As a way to capture attention and introduce its new all-wheel-drive models, British carmaker Jaguar opted to build a larger-than-life snow globe in New York in the height of summer. The promotion, which opened Thursday, August 16 and runs through Saturday, August 18, is dubbed "Chill NY" and includes an ice-skating rink open to the public.

"Obviously with all-wheel-drive you have to have some kind of inclement weather, and we thought doing something like a snow globe in the middle of the city—especially during one of the hottest summers—would really stand out," said Maryclaire Grace, MKG director of production.

Housed within a transparent, spherical tent situated on a vacant lot by the High Line, the stunt has a snow machine that adds to the wintry setting with falling ice flakes. Professionals give visitors skating lessons on a rink with a synthetic plastic, rather than ice, surface. Surrounding the globe are white tents emblazoned with the event's official hashtag, #ChillNY, which provide shade over a lounge area equipped with Wi-Fi and white couches, and the skate rental counter. Other nods to the icy theme include large snowflake- and iceberg-shaped sculptures that serve as a backdrop for the photo op, and cool treats like ice cream and snow cones supplied via a convoy of food trucks. 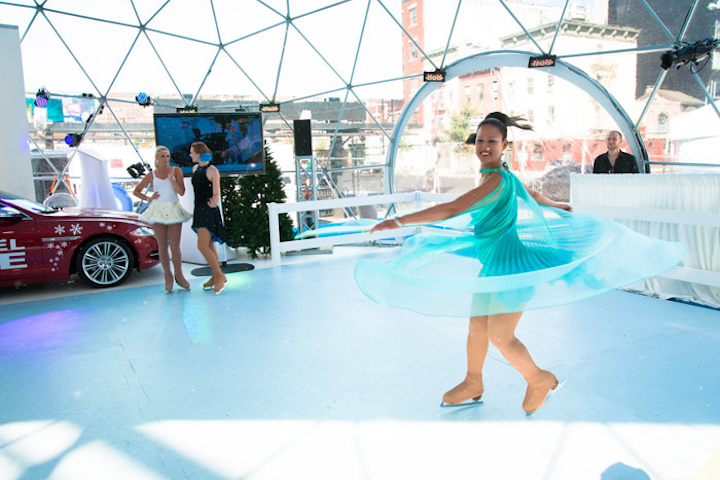 Professional figure skaters are on site to interact with guests and give skating lessons.
Photo: Keith Sirchio for BizBash 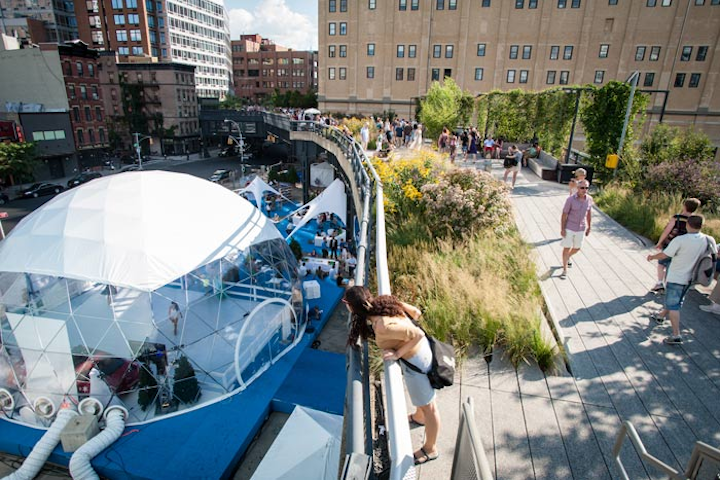 To debut its new car models, Jaguar set up an experiential stunt by the High Line, looking to bring the winter weather to the New York summer via a large snow-globe-like tent.
Photo: Keith Sirchio for BizBash 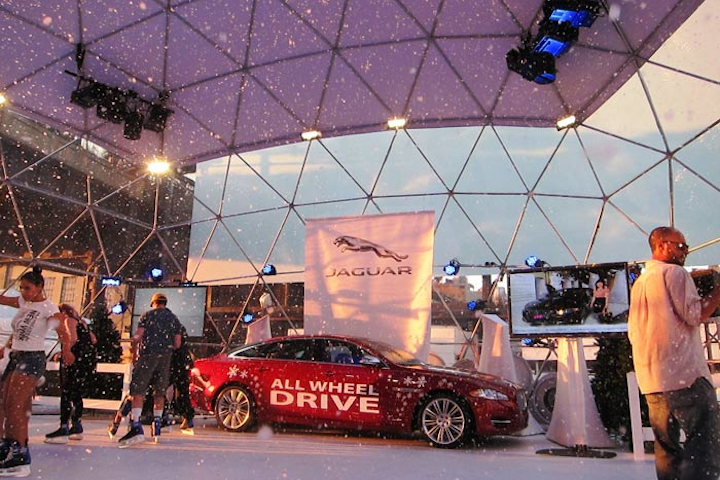 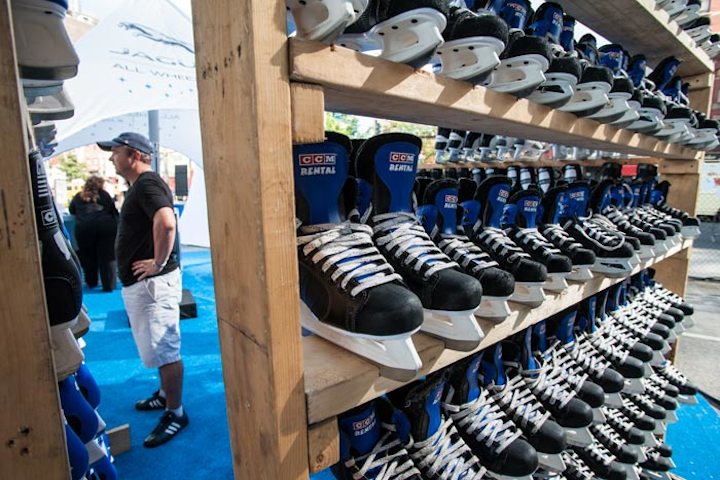 All Year Sports Galaxy donated unused skates for the promotion. On-site at the skate-rental counter, attendees can check out skates in their size. Wooden cube-like shelves inside the globe serve as lockers to hold belongings.
Photo: Keith Sirchio for BizBash 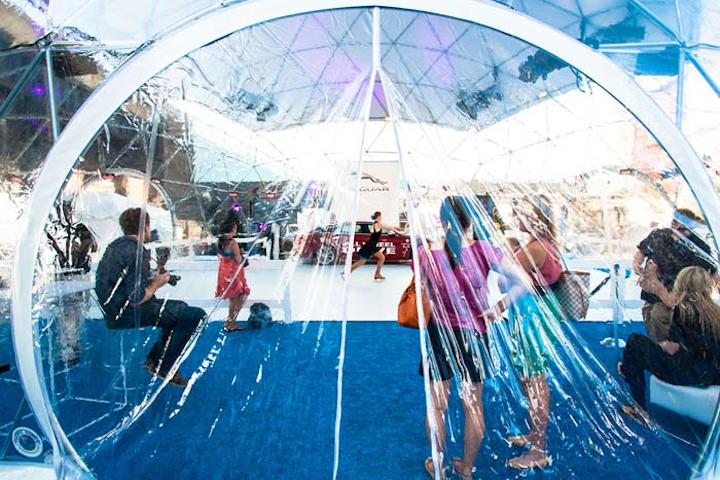 The tent, which is air-conditioned, is enclosed and holds about 64 people.
Photo: Keith Sirchio for BizBash 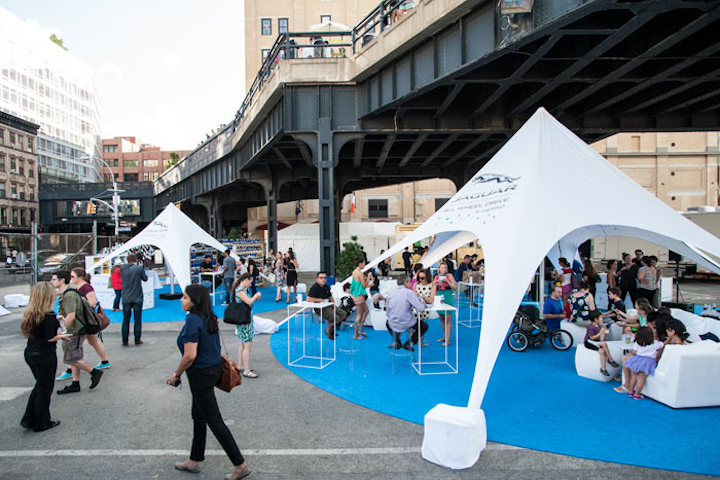 Several tents throughout the space mark the different stations, including a guest lounge, a skate-rental counter, and additional seating on highboys and transparent bar stools.
Photo: Keith Sirchio for BizBash 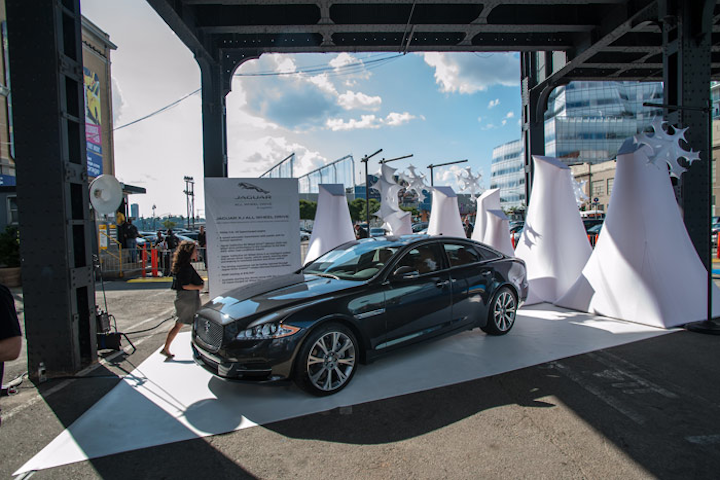 In the photo-op area, large iceberg-shaped sculptures serve as the backdrop, and guests can pose with one of the new sedan models.
Photo: Keith Sirchio for BizBash 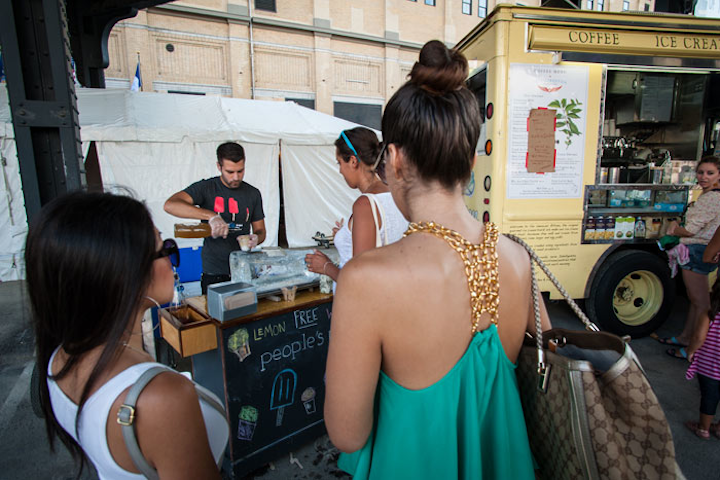 Attendees can sip on cool treats like spiked shaved ice and ice cream from the various food trucks that stop by the promotion.
Photo: Keith Sirchio for BizBash 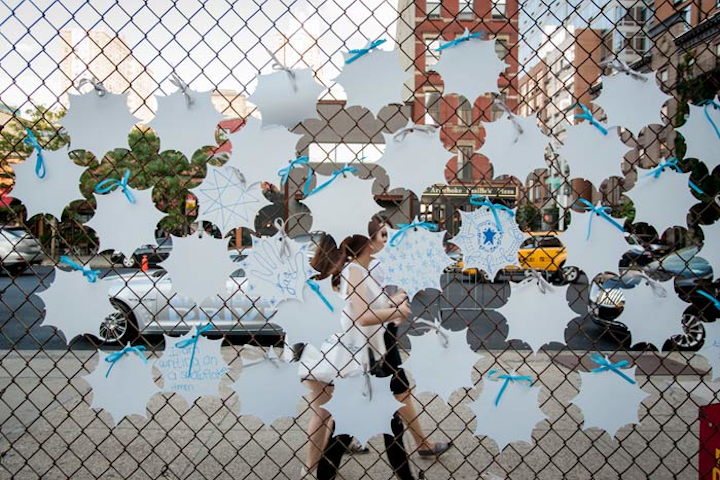 At one station, kids are provided with markers and paper to customize their own snowflakes, which then are used to decorate the fence.
Photo: Keith Sirchio for BizBash 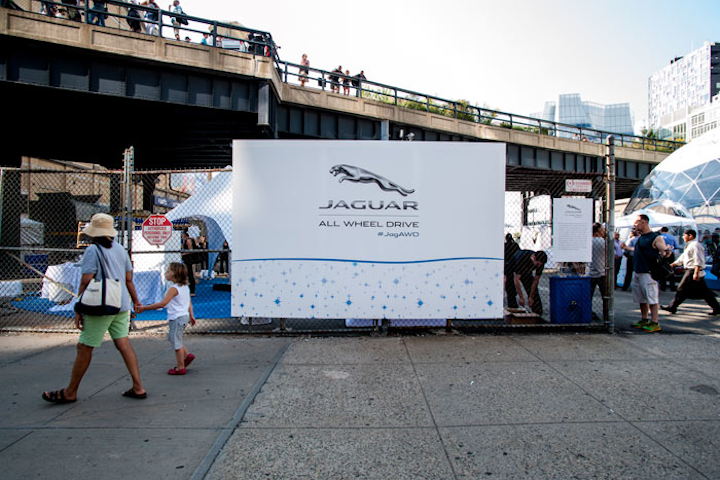 The promotion goes through Saturday, and is open to the public.
Photo: Keith Sirchio for BizBash
More in Catering