The Starlight Children’s Foundation once again returned to the Four Seasons in Georgetown on Saturday to host its 13th annual fund-raiser. The co-chairs for this year’s gala decided to revamp the style of the event from a seated dinner for 470 to a moveable feast and cocktail party. The group reached out to Aimee Dominick of A. Dominick Events to bring the new setup and the design inspiration—John Berendt's nonfiction novel Midnight in the Garden of Good and Evil—to life.

“It’s been the same event in the same space for the past 12 years, so the idea of breathing new life into something is exciting,” said Dominick.

Dominick noted the new catering setup, with seven food stations and a myriad of passed, heavy hors d’oeuvres, provided a challenge to ensure the guests, who paid $500 per ticket, still felt satiated without the three-course dinner. The hotel’s catering staff doubled the quantity of food this year to accommodate.

“For a normal plated meal you usually have [for example] butternut squash, then the main course is a petite fillet with vegetables and a starch; it’s not a lot of quantity,” said Dominick. “Where something like this, we want them to feel like they’ve had enough to eat and seen interesting things coming by.”

Fabrication Events used heavy black drape to cover the walls of the three rooms. Frost Lighting used a selection of golden, red, and green lighting to create a swamp-like atmosphere. Amaryllis added to the effect with Spanish moss suspended from the chandeliers, wall sconces, and by adding lit lanterns and candelabras to the cocktail and lounge seating throughout the rooms.

E! News correspondent Ashlan Gorse served as the night’s M.C. and assisted auctioneer Dean Crownover in generating attention for the live auction that brought in nearly $600,000 for the foundation. New Orleans musicians the Honey Island Swamp Band provided the main entertainment for the evening, before turning the crowd over to DJ Blue for the after-party, which brought in an additional 90 guests who purchased the discounted Young Professionals Council ticket. 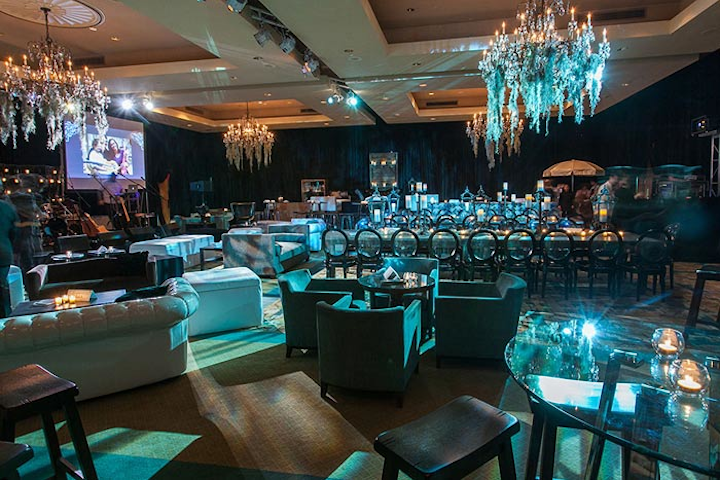 Amaryllis draped Spanish moss from all of the chandeliers and wall sconces to create a swampy atmosphere.
Photo: Tony Brown/imijphoto.com for BizBash 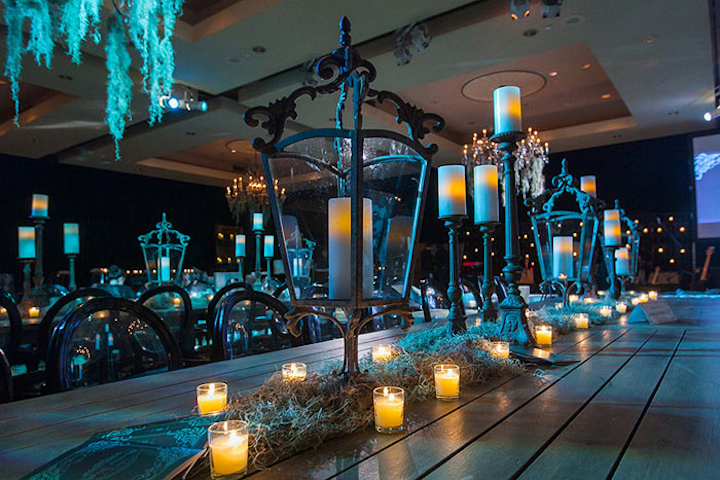 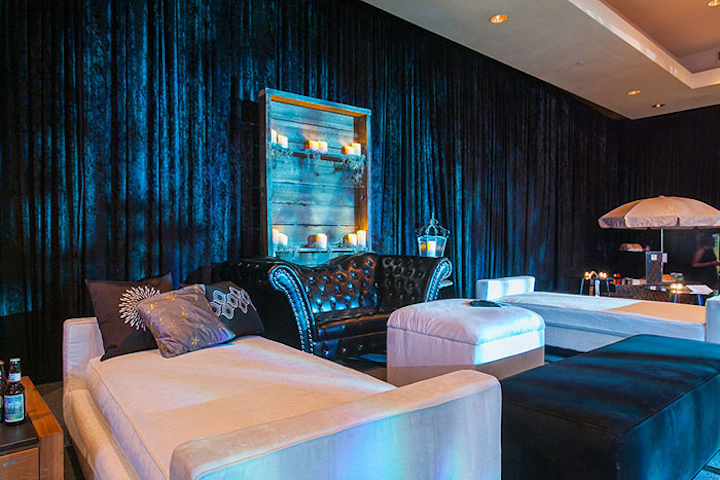 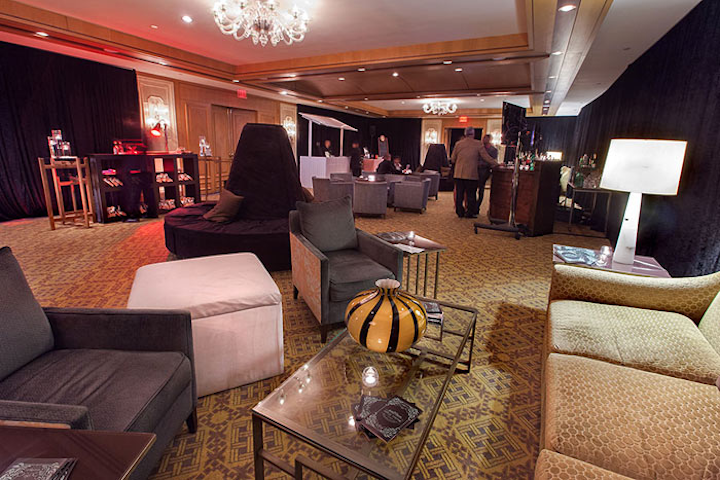 DC Rental set up multiple lounge groupings of moss green, gold, and black furniture for seating in one of the two exterior rooms from the main event space.
Photo: Tony Brown/imijphoto.com for BizBash 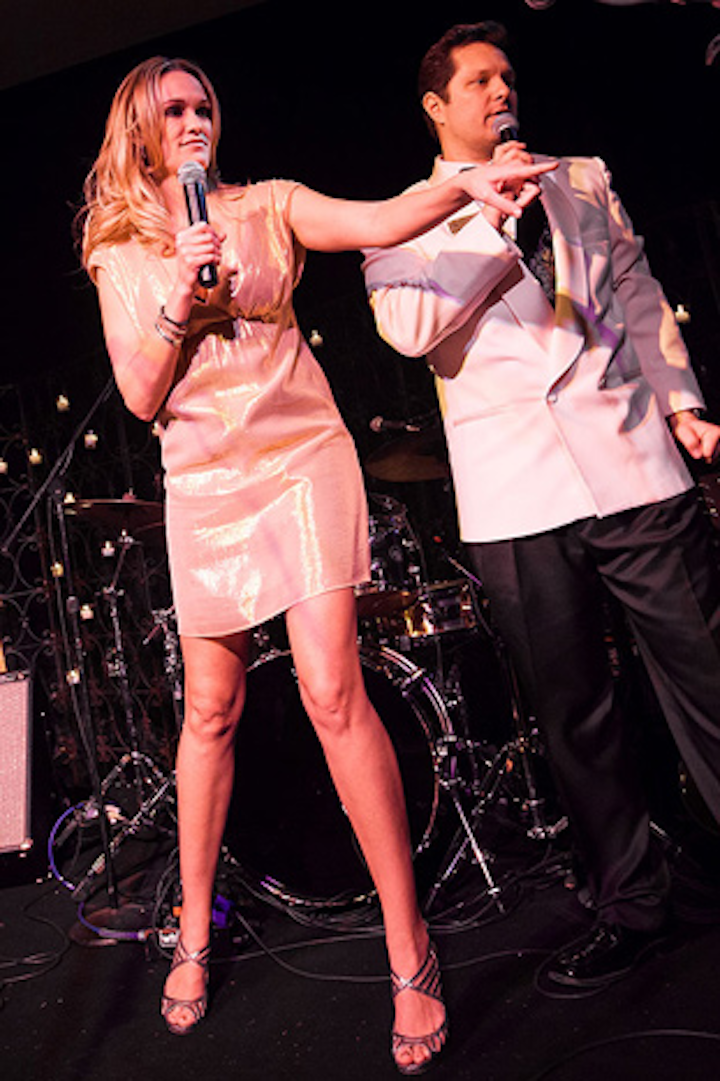 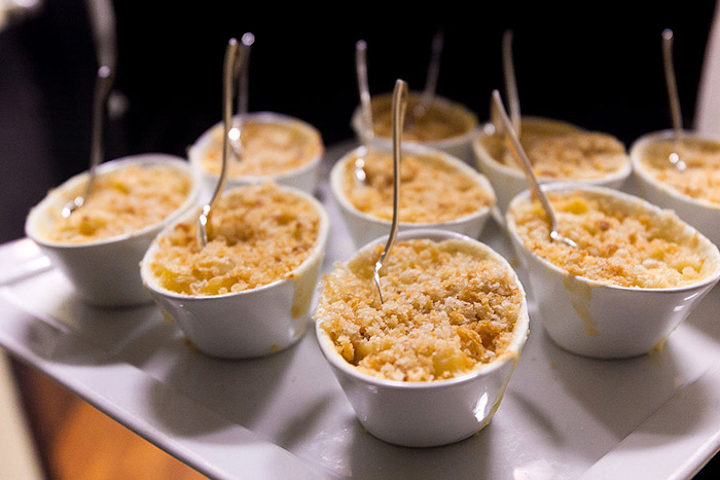 Mini bowls of mac and cheese were among the savory passed hors d'oeuvres.
Photo: Tony Brown/imijphoto.com for BizBash 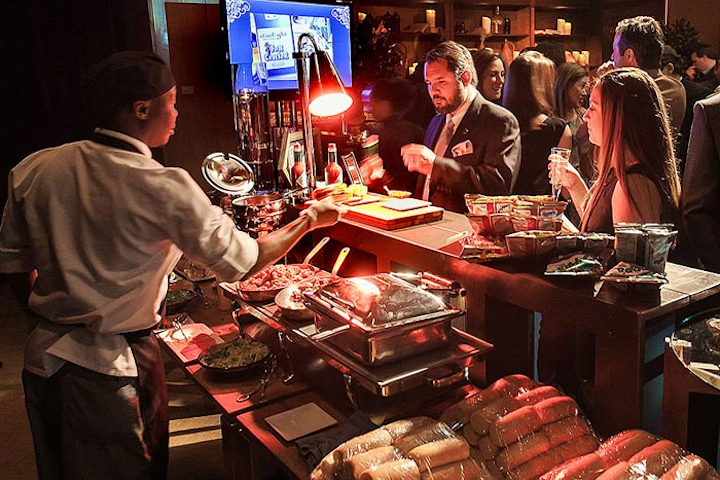 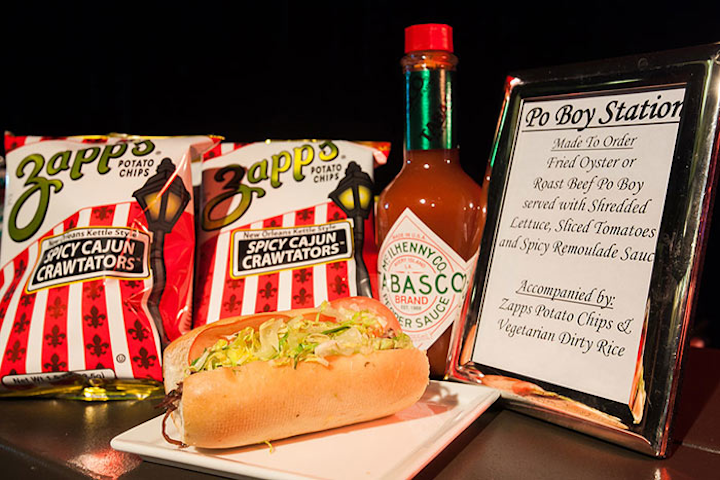 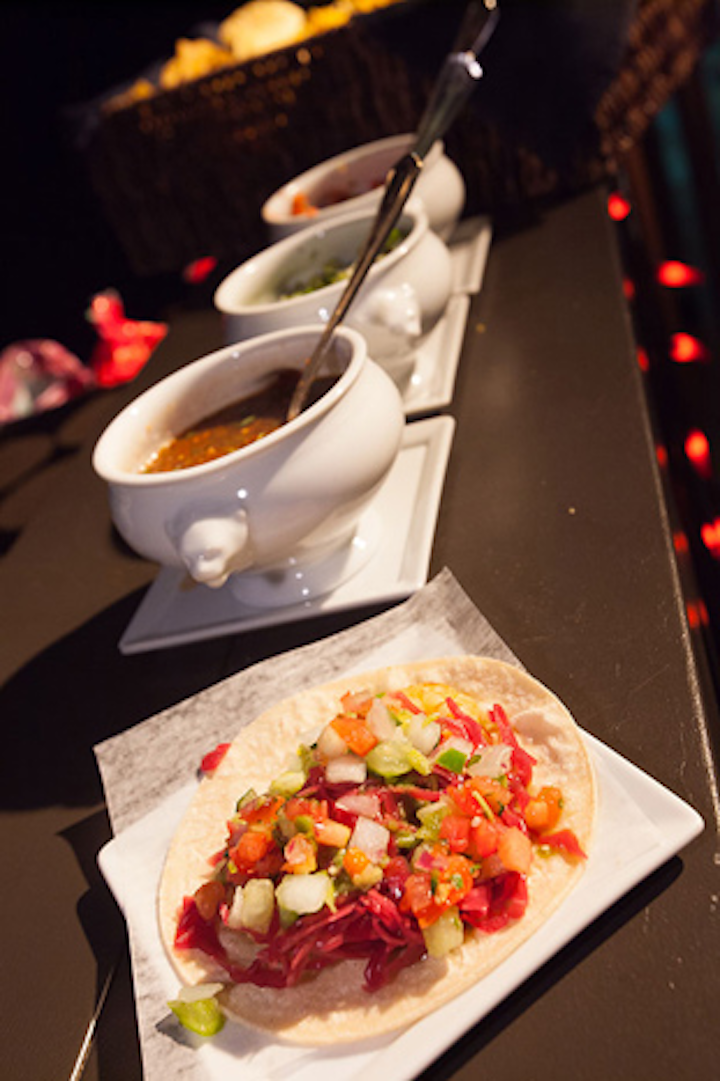 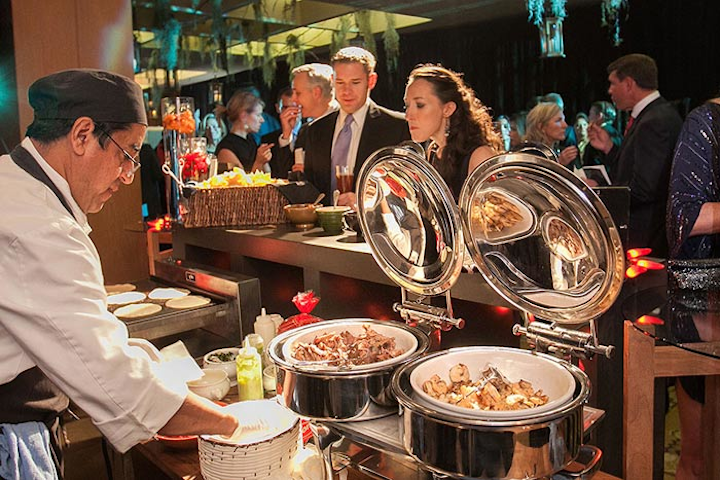 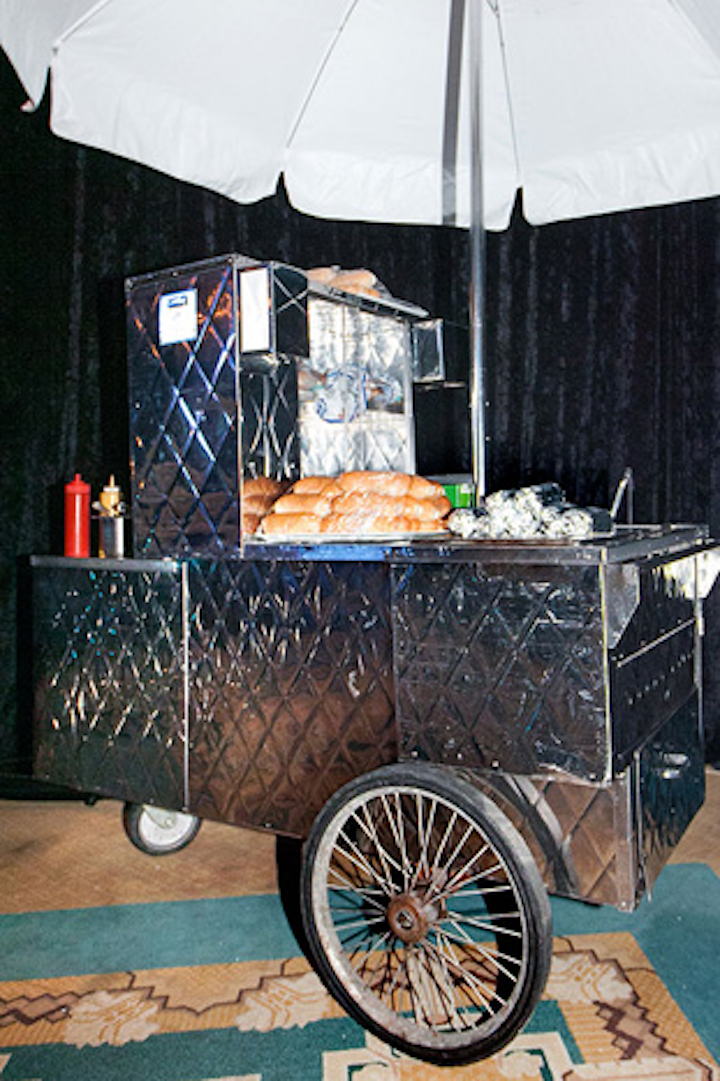 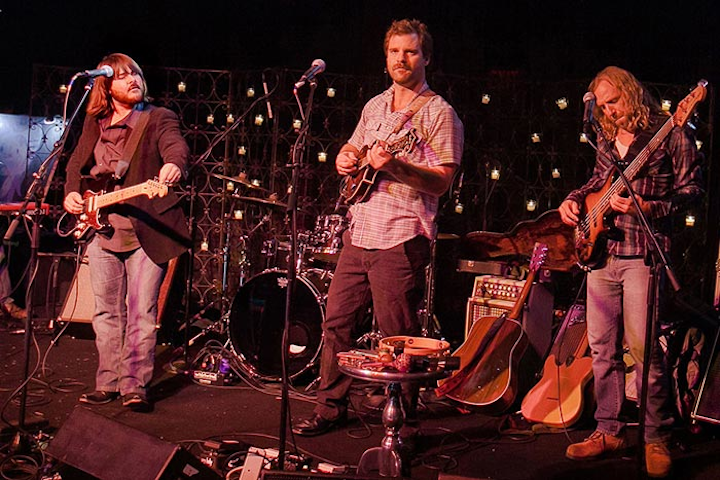 The Honey Island Swamp Band flew in from New Orleans to perform for the night.
Photo: Tony Brown/imijphoto.com for BizBash 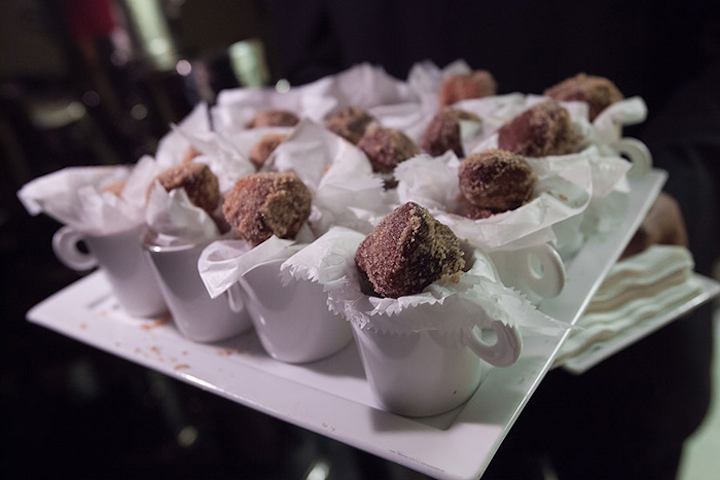 The hotel served a twist on the classic New Orleans staple of beignets, which were topped with cinnamon and sugar instead of powered sugar, for dessert.
Photo: Tony Brown/imijphoto.com for BizBash 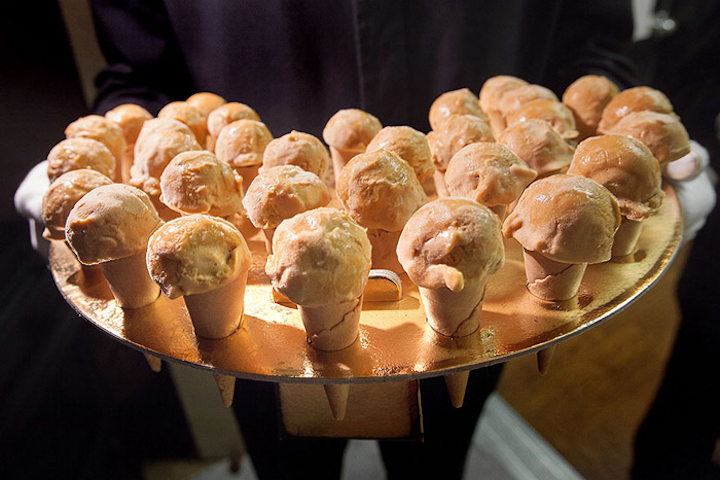