The Illinois State Society inaugural gala for 2,000 catered to its masses with reminders of home and a maze of thematic vignettes.

Cash bar and decor-void ballrooms are the backbone of many an inauguration party. So when the Illinois State Society's gala incorporated themed vignette after themed vignette, recognition must be given for the effort alone. The masses would come (and likely be pleased) regardless, but when they can do the electric slide in a diner alongside a pink Cadillac or eat deep dish pizza while listening to piano player warbling La Vie en Rose in a meeting room dubbed the Honky Tonk Lounge—well, that's when the masses go from pleased to elated.

Held at the Renaissance Washington just a few blocks from the Capitol, the 24th annual gala aimed to recognize all that's great about Illinois, from its Magnificent Mile and Doublemint Twins to its state fair and CAT truck. Produced by gala chair Suzanne New, the event took over two hotel floors and manifested itself in a dozen or so vignettes with names like Irish Pub (accented by an inexplicable cardboard castle), Disco Lounge, and State Fair. "We wanted to conjure up every area of Illinois, down state, upstate—the sights and sounds you'd see in Illinois, whether at a state fair, a homecoming game, or a movie filmed there," said New, who began the planning process 18 months ago.

So did Obama's win change anything about the event? "Not really," said New, whose day job is working in events at Lockheed Martin. "We thought it would be great if he won, but the only thing that really changed was that we sold out really fast."

Comprised of a dinner portion (for $500 a seat) and a cocktail reception (for $300), the evening was a traditional inauguration ball at its heart, serving up buffet after buffet of I.D.-free eats (was that a meatball or a pierogi?) and offering dozens of bars. Although most of the evening's cardboard or plastic decor could have been purchased at the Party Store, the event catered to an audience that was easy to please. More than 2,000 guests came to eat pizza, take their picture in front of the inaugural seal, watch montages of Ferris Bueller's Day Off and The Blues Brothers, and celebrate the inauguration of a hometown president. Production didn't come close to the pricey proceedings of the fanciest movie premieres and corporate dinners, but then again, it wasn't supposed to. 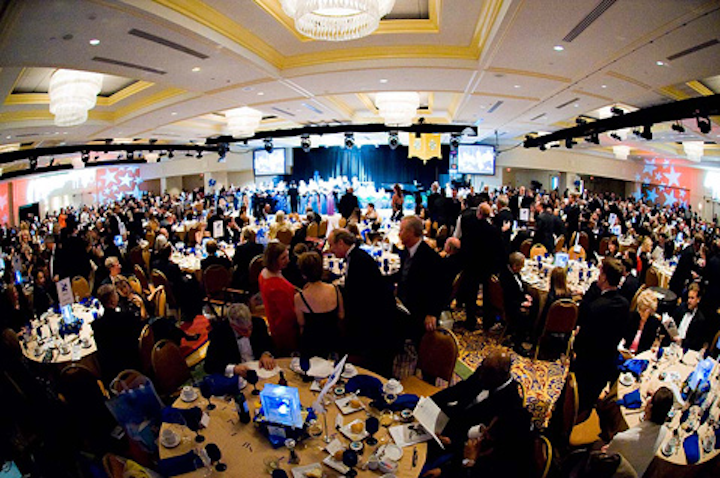 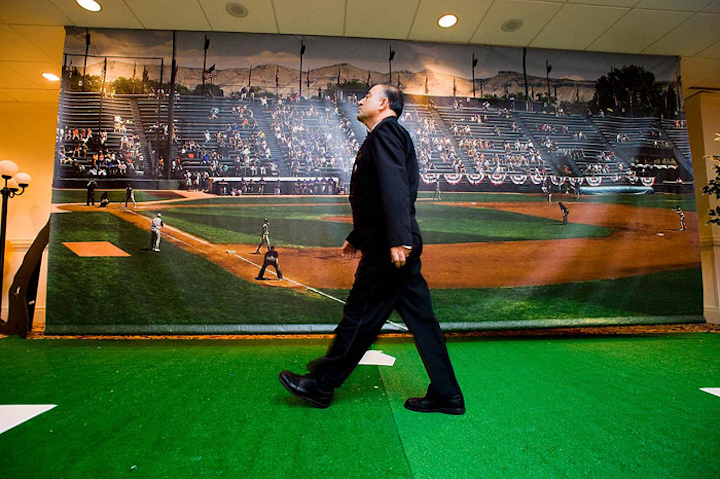 Guests walked over a mock-up of Chicago's Wrigley Field, complete with AstroTurf and bases.
Photo: Joseph Allen for BizBash 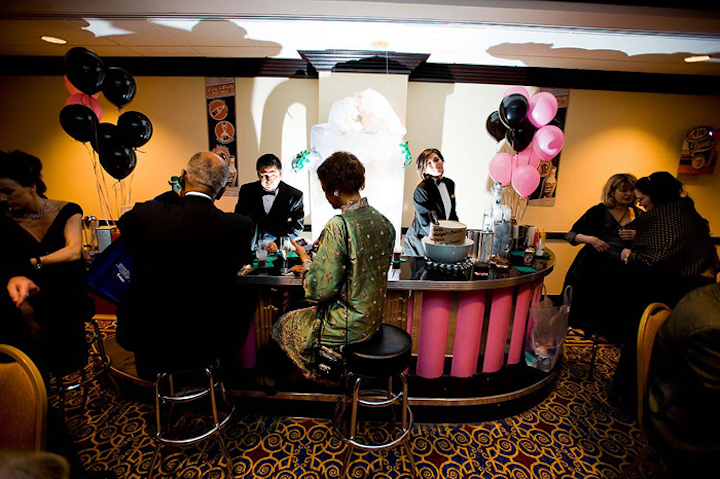 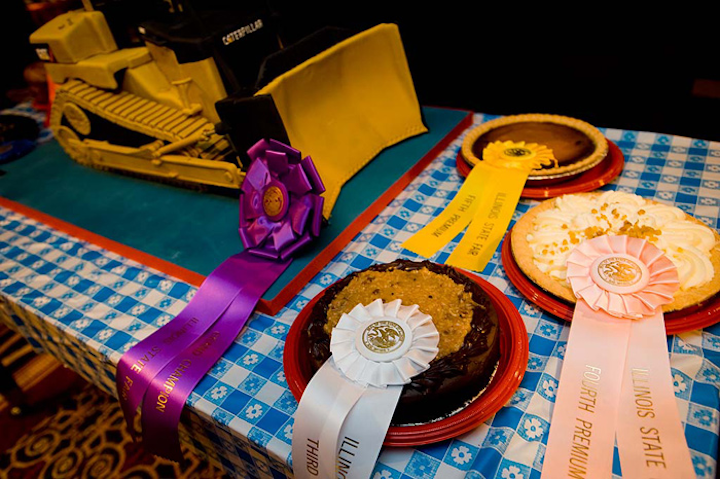 Planners showed off prize-winning pies, like those you'd find at the Illinois State Fair.
Photo: Joseph Allen for BizBash 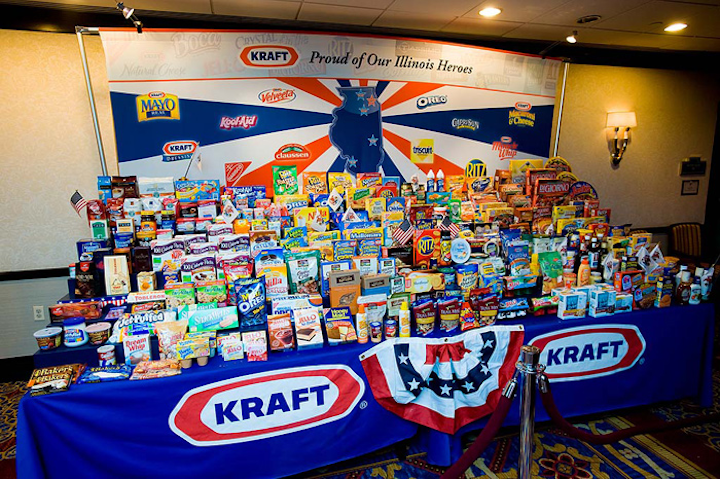 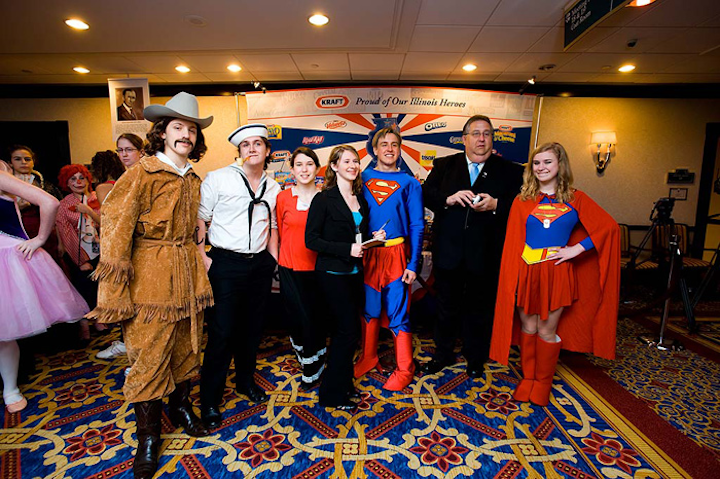 A high school drama group from Illinois showed up to dress as state icons such as Superman and Wild Bill Hicock.
Photo: Joseph Allen for BizBash 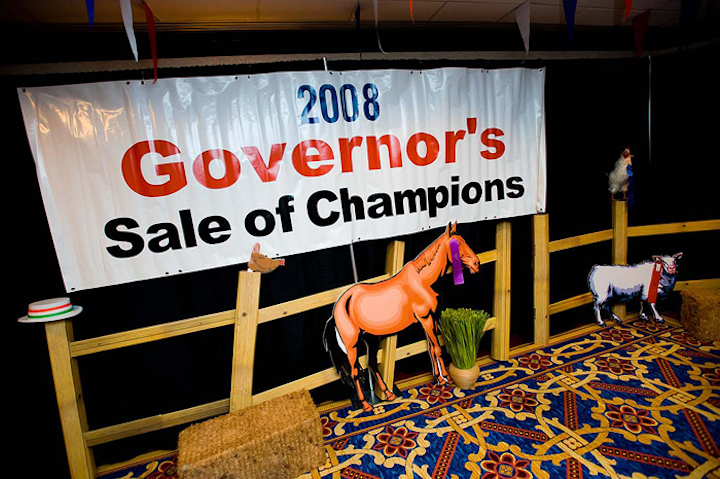 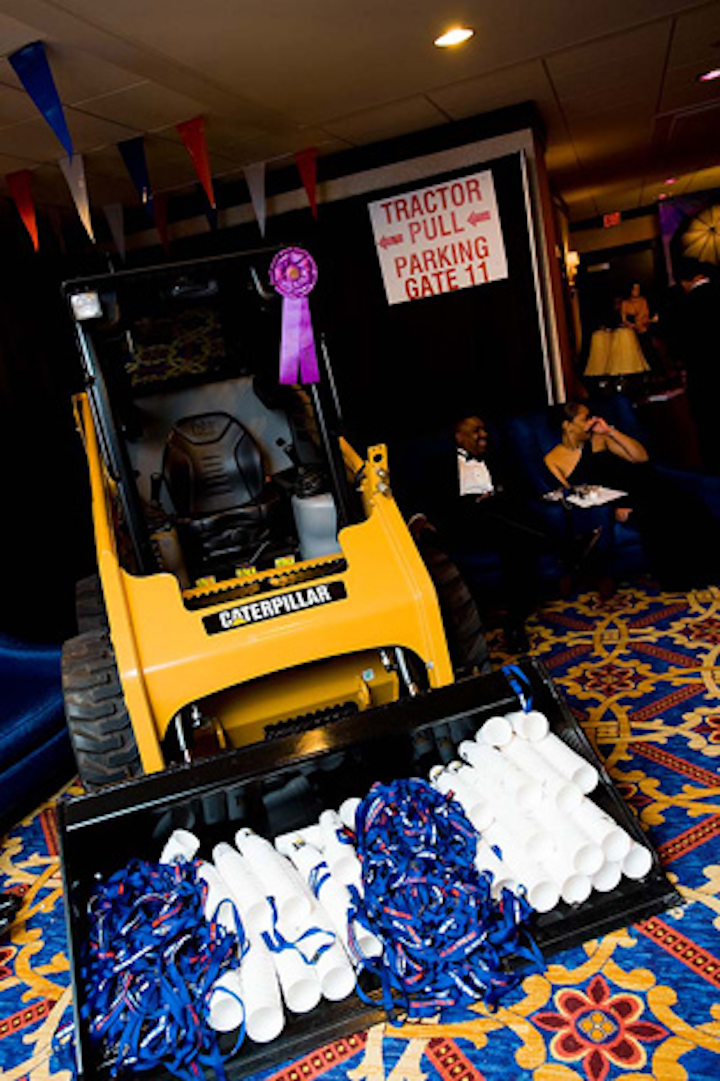 The Illinois ball honored one of its state's natives, the CAT truck.
Photo: Joseph Allen for BizBash 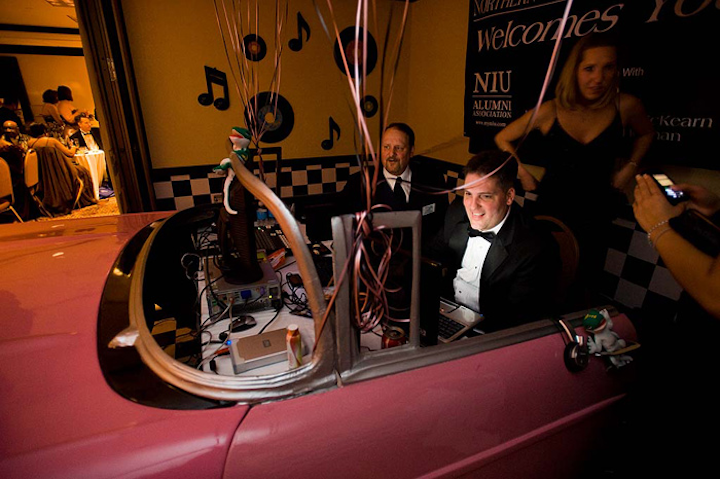 Northern Illinois University had a presence inside of a pink Cadillac.
Photo: Joseph Allen for BizBash 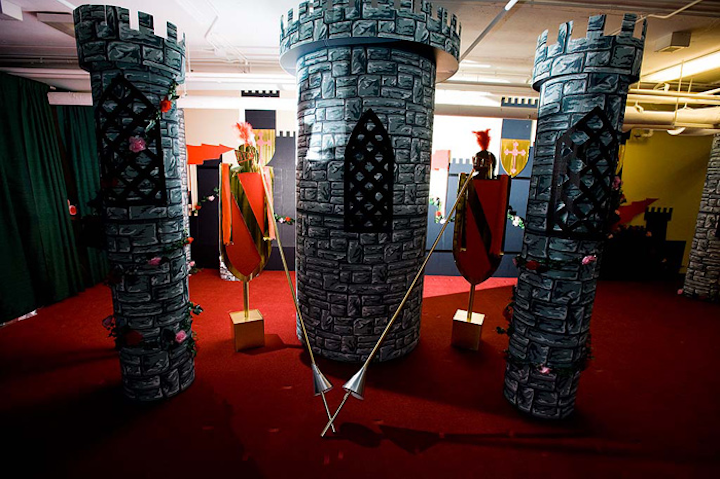 Guests at the ball were surprised to see the variety of vignettes incorporated into the event.
Photo: Joseph Allen for BizBash
More in Chicago