When tenting Lincoln Park Zoo grounds for a large-scale fund-raiser, planners had to take weather and emergency vehicles into account.

On Friday night, the carousel at the Lincoln Park Zoo had more sophisticated passengers than usual as guests at the black-tie Zoo Ball took cocktail-hour rides in tuxes and animal-print gowns. Themed "Spots and Stripes Forever," the fund-raising dinner dance—which drew some 750 guests—"really focused on the animals," said Erin Dahl, the zoo's manager of donor events. Although last year's affair had an "Emerald City" theme, this time around, chair Patricia Cutilletta "didn't want a fun, whimsical theme that didn't really have a zoo tie-in," Dahl said.

With the help of designers from Heffernan Morgan, the evening's cocktail tent became what Dahl referred to as a "zoo hall of fame." Banners hanging from the tent's roof depicted some of the zoo's feathered, furry, or scaly occpants; and a custom 40-foot bar incorporated illuminated photos of zoo grounds. In the dinner tent, Frost's paw-print-shaped gobos formed a path down the all-white dance floor, and projections of frogs, zebras, and other zoo animals illuminated the top of the tent.

Setting up the gala on the open-to-the-public zoo grounds put the planning team on a tight schedule. Last Sunday night, the tents went up; Hall's, Limelight Catering, and other vendors came in for "the big rental delivery" on Thursday, said Dahl. Though the vendors were able to get most everything in place on Thursday night, they weren't able to complete the process for legal reasons: "[When the zoo is open,] we are required by law to keep a 10-foot walkway through the tent, so that if there was an emergency and we needed to get an ambulance through or anything of that nature, we would have space for movement," Dahl said. When the zoo closed at 3:30 on Friday afternoon, the vendors and planning crew began what Dahl referred to as a "mad dash," working until the gala's 6:30 start-time to fill the previously empty walkway with tables and other rentals.

Dahl said that the summer's unusually rainy weather "has certainly been a logistical challenge for us. We've had our eyes peeled on the weather like crazy." Ultimately, the planning team arranged for HDO rain tents to cover the main registration area, which sat just inside zoo gates; they also rented marquee tents to cover the open-air stretch between the registration area and the gala's curbside drop-off point. And though the skies turned out to be clear on Friday, "It's better to be safe than sorry, in a year when the weather's been so unpredictable," Dahl said. 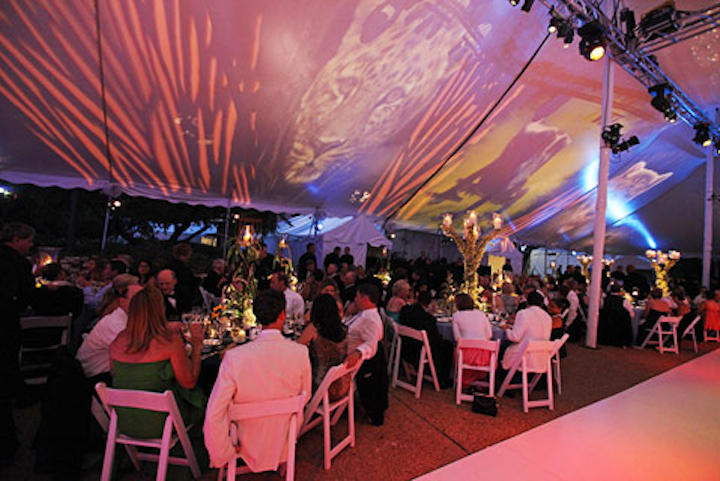 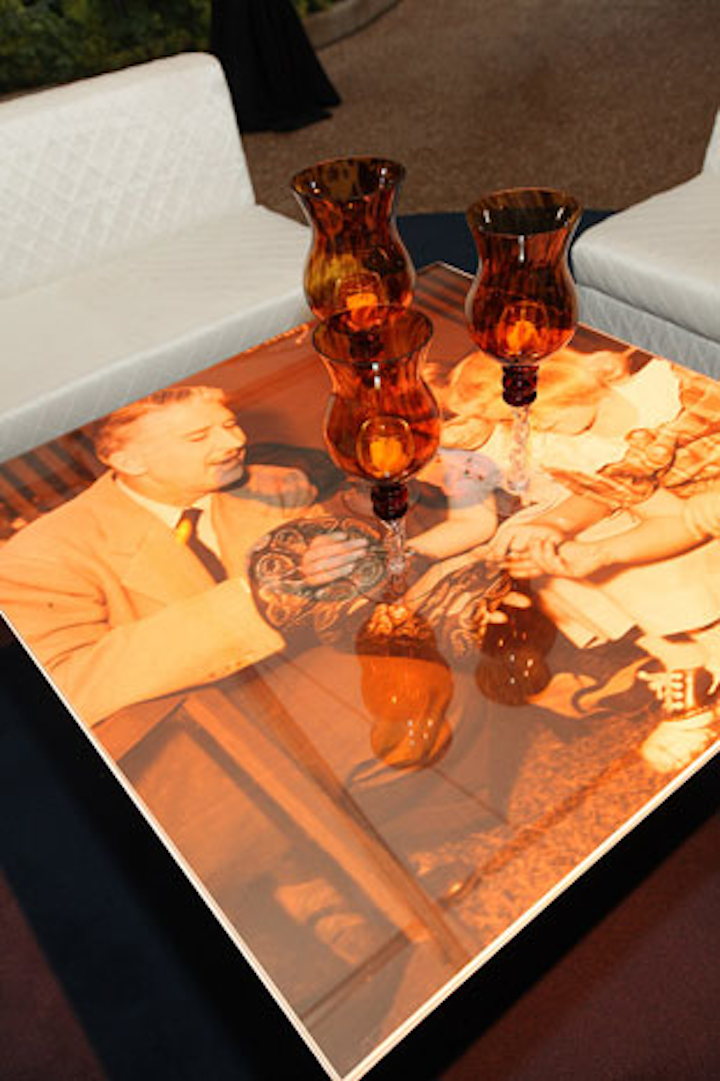 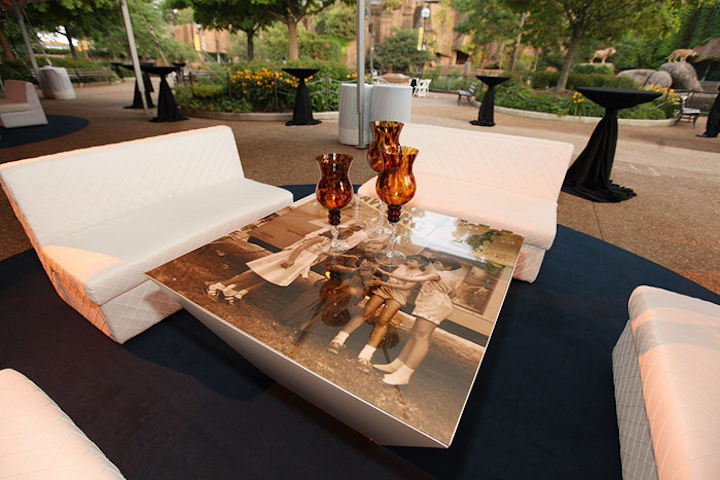 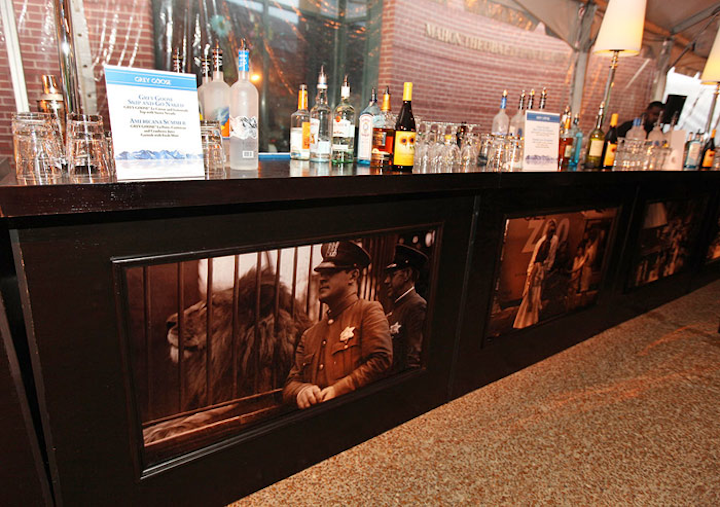 Old photos of the zoo adorned the base of the cocktail tent's 40-foot bar.
Photo: Barry Brecheisen for BizBash 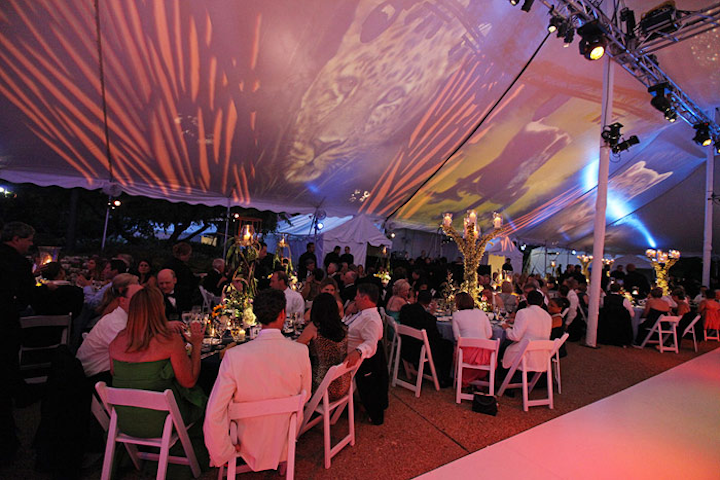 Frost illuminated the top of the dinner tent with images of zoo animals and prairie grass.
Photo: Barry Brecheisen for BizBash 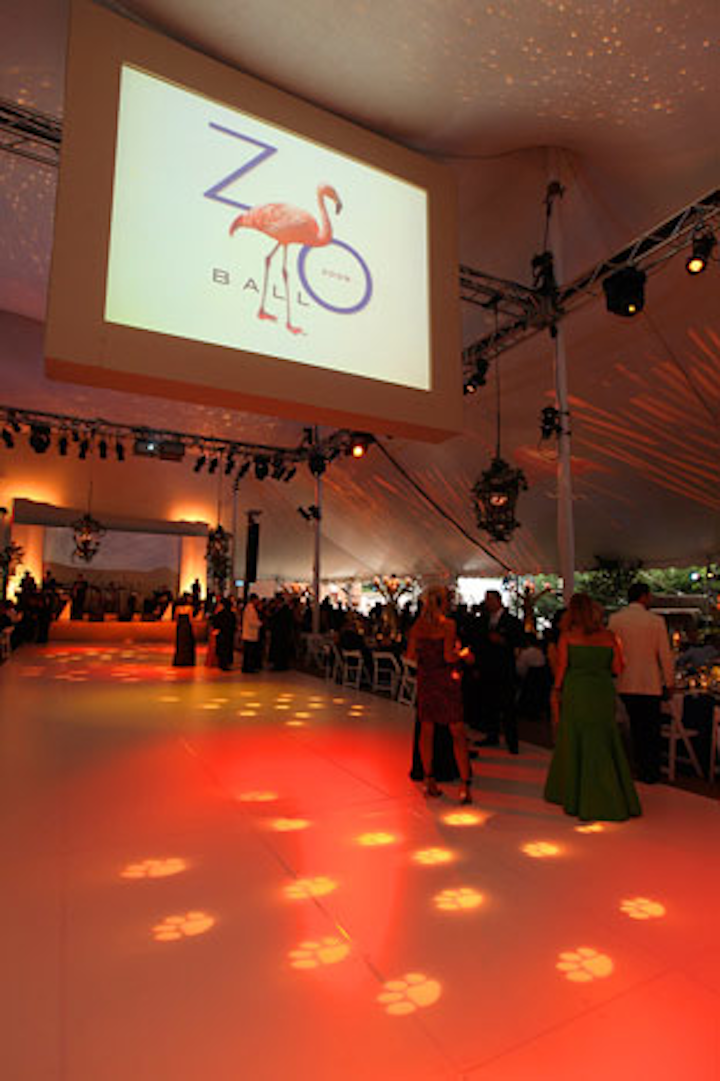 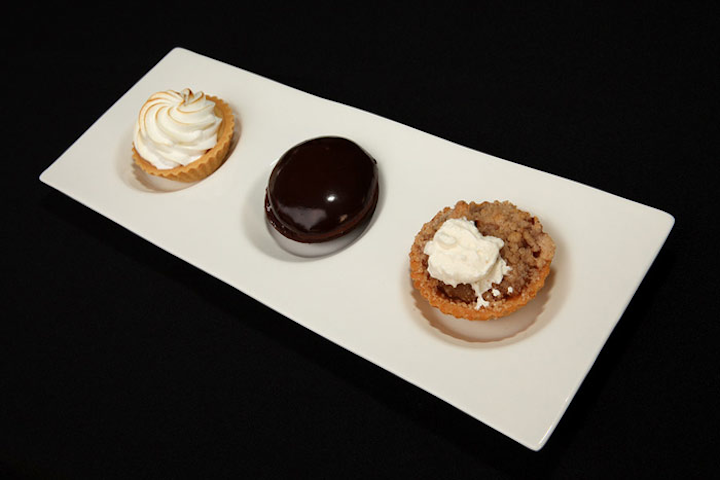 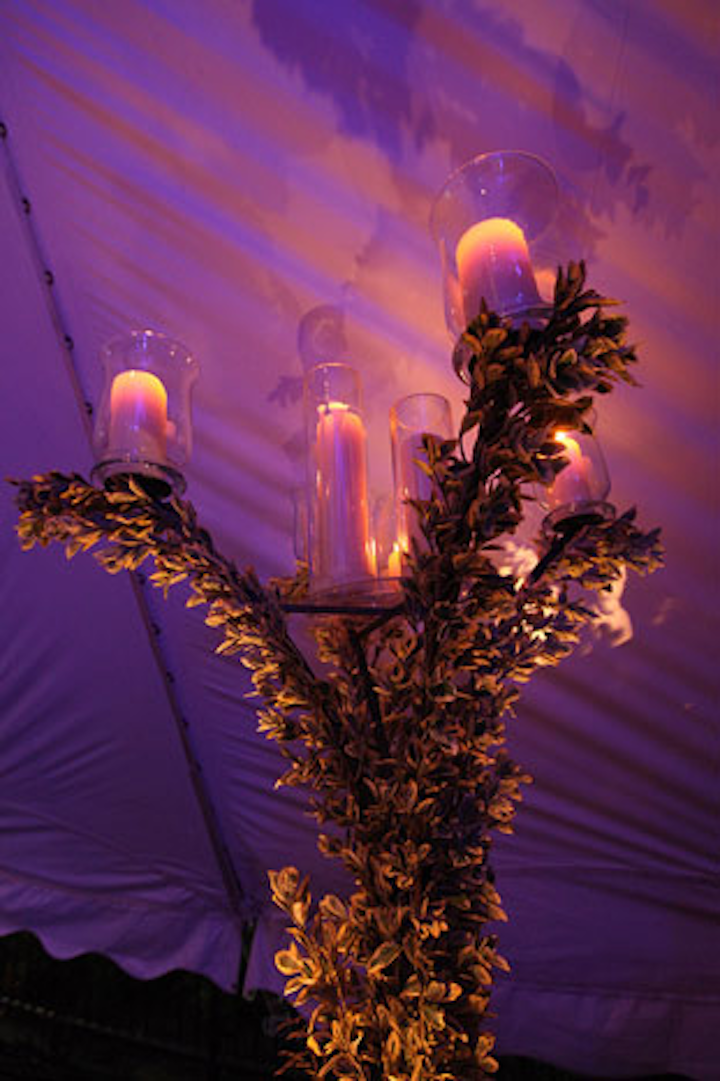 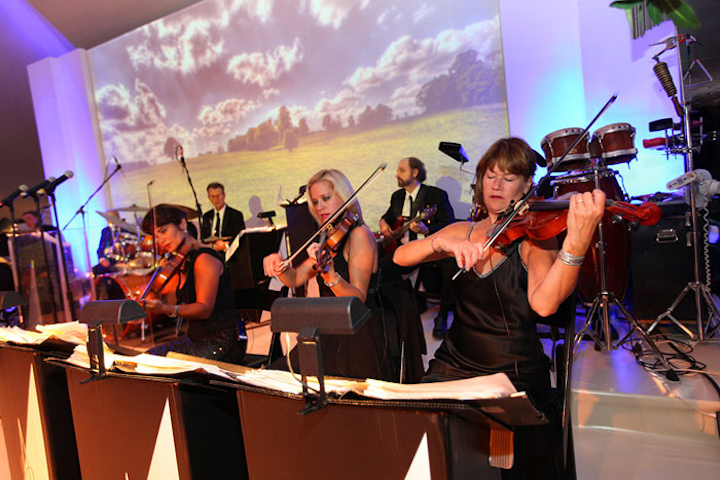 After dinner, the Ken Arlen Orchestra performed against a prairie backdrop.
Photo: Barry Brecheisen for BizBash 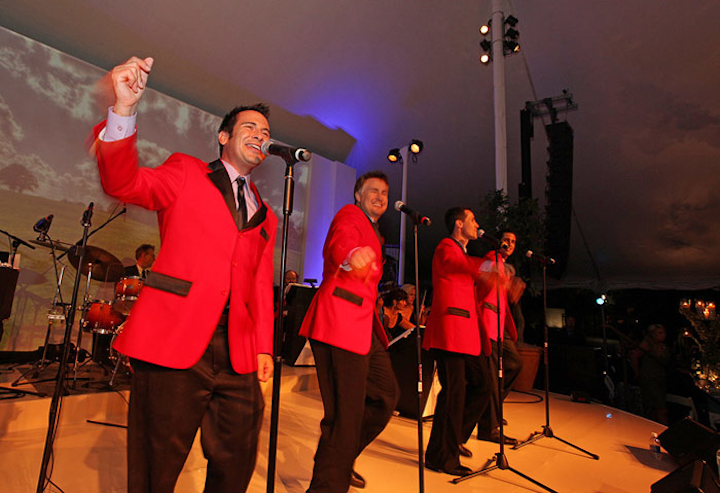 Oh What a Night, a Frankie Valli & The Four Seasons tribute band, sang with the Ken Arlen Orchestra.
Photo: Barry Brecheisen for BizBash
More in Chicago