Kate Keough, senior vice president of consumer marketing for MTV, discussed the network's acquisition of SnowGlobe Music Festival, the revival of Spring Break as a global event, and more. 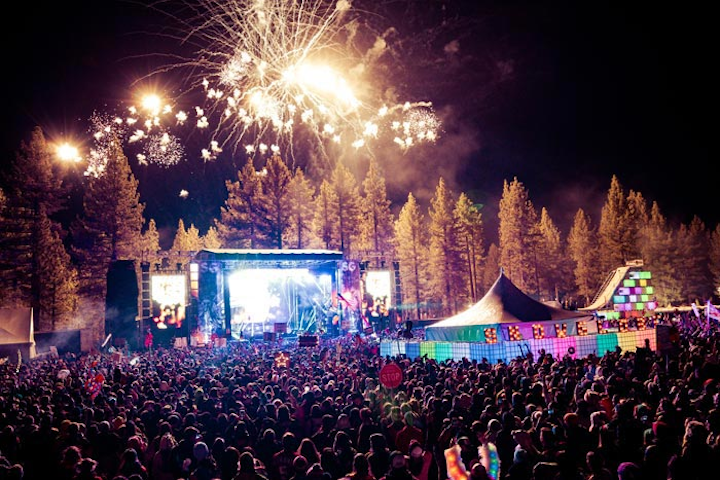 Along with other television networks, MTV has been experiencing revival fever. The network rebooted classic series like TRL and Jersey Shore, and it has already greenlighted a reboot of The Hills. Earlier this month, MTV announced that its latest revival will be Spring Break.

Slated to return in 2019, MTV’s live event staple of the early 2000s will take place March 19 to 21, 2019, at the Grand Oasis Hotel in Cancun, Mexico. Similar to its original format, the event will feature celebrity guests and musical performances. Network executives will have to decide if the revival will stick to the roots of its raunchy predecessor, which ran from 1986 to 2014 on multiple MTV channels, and feature college students binge drinking and partying in their bathing suits. The new version will debut in a post #MeToo era where there's heightened awareness about sexual harassment, sparking online criticism and questions about whether the event's return is a good idea (a subject that the network declined to discuss).

This month's Spring Break announcement also came on the heels of the brand's acquisition of SnowGlobe Music Festival, an annual New Year’s Eve music, arts, and sporting event in South Lake Tahoe, California. The two events are major additions to MTV’s portfolio of global live events—which include the Millennial Awards in Brazil and Mexico, the MTV Europe Music Awards, and the Isle of MTV music festival in Malta—and demonstrates the brand’s push to expand its live events business.

Kate Keough, senior vice president of consumer marketing for MTV, discussed what the brand has planned for SnowGlobe and how it plans to modernize Spring Break. Keough also shared which other events the brand may consider producing in the future.

This month, MTV announced it acquired SnowGlobe Music Festival and is bringing back Spring Break. Why has the brand started a new push into the live events space?
I think we’ve always been a player in the live events space throughout our history. Right now, it’s our latest step to build on the success the channels are having, and for us to diversify on cable and be out in the marketplace for consumers to interact with.

Can you talk to me about the decision to acquire SnowGlobe and what MTV plans to do with the event?
Our team is always looking at different, fun events that are happening across the country. When we saw SnowGlobe, we instantly fell in love with it, as music fans and fans of the festival space. It’s an incredibly unique festival. It’s outdoors, après ski, it’s in Tahoe, and it’s during New Year’s Eve. They’ve had amazing talent perform. It’s a really unique mix of sports and art. Artists love it, consumers love it, the audience loves it. It’s this amazing experience we wanted to be a part of.

How does MTV plan to broadcast the festival? Will there be changes to the event format?
We’re taking a little bit of a slower approach. We just acquired it and it’s happening in about six weeks. We wanted to get deeper into live events, so we jumped into this one fast. We’re really excited to get there, be on the ground, and really experience it from this new point of view. We’re going to be shooting some digital content from there and doing activations on the ground. Moving forward, we’re really excited to look at how we can expand the format. There are always ways to reinvent it, whether it’s via the format, via on the ground, and via locations that we choose. We’ll hopefully expand this to different locations. We’ll look next year to make it our central New Year’s Eve hub and expand it from there.

Why did MTV decide to revive Spring Break for 2019?
In the last year or so, we’ve been having great success with some of our original and most iconic I.P. [intellectual properties]. Spring Break is synonymous with MTV. We thought it was the right time to bring it back. We felt that it was big, it was loud, it was fun, and it was time to get back into live events. What better way to do it than with the quintessential live event, which is spring break.

How do you plan to modernize the event—both for those attending and those tuning in?
We’re still working on that a little bit, to be quite frank. The last time we were on the ground and did Spring Break—it was with MTVU—was in 2014. If you look at the landscape, so much has changed between digital and social, and with this audience and how they like to experience their vacations. We’re taking a look at a bunch of different things. We need some Instagrammable moments, for sure. I think we’re looking at on-the-ground experiences to be more unconventional from what you would think of spring break. With this crowd, maybe there’s afternoon yoga before you get ready to go out. Or there’s self-care [activations] going on at the beach and around the pool. So we’re really still exploring, but looking at what this audience likes in their daily life and trying to expand on it that way.

MTV also announced it will host alternative Spring Break events for young activists, or people the network describes as those who use their free time to give back. Can you elaborate on what will happen at these satellite events?
We’re still working on that a little bit, too. We’re certainly looking at alternative spring break experiences. This age group and this generation, they certainly are change agents. They want to create change and they want to give back. Spring Break could be the perfect platform to show the other side. Maybe they’ll use their week off to do some good and contribute to a cause or their favorite charity. We’re looking at different ways we can express that digitally, socially, and on air.

What else does MTV have planned for its live events business?
First and foremost, we need to get through Spring Break and SnowGlobe. What we really loved about those two events is that we were looking at the quintessential life moments for young people. Everyone wants a fun New Year’s Eve plan. Spring break is kind of a rite of passage, and something every young person does. I think we’ll look to other key life stages for this age group. It could be what happens around graduation, what happens when you go back to school or to college for the first time, or senior year. We’re taking a look at all of these key life stages and figuring out how we can create, grow, and make new events from those key moments.