The L’Enfant Society hosted its second annual Ball on the Mall on Saturday night under the shadow of the Washington Monument on the National Mall. The sold-out black-tie affair, held in a series of tents, attracted more than 800 people and raised $350,000 to restore and improve the National Mall. The event has quickly become one of the top events of the year for the young philanthropic crowd, and Allison Signorelli, the Trust for the National Mall's fund-raising consultant, along with her committee, wanted to retain and capitalize on that status when they began planning this year’s event.

“After last year we took a hard look at what people liked about the event and what they didn’t like,” Signorelli said. “We thought there was a hole in the event market for people in their 30s and 40s when it came to exciting, affordable black-tie events; especially ones that included a seated dinner. There are plenty of super-expensive dinner events and cocktail parties, but nothing in the middle.”

She continued, “I think one of the big factors in the success of this year’s event was the addition of a seated dinner. We were able to attract a lot of new sponsors who were interested in sponsoring a table as opposed to sponsoring just a buffet and dance event.”

The V.I.P. dinner got under way after 6:30 p.m. under a clear top tent, which allowed the 350 diners to sit for their meal and interact in natural light. Guests were seated at a mix of rectangular and square bar-height tables adorned with vibrant green and purple fabrics, and a trio of glass bulb chandeliers hung from the center support column. Design Cuisine provided its take on high-end Mexican fare, serving spicy pork enchiladas with Veracruz mole and pepita-crusted halibut with black bean, corn, and jicama chutney and cilantro cream sauce.

At 8:30 p.m., V.I.P. guests made their way to the main reception tent, where tan additional 450 guests were gathered. Here a variety of buffet tables served dessert selections and Mexican foods like sausage empanadas and tamalas. Four bars flanked the interior of the tent while the center was reserved for the dance floor, where DJ Heather Femia played a mix of world music and top 40 until the house lights were turned on at midnight.

Among the noted guests for the evening were Silver Spoons star Ricky Schroder, jazz legend Ski Johnson, and former Bachelor Andy Baldwin. Whitney Houston was rumored to be making an appearance, but failed to show for the event. 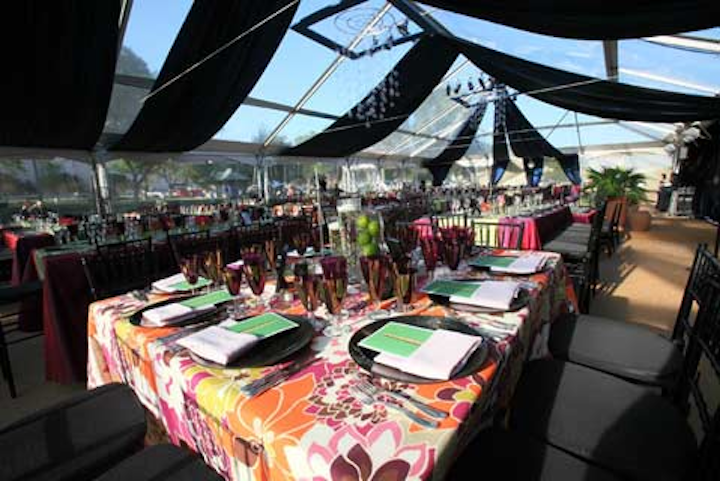 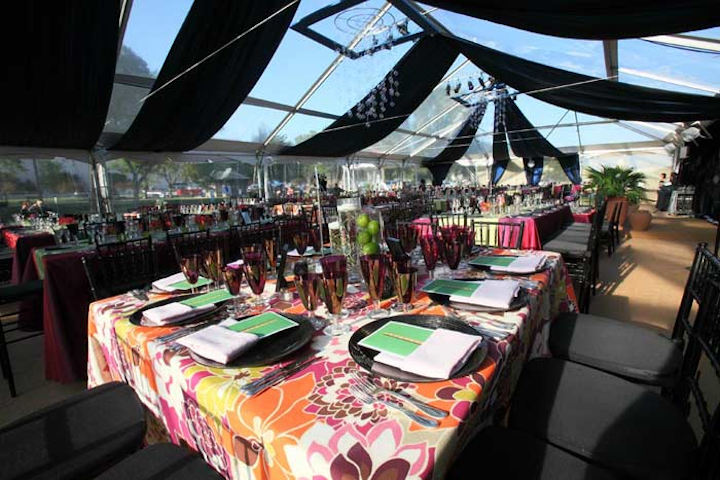 The dinner tent housed a mix of square and rectangular tables adorned with either a vibrant floral pattern or purple and green linens.
Photo: Tony Brown/Imijination Photography for BizBash 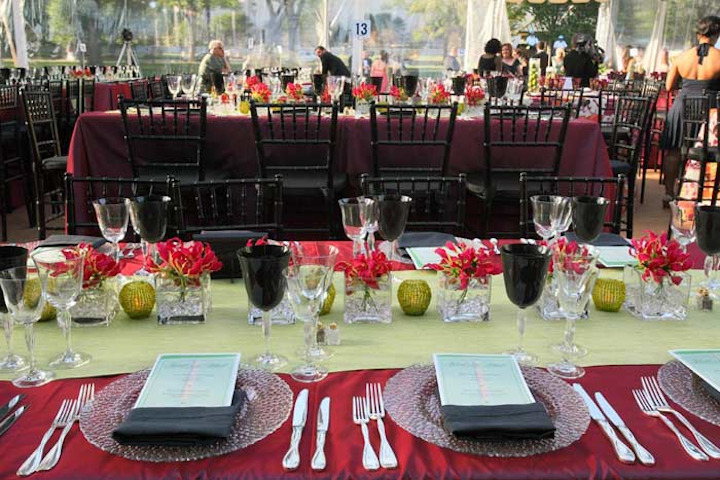 While the majority of guests dined at bar-height tables, the evening's co-chairs and special guests sat at a standard table near the stage.
Photo: Tony Brown/Imijination Photography for BizBash 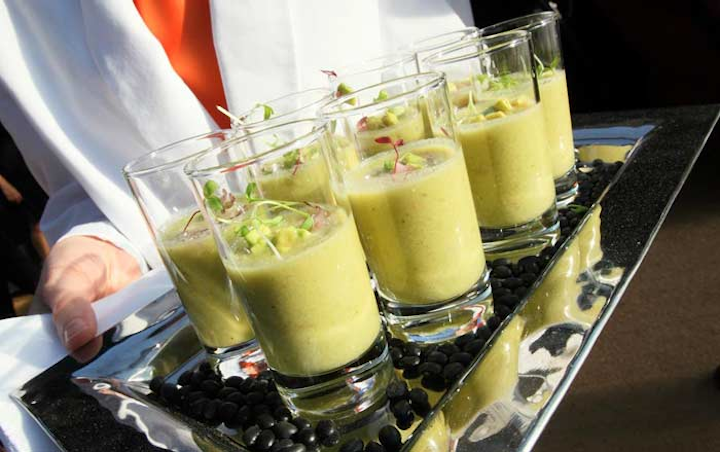 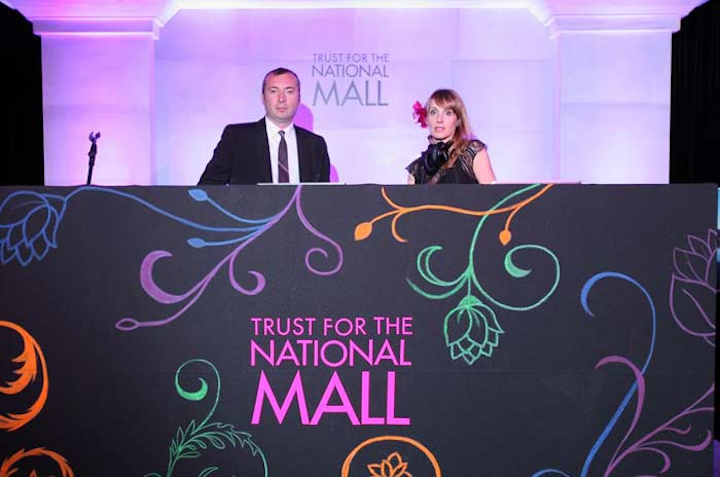 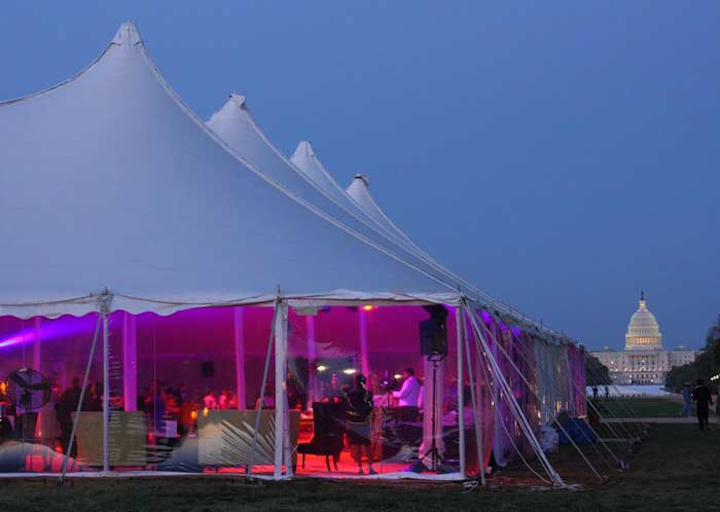 The reception tent on the National Mall offered views of the U.S. Capitol.
Photo: Tony Brown/Imijination Photography for BizBash 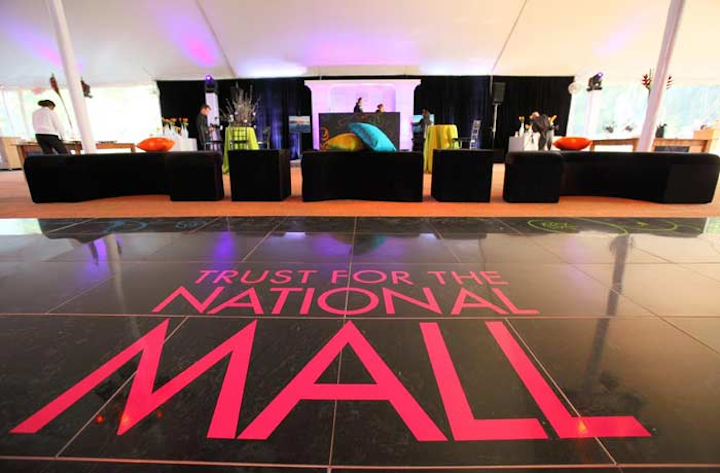 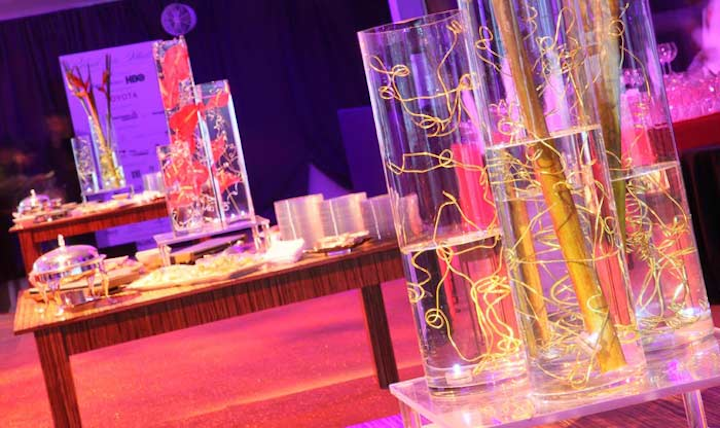 A trio of elevated cylindrical glass vases anchored each of the buffet tables.
Photo: Tony Brown/Imijination Photography for BizBash 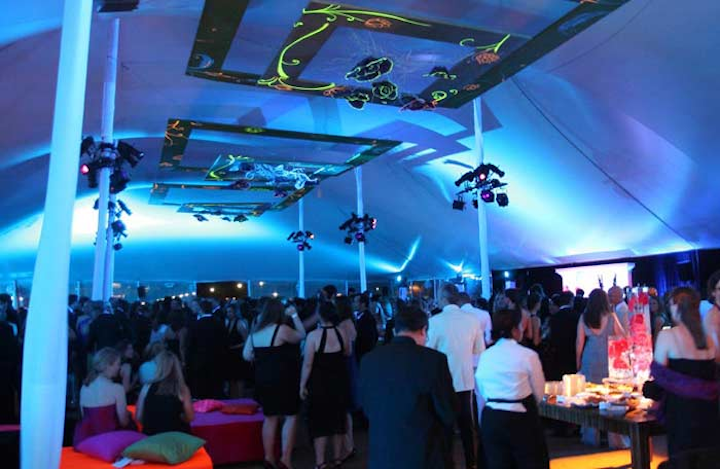 A trio of square chandeliers provided a whimsical touch to the reception tent.
Photo: Tony Brown/Imijination Photography for BizBash 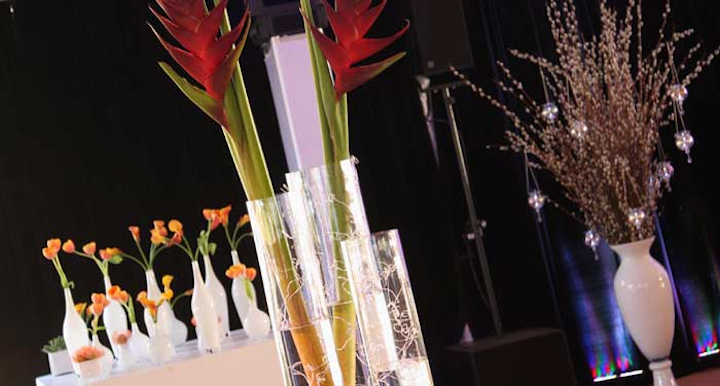 A variety of glass vases and flowers anchored the tables and seating areas in the reception tent.
Photo: Tony Brown/Imijination Photography for BizBash 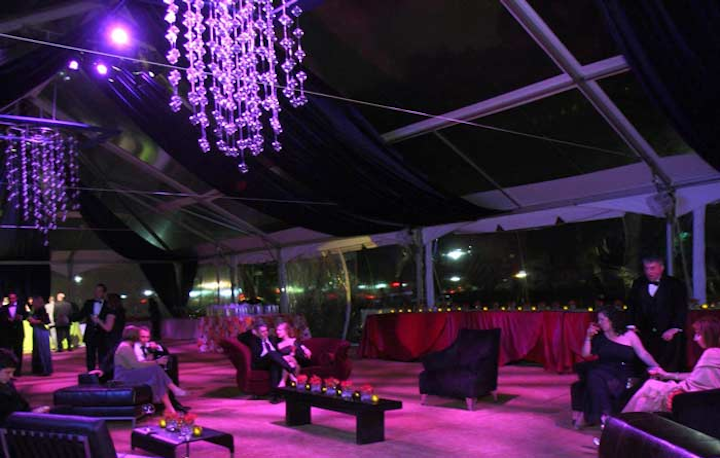 After dinner, the clear dining tent was transformed into an intimate V.I.P. room with a private bar.
Photo: Tony Brown/Imijination Photography for BizBash
More in Global