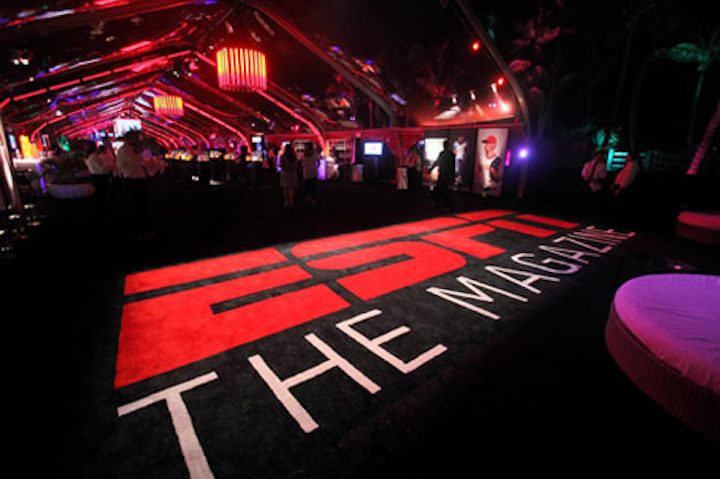 Excitement over last week's announcement that the new Meadowlands Stadium will play host to the 2014 Super Bowl hasn't been dulled by the fact that the festivities are nearly four years away. The first New York/New Jersey-area game is something of a coup for local planners and vendors, many of whom annually fly to points south or west to produce tie-in events in host cities. Some of the weekend's most prominent hosts are New York-based brands, including Maxim, Playboy, and ESPN.

"So many of the marquee sporting events take place in cities outside of New York and New Jersey," said ESPN vice president of special events Lynn Kadri. "We are looking forward to hosting a major event in our backyard."

Kadri plans one of the Super Bowl's biggest annual piggyback events, ESPN the Magazine's Next party. And though the event is often tailored specifically to the market, she thinks 2014 will open up a lot of options. "At this point it would be hard to say exactly what direction we will take, whether it is taking over an existing event space or building out from scratch," she said. "Much like what we did in Detroit [in 2006], I believe being in this area allows us to really be creative in developing something multidimensional. We can look at lofts, warehouses, theaters. There are so many different kinds of raw space that we are able to work with."

The cold locale does pose a bit of dilemma, as so many of the game's recent outings—Arizona, Florida, Texas—have been able to capture the fantasy of summer in winter. "Being involved with many Super Bowl events in Miami, and experiencing daytime and nighttime activities there, I can tell that the challenge for planners in New York will be to capture the state of mind that a warm environment and Latin influence lends to the crowds," said Shai Tertner, owner of Shiraz Events, who works in both New York and Miami.

Tertner thinks the Super Bowl will be the perfect opportunity to bring back the playfulness he says has been lacking in local events in recent years, but planning is still a long way off. Most are just excited that the 2014 bowl can incorporate longtime vendors who don't get much out-of-market work.

"Our team has done events across the U.S. and on nearly every continent, but the metro area offers more production personnel and creative talent than anywhere else in the world," said Production Glue executive producer Jennifer Kurland. "The Super Bowl is big, but New York only knows big."

As for the negatives, the only hesitations anyone's thought to mention have been strictly hypothetical. "The most challenging aspect may be securing hotel space," said Kadri, who is used to scouting for places to host V.I.P. guests in traditionally less busy towns. "But with the amount of lead time for both the city and ourselves to prepare, we know we will find the ideal locations."