Disney's premiere for The Jungle Book transported guests into the film's exotic world from the moment they arrived.

Disney hosted the world premiere for The Jungle Book by turning the traditional red carpet arrivals into a lush jungle landscape.

Guests entered through a temple-like setup at the top of the carpet, and immediately stepped into a jungle-inspired environment—complete with scattered animal sounds and flora and fauna. The dramatic look included ferns, palms, and Spanish moss under a canopy of winding vines and 300 feet of live pepper branches.

Also along the red carpet was a so-called "treehouse" from sponsor Airbnb. Its porch provided the ideal vantage point for a Facebook live stream, allowing viewers at home to keep up with the action. Sponsor Samsung provided a virtual-reality experience through Samsung Gear VR powered by Oculus and a Galaxy S7. Lining the carpet, tucked among the palms, were flatscreen TVs, adding immersive views from the film.

Guests entered the theater to the sounds of the Side Street Strutters Jazz Band, live on stage playing New Orleans-style jazz standards as well as Disney classics.

Following the film, guests moved to a reception at Ohm Nightclub, where they snacked on honeycomb and honey-centric foods, which were inspired by one of the film's characters and provided by the National Honey Board, a sponsor. Honey-infused treats included cookies and cannoli, honey buttermilk fried chicken, and honey-glazed carrots. Also on the menu were jumbo turkey legs, soft-serve Dole Whips, and churros—classic Disneyland treats made for the occasion. Guests also participated in honey-themed crafts and activities at the after-party, including donning beekeeper hats to view the observation bee hive.

The Jungle Book will hit theaters on Friday. 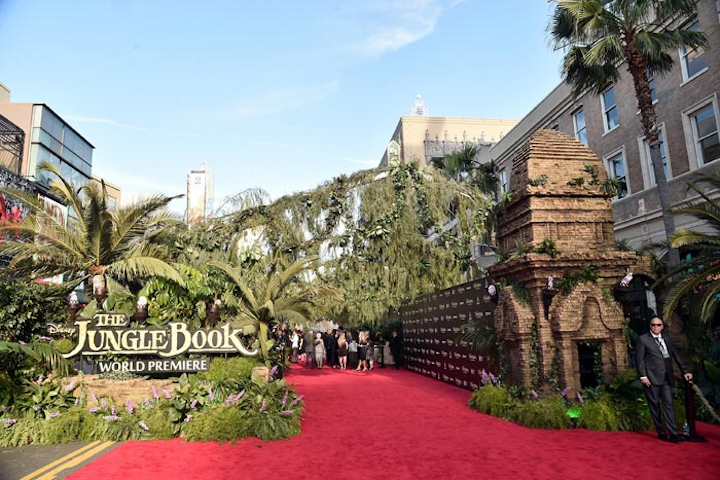 Disney's world premiere for the The Jungle Book included a red carpet arrivals area with a temple-like entrance, inspired by the film's scenery.
Photo: Alberto E. Rodriguez/Getty Images for Disney 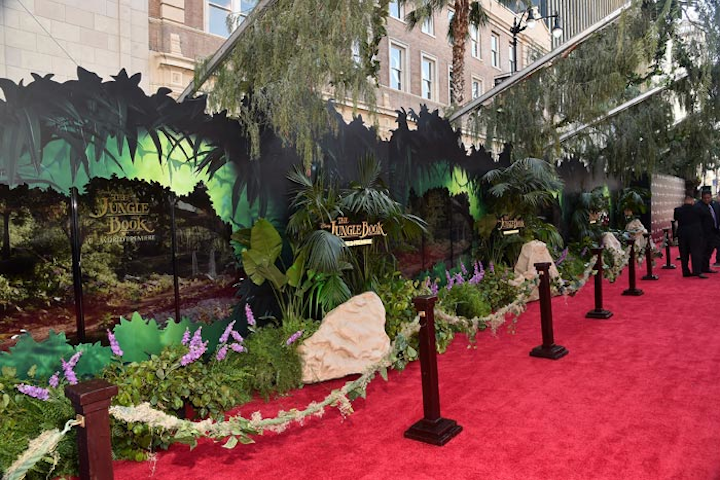 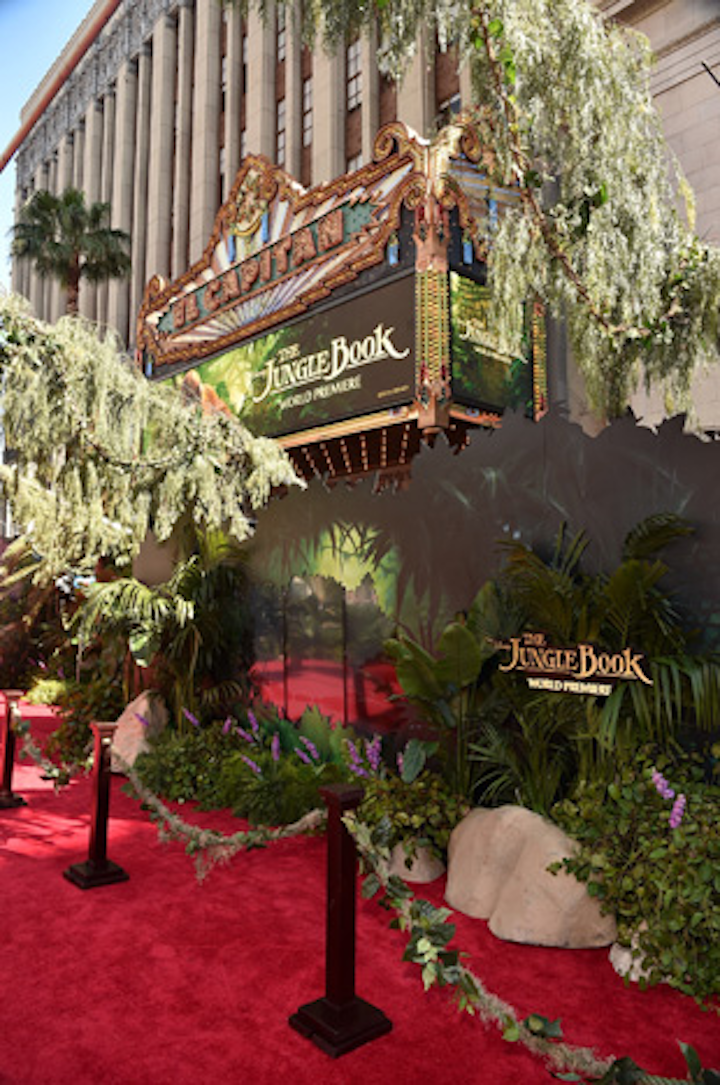 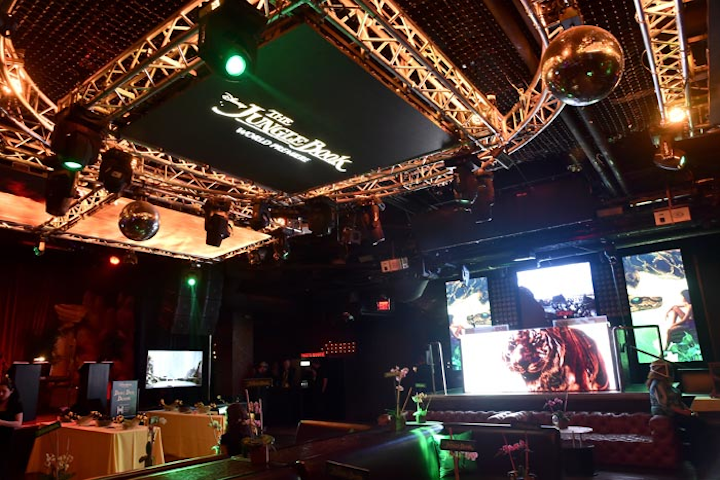 The premiere party advanced the theme, with activities including the Samsung virtual reality experience available for guests to try out.
Photo: Alberto E. Rodriguez/Getty Images for Disney 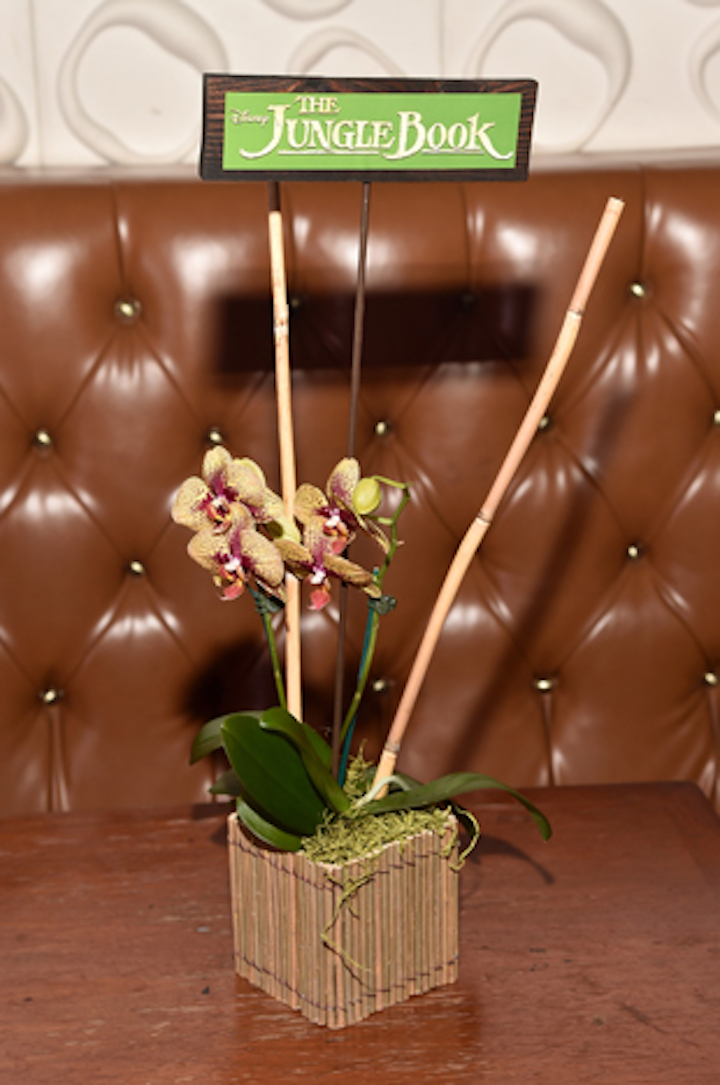 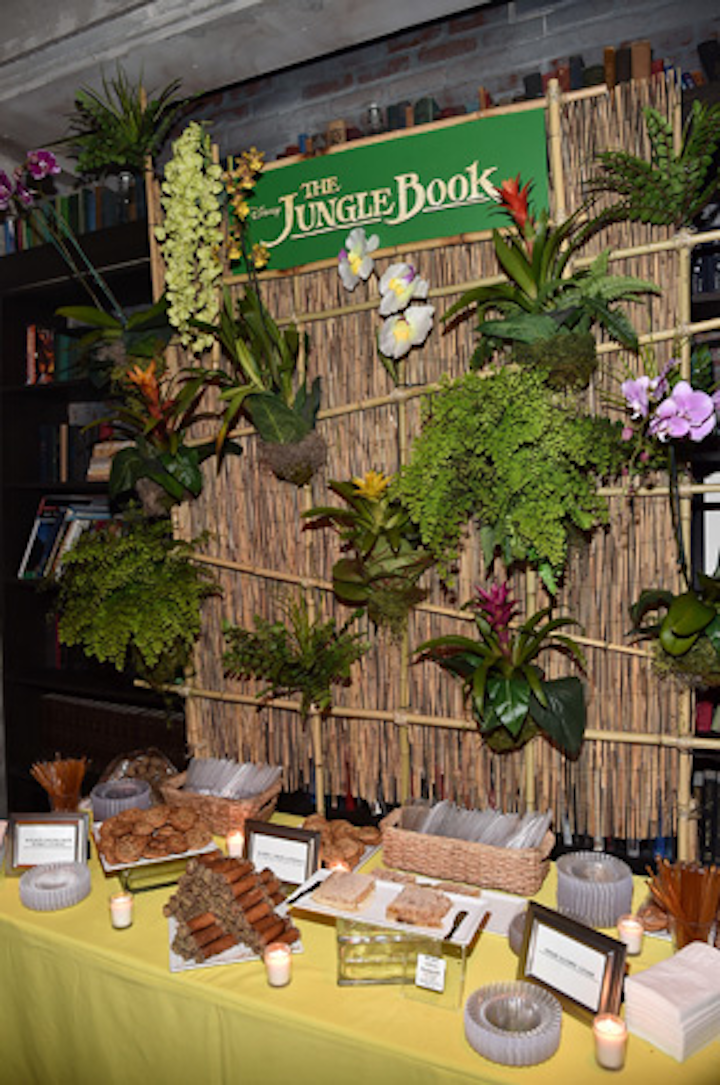