Software company Coupa had a high-end, numbers-filled bash after its annual user conference in San Francisco.

Coupa, a spend-management software company, hosted its annual user conference at Hilton San Francisco Union Square on June 3. Produced by Caryl Lyons of Roar Events, this year's gathering had a numbers-based theme: the Real Math of Success. "Everything was centered around money and the billions of dollars Coupa saves its clients," Lyons said.

The meeting's after-party, held at the Village at 969 Market, carried on the finance inspiration. "We wanted everything to be gold, still playing on the money theme," Lyons said. Organizers took over two floors of the three-level space and assigned them distinct themes. "The main floor was all about [classic] luxury, while the downstairs [area] was more about urban, street-style luxury," Lyons said.

The downstairs area also incorporated mathematical decor elements. At the conference, Lyons and her team had created a "Math Bar," where guests could watch Coupa's customer-facing math videos; surfaces at the convention space were decked with numbers and mathematical symbols. Playing off that, "we took the conference branding and turned it into graffiti," Lyons said. Here's a look inside the number-filled bash. 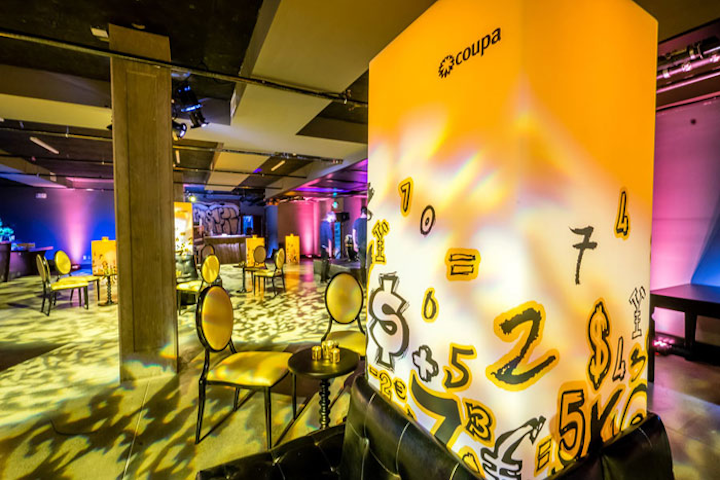 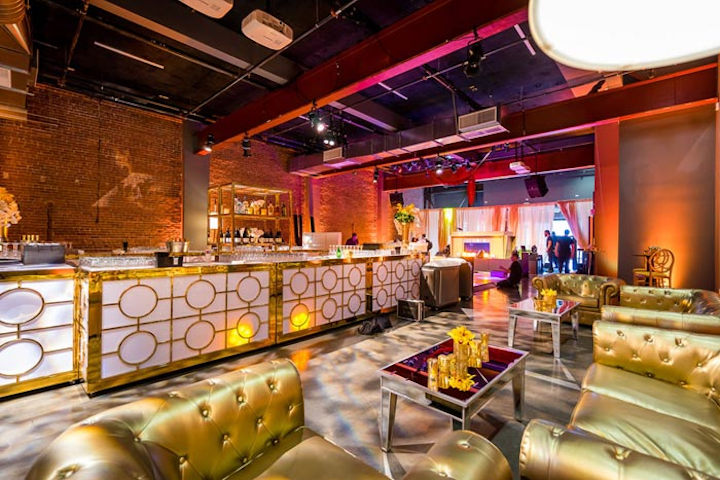 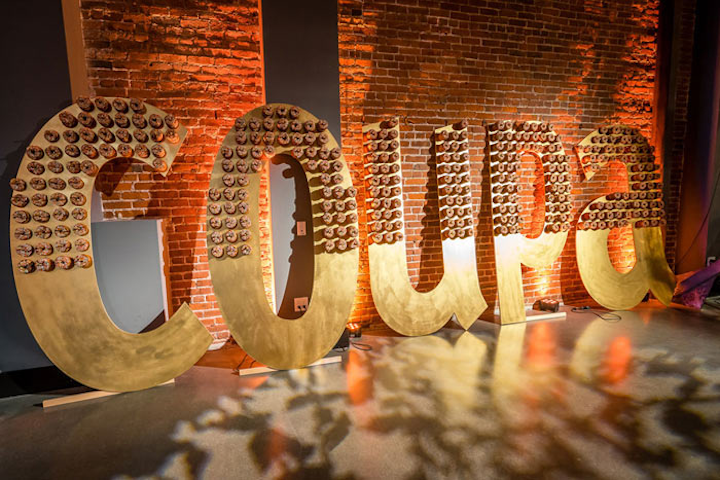 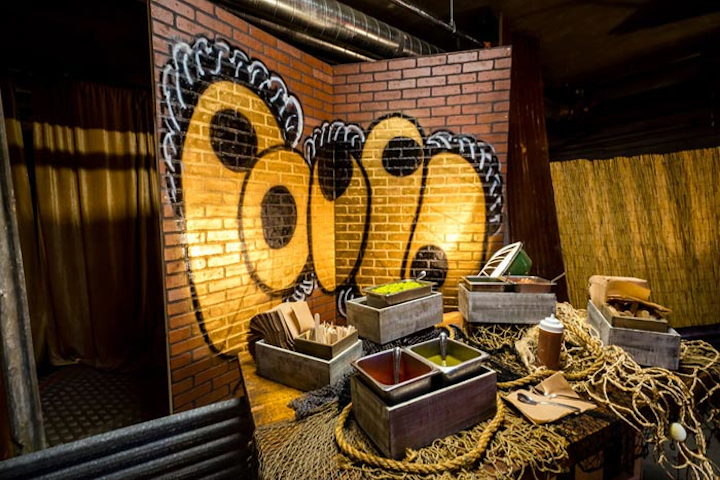 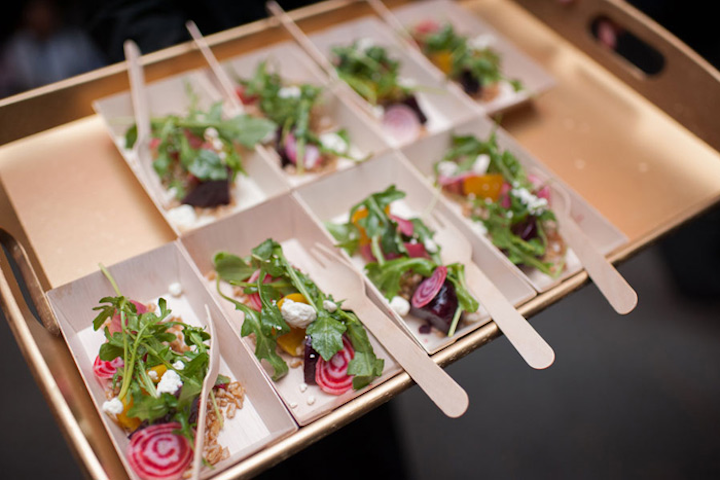 On the first floor, everything on the catering menu was "passed and mini," Lyons said. Items included salads, steaks, and mashed potatoes.
Photo: Marcie Lynn Photography 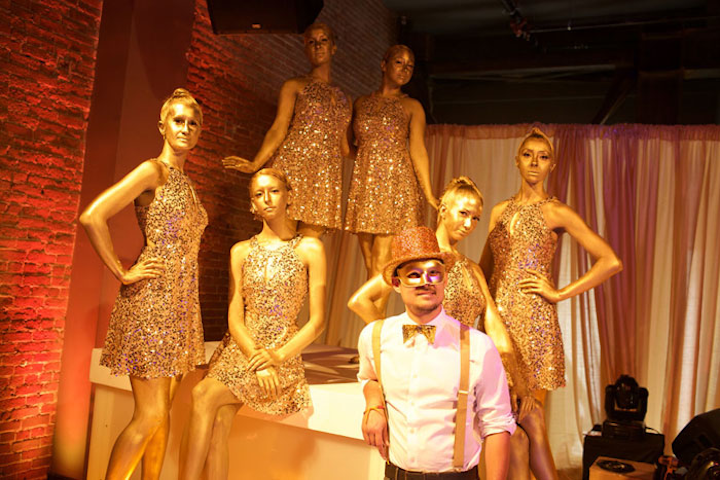 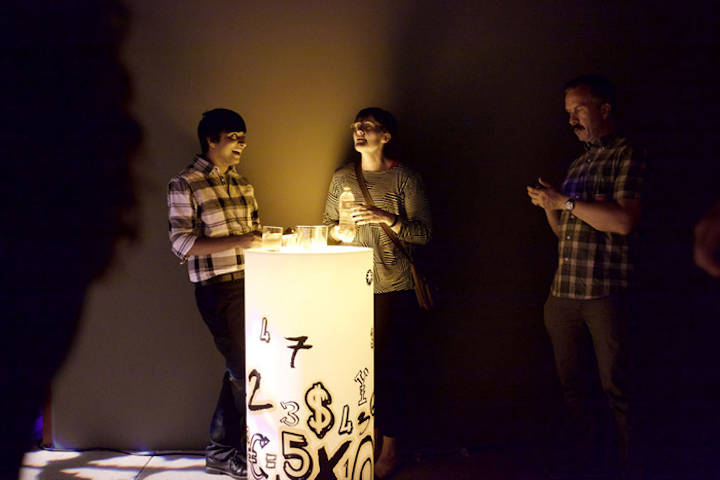 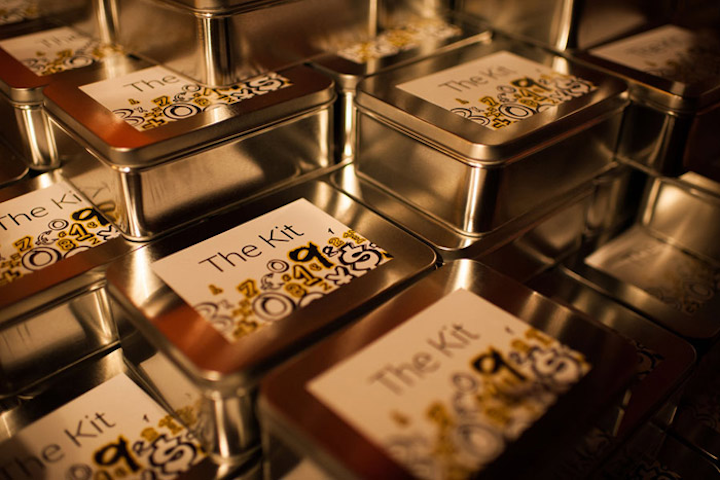 Guests left with "the Kit," a box that contained a sleep mask, Advil, chocolate, a Kind snack bar, and Emergen-C, "just in case they had a little hangover," said Lyons. There was also a late-night churros station.
Photo: Marcie Lynn Photography
More in Event Management & Tech Tools