Bikini-clad models and the blond spokesperson drew crowds to a beach inside a glass-enclosed truck—the mobile marketing vehicle for I Can’t Believe It’s Not Butter’s new olive oil spread.

What better way to grab attention than to put Fabio in a glass box in Times Square? That’s exactly how I Can’t Believe It’s Not Butter promoted its new olive oil spread and competition for a trip to a Mediterranean island last week, before stops in Boston and Philadelphia. Stephen McDermott, senior associate brand manager for Unilever, worked with M Booth & Associates and Synergy Events to create a beach scene—made up of sand, palm trees, and sun loungers—inside a heated glass-walled truck, where passersby could pose with the aging Italian model (and long-standing brand spokesperson). And just so it wasn’t all about Fabio, Go Catering provided some 3,000 asiago cheese muffins slathered with the butter substitute for the public to sample.Craftsman, a St. Louis-based company, provided the glass box, which Synergy later attached to a truck and customized with set design firm the Art Department. The traveling publicity stunt launched in Times Square on Tuesday, January 9, stopped in Boston (setting up outside Faneuil Hall) the next day, and hit Philadelphia’s Liberty Place on January 12. 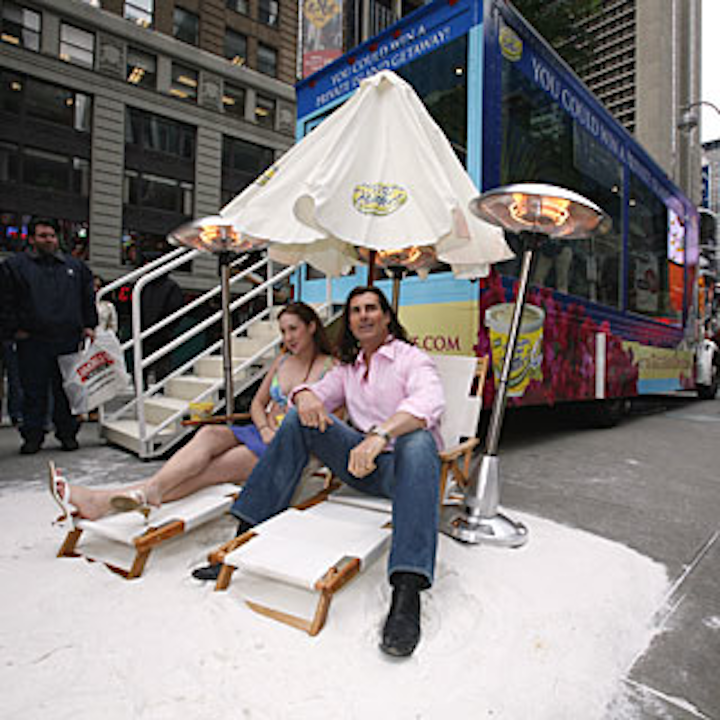 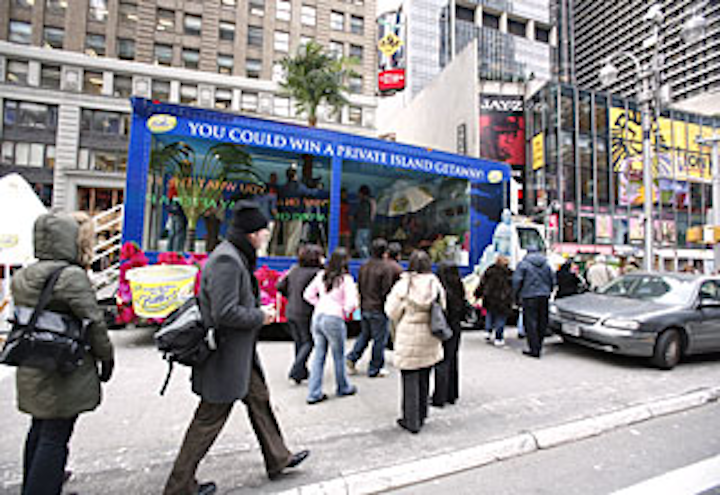 The glass-walled truck, dubbed the “movable Mediterranean oasis,” acted as a photo op area as well as a highly visible, mobile stage that traveled to Boston’s Faneuil Hall and Philadelphia’s Liberty Place. 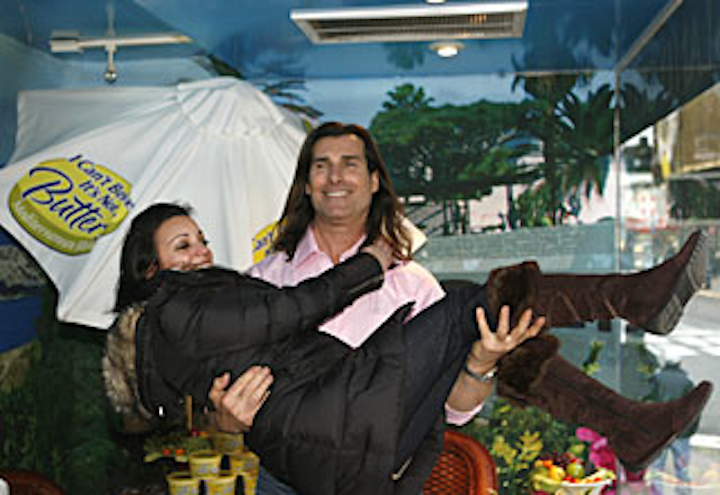 Atlanta-based photography company PictureU took snapshots of guests with Fabio, which were later loaded to a site where consumers could download the photos and order glossy prints.
More in Experiential, Activations & Sponsorships