Inside the interactive experiences Nike, Mountain Dew, Samsung, and Adidas created for this year's festivities in Toronto.

After taking over its hometown of New York last year, the N.B.A. brought the 2016 iteration of its All-Star Game to Toronto—the league's first All-Star outside the United States. Amidst the huge crowd of fans, players, parties, and community programming that filled the city February 12 to 14, sponsors and brands sought to grab the attention of attendees and locals by creating immersive live experiences that promoted new products and campaigns.

Samsung returned to All-Star Weekend for a third year, this time hosting the Samsung Experience at N.B.A. Centre Court, an interactive fan event with skill competitions and other programming across 40 courts and baskets at the Enercare Centre. Throughout the weekend, a 92- by 66-foot LED basketball court invited Samsung Galaxy owners to get up-close and personal with N.B.A. stars like James Harden, Karl-Anthony Towns, Paul George, and Andrew Wiggins while getting hands-on with the latest in the electronics brand's mobile devices and virtual reality technology.

Tapping into a bit of Toronto's own culture, Nike took over an entire streetcar and turned it into the Snkrs Xpress, a mobile store that Nike Plus members could board and experience throughout the weekend. Sneaker fanatics could also check out what Adidas had to offer in the sportswear brand's Exclucity pop-up shop where Toronto photographer Horace Ng had transformed a Queen Street West space into a photo and art installation with shoes hanging from the ceiling. Adidas, the N.B.A.'s official apparel provider, also hosted private gifting suite, inviting an exclusive mix of players, media, and league elite inside a vault to see, try on, and leave with some of the latest Adidas Basketball and Adidas Originals gear.
View Slide Show 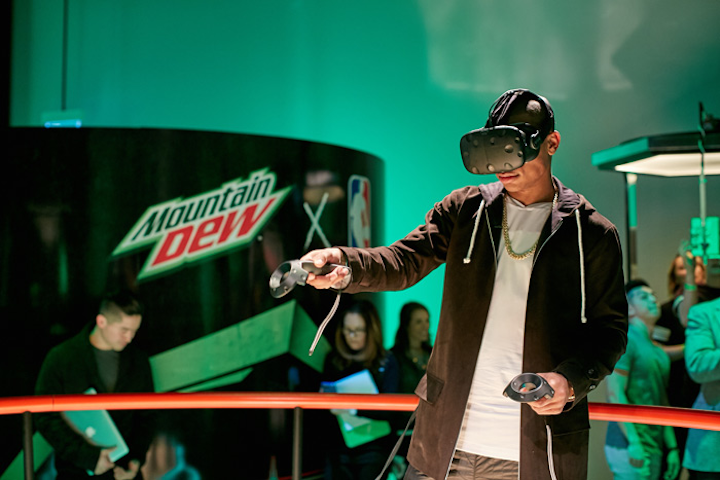 For Mountain Dew's interactive virtual reality art experience in downtown Toronto, players such as Isaiah Thomas had the opportunity to paint in 3-D using Tilt Brush app while having a 360-degree view of their artwork. The activation was the first time the public could test out the Google app.
Photo: Dale Wilcox/AP Images for Mountain Dew 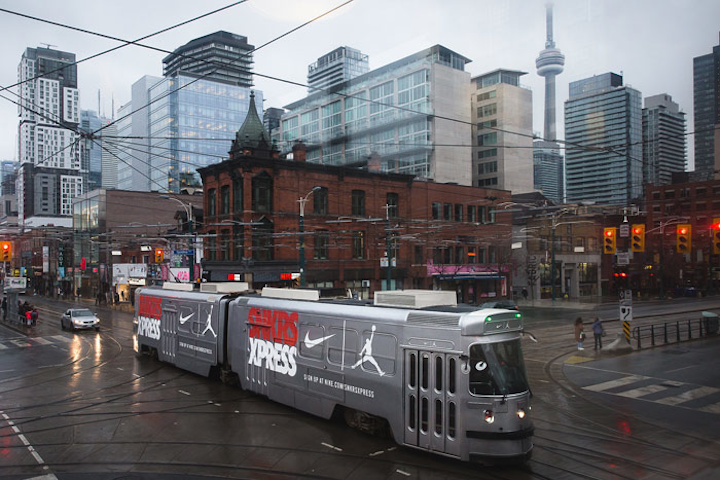 Nike embraced all things Toronto by taking over a Toronto Transit streetcar and turning it into a mobile store dubbed the Snkrs Xpress. The activation also popped up in Chicago, Los Angeles, and New York. 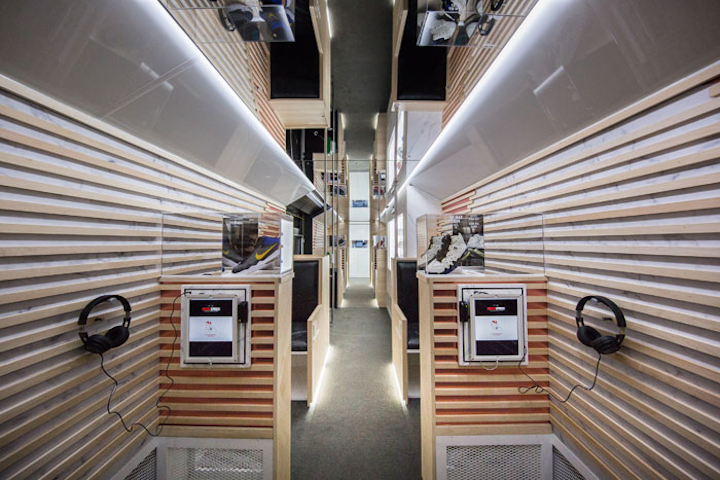 Inside, Nike Plus members were treated to an array of curated selection of footwear and could check out historic styles from the "DNA Vault" as the streetcar cruised the area for 25 minutes. 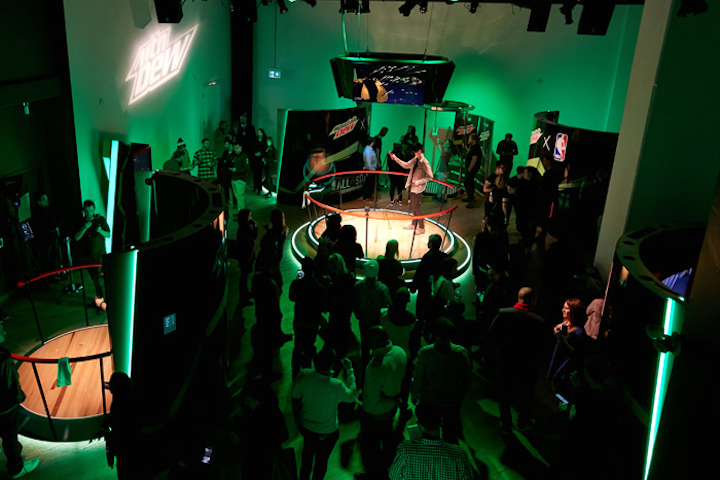 In addition to the virtual reality experience, visitors to Mountain Dew's event could sample the beverage brand's products while a DJ spun tunes.

Samsung Galaxy owners were invited to an exclusive party where A$AP Ferg performed on a 92- by 66-foot LED basketball court. 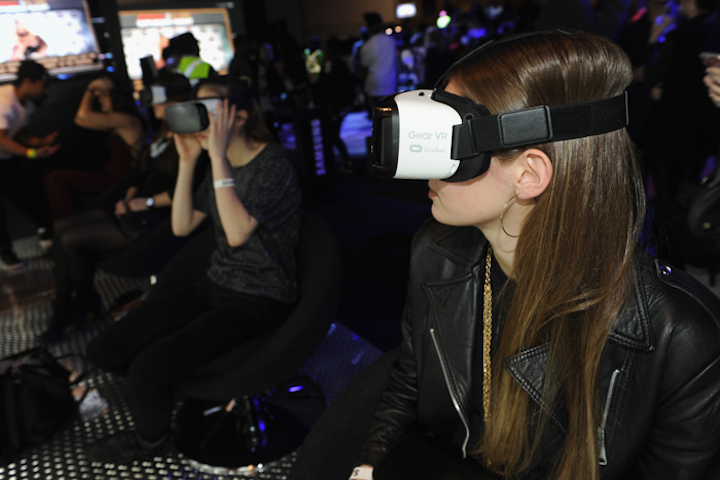 As part of the Samsung Experience, N.B.A. stars and fans had the opportunity to test the latest in electronics maker's devices, including using the Samsung Gear VR with the Note5 and Galaxy S6 Edge Plus. 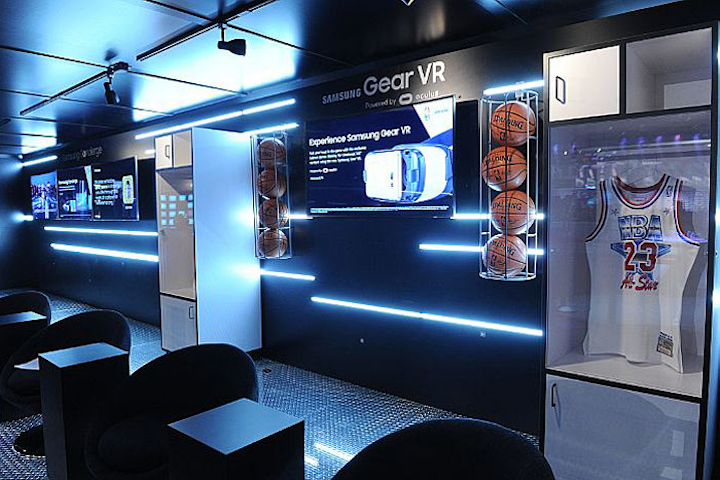 For the third year, Samsung Electronics America participated in the N.B.A. All-Star activities. The Samsung Experience was housed inside the N.B.A. Centre Court and included player appearances, fan rewards, and activities such as getting basketball skill and performance feedback using the new Samsung Gear S2. 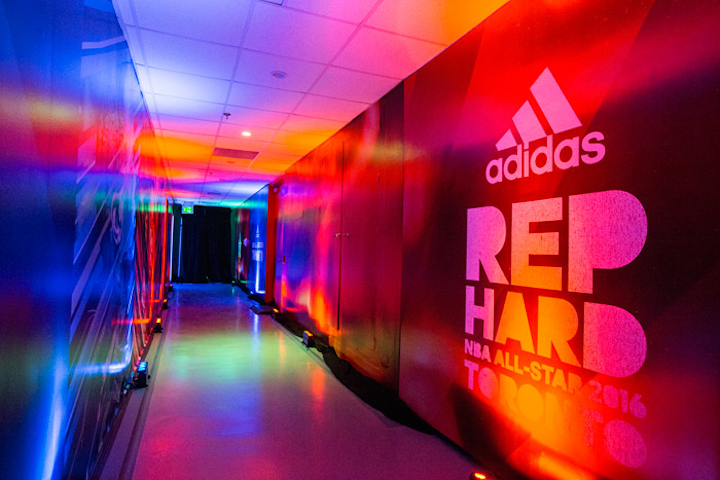 Adidas invited an exclusive mix of players, media, and N.B.A. elite to its private gifting lounge, which was housed inside the Vault. 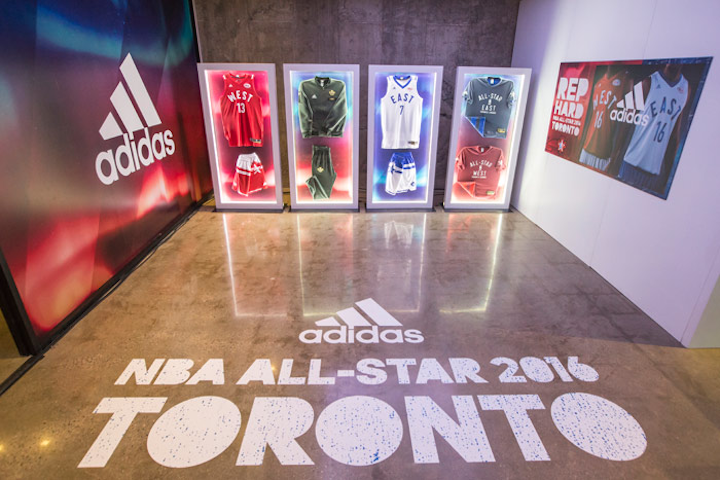 As the official apparel provider for the N.B.A. All-Star Game, Adidas used its gifting suite to show off the jerseys and other items players would be wearing throughout the weekend. 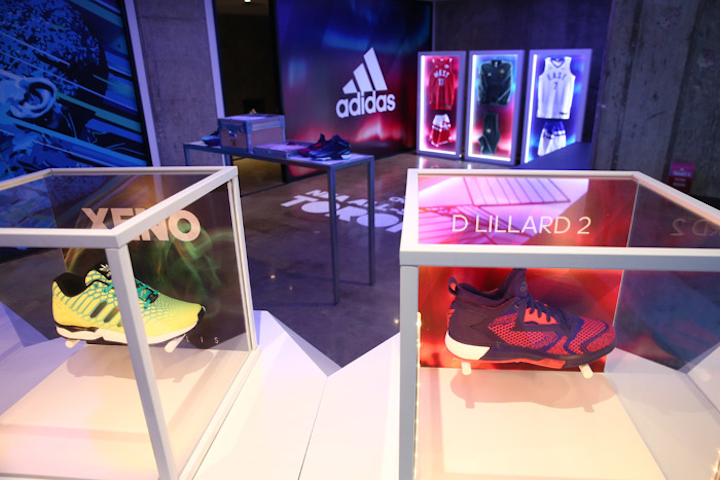 Adidas also showcased some of its new and exclusive sneakers such as the D Rose 6 and the D Lillard 2. Working alongside Toronto photographer Horace Ng, Adidas transformed a space on Queen Street West into brand activation that doubled as a photo and art installation. 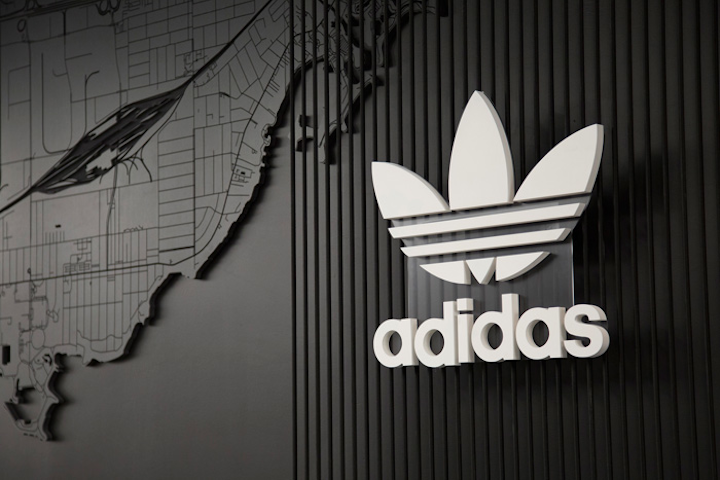 The Exclucity pop-up shop helped launch some of the new Adidas Originals products that will be available in the coming months.