At the GE Healthcare User Summit's closing event, some 3,000 guests took in a sampling of D.C.'s eclectic neighborhoods, from Chinatown to Georgetown.

On Monday, GE Healthcare opened its User Summit at the Walter E. Washington Convention Center, and on Wednesday night the convention’s marquee event took over the Renaissance Washington. With a “Taste of Washington” theme, the party flooded the hotel with 3,000 guests for an evening of networking.

"We wanted to make this night interactive," said Christine Connolly, GE commercial marketing manager of events. "We wanted guests to be interacting with each other, [just like they're] interacting with technology throughout the conference."

Connolly's team, working with CSI-Capitol Services Inc., created five vignettes in the hotel’s ballroom, each focused on a D.C. neighborhood such as Capitol Hill (where backdrops of the city’s monuments provided many a photo-op). The Adams Morgan space had pizza stations (to channel the area's famed Jumbo Slice Pizza) and Wii consoles, while the U Street Corridor section went for a lounge vibe and offered make-your-own chili stations to evoke the famed Ben's Chili Bowl.

"We were looking to create venues within a venue," said Connolly. "We wanted to be sure to provide variety so that everyone doesn't have to do the same things."

The Chinatown area featured an ornate archway, gold lion statues, baskets of fortune cookies filled with GE slogans, and passed trays of miniature egg rolls with duck sauce. Long lines formed for the palm readings, while some guests chose to instead partake of the mini badminton area as the event rolled on past midnight. 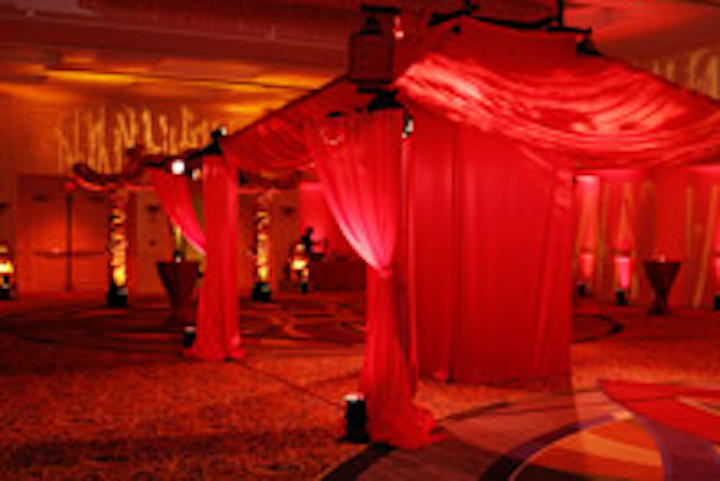 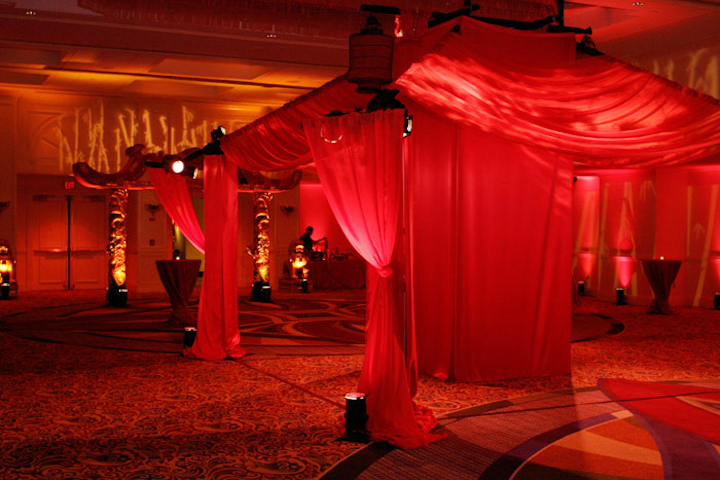 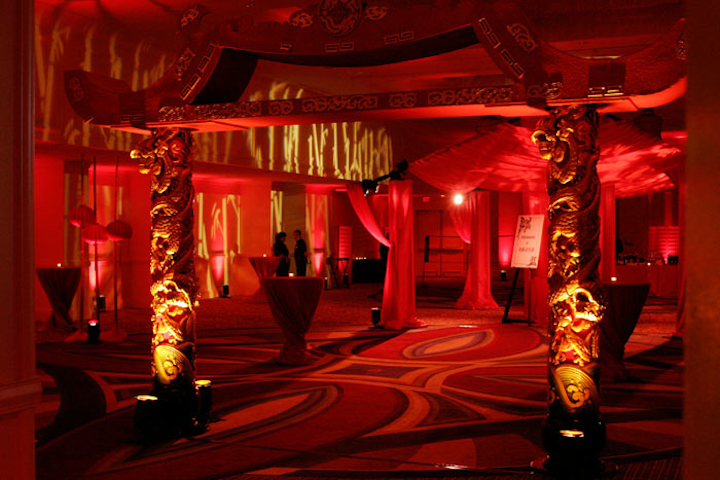 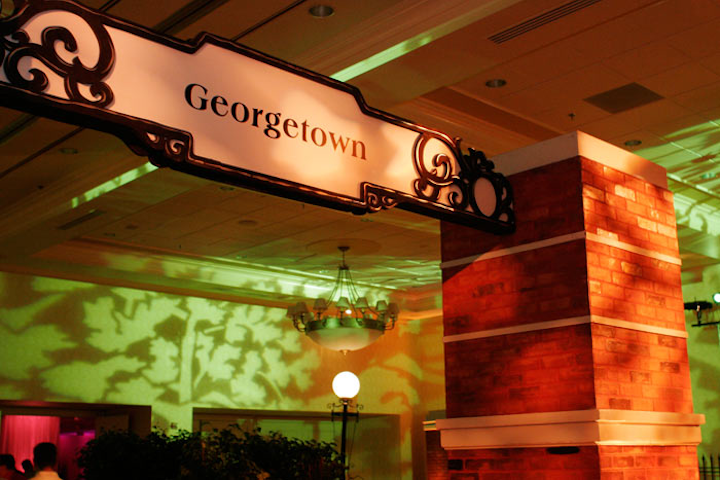 A wrought-iron sign provided an entrance to the spa-centric Georgetown vignette.
Photo: Lara Shipley for BizBash 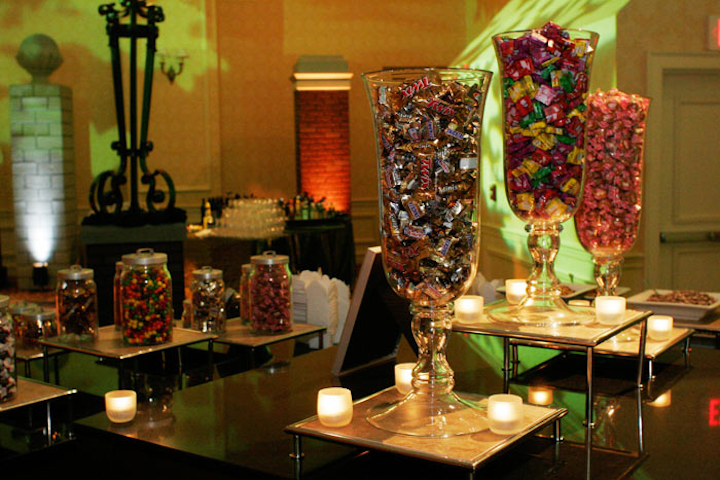 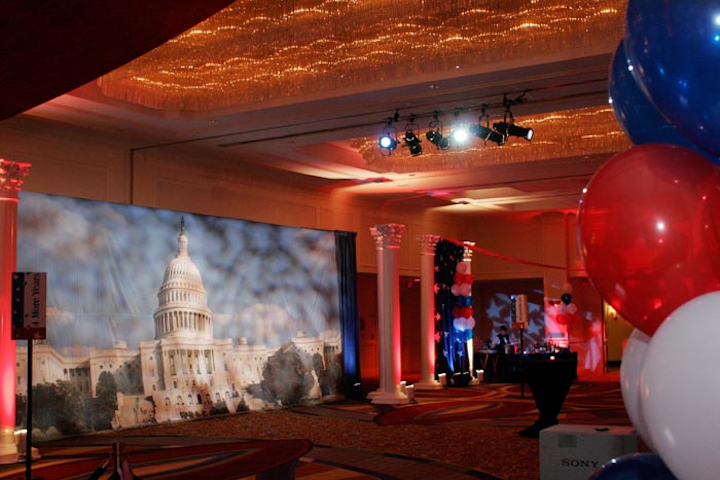 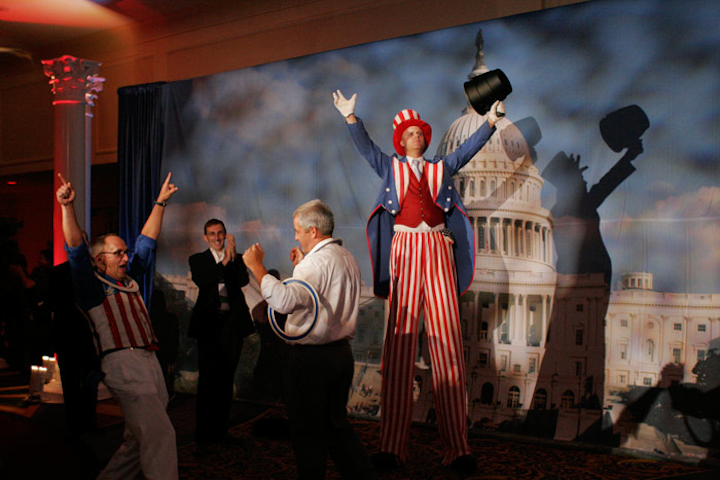 Uncle Sam-attired stilt performers from Cast of Thousands entertained guests with ring tosses as they waited to have photos taken.
Photo: Lara Shipley for BizBash 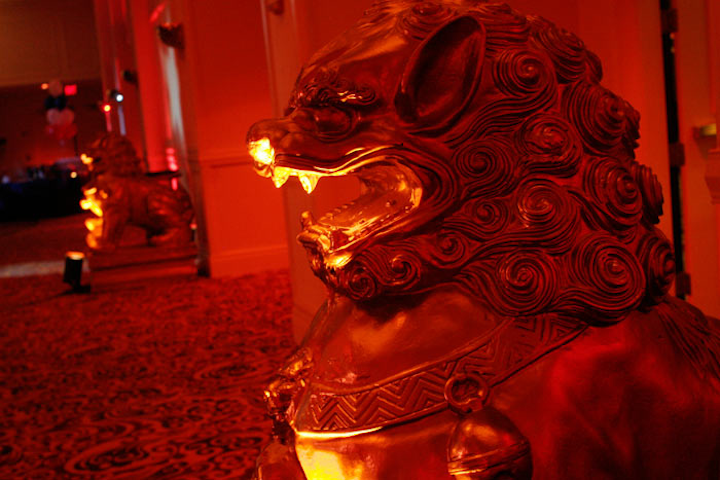 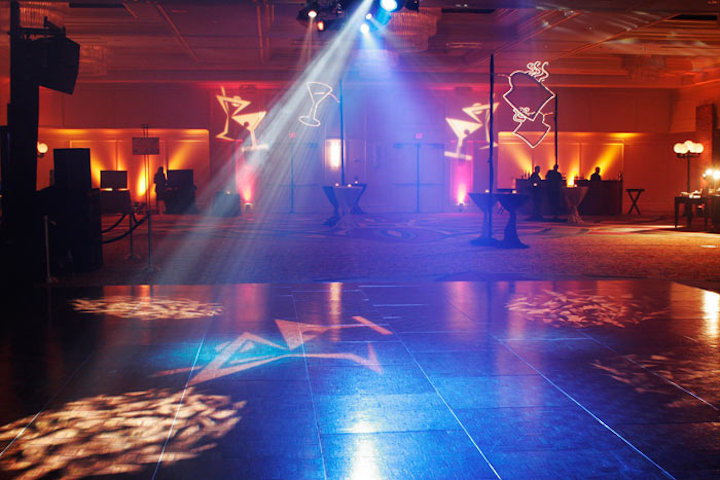 Neon lights of Adams Morgan's cocktail and coffee offerings accented the neighborhood's vignette, which drew a crowd with its Wii station.
Photo: Lara Shipley for BizBash 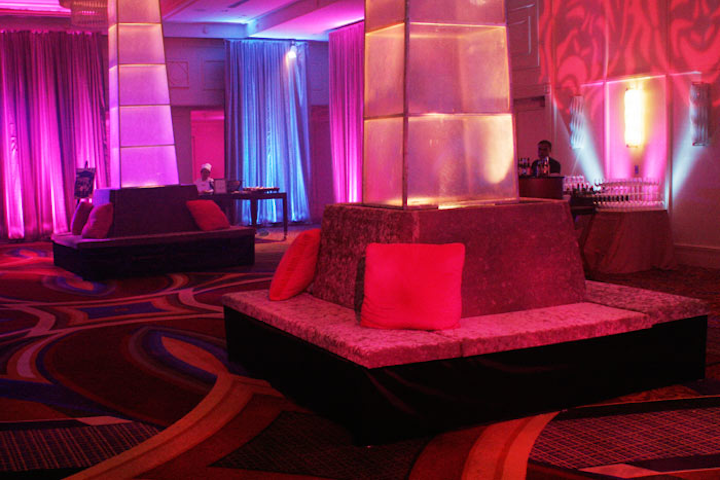 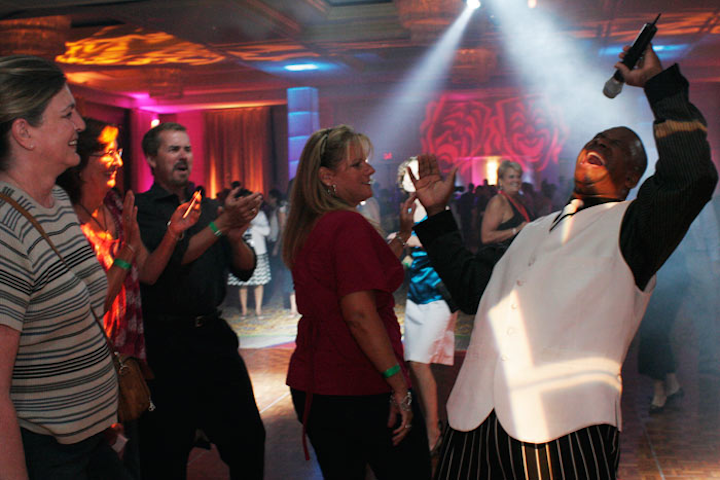