Following Sunday night's Screen Actors Guild awards at the Shrine, People magazine and the Entertainment Industry Foundation co-hosted the official awards gala, held immediately after the show on the back lot of the Shrine Exposition Center. Working with Time Inc.'s Cyd Wilson, Tony Schubert of Event Eleven designed and produced the affair for the third consecutive year.

The party is well-known for its luxe, glittering look year after year, and this installment drew inspiration from the 1930s, with a nod to the modern as well. A custom, 100-foot-long diamond-shaped structure covered in iridescent black fabric served as the main ceiling treatment and a dramatic focal point.

Mirrored-top tables and bars along with massive urns and all-white Calla lilies contributed to the glam look and feel. Film reels served as apt decor pieces. Table lamps for bars, vintage ash trays, coasters, and palms rounded out the decor. 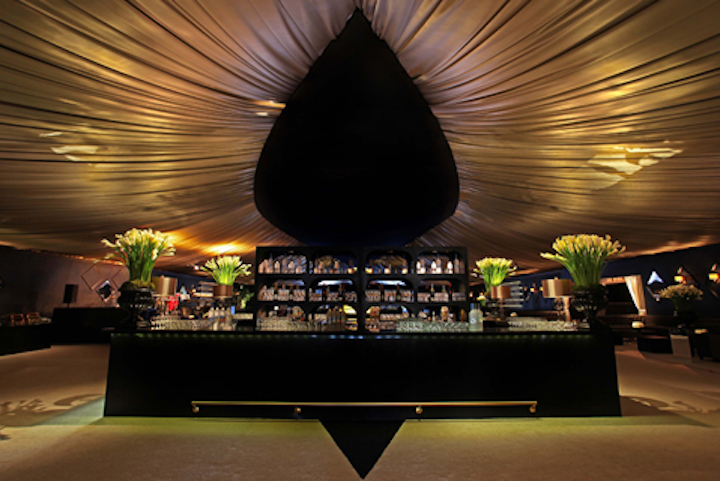 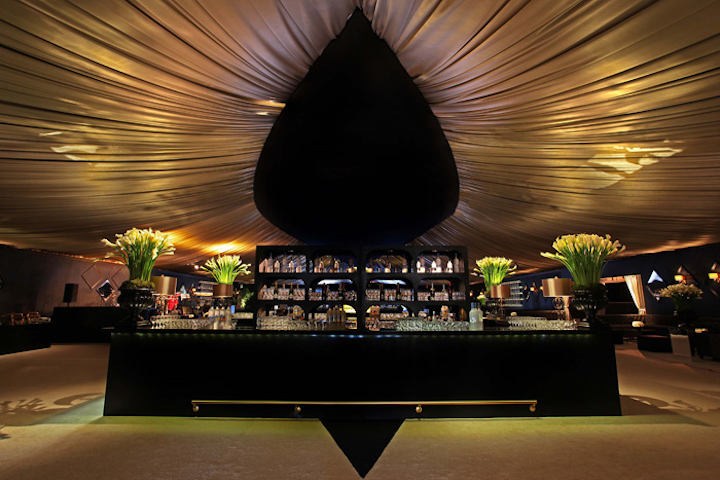 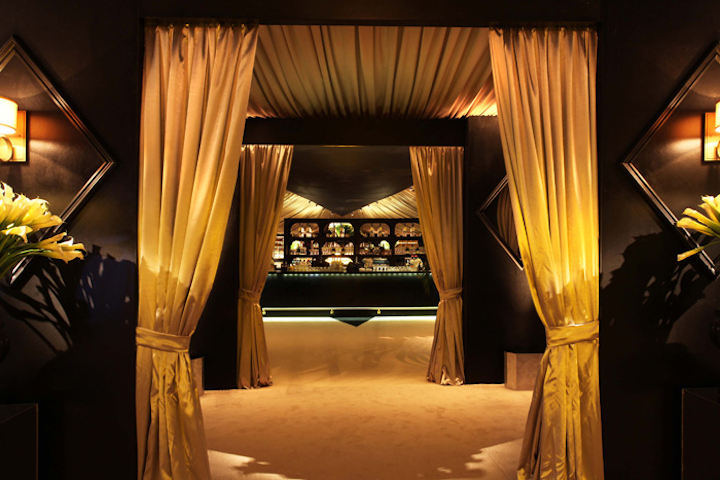 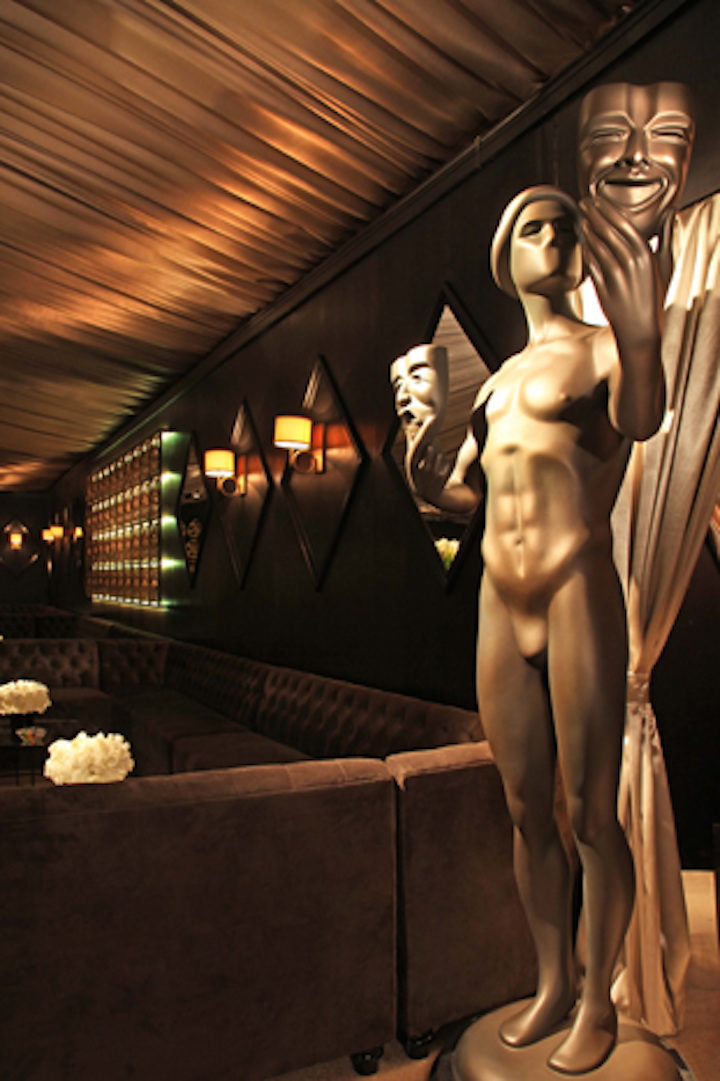 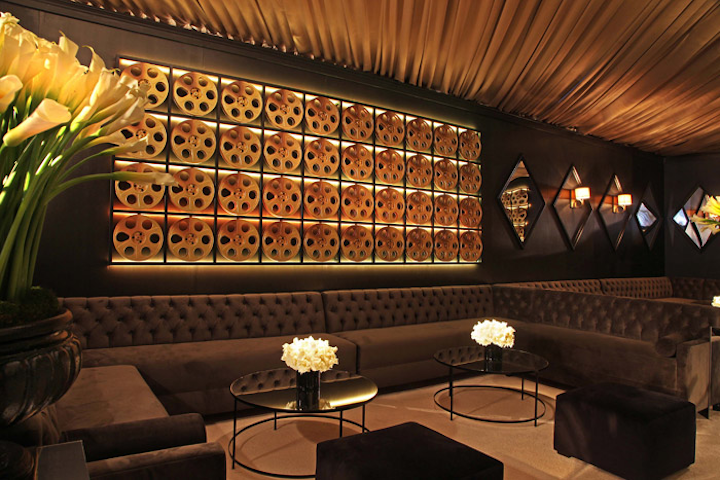 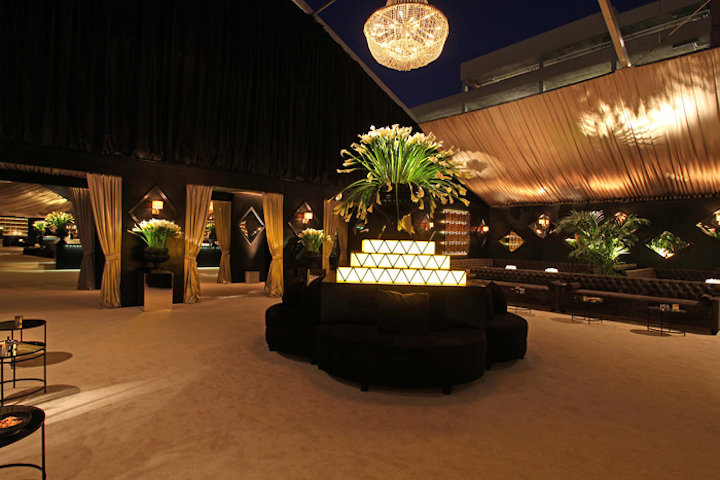 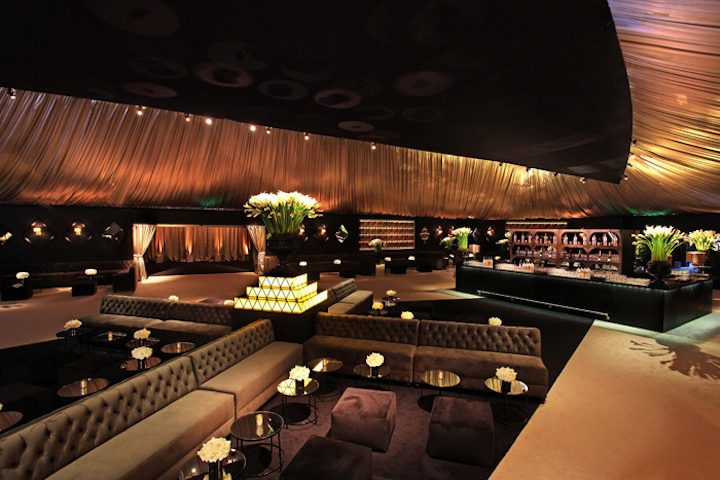