Event designer Nicky Balestrieri of ExtraExtra defined that target audience as "fabulous girls and their gay best friends—and where are they? They're at the Standard." Taking over Top of the Standard and Le Bain on the 18th floor of the hotel, Balestrieri produced two simultaneous parties in the theme of Tune's core moods—sparkle and spirit.

To embody those elements, Absolut tapped singer Solange Knowles and fashion designer Charlotte Ronson as hosts. "Sparkle is Charlotte, and spirit is Solange," said Bessette. "Both of these girls have incredible fashion sense, and music is so central to what they do. Absolut has been collaborating with artists over the history of the brand, but as our consumers have evolved, music has become integral to what the brand represents."

Ronson held court at Top of the Standard, where the skyline views were framed by a ceiling of gold- and champagne-hued vintage balloons imported from France. ExtraExtra commissioned firm A.Bunch to construct a bottle-shaped backdrop from metal and white silk, which was printed with a delicate pattern of curving lines, floral motifs, and star shapes. The idea was to subtly link the visuals with the bubbly contents of the new tipple. "When a product is being launched, you want to feel like you're inside the product," said Bessette. "For us, it's all about transporting people inside the bottle."

Knowles' party across the hall buzzed with a distinctly different vibe thanks to red votive candles, silver Mylar installations from Confetti System, and the rooftop bar's pool, which was filled with disco balls and covered by a plexiglass pane. "Anytime I can put a stage over a pool, I go for it," said Balestrieri, who drew inspiration for the stage from a scene in the 1991 cult film, Don't Tell Mom the Babysitter's Dead.

To round out the night of contrasts, Rita Ora performed her dance-pop hits, including "How We Do (Party)," on the Top of the Standard stage, while Selah Sue sang her soul-funk songs for the crowd at Le Bain.

Absolut is planning another event for the new vodka in Miami on November 13. 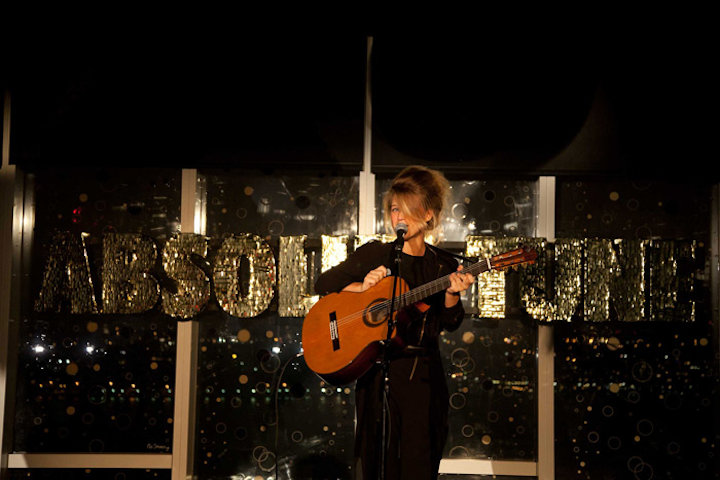 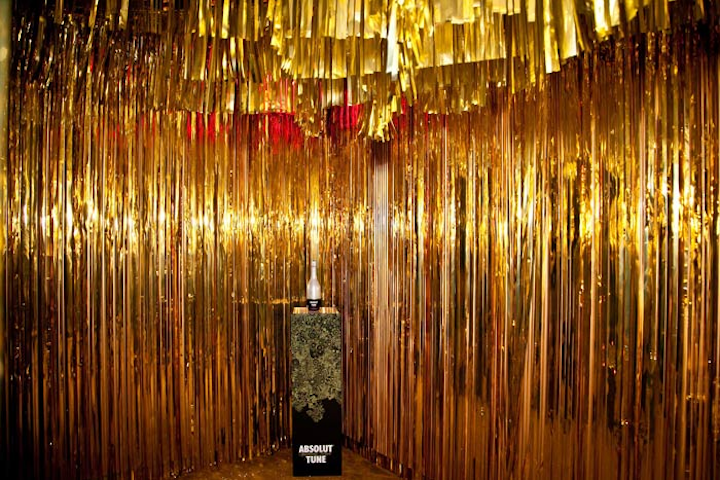 The Tuesday-night launch of Absolut Tune at the Standard New York was a departure for the Pernod Ricard brand, targeting a more fashionable, music-loving female crowd. To highlight the main components of the new flavor, a fusion of sparkling wine and vodka, the brand hosted two simultaneous parties, each with its own color scheme and decor.
Photo: Nilaya Sabnis 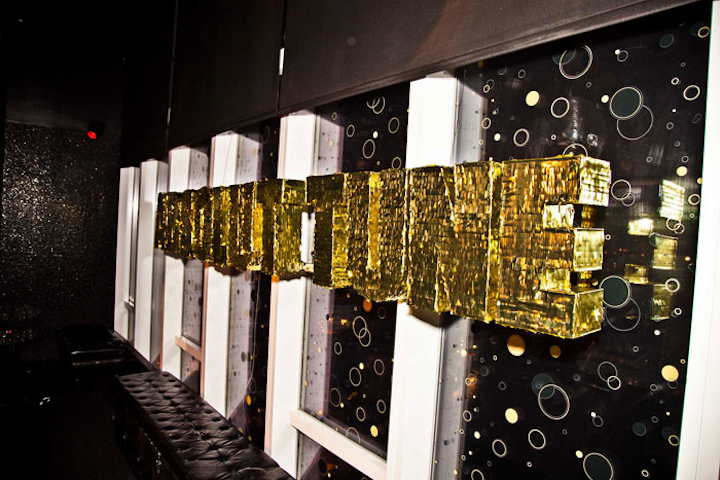 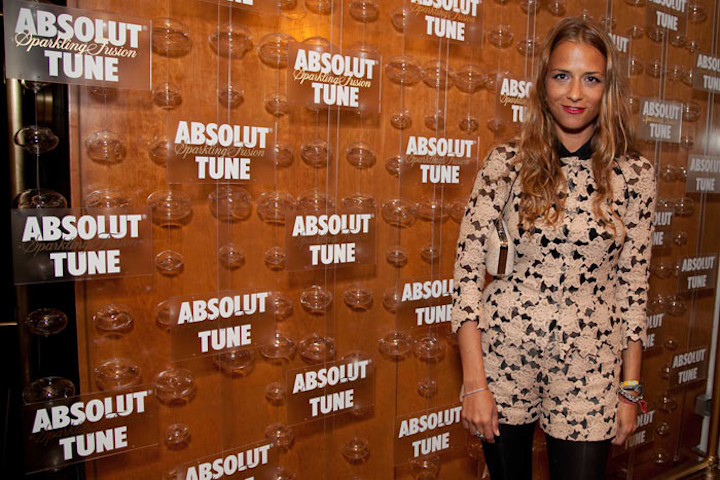 Each party had a separate host—designer Charlotte Ronson held court at the Top of the Standard. In keeping with the idea of putting guests inside a bottle of Absolut Tune, the step-and-repeat was decorated with bubble-shaped spheres.
Photo: Nilaya Sabnis 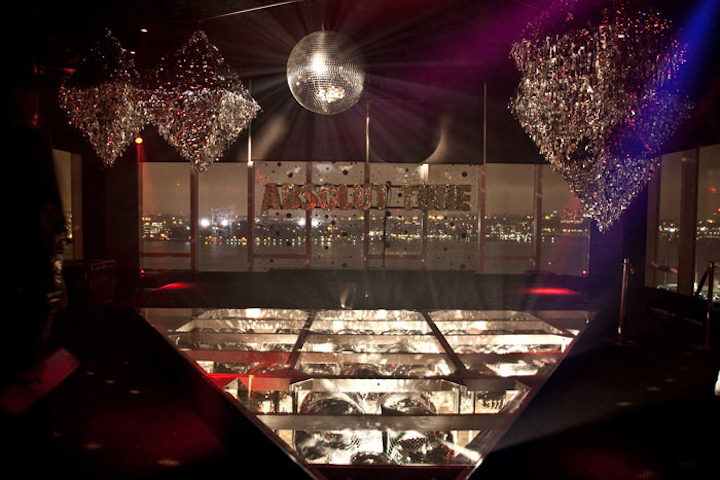 At Le Bain, the silver Mylar chandeliers matched the disco balls that filled the pool. A plexiglass pane covered the pool, creating a stage for the night's performer.
Photo: Nilaya Sabnis 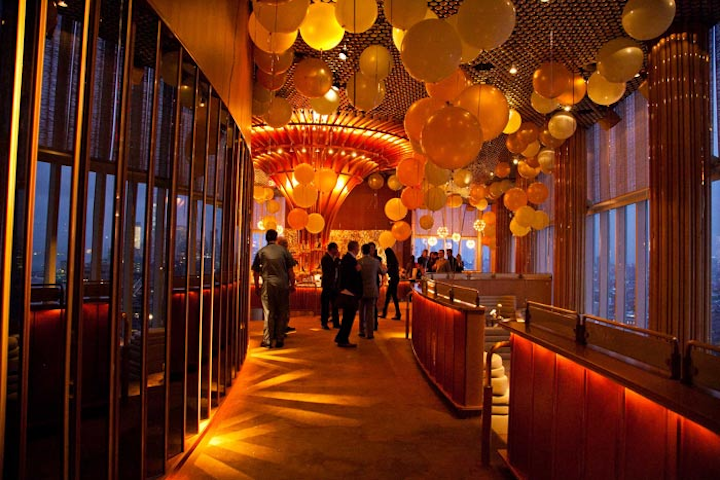 Top of the Standard had a gold-hued look, and the balloon-covered ceiling mimicked Absolut Tune's fizzy contents.
Photo: Nilaya Sabnis 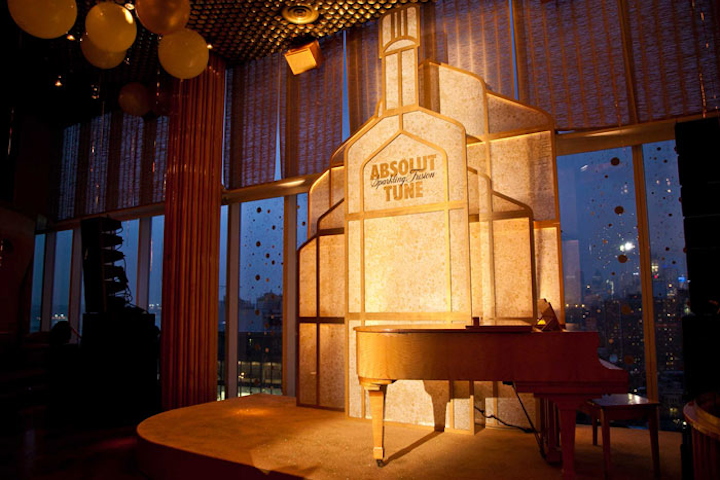 A.Bunch fashioned the bottle-shaped backdrop for the stage at Top of the Standard.
Photo: Nilaya Sabnis 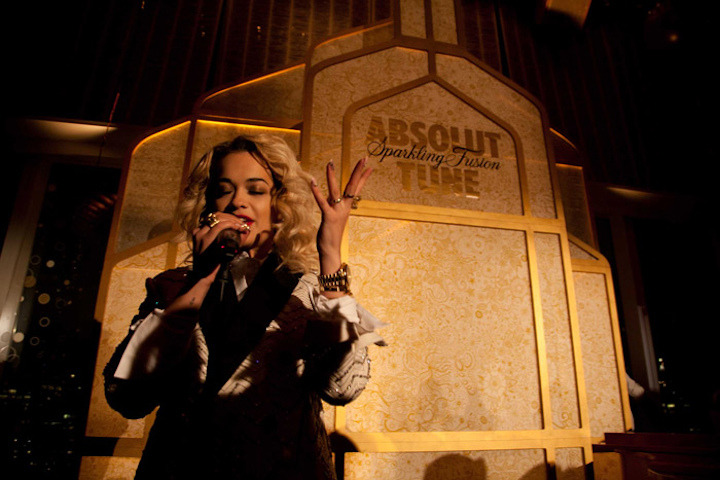