On Monday night, IFC hosted the season 3 premiere for Portlandia, bringing some 580 guests to the American Museum of Natural History in New York, where the space was filled with ice sculptures and quirky centerpieces. For the organizers, just finding a spot to screen the first two episodes and house a party was a challenge.

"With holiday parties already on the books, it was difficult to find a venue with both a theater and party space for 500 people," said Lauren Burack, IFC's vice president of marketing. "In addition to capacity, the venue needed to fit with the unique, eccentric vibe of the show. To us, Portlandia is a real place; we needed the right aesthetic in which to bring it to life."

The museum fit the bill, and the premiere party inside the Milstein Hall of Ocean Life showcased this offbeat sensibility, playing off the idea of Portland in winter with tongue-in-cheek displays of objects in ice. The biggest was a frozen bicycle, a 5½- by 5½-foot block crafted by Ice Fantasies that served as the focal point. "This central installation was the culmination of the bike lane, which led guests from the screening portion of the evening to the reception in Milstein Hall of Ocean Life," said Burack.

Smaller in scale, but just as playful were the cocktail table decorations. Twig Terrariums created an assortment of glass terrariums that contained miniature scenes designed to depict the daily lives of Portlandians, with tiny figurines of people and animals rock climbing, practicing yoga, and milling about a field of greenery. 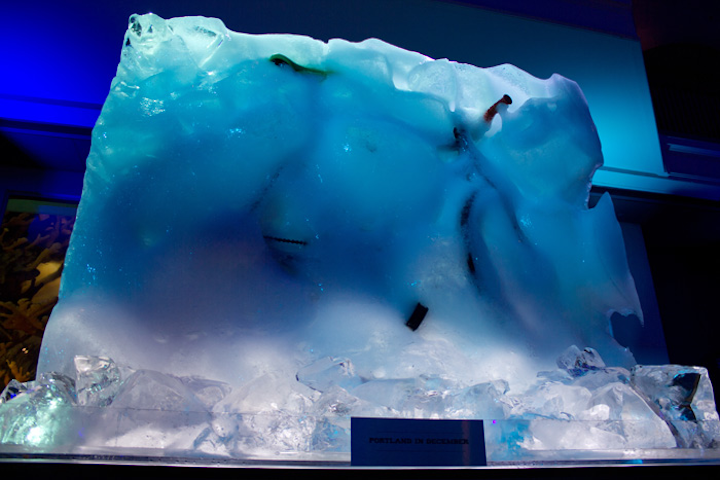 The event's central installation was a 5½- by 5½-foot block of ice containing a frozen bike.
Photo: Nadia Chaudhury/BizBash 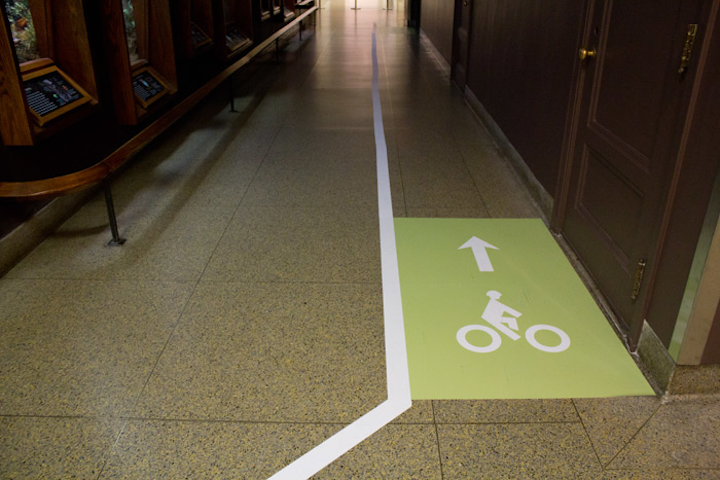 Decals on the floor of the museum mimicked a bike trail, which guided guests from the theater to the party space.
Photo: Nadia Chaudhury/BizBash 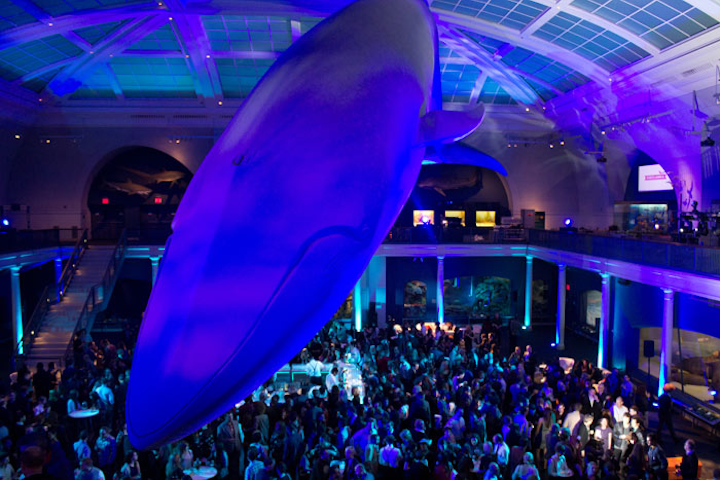 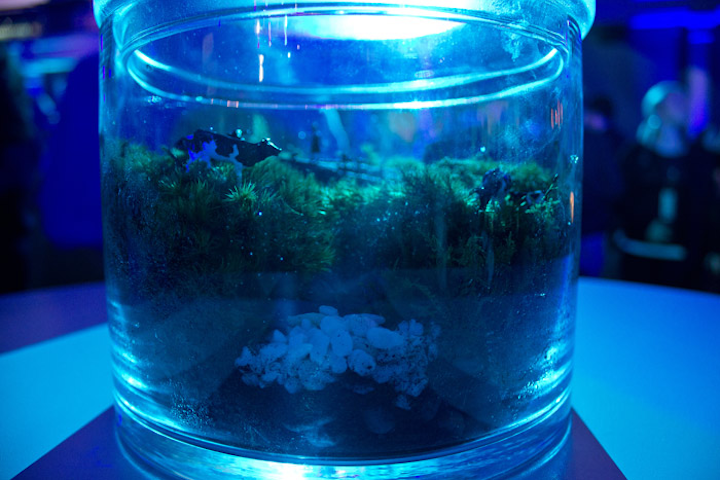 Created by Twig Terrariums, the centerpieces for the highboy tables portrayed Portlandian's daily activities such as practicing yoga, rock climbing, and playing on the swing set.
Photo: Nadia Chaudhury/BizBash 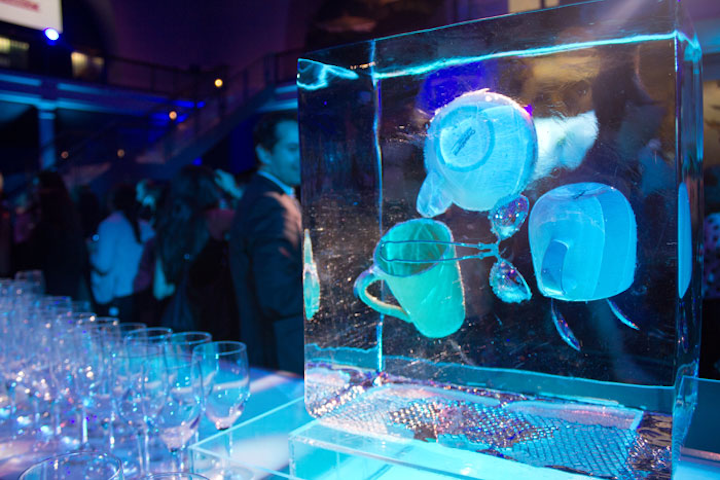 As a playful nod to Portland's many coffee shops, one sculpture had mugs and tea pots frozen in ice.
Photo: Nadia Chaudhury/BizBash 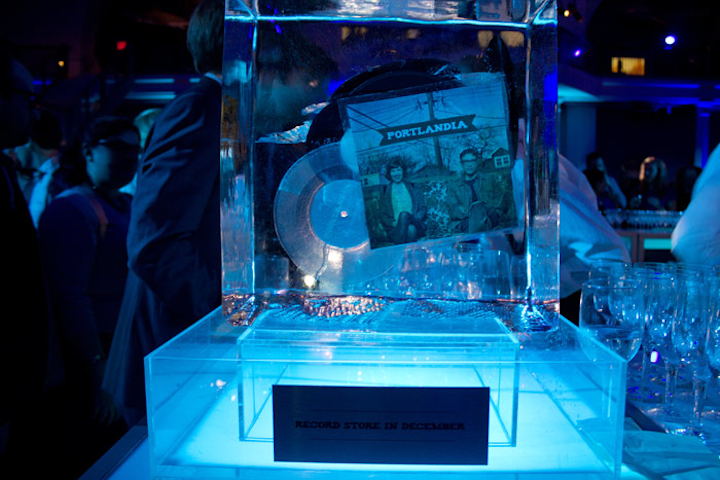 To depict a frozen record store, a custom Portlandia CD was enclosed in a block of ice.
Photo: Nadia Chaudhury/BizBash
More in Event Design