The space technology firm SpaceX embraced its mission at an outer-space-theme reception for clients and partners at Washington’s Carnegie Library on March 16. Evoke DC planned and designed the event for the California-based company, which designs, manufactures, and launches spacecraft.

The “Space Invaders” event featured futuristic elements such as costumed entertainers who interacted with guests, as well as an on-theme menu from Occasions Caterers that included a dry-ice specialty cocktail, which was served from a hexagon-shaped bar that was studded with LED lights. Guests could play the classic video game Space Invaders in a modern format: Quince Imaging projected it onto the library wall.

Following the reception was an after-party at nearby restaurant Rogue 24. 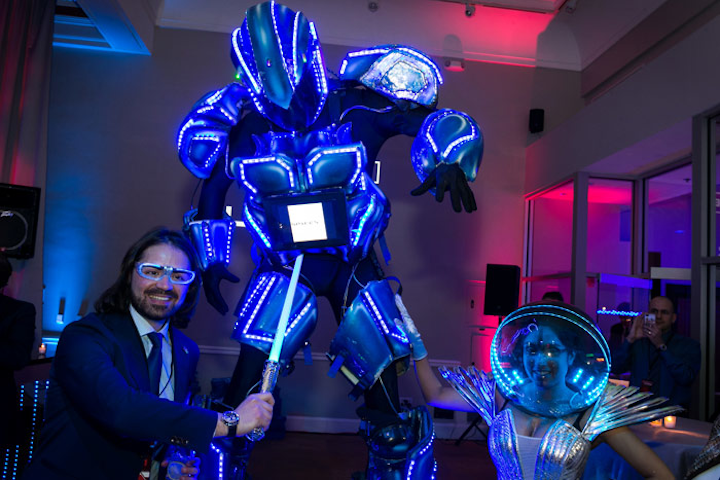 Robotic greeters from Light Up the Night interacted with guests at the event.
Photo: Michael Kress 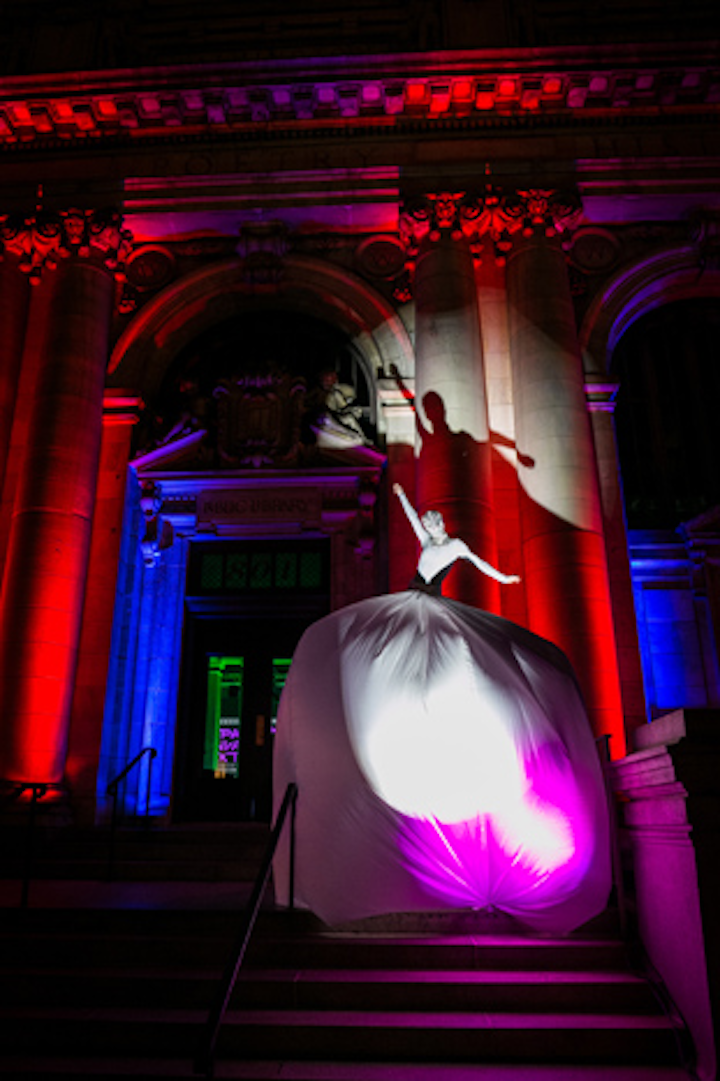 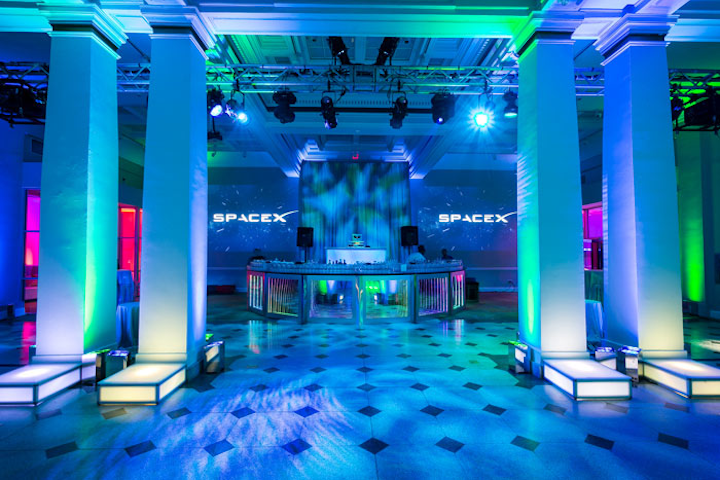 The event took place at Carnegie Library. Atmosphere Lighting designed the lighting for the space. The hexagon-shaped bar was studded with LED lights.
Photo: Michael Kress 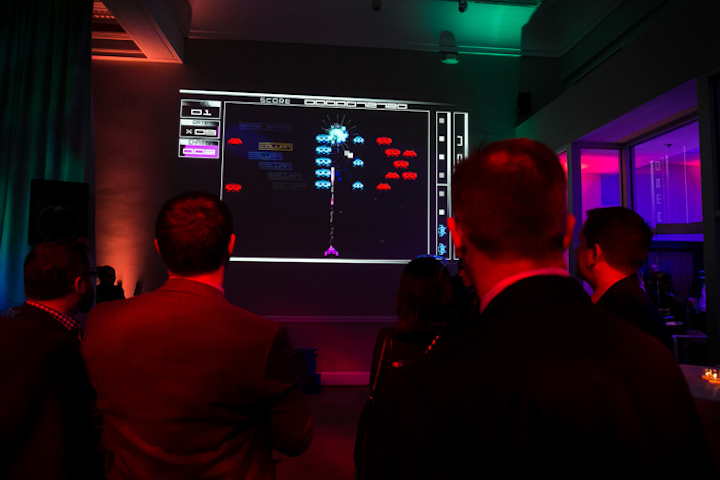 Guests could play the classic video game Space Invaders in a modern format: Quince Imaging projected onto the walls of the venue.
Photo: Michael Kress 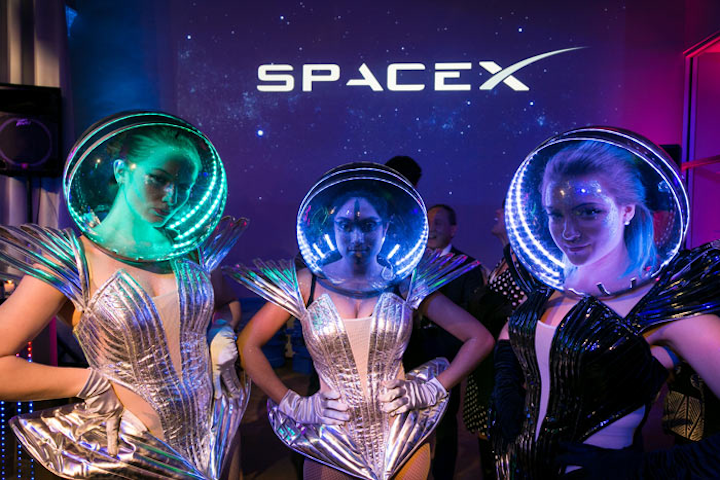