2017 Preview: What to Expect From Next Year's Most Notable Events

The presidential inauguration, Lady Gaga's return to the Super Bowl, and the N.B.A.'s All-Star move mark some of the high-profile happenings for events in North America next year. 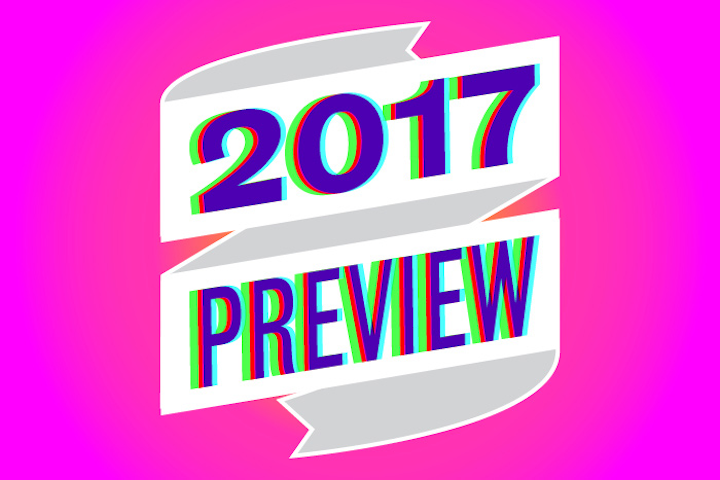 From an Oscars that's slated to be more diverse and the absence of notable designers at New York Fashion Week to the upcoming presidential inauguration that will attract a number of protests, here's a chronological look at what to expect from the biggest events taking place in 2017.

C.E.S.
The world's biggest trade show for consumer electronics and technology is slated to draw 50,000 industry professionals from some 150 countries and 177,000 overall attendees to event venues including the Las Vegas Convention Center, Westgate Las Vegas, Renaissance Las Vegas, and the Sands Expo Convention Center. The show will also feature exhibiting companies from 57 countries, an increase of 9 percent from its 2016 edition. The sixth annual Eureka Park—the start-up destination at C.E.S.—will have 600 start-ups from 33 countries, including newcomers the Czech Republic, New Zealand, Ukraine, and the Netherlands. The show runs January 5 to 8.

Presidential Inauguration
Donald Trump will be sworn in as the President of the United States in front of the Capitol on January 20, in a ceremony that still has yet to find official entertainment aside from national anthem singer Jackie Evancho. The event itself, which is being planned by former Met Gala planner Stephanie Winston Wolkoff, won't be an ordinary inauguration, with possible reality television-inspired elements and the presence of the anti-Trump protests surrounding the ceremony. The most high-profile protest is slated to be the Women's March on Washington, which received a permit to take place the day after the inauguration. Airbnb expects to host 10,000 guests for the event.

Sundance Film Festival
The 33rd edition of the independent film festival will come to Park City, Utah, January 19 to 29. The festival—which selected 133 feature-length films from 32 countries and 37 first-time filmmakers—is hosting its first New Climate program focused on the themes of climate change and environmental preservation. As the inauguration takes place on the second day of the festival, organizers are expected to accommodate requests from groups that want to stage demonstrations at the event.

Super Bowl LI
The 51st edition of the N.F.L. championship game will take place February 5 at the N.R.G. Stadium in Houston. The event will welcome back previous national anthem singer Lady Gaga, but this time the pop star will headline the Pepsi-sponsored halftime show. While Frito-Lay backed out of advertising at next year's game, mainstay brand GoDaddy is expected return after taking a break during Super Bowl 50.

New York Fashion Week
Taking place February 9 to 17, this coming winter's New York Fashion Week will be lacking some major designers, including Tom Ford, Tommy Hilfiger, Rebecca Minkoff, and Rachel Zoe. The brands, which showed see-now-buy-now collections at the last iteration of Fashion Week in September, have all chosen to move their February runway shows to Los Angeles. Fashion Week mainstay Vera Wang is also skipping the event, and will instead release a short film online to introduce her fall collection.

N.B.A. All-Star Weekend
After originally selecting Charlotte to host the N.B.A. All-Star Game, the league decided in July to move the event because of North Carolina legislators' lack of action to change the state's anti-L.G.B.T. laws. The game now will take place in New Orleans at the Smoothie King Center February 19, marking the third time the city has hosted the game.

South Beach Wine & Food Festival
Now in its 16th year, the South Beach Wine & Food Festival will take place February 22 to 26. The event will offer more than 90 events including dinners, seminars, parties, and tastings. New events next year will include Burnt Ends: A Kosher BBQ Dinner, Noodling Around: A Late-Night Party, and Food Fight hosted by Guy Fieri. The festival will kick off with Barilla's Italian Bites on the Beach, hosted by Valerie Bertinelli and Alex Guarnaschelli, and close with the second annual Lucky Chopsticks: An Asian Night Market hosted by Andrew Zimmern.

Academy Awards
Jimmy Kimmel is slated to host the 89th annual Academy Awards on February 26 at the Dolby Theatre in Los Angeles. The Academy of Motion Picture arts and Sciences—which was criticized for its lack of Oscar-nomination diversity earlier this year, distilled in the hashtag #OscarsSoWhite—launched a new initiative aimed at promoting diversity in the industry. Additionally, the upcoming awards are expected to be much more diverse, with with critically acclaimed films featuring people of color including Moonlight, Hidden Figures, and Fences expected to pick up nominations. ABC also extended its deal to broadcast the ceremony through 2028, which may give the network more creative control over who will host and produce the event. Next year's ceremony will be produced by Jennifer Todd and Michael De Luca.

South by Southwest
The 31st annual music, film, and tech festival brings a slew of screenings, performances, and panels to Austin from March 10 to 19. Keynote speakers include Nile Rodgers, Beats 1 creative director Zane Lowe, Rogue One: A Star Wars Story director Gareth Edwords, Transparent creator Jill Soloway, and Mt. Everest photographer Cory Richards. New for the festival will be "Tech Under Trump," a program focused on how the tech industry may change in the new administration. Festival sponsors include Esurance, Bud Light, McDonald's, and Mazda.

TED2017
TED2017: The Future You is slated to take place April 24 to 28 at the Vancouver Convention Centre. The theme of the event is expected to be more personal, with speakers focusing on self-learning, growth, and empowerment, within the realm of topics including the latest inventions and medical inventions. While the lineup will be announced at a later date, the event is slated to have more than 70 speakers.

C2 Montréal
The sixth edition of the international marketing and advertising event will return to the Arsenal from May 24 to 26. The theme is Ecosystems, which will explore how commerce and creativity intersect. Speakers announced so far include Electronic Arts' Motive Studios and Ubisoft Toronto founder Jade Raymond and Apple co-founder Steve Wozniak.

Comic-Con International
The 48th annual pop culture event will return to the San Diego Convention Center from July 20 to 23. The panel lineup will be announced at a later date, but the convention will likely spotlight films and TV shows with 2017 release dates, including Wonder Woman, Justice League, and Iron Fist.