Lucky fans of Lego's Ninjago property got to participate in their own version of America Ninja Warrior this summer, when the brand launched a cross-country interactive competition inspired by the ninja-theme toys and Cartoon Network television show.

Lego and brand experience agency Sparks partnered to host a seven-city tour—dubbed the "Quest2Ninjago Wu-Cru Team Challenge"—for kids ages 7 to 12, giving teams of two an opportunity to compete in physical and mental ninja-theme challenges. Winning teams in each city earned a trip to Legoland California Resort in Carlsbad, where the tour's finale took place, and where participants also competed for the winning title and grand prize. The tour kicked off on June 10 in Austin at the Browning Hangar at Mueller and ended with the finale on Saturday.

"While beloved for its action-packed storyline and ninja-theme building sets, the Ninjago universe is also known for celebrating the power of teamwork and problem-solving," Lego senior director of brand relations Michael McNally commented in a statement. "The Quest2Ninjago is a one-of-a-kind, hands-on, minds-on 'training' event, where we literally bring the Ninjago property to life, encouraging kids to work together to combine their physical and mental talents to master the challenge, just as the teenage ninjas from the television show must do." 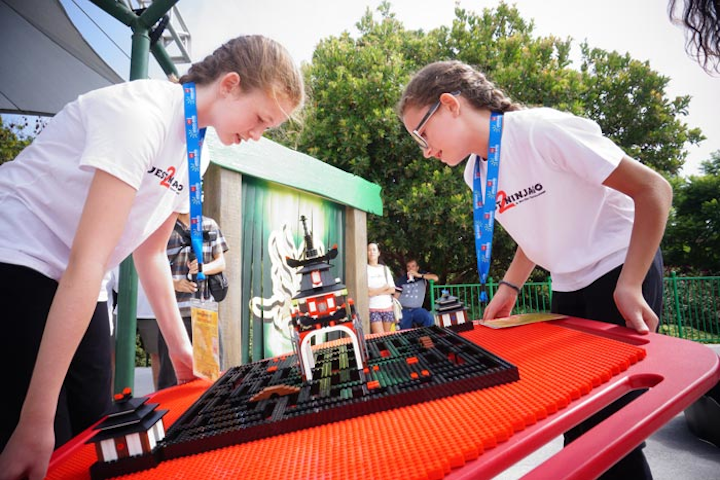 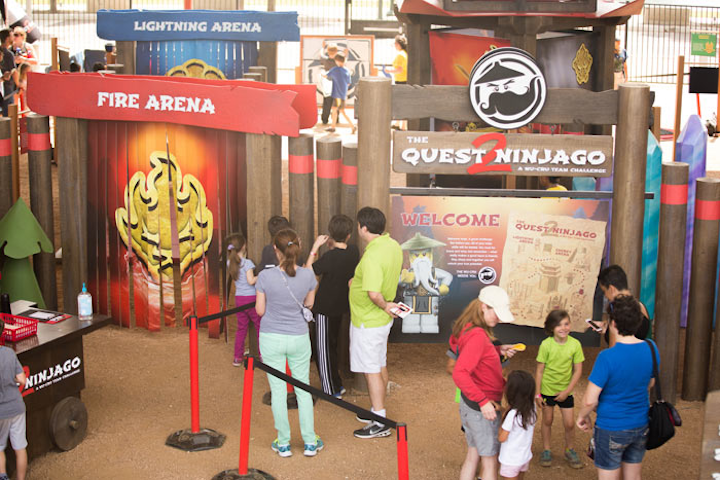 The experiential qualifying tour stopped at seven U.S. cities, beginning June 10 and ending Saturday. Competition arenas were split into themes based on the Ninjago property, including Fire and Lightning. The entire course served as a way to immerse competitors into the Ninjago world.
Photo: Sandy Huffaker/AP Images for Sparks 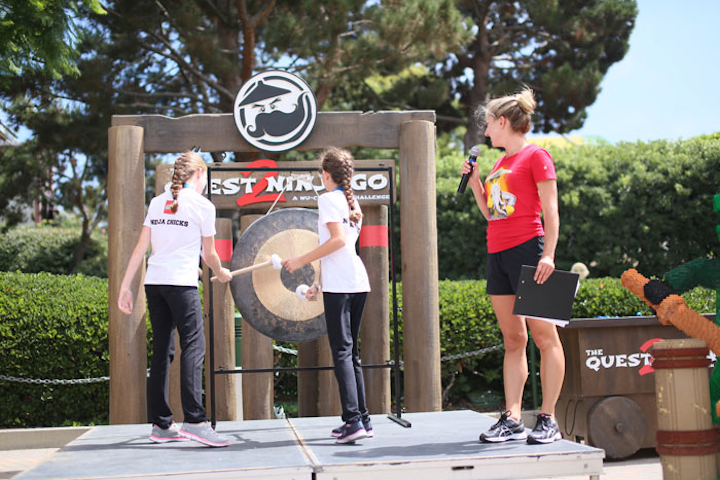 Winning teams from each city qualified to participate in the finale, which took place Saturday at Legoland California Resort in Carlsbad. Decor included a gong inspired by the series.
Photo: Sandy Huffaker/AP Images for Sparks 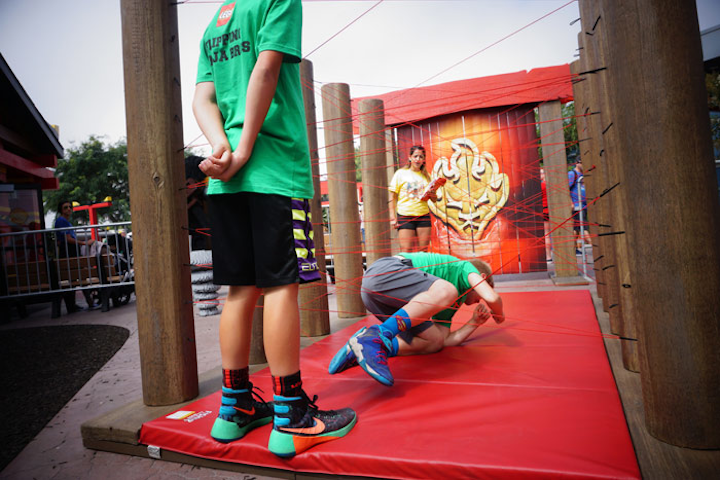 Another challenge had participants use physical agility to crawl through a web of fake laser rays.
Photo: Sandy Huffaker/AP Images for Sparks 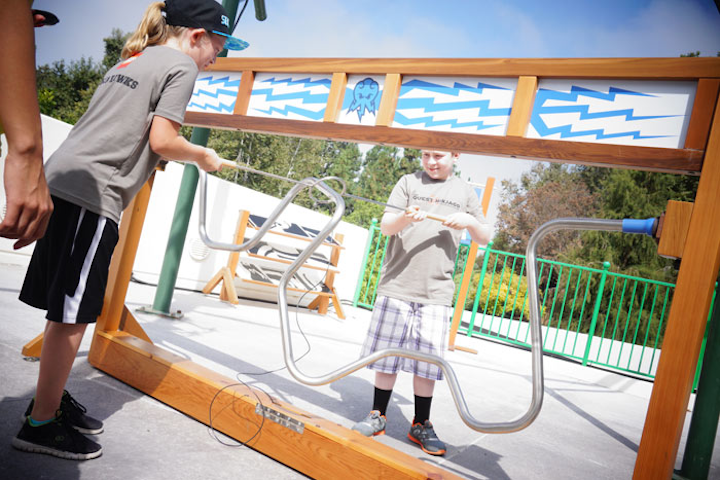 "Jay's Lightning Maze" had both team participants work together to guide a wand through a metal maze with the goal of not having the wand touch the metal.
Photo: Sandy Huffaker/AP Images for Sparks
More in North America