On Tuesday evening, members of the River North Business Association gathered at the Merchandise Mart to pick up colored wristbands and find out which five venues would be hosting them for dinner and drinks that night. Dubbed "October Feast," the event divided members of the association, each of whom had purchased a $50 ticket, into eight groups of 50. Each group set out on a specific route that stopped at different River North restaurants and bars, and at the end of the night, all guests headed to Martini Park for an after-party with live music and dance classes.

Tuesday's event marked the association's first restaurant-and-bar crawl, although "we've done similar networking events in the past," said executive director Sharon Romack. "We used to have our members walk around to 12 River North art galleries, hear live musicians, and enjoy some wine." But when some of the galleries moved to the West Loop, the association replaced them with dining establishments.

Cindy Kurman of Kurman Communications Inc. assisted with planning efforts and said that using eateries as host venues helped smooth out some kinks that had plagued the event in its previous incarnation. "We always brought food from local restaurants to the galleries, and that became problematic because of licensing issues and all kinds of things," she said. "So we thought it would be easier to bring people to the restaurants." The deal worked out for the dining spots as well, Romack pointed out. "The [venues] were thrilled to host us because a lot of them spend money to be members of our association, and this way, we gave them something in return: customer traffic," she said.

Throughout the evening, businesses offered tasting portions of their specialty items—fried macaroni and cheese bites with truffle dipping sauce at Martini Park, sushi rolls at Sunda—and each establishment hosted guests for 45 minutes before the group moved on to a new destination. To keep track of their routes, guests used checklists that came printed with maps of the area.

Devising the routes for each group proved to be a logistical ordeal. "The biggest challenge we faced was spreading all the restaurants out to give each group a varied taste of River North," Romack said. "We didn't want to have one group get all the Italian restaurants, for example."

Planners also had to work around the venues' needs. "Everyone was very cooperative, but each venue did have its own list of qualifications," Kurman said. "Some of the venues were hosting private parties and needed us to come early; some restaurants wanted more than 50 guests to pass through, so we had two groups going to them; some could only host 25, so we had to split groups in two at certain points. From an event planner's point of view, it was kind of like a puzzle." 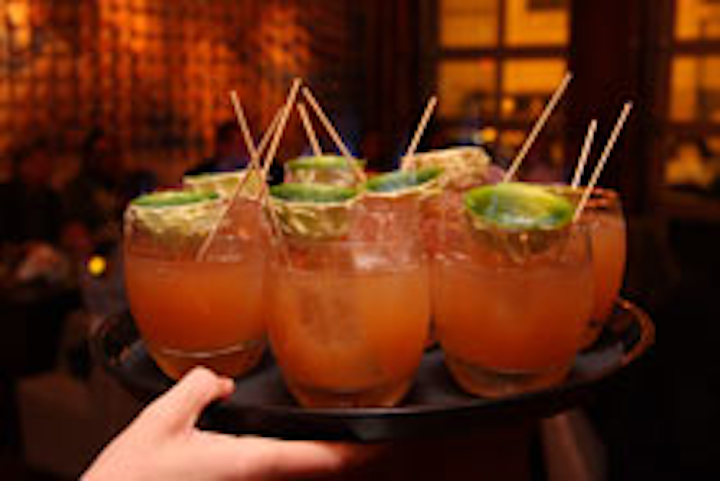 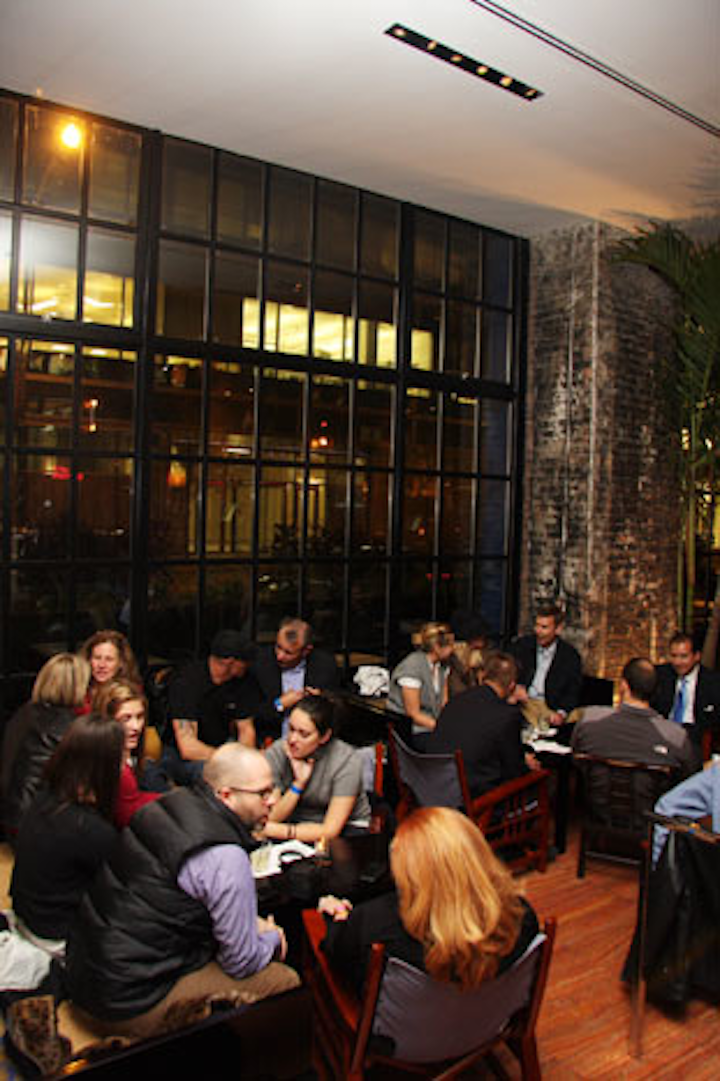 Some guests stopped by Sunda for sushi and specialty cocktails.
Photo: Mireya Acierto for BizBash 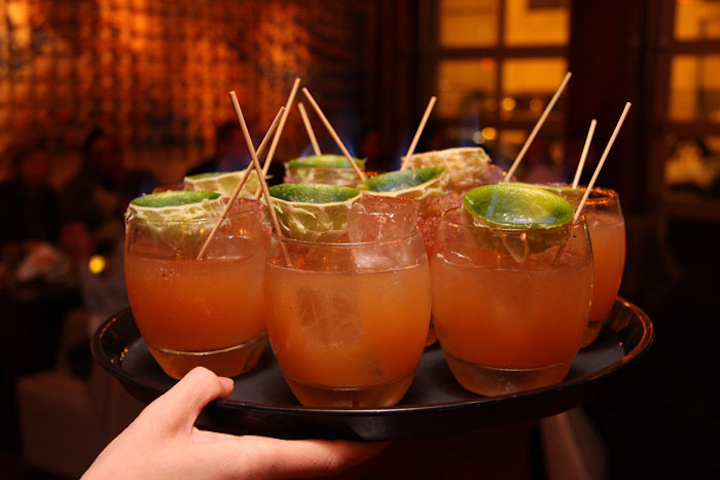 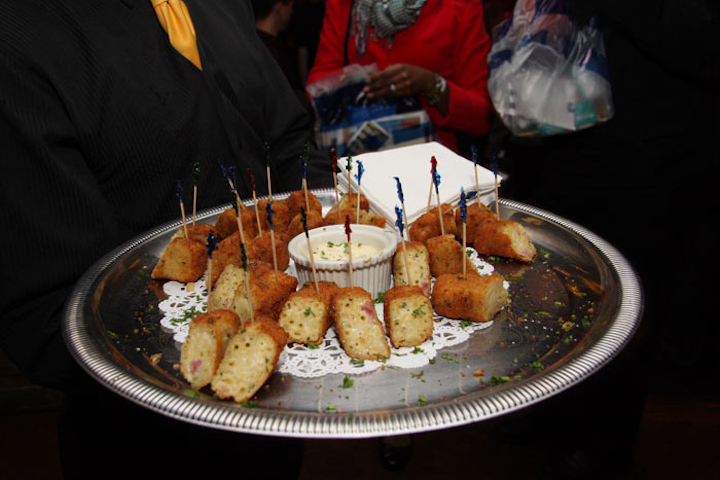 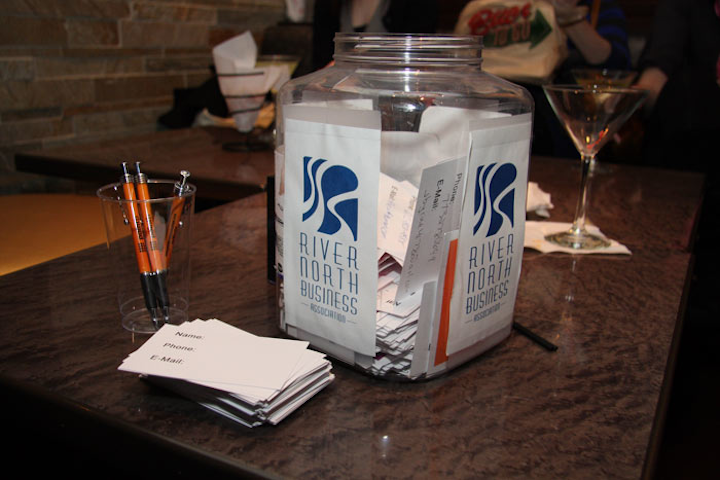 Guests entered a raffle to win prizes such as a $51 gift card to River North restaurant Hub 51.
Photo: Mireya Acierto for BizBash 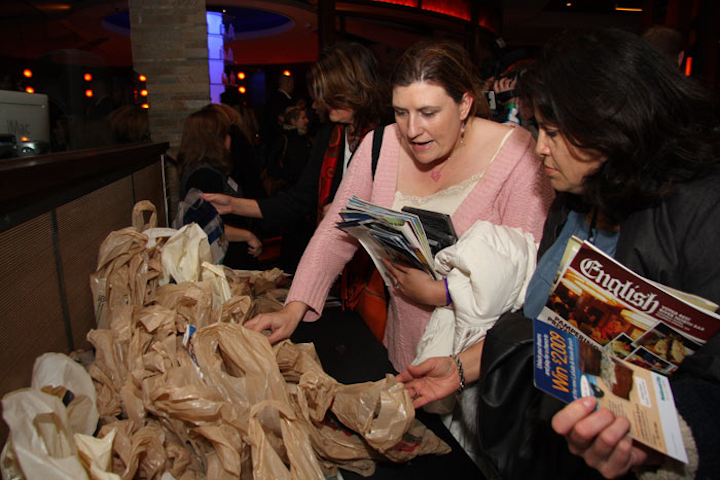 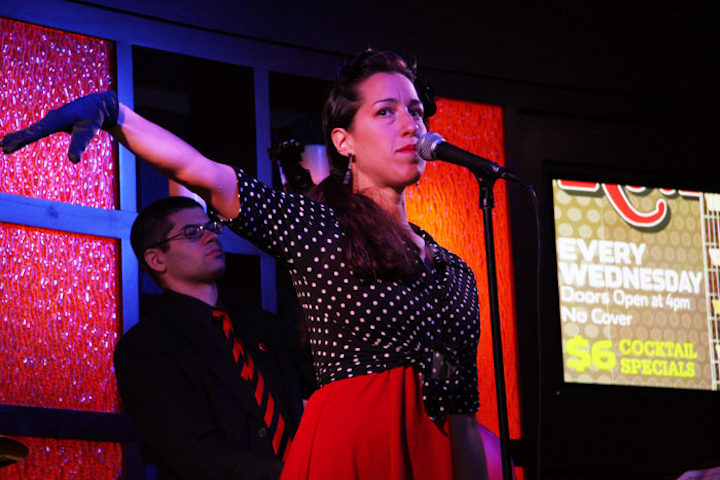 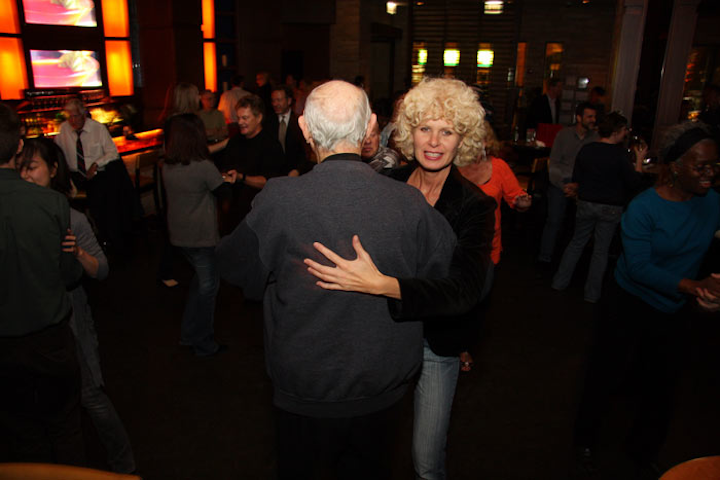 On the dance floor, instructors from Arthur Murray Dance Studio partnered with guests and led them through steps.
Photo: Mireya Acierto for BizBash
More in Chicago