The Pérez Art Museum Miami's benefit divided the evening into three sections, with different menus and service based on ticket price.

Presented by Louis Vuitton, the Pérez Art Museum Miami gala on Saturday had a new format from a familiar face: Lee Brian Schrager of Southern Wine & Spirits of America, returning for his second year planing the event.

Schrager, better known as the founder of the South Beach Wine & Food Festival, oversaw the operations that brought to life this year’s theme: the Art of the Party. “As an active board member, and after doing last year’s opening at the request of Jorge Pérez, it was a natural fit to continue to be involved in this capacity with PAMM,” Schrager said.

The gala, held Saturday at the museum, had a three-tiered event structure based on ticket price. Beginning at 7 p.m., the Chef’s Table, hosted by renowned Brazilian chef Thomas Troisgros, began with cocktails in the Podhurst Lobby followed by a four-course menu under the stars on the museum’s east terrace, featuring a 90-minute serenade by crooner Nicole Henry. Tickets were sold $25,000 for tables of 10.

At 8:30 p.m., another group of attendees came to the Supper Club dinner lounge. Guests were encouraged to tour the second-floor exhibition galleries and pose at the interactive GIF photo booth from Phhhoto, before entering the lavish festivities. Chef Troisgros also crafted dinner stations in the Supper Club, with offerings that included passed ceviche spoons and mushroom cappuccinos, a grilled octopus and moqueca station, mixed pasta carbonara, and plated tender short ribs. Tickets were $1,000 each, and Chef's Table patrons were invited to the lounge as well.

Entertainment intervals kept the Supper Club lively, from a 20-person flash mob to the dozen-samba-dancer parade. It was Troisgros’s Rio de Janeiro-based background, along with the highlighted exhibition of Brazilian artist Beatriz Mihazes, that inspired this year’s cultural theme.

Carrying the carnival flavor into the Remix after-party at 10:30 p.m., which took place in the West Portico and Knight Plaza, Batuke Samba Funk echoed high-energy beats off Biscayne Bay, with a much-anticipated cameo by saxophonist Pee Wee Ellis. Late-night partiers indulged in a dessert buffet, along with cocktails at the Belvedere ice bar. Troisgros worked with Stephen Starr Events, the museum's exclusive caterer, to execute the menus. Remix tickets were $250 each, and guests for both dinner events joined in for desserts.

This year’s PAMM gala successfully used multiple spaces on the museum property’s grounds. “We felt it was important to showcase every part of PAMM, and really created the different expressions around the areas themselves,” Schrager said. “We wanted to make sure that every expression of the gala was unique and special. We knew we wanted everyone to be together at the end of the evening, and that’s really how the culmination of the Remix party came about.”

Guests totaled 300 for the Chef's Table, another 300 at the Supper Club, and another 350 at Remix. Proceeds from the event, which are still being calculated, support the museum’s education program. 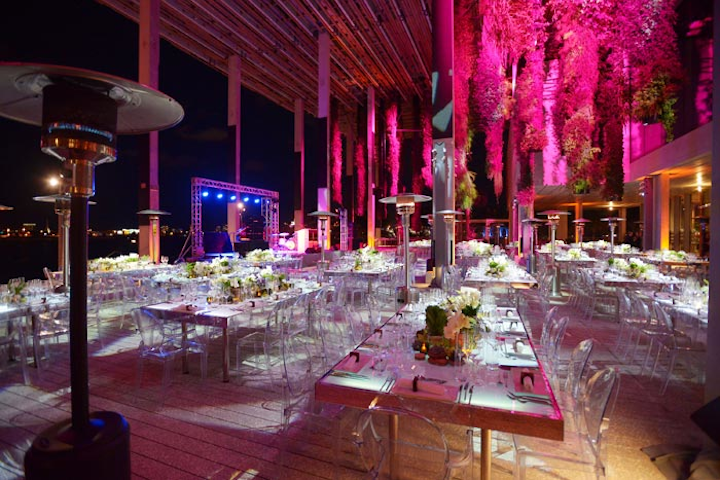 Beginning with a Dom Perignon champagne toast, the Chef's Table portion of the Art of the Party took place in the open-air east terrace. Guests sat at tables of 10 for a four-course meal from chef Thomas Troisgros, along with a 90-minute serenade by vocalist Nicole Henry. Some table hosts received a limited-edition print by artist Beatriz Milhazes, who has an exhibition at the museum.
Photo: World Red Eye 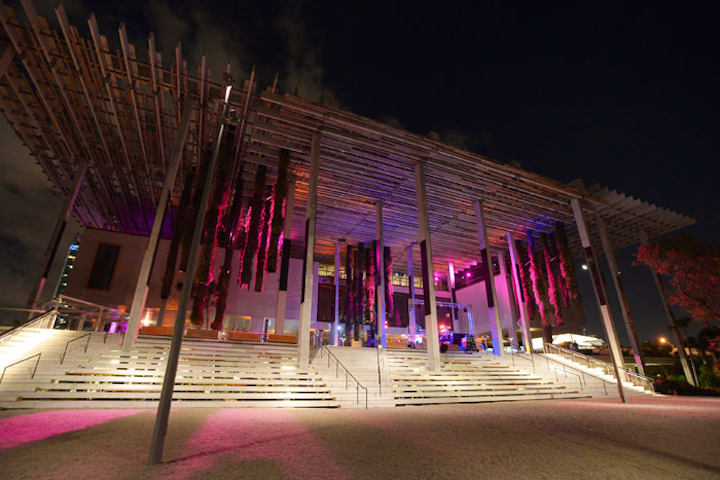 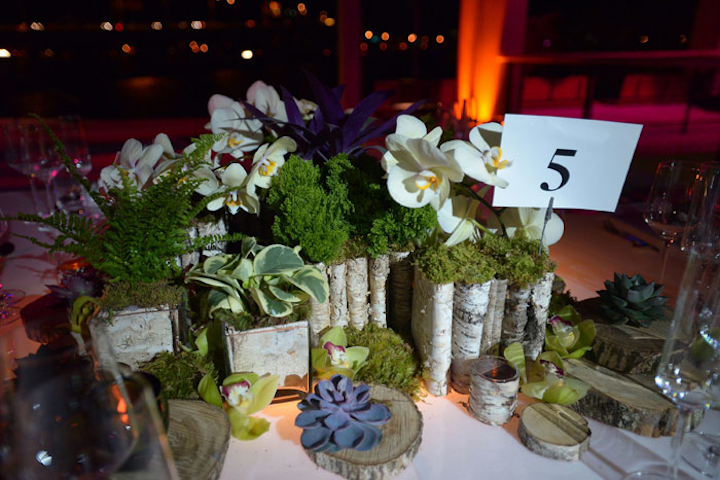 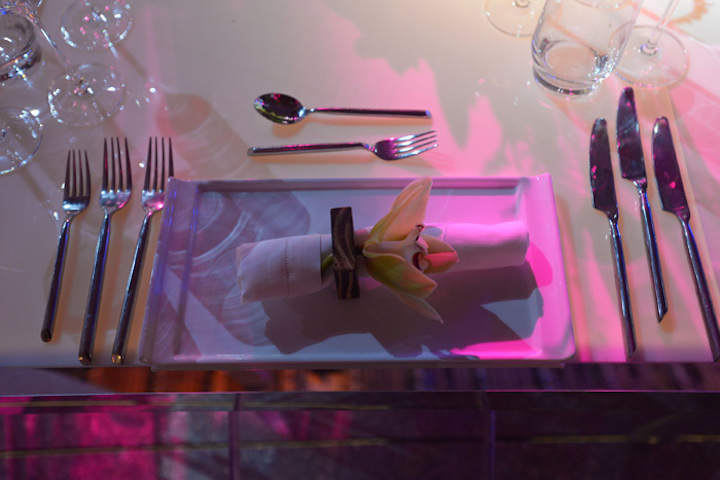 Chef Troisgros flew in from Rio de Janeiro for the event and served a four-course meal to guests who bought tickets to the Chef's Table portion of the evening.
Photo: World Red Eye 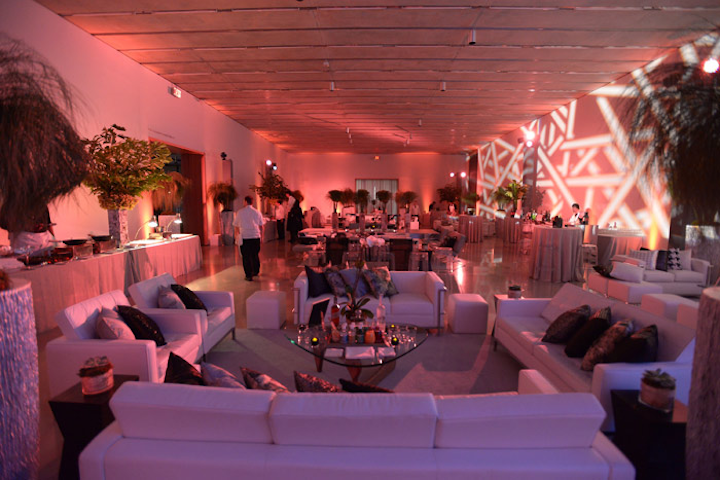 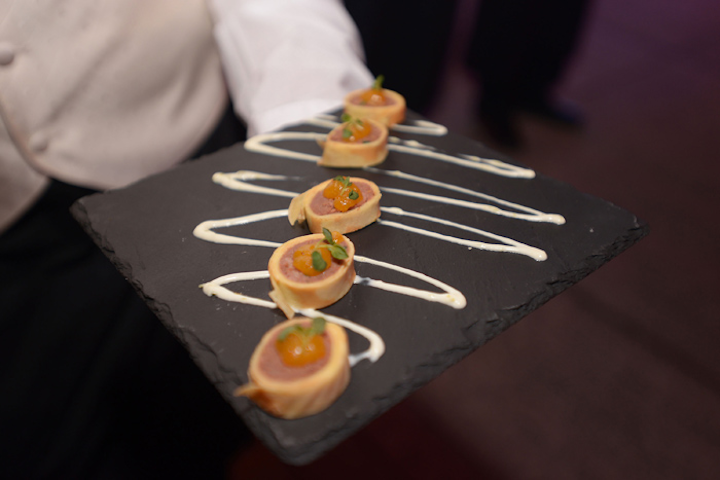 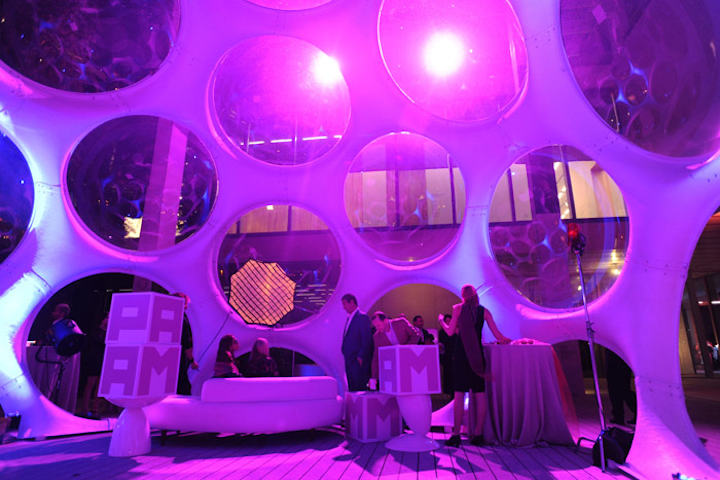 The Geodesic Dome was illuminated in the museum's West Portico, doubling as a photo backdrop for guests interested in printed souvenirs at Remix, the samba-themed dessert party.
Photo: World Red Eye 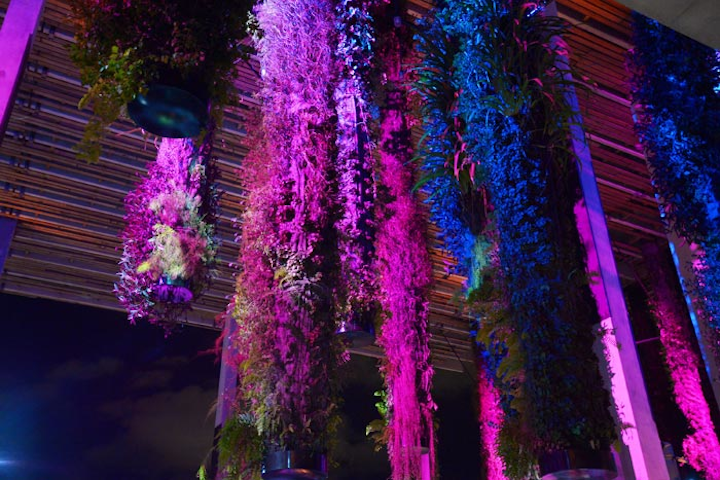 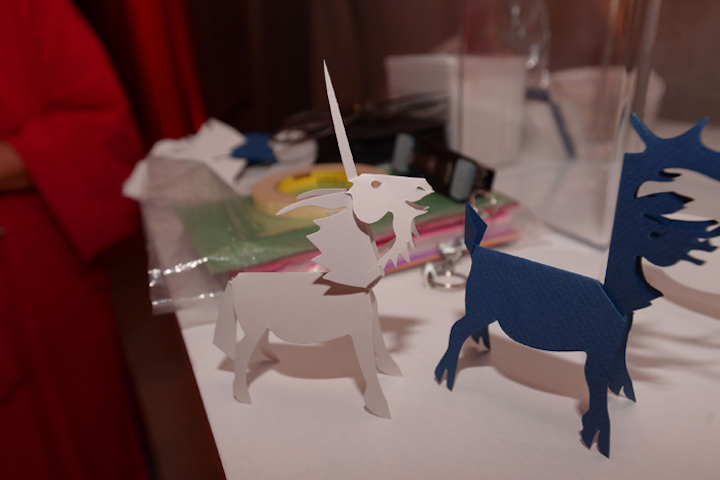 Paper silhouettes were a whimsical decor touch at the Chef's Tables as well as the Supper Club, and became popular takeaways at both dinner parties.
Photo: World Red Eye
More in Miami / South Florida