T-Mobile and Mastercard were among the brands sponsoring events at the 88th edition of the MLB All-Star Game.

Major League Baseball’s All-Star Game brought a number of sponsors for events and activations as it descended on Miami for the first time this year. The 88th edition of the game took place July 11 at Marlins Park, home of the Miami Marlins.

The night before the game, Marlins Park hosted the popular Home Run Derby, whose title sponsor was T-Mobile. Afterward, T-Mobile presented a “Derby After Dark” party at Faena Forum, featured a headlining performance by DJ Irie, as well as appearances by athletes, V.I.P. guests, and more. The event, produced by IMG Live, saw the mobile phone provider’s magenta brand color in everything from the entry carpet to baseballs. Projections and digital graphics were used throughout the space, including on a LED DJ booth.

Masterpass House, a separate activation at the W South Beach produced by BMF Media, featured a performance by Jennifer Hudson as well as custom pennants designed by sketch artist Blue Logan. On July 8, Stand Up To Cancer hosted a concert at the venue, and the following night “Big Papi” David Ortiz hosted a sunset barbecue, which also benefited the charity.

Here’s a look inside events at baseball’s midsummer classic. 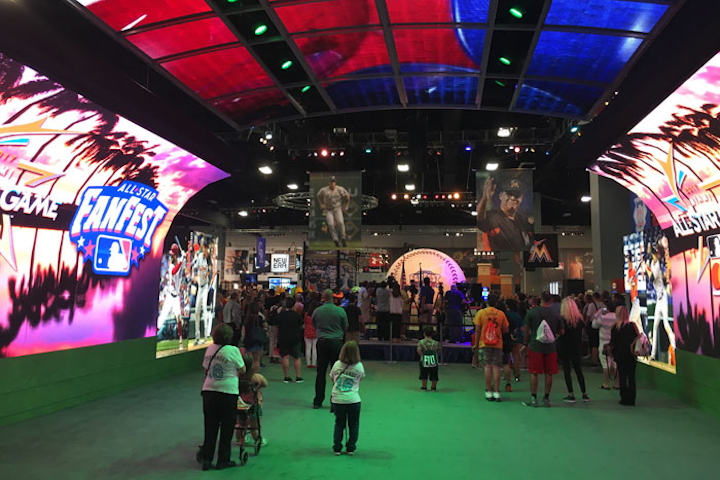 Produced by BaAM Productions, FanFest included a welcome area that featured what it called the world's largest baseball. 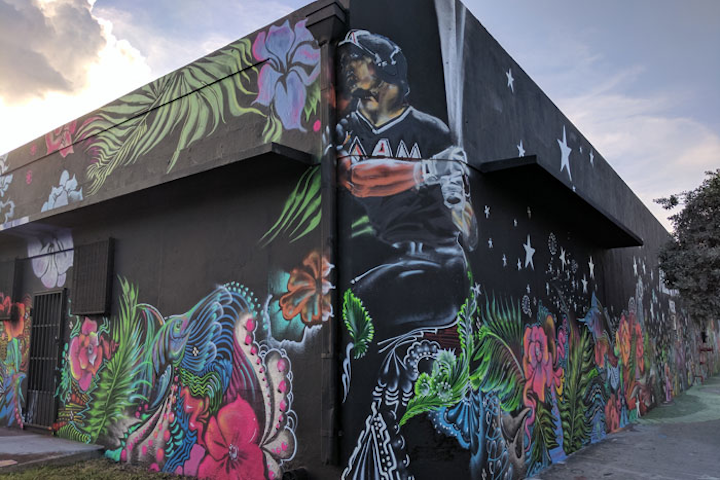 Creating street art designed to promote the game, the league's designers rendered an image of Miami Marlins star player Giancarlo Stanton on a building in the Wynwood neighborhood. Creative signage throughout the city was part of the league's promotional strategy. “Whether a resident or visitor saw it, we wanted them to quickly see that the All-Star Game was in town,” said MLB spokesman Matt Bourne. 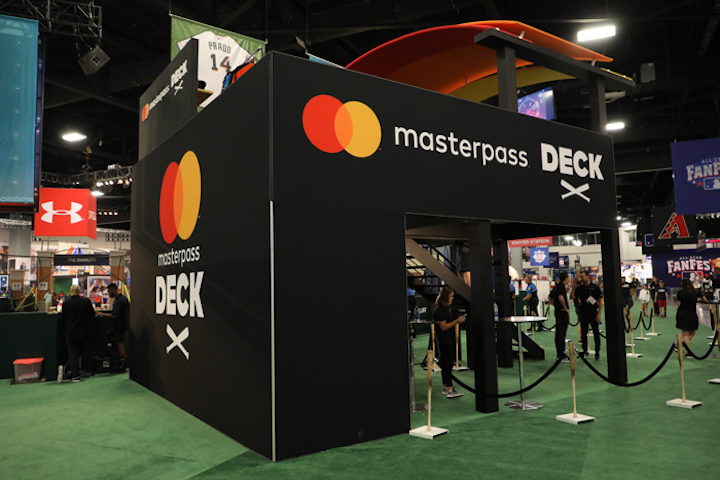 At the Mastercard activation, customers could use their Masterpass digital wallet or Mastercard to buy a commemorative MLB All-Star Game Topps trading card. 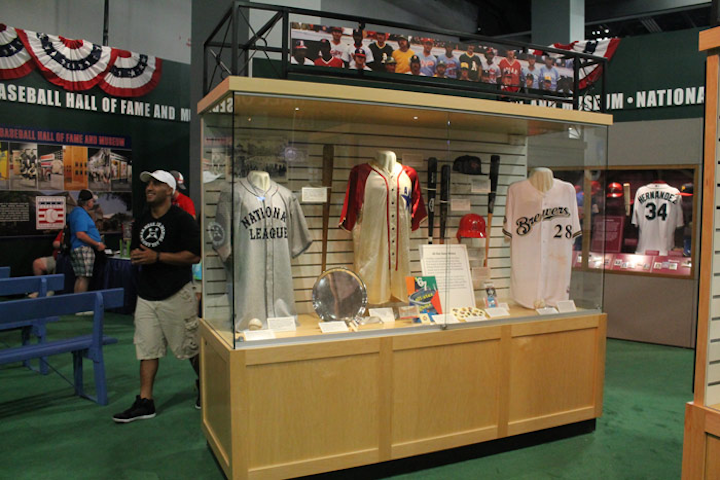 Exhibits from the National Baseball Hall of Fame were on display during the event, which was held July 7 to 11. 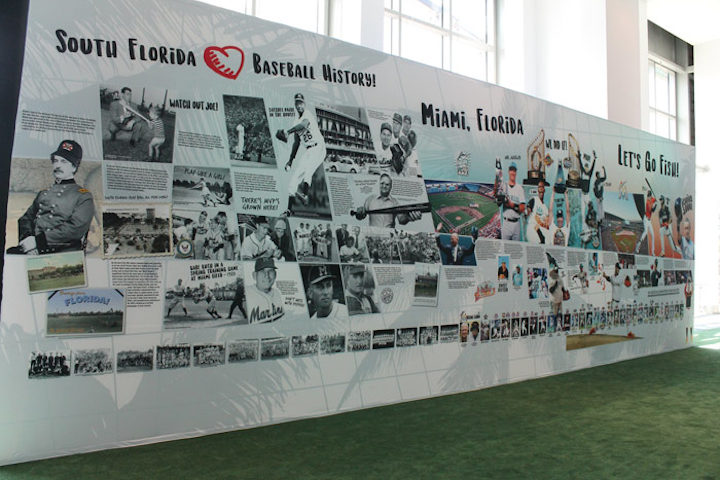 Among the items on display was a hometown heroes exhibit wall. 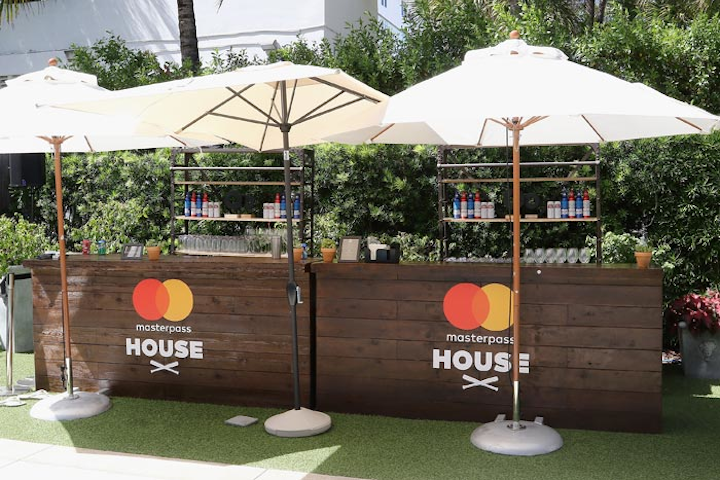 At the W South Beach, the Masterpass House included a private sunset barbecue to benefit Stand Up To Cancer. 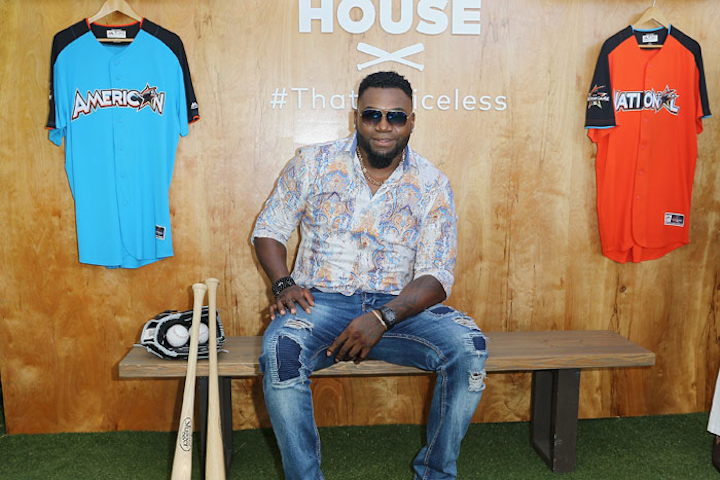 David Ortiz, who retired after a long career with the Boston Red Sox, hosted the barbecue that took place in the Masterpass House.

Stand Up to Cancer benefit 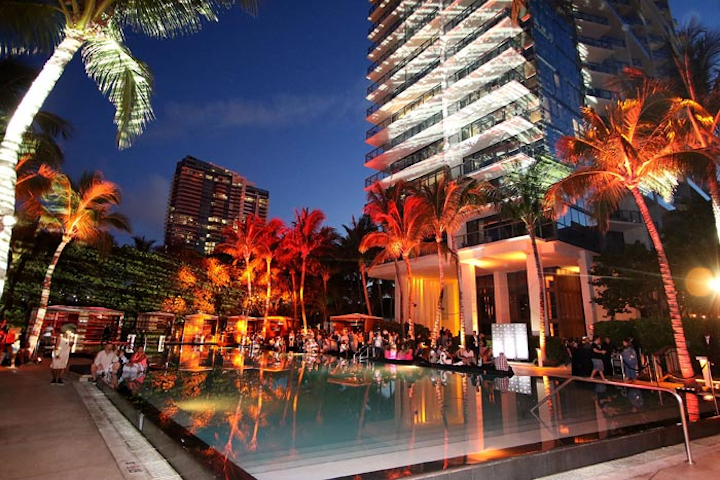 The set-up for the Stand Up To Cancer benefit included brightly lit palm trees around the pool at the W South Beach.

Stand Up to Cancer 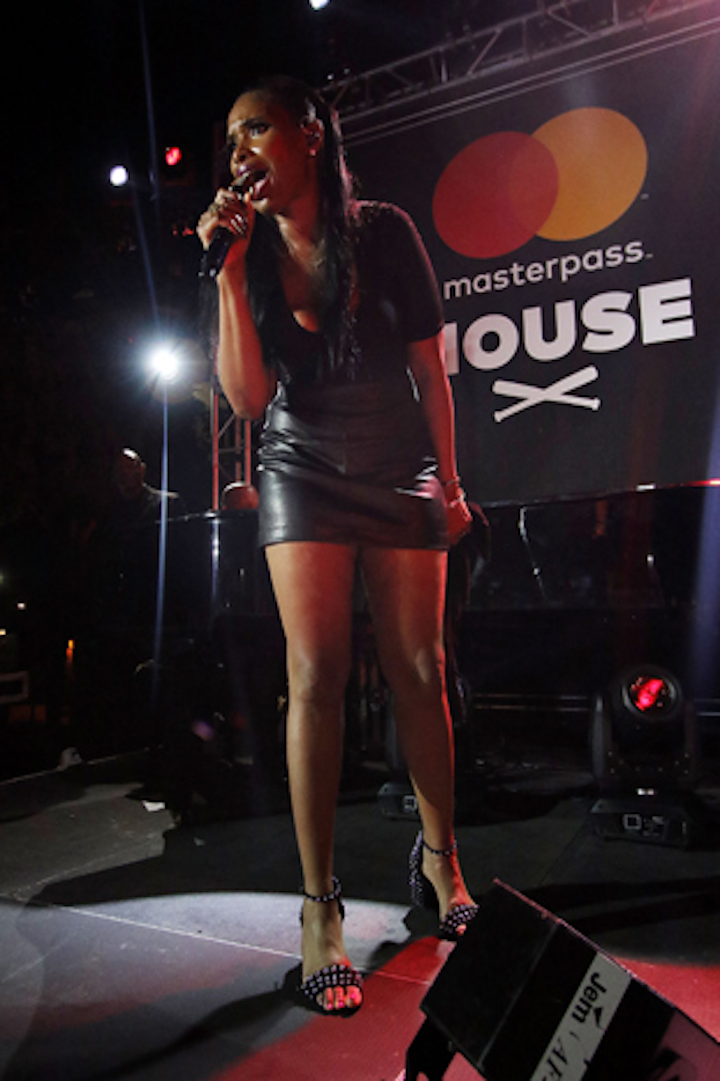 Jennifer Hudson rocked the Masterpass House during the benefit, which is part of an overall campaign to raise $44 million. 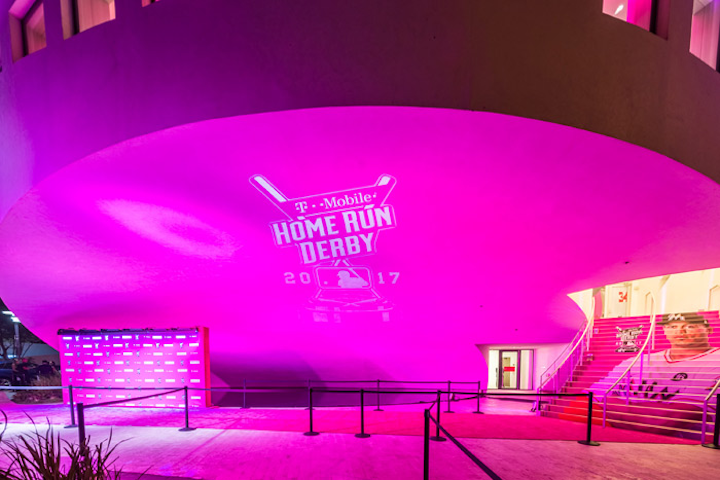 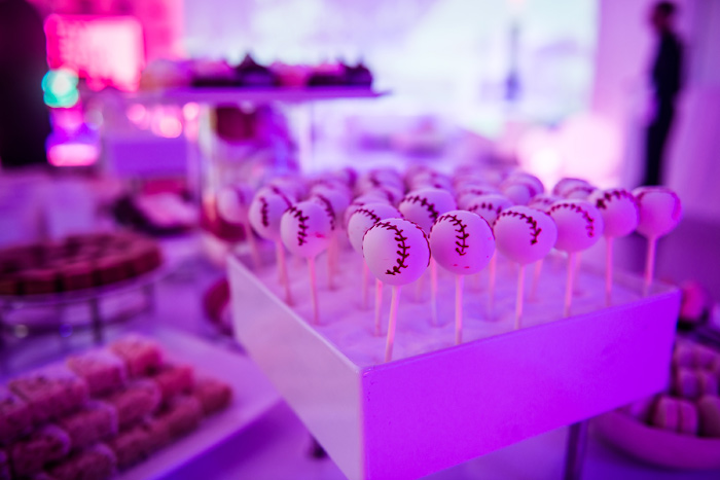 Faena Forum, the venue and caterer of the event, decked out the desert station with cake lollipops decorated to look like baseballs. 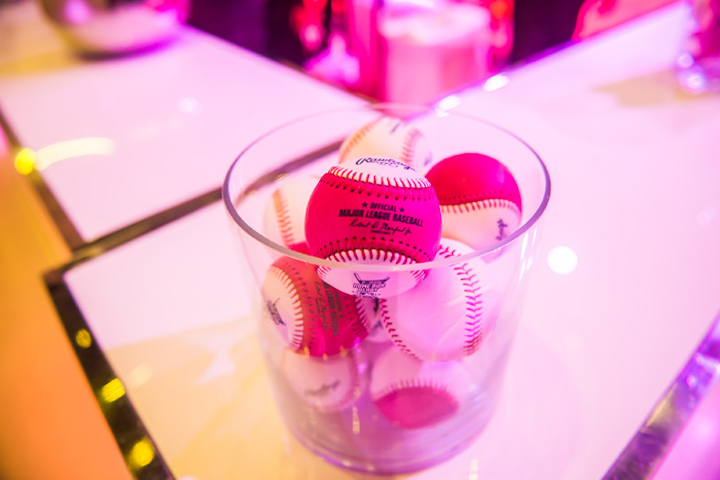 Rawlings baseballs in magenta and white served as decorative touches throughout the event.