The Brooklyn Academy of Music kicked off its brief run of the Sydney Theatre Company's production of A Streetcar Named Desire on Thursday with a gala dinner for 450 and a dessert reception on the stage of its own Howard Gilman Opera House.

Dubbed "the Belle Rêve" (French for "beautiful dream"), the night took its name from the fictional plantation lost by the play's fallen Southern belle, Blanch DuBois. And like talk of actress Cate Blanchett, who plays the role through December 20, nods to Blanche could be found most everywhere at the celebration.

So although the drama is anchored in realism, Meyer designed the dinner around a fantasy. She brought in potted plants, ivy, and moss to recreate the lush New Orleans gardens imagined outside the windows of the bare apartment set and covered tables with satin cloths, pink flowers, and mirrored trays. She briefly considered breaking the mirrors for dramatic effect but decided not to tempt fate.

The meal itself, from in-house caterers Great Performances, drew equal inspiration from the play's locale, begining with a warm cassoulet of butter beans and shrimp, followed by a main course of smothered chicken with jalapeno grit cake, butter-braised cabbage, and blackberry gastrique.

Buzz around the sold-out production and the addition of A-list attendees like Anne Hathaway and Blanchett herself had the BAM team ready to accommodate a larger than usual crowd for the 11 p.m. dessert reception. The 600 guests—who had just seen the play at neighboring Harvey Theater—filed down the aisle of Howard Gilman and onto the stage, where the dining tables had been cleared for intimate seating areas of white rattan furniture.

Southern confections such as bourbon bread pudding, miniature sweet potato pie, and peanut butter sandies filled two large serving tables, and the bar served up a choice of wines or the night's signature Sazerac cocktail. Bartenders gave each glass a customary rinse with an anise-flavored liqueur before filling them with rye whiskey, which guests used to toast Blanchett and director Liv Ullmann when they spoke to the crowd shortly after midnight. 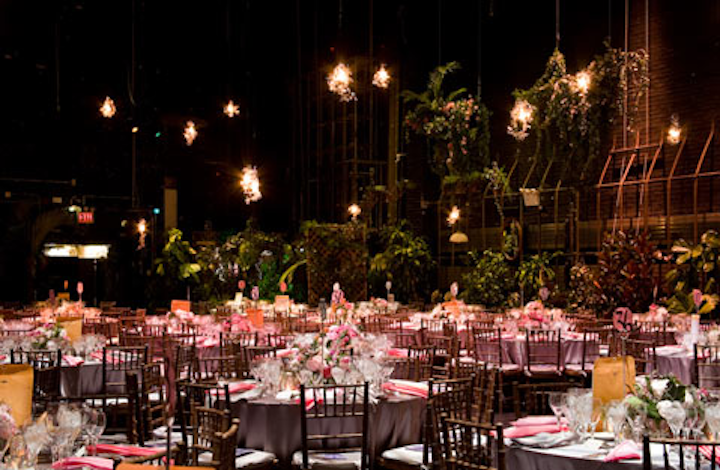 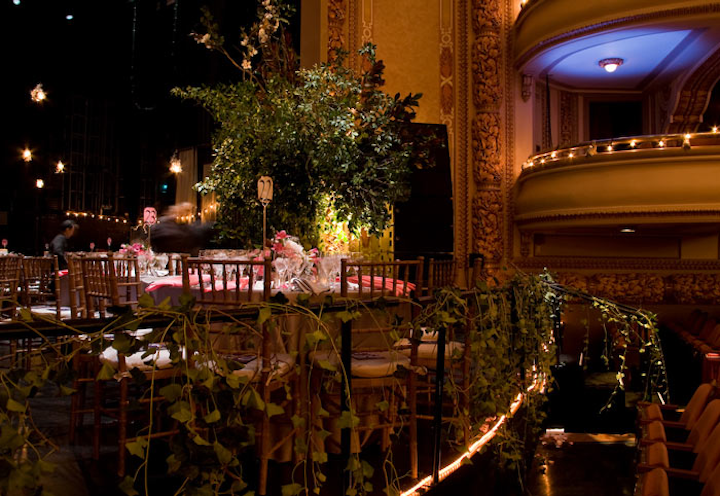 Ivy wrapped around the stage's railing was meant to evoke the overgrown gardens and wrought iron gates of New Orleans.
Photo: Emily Gilbert for BizBash 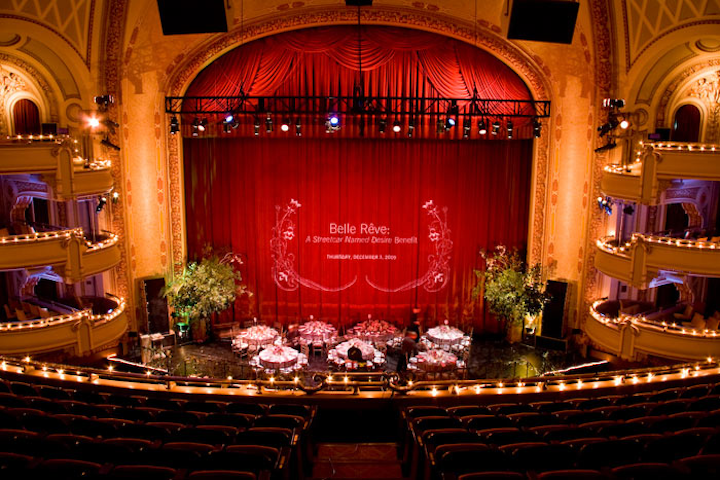 Guests arrived to see half of the dinner area on the stage concealed by a curtain covered in a projection of the benefit's name.
Photo: Emily Gilbert for BizBash 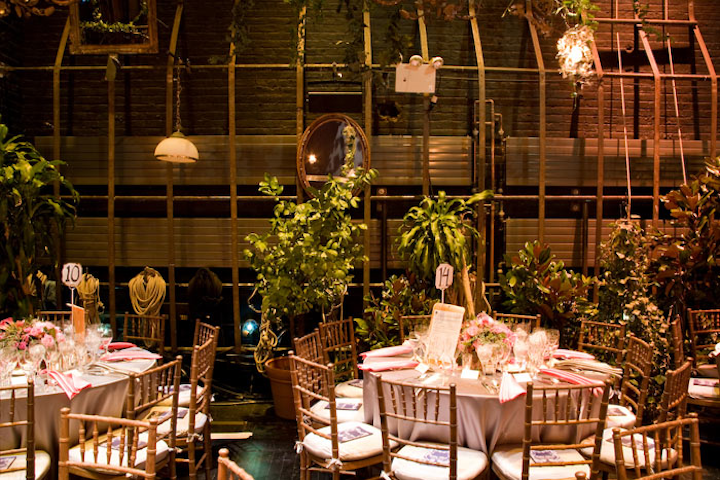 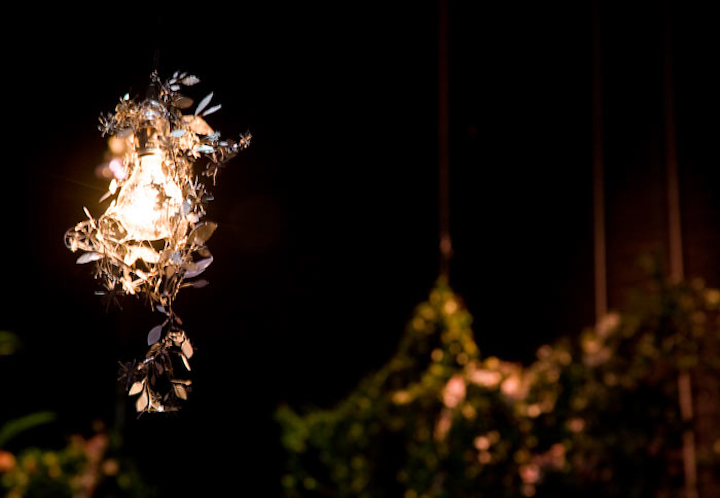 An ode to a Chinese lantern in the play's set, metallic lace covered bare bulbs.
Photo: Emily Gilbert for BizBash 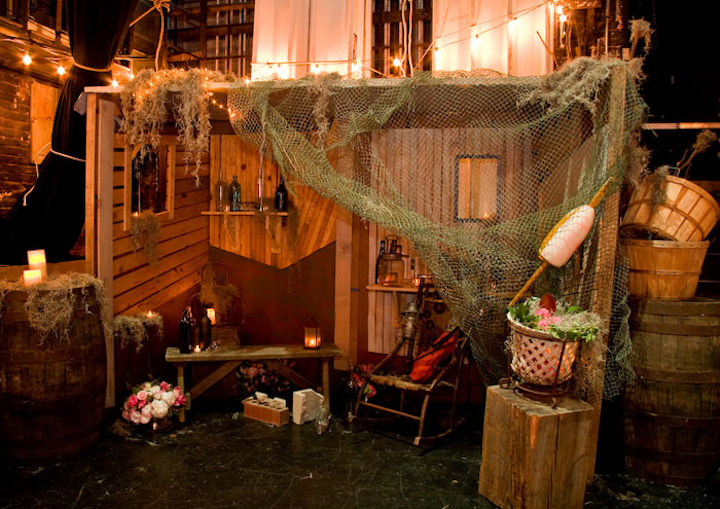 At one side of the stage, an old shack filled with empty booze bottles aimed to balance the illusion of the lush greenery with the realism of the play's dark story.
Photo: Emily Gilbert for BizBash 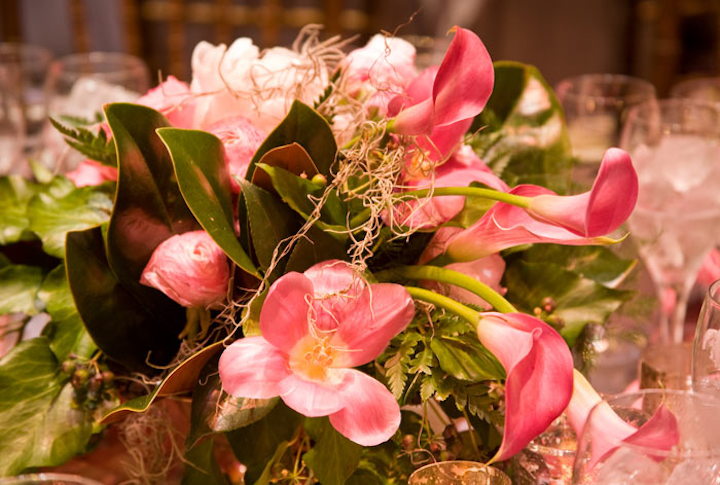 Meyer sourced the many flowers used in the decor from her studio on East 11th Street.
Photo: Emily Gilbert for BizBash 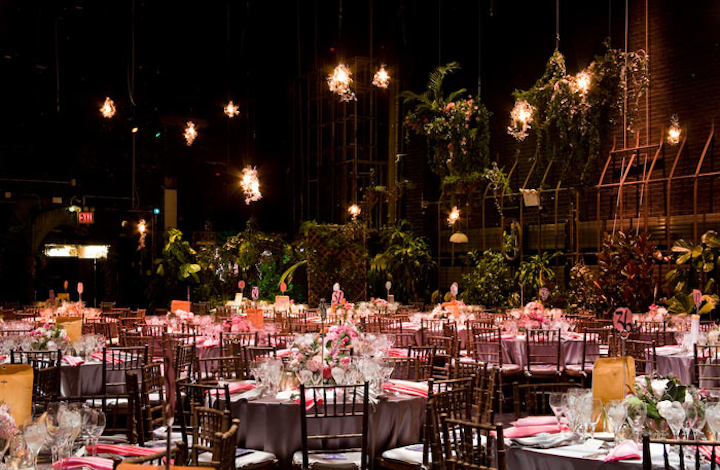 Planners brought in additional foliage to enhance the existing peripheral decor once the dining tables were cleared for the more heavily populated dessert reception.
Photo: Emily Gilbert for BizBash 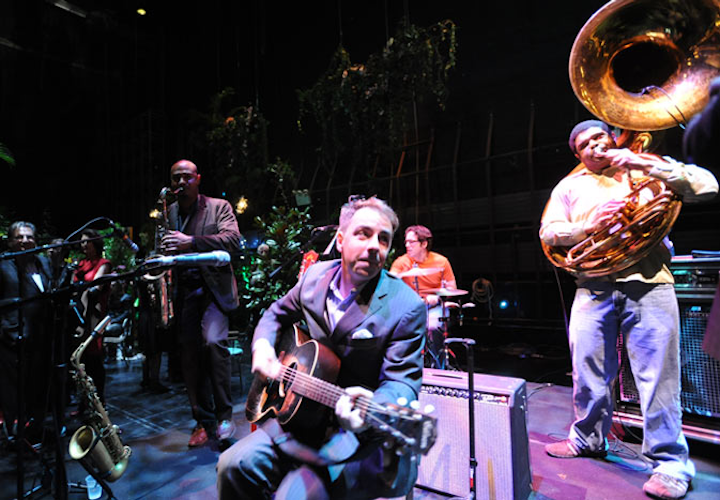 Howard Fishman and the Biting Fish Brass Band performed at the start of the after-party, before actress Cate Blanchett and director Liv Ullmann took the stage for comments on the production.
Photo: Elena Olivo 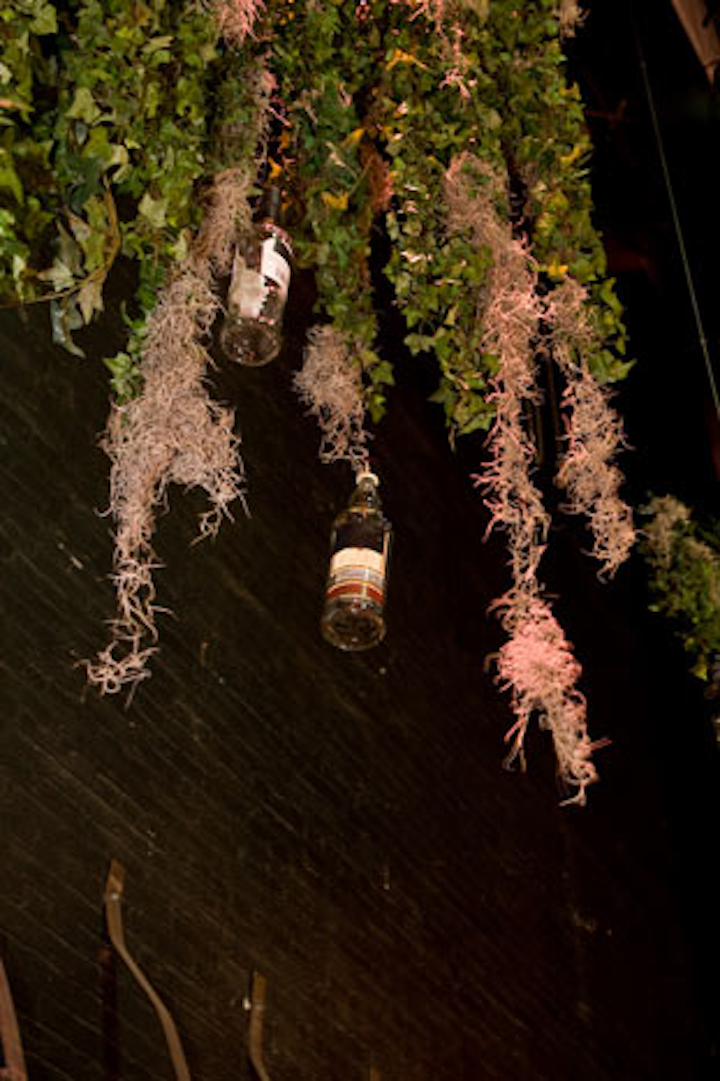 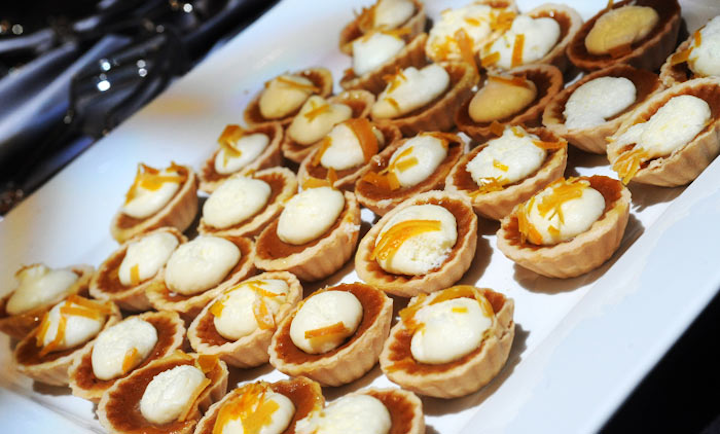