There are standards, and then there are Parisian standards. When producing last Thursday's opening party for Hermès's Midwestern flagship store—a 6,000-square-foot space in the former Barneys building—planners had to adhere to the latter set of expectations. "The concepts for all of our events are conceived in Paris, from the Hermès events team there," said Bernice Kwok-Gabel, the New York-based U.S. director of public relations for the French luxury brand.

Founded by a couple of brothers, Hermès began in 1837 as a purveyor of saddles and harnesses. "Everything that we do as a company reflects our equestrian history and the fact that we're hands-on craftsmen" said Kwok-Gabel. Indeed, Thursday night's event was infused with strict attention to detail, starting with the costumes for the horse-head-wearing stilt-walkers who flanked the store's entrance. The performers wore Hermès suits flown in from New York and custom fitted by on-site seamstresses.

Steven Valenti, owner of All Things Party, provided on-the-ground assistance for the New York and Parisian teams. "The creative concept absolutely came out of Paris," he confirmed. "My job was to implement their vision. So, for me, it came down to questions like, how do you get straw bales delivered to the corner of Rush and Oak Streets on a Thursday?"

Turns out, the job involved getting permits from the city to erect no-parking signs outside the store early Thursday morning. A local farmer delivered the bales on a flatbed truck at 6 a.m. A team of 14 assistants then unloaded the props, covered their bands in Hermès ribbons, and doused them with a flame-retardant spray before arranging them on the curb. "At the end of the night, we had to do the whole process in reverse," Valenti added.

Valenti also had to overcome logistical hurdles to respect the venue's aesthetic quality. "The store has exact, clean lines and a beautiful central staircase as its focal point," he said. Because Redmoon performers were scheduled to present a brief customized opera for guests, "you need sound," Valenti said. "So in the back of my mind, I was thinking 'How on earth do I make speakers look good?' I didn't want to run cables or do anything that would muddle up that staircase." Ultimately, Valenti and Sound Investment employed a wireless speaker system.

To further avoid congestion on the store's focal point, staffers stuck to one level. "There were upwards of 100 catering staffers," Valenti said, "and we treated the event as if it were two different parties: one on the first floor and one on the second floor. We didn't want to have waiters going up and down that beautiful staircase."

The opening drew around 700 guests and "couldn't have been more graciously received," Kwok-Gabel said. "Usually, when it's a fashion event, people always have something to say. But this time, we've received nothing but thank-you notes. I'm sorry, but I find that very unprecedented." 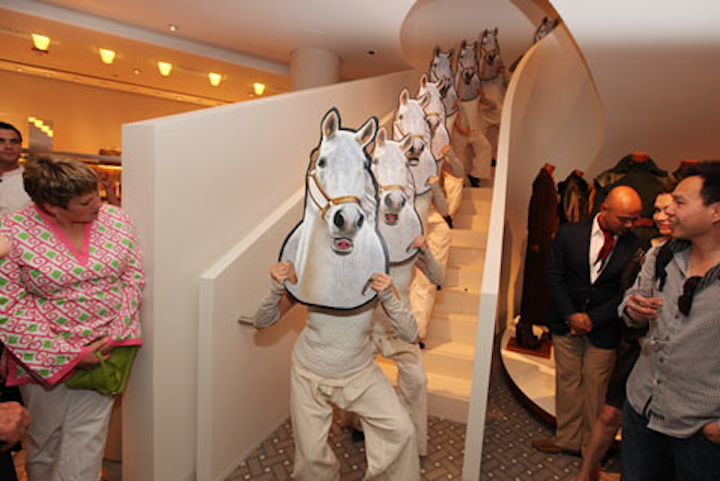 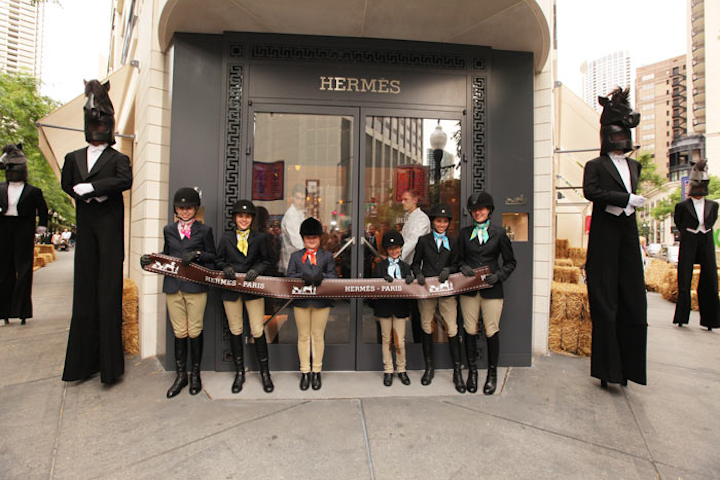 Young equestrians assisted with the ribbon-cutting ceremony that kicked off the event, and then stuck around for dessert. "They enjoyed the pastries and partied with us for quite some time," said Hermès PR director Bernice Kwok-Gabel. "It was adorable."
Photo: Barry Brecheisen 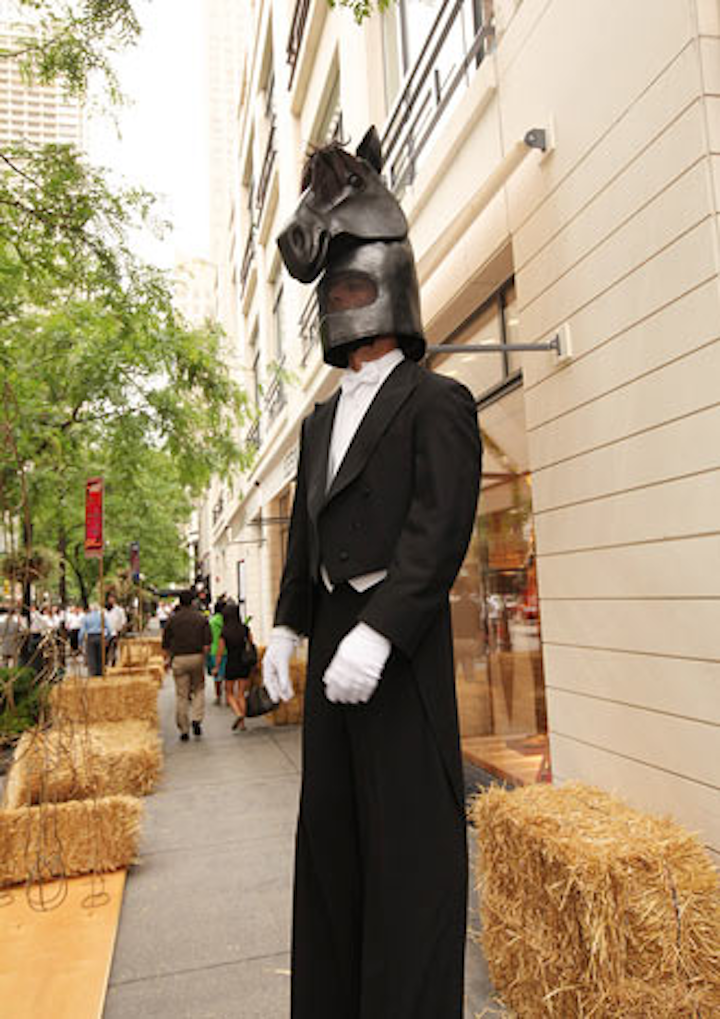 Outside the store, Redmoon performers dressed as stilt-walking horses in custom Hermès suits flown in from New York and fitted on site.
Photo: Barry Brecheisen 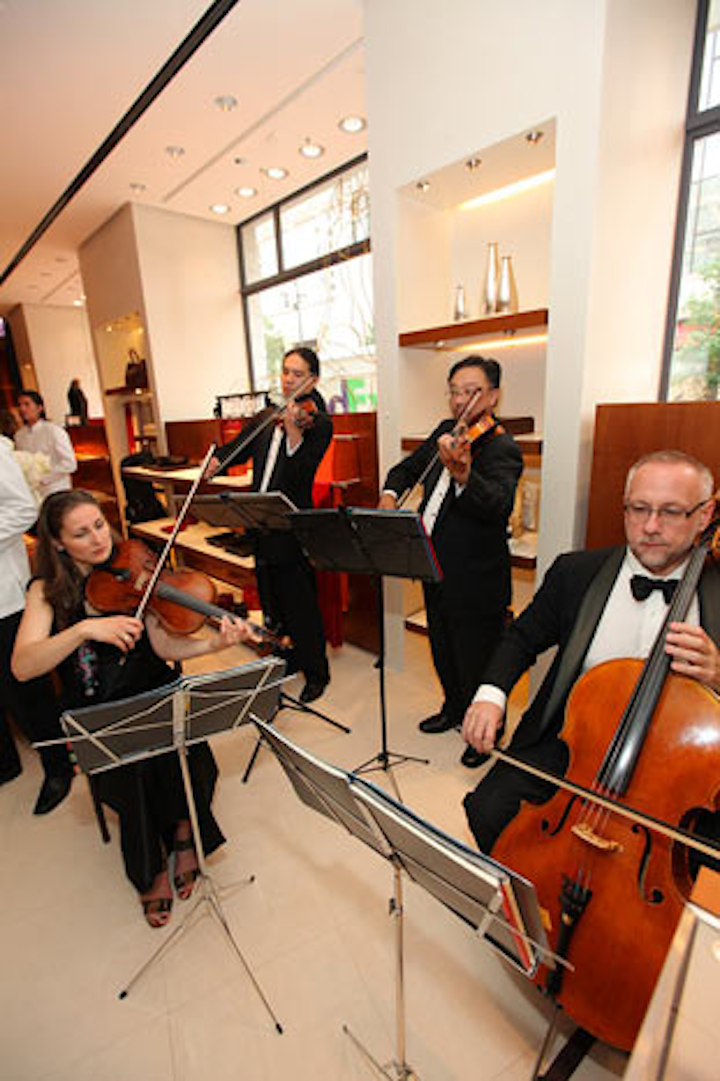 Steven Valenti of All Things Party hired professional musicians—some from the Chicago Symphony Orchestra— to play as a string quartet.
Photo: Barry Brecheisen 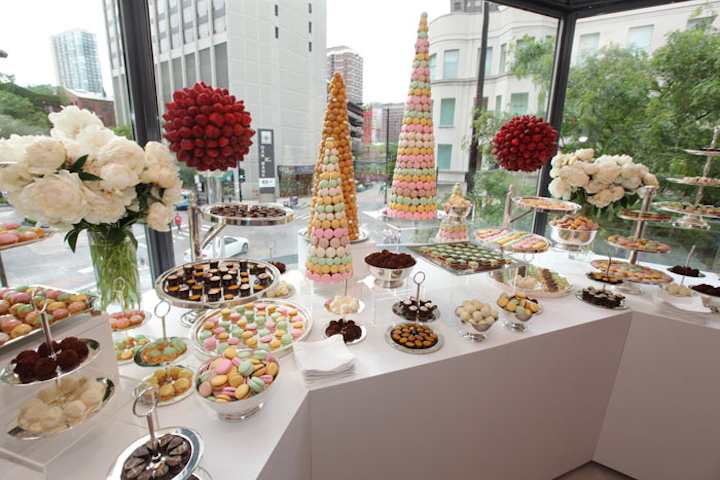 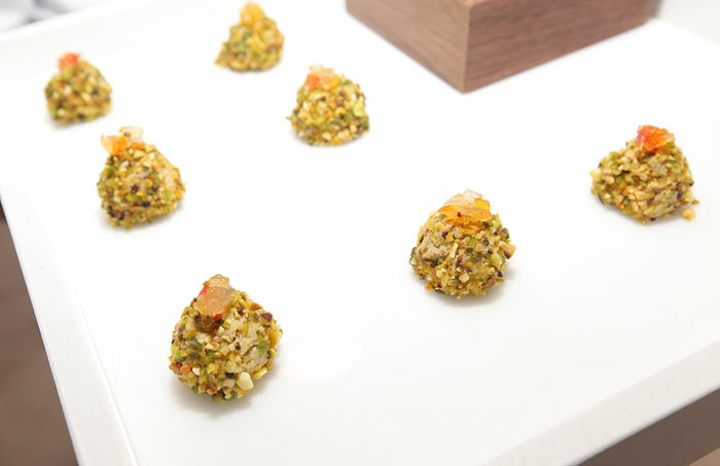 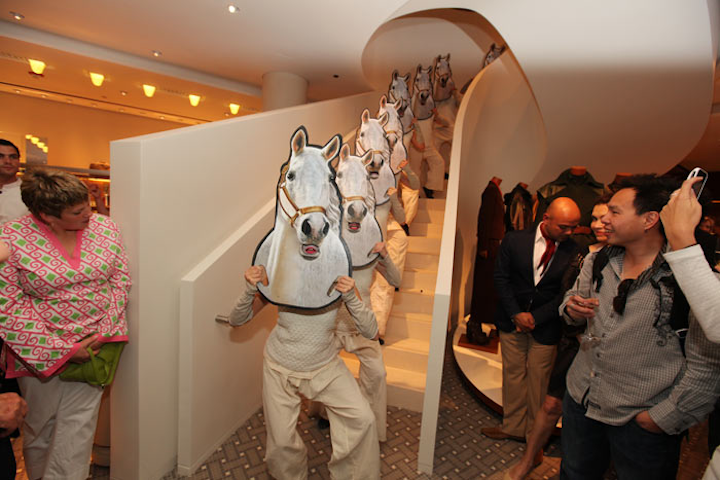 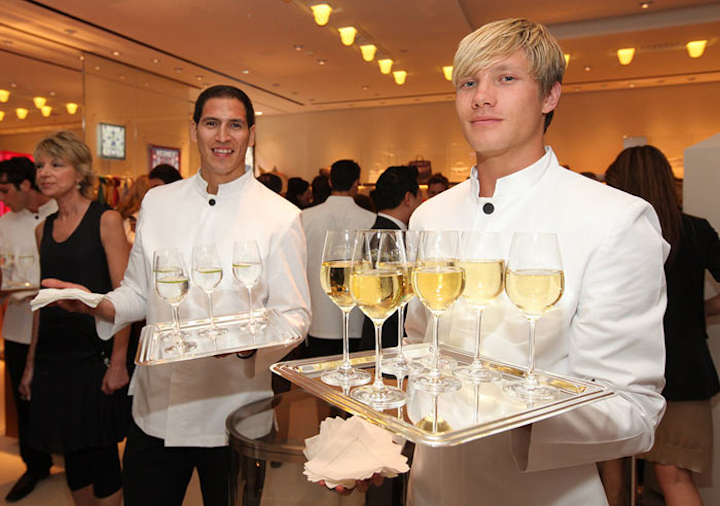 To protect the merchandise, servers circulated with colorless beverages such as white wine and sparkling water.
Photo: Barry Brecheisen 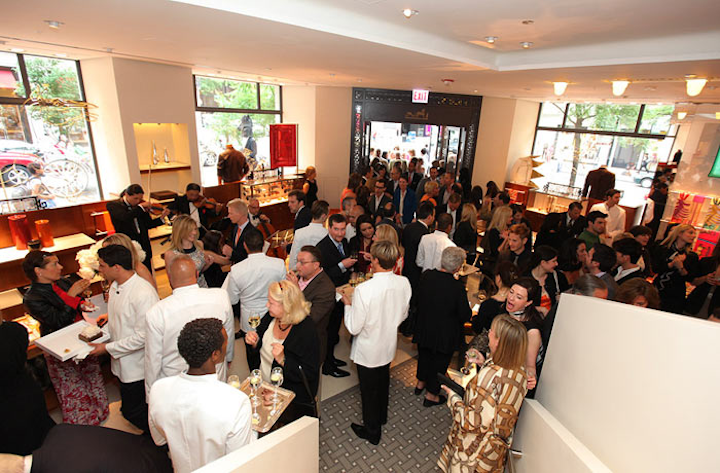 More than 700 guests, who included top clients and members of the media, attended the opening.
Photo: Barry Brecheisen
More in Chicago