After a peek at the world’s first dedicated Hermès men’s store on Madison Avenue on Tuesday night, the venerable French luxury goods house treated guests such as Katie Holmes, Martha Stewart, and John Slattery to an after-party at the Park Avenue Armory.

“The Hermès man loves to travel and explore new things,” Anthony said. “It was a global celebration for us, and we just really wanted to offer our guests this unique lifestyle experience.”

“It was a complex event to produce because we had to create the four independent environments,” said KCD vice president of creative services Keith Baptista. Roughly 25 percent of the furnishings were custom made. “Each room had to have very specific appeal for the audience with different soundtracks that could not interfere with the adjacent room.”

There were also technical obstacles. The Armory has limited rigging capability during winter due to the roof’s snow load, so everything had to be anchored to the floor. KCD built independent truss structures for each room to support the scene, lighting, and audio elements. The six-day construction—more than a year in the planning—needed to be dismantled and removed in just 12 hours to accommodate a show the following afternoon.

But on Tuesday, each of the makeshift rooms—at least 3,000 square feet in size—hosted its own distinctive decor, activities, performances, and menu from caterer Olivier Cheng. The wood-paneled library was stocked with 8,000 hand-dyed books, the game room housed vintage pinball machines and pool tables, and the travel room was designed to mimic a shipping pier with various stations of global fare.

“We focused on a masculine element of food as it was meant to evoke the feeling of the Hermès man,” said Cheng, whose team prepped the food over a week’s time. “We were definitely thinking food more masculine in feel…no salady things.”

As for the jazz club, the focus of the room was a stage, where pianist Barry Harris, French group Venus Gets Even, and local band Locksley entertained with several sets throughout the night—before the remaining guests moved to the venue’s atrium, where DJ Coleman lured stragglers onto the dance floor. 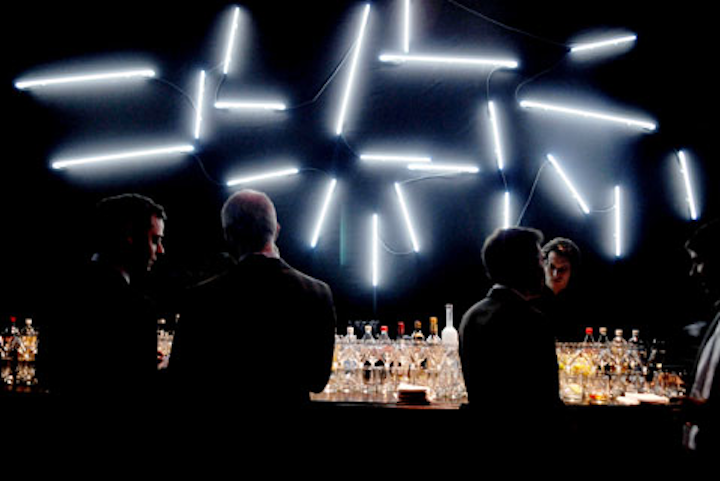 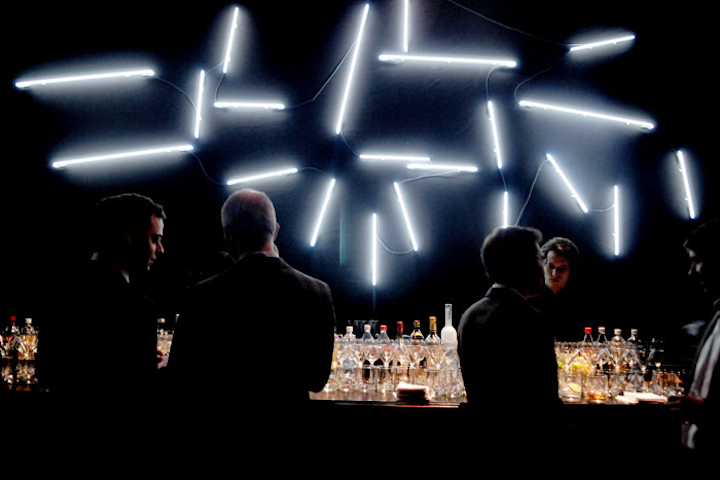 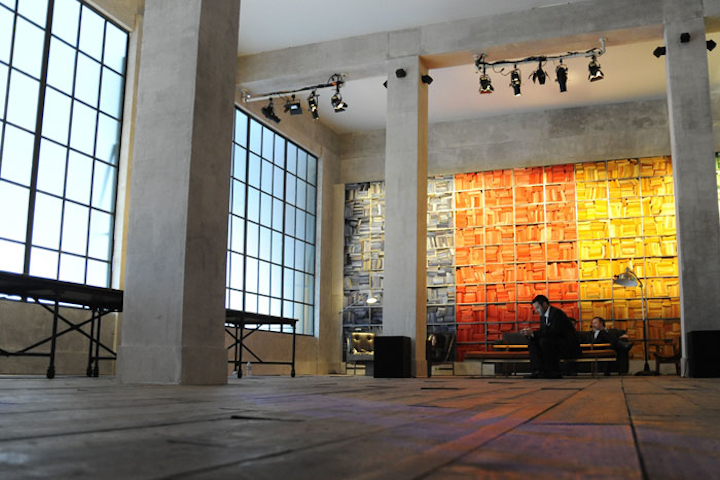 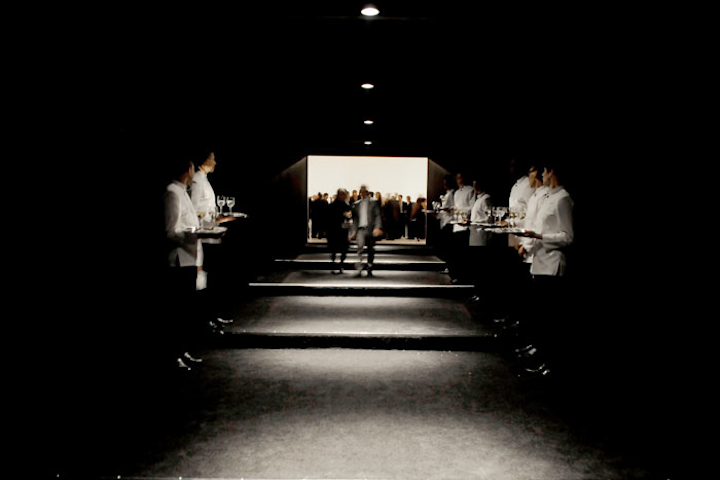 Guests passed through a tunnel, flanked on either side by servers bearing trays of champagne.
Photo: Clint Spaulding/PatrickMcMullan.com 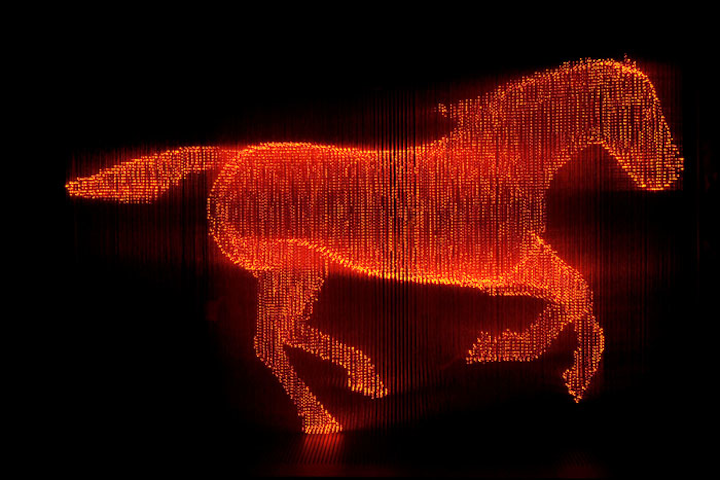 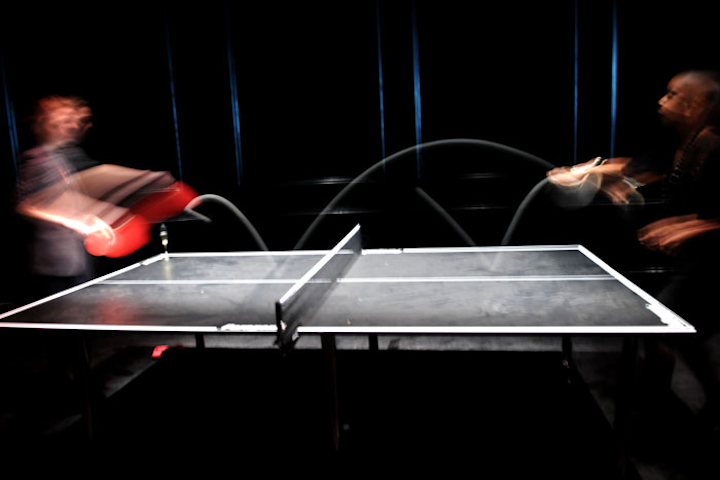 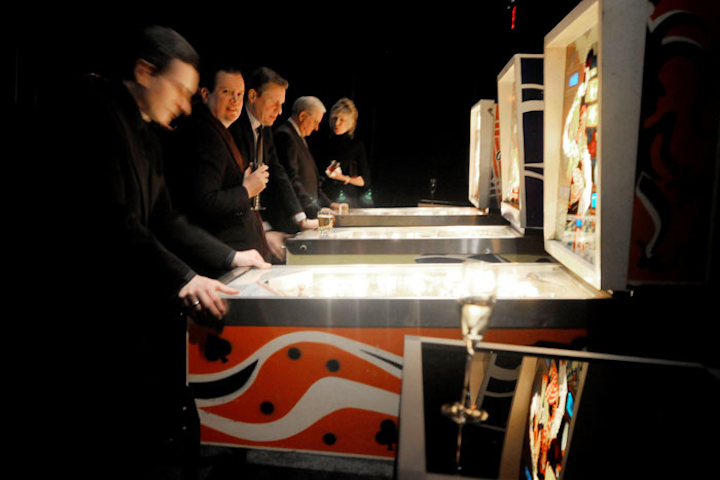 With all of its distractions, the game room drew many of the 1,000 guests.
Photo: Clint Spaulding/PatrickMcMullan.com 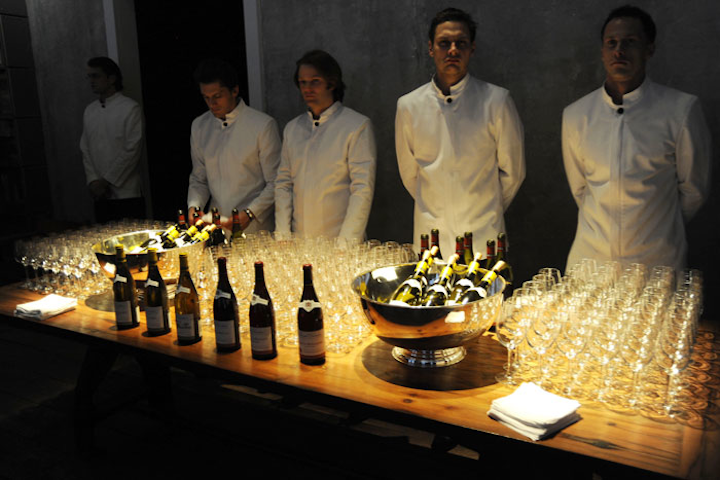 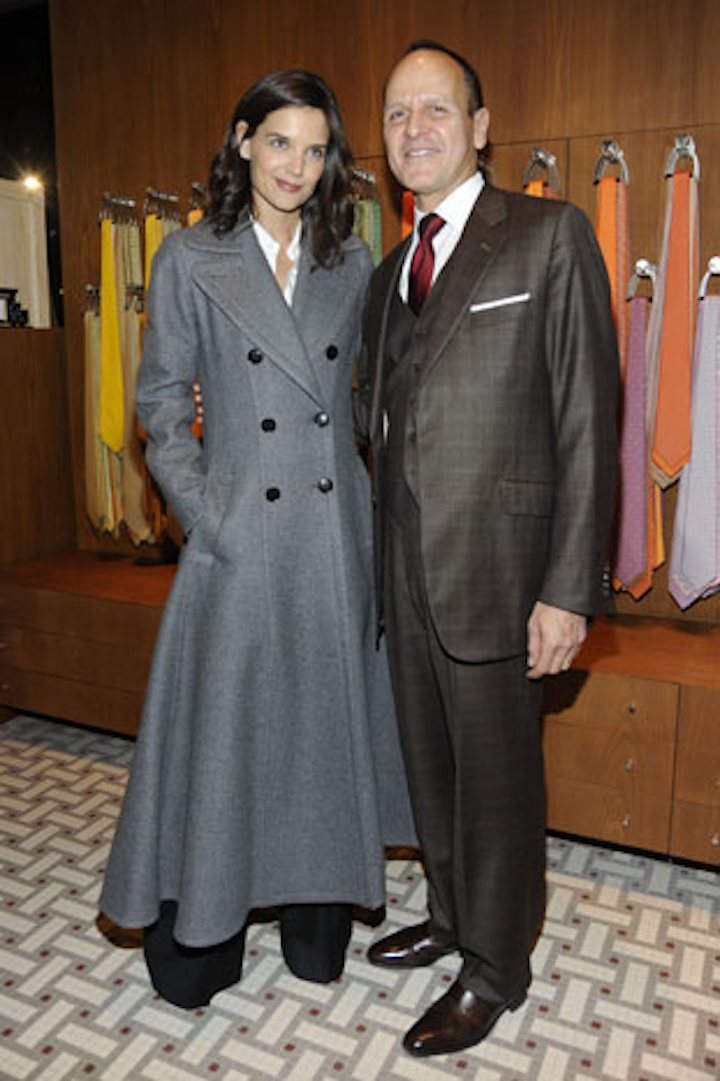 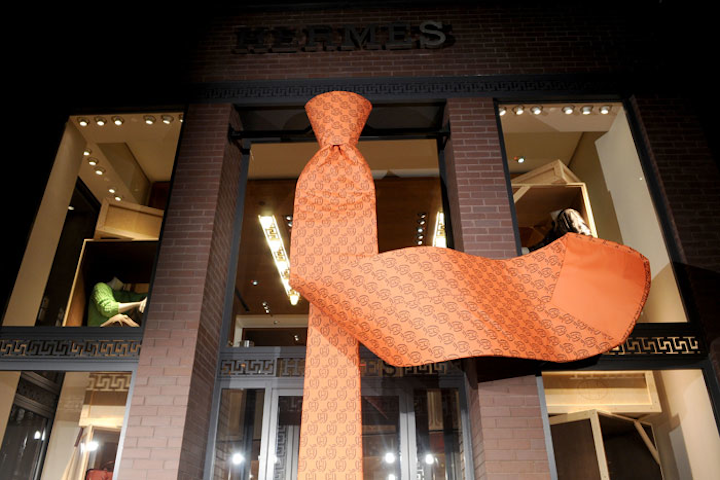 Greeters at the new store, which was covered in a giant orange tie, were clad in black topcoats with Hermès orange scarves.
Photo: Clint Spaulding/PatrickMcMullan.com 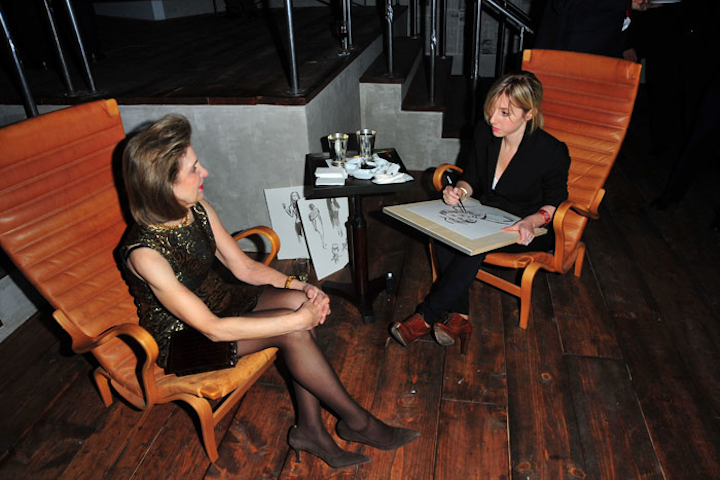 Roughly 25 percent of the furnishings for the event were custom made.
Photo: ChanceYeh/PatrickMcMullan.com
More in Event Production & Fabrication