On Tuesday, the Design Center of the Americas campus in Dania Beach unveiled DesignHouse, and its ongoing designer showcase titled "Film & Design: the Golden Age of Hollywood." The Tinseltown-themed V.I.P. preview gala garnered some 600 attendees, made up of members of the press, designers, architects, art collectors, and design enthusiasts. Tickets to the event were $100, with all of the proceeds benefiting the Wolfsonian FIU, the Museum of Art Fort Lauderdale, and the Palm Beach County Cultural Council.

In a 10,000-square-foot showroom turned model house on the venue’s third floor, DesignHouse features 18 room installations inspired by classic cinema from the 1920s to the 1960s, designed by different interior design firms. According to the center’s director of marketing Ashlee Harrison, who handled production for both the preview gala and the ongoing exhibition, “South Florida has an amazing breadth of design talent, so we wanted to make sure we represented all communities that [the center] services—Miami, Fort Lauderdale, Palm Beach, Naples, and beyond," she said. "We also wanted to feature established firms and introduce emerging talent, those we perceive to be driving forces in the industry.”

Aiming to connect the creative disciplines of film and interior design, each firm used resources from the approximately 100 showrooms inside the 800,000-square-foot design center—things like textured wall coverings, original art, custom furniture and vintage artifacts—to create their respective environments reminiscent of a different era.

Launching simultaneously on Tuesday was the separate "Greg Gorman: A Distinct Vision 1970-2010" exhibition, in a 6,875-square-foot gallery on the design center’s ground floor. “We had to plan and execute two major exhibitions simultaneously, but there is synergy in the themes—celebrity, Hollywood, film stars, and glamour—so they play off of each other well,” said Harrison.

Gorman was present at the private preview gala, as were all of the room installation designers, to speak about their work. Their presence was one of the factors that made the event a success, said Harrison. That, and “having a nice control of the flow,” she said. “Each guest was issued [what looked like] a theater ticket with a [45-minute] viewing time. This helped to keep the flow consistent and the experience comfortable, so there was not a crowded rush in the house. Guests would enjoy the reception and the Greg Gorman retrospective while they waited for their view time.”

Sponsors of the preview gala included Jaguar, Grey Goose, Bacardi, and tech company Ikatu, which set up interactive touch-screen monitors next to each room installation featuring detailed information about each space—including footage from the film that served as inspiration, a designer statement, and a detailed resource list (most of the products used in each room are available for purchase).

DesignHouse will run through July 15. The Greg Gorman retrospective will run until March 18. Regular tickets are $15, with the proceeds benefiting the three cultural institutions behind the event. 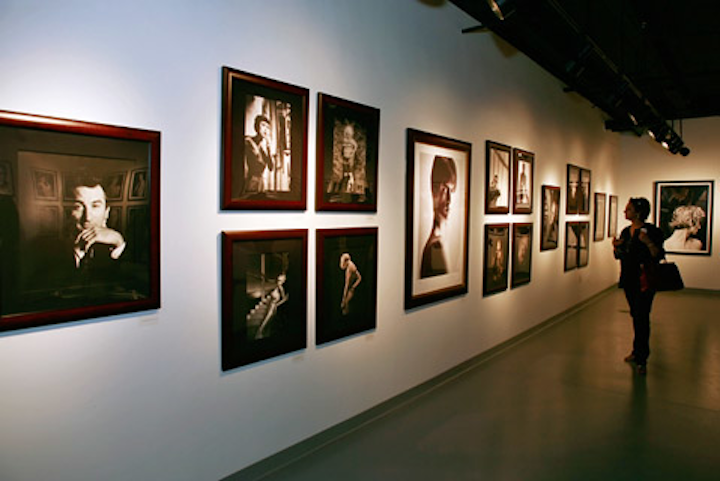 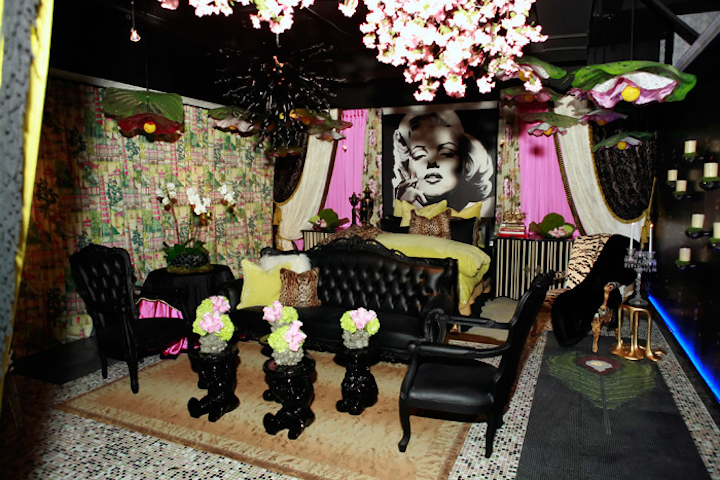 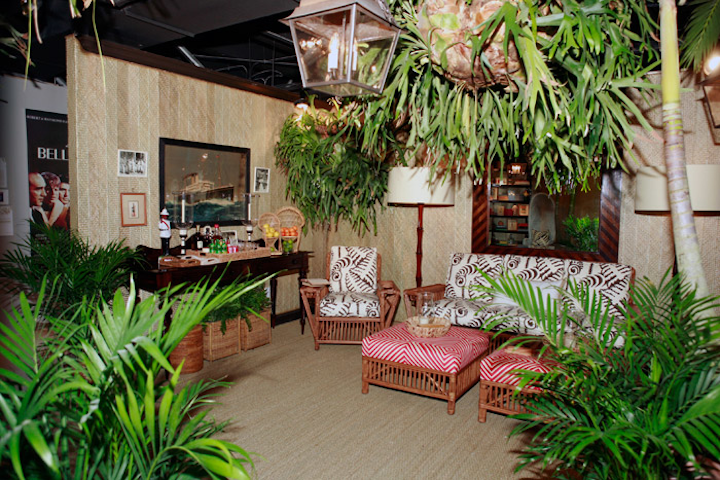 Designer Amanda Lindroth of Bahamas-based firm Lindroth Design was inspired by "Hemingway in Cuba" for her version of the courtyard, modeled after the film Island in the Sun. During the private preview gala, a waiter served guests a rum-infused cocktail.
Photo: Juerg Schreiter for BizBash 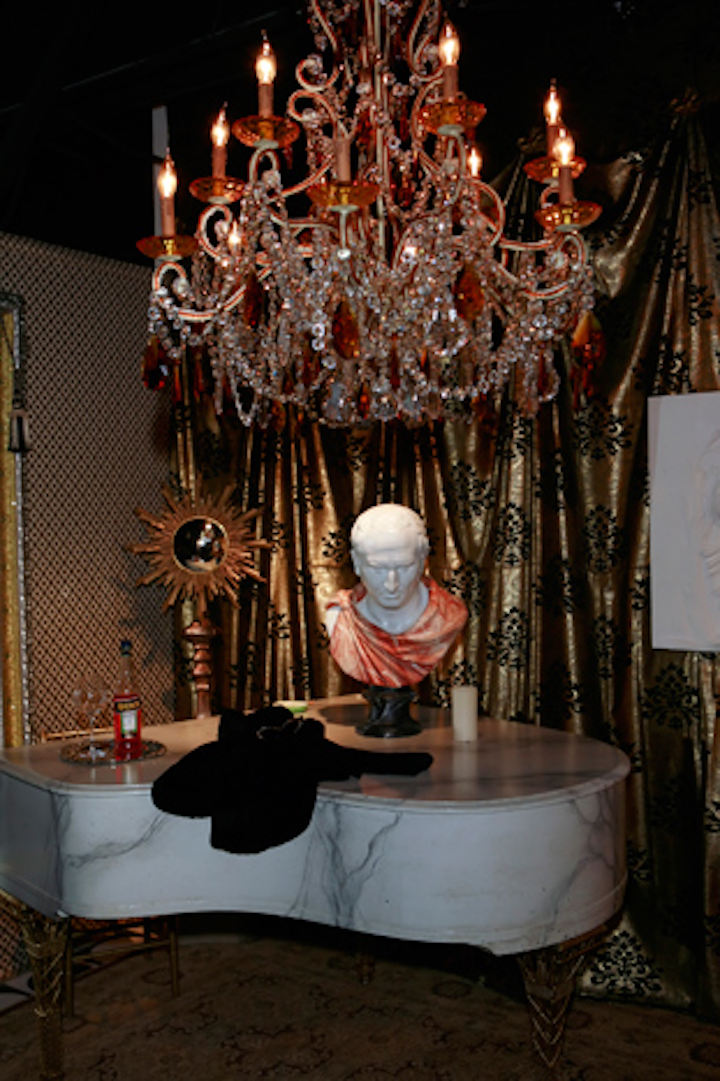 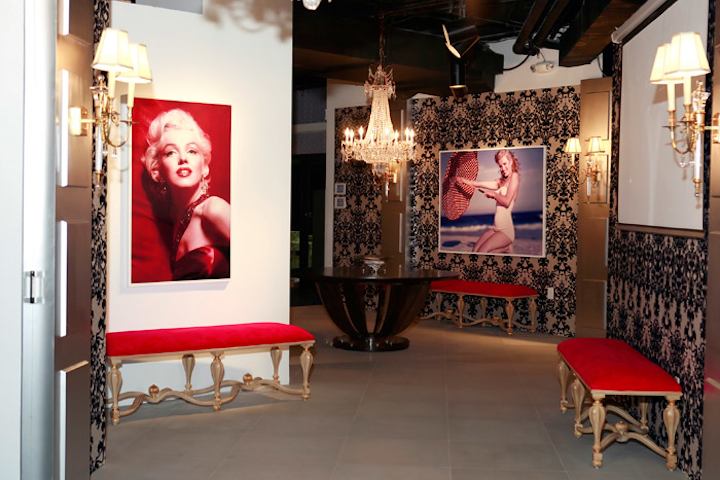 Edward Nieto of Nieto Design picked the Marilyn Monroe-starring Gentlemen Prefer Blondes as his point of reference for the grand entrance and the foyer.
Photo: Juerg Schreiter for BizBash 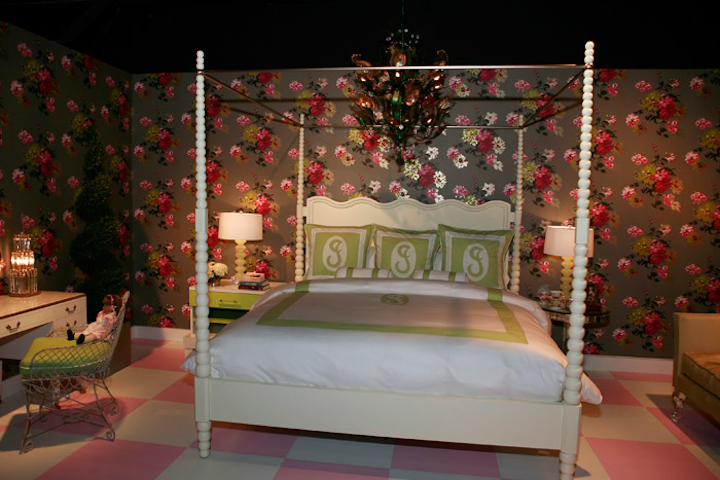 The children's room, designed by Josh Wollowick of Josh Wollowick Designs, looked to Mary Poppins for ideas. He said he was inspired by the "whimsical and colorful park scenes" in the movie.
Photo: Juerg Schreiter for BizBash 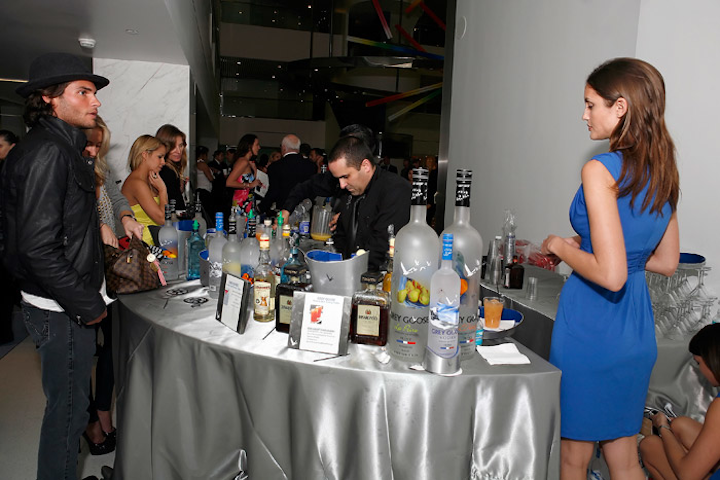 Grey Goose, along with Bacardi, provided the cocktails for the evening.
Photo: Juerg Schreiter for BizBash 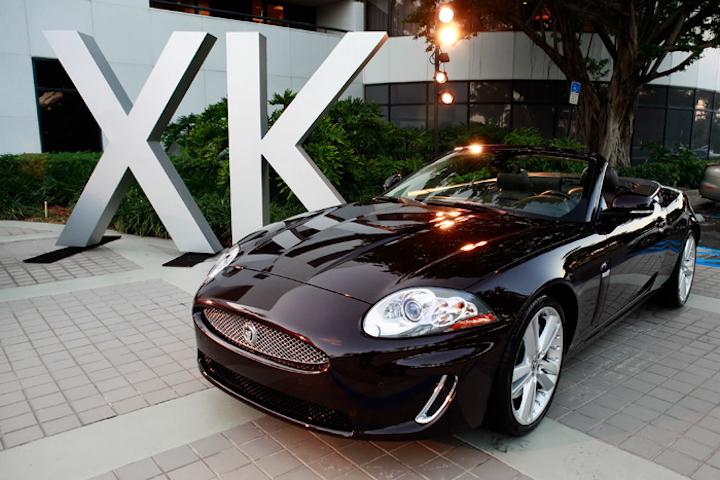 Jaguar, another sponsor, had a presence at the entrance to the design center.
Photo: Juerg Schreiter for BizBash 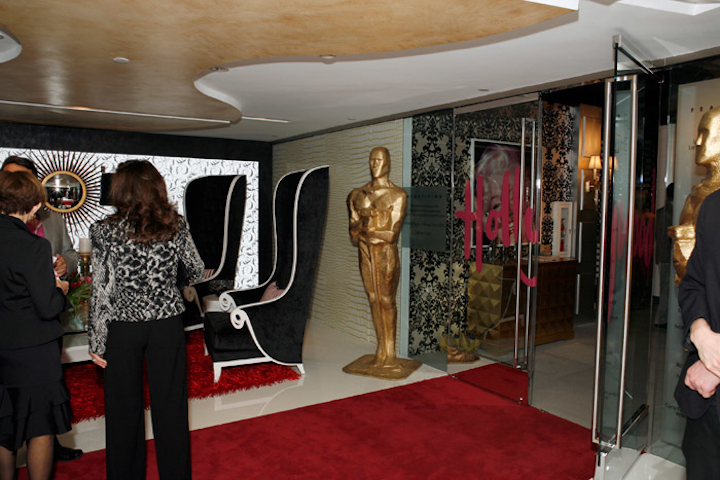 The reception lobby was designed by Alex Matamoros of DCOTA Design Services. "The lobby is the first area everyone sees, so I selected a theme that would represent all of the movies represented at DesignHouse," he says. "My inspiration was the extravaganza of the Oscars."
Photo: Juerg Schreiter for BizBash 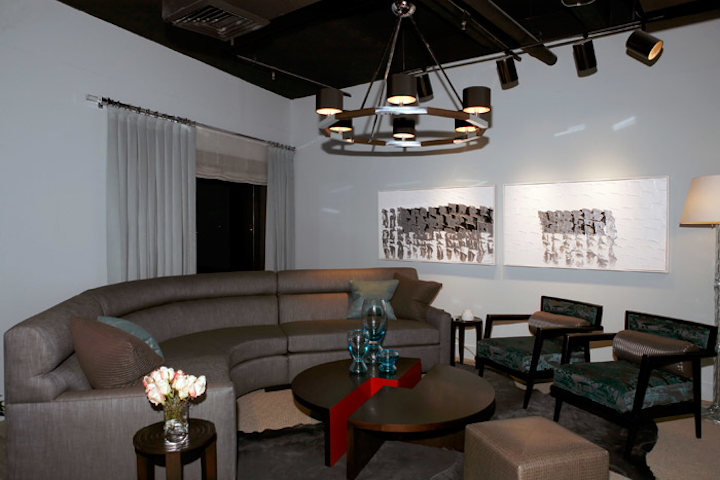 Matthew MacDonald of MacDonald Design Associates created the family room. "This family room has been designed to have an ease for entertaining while maintaining a comfort for living," says MacDonald, who picked Auntie Mame as his film.
Photo: Juerg Schreiter for BizBash 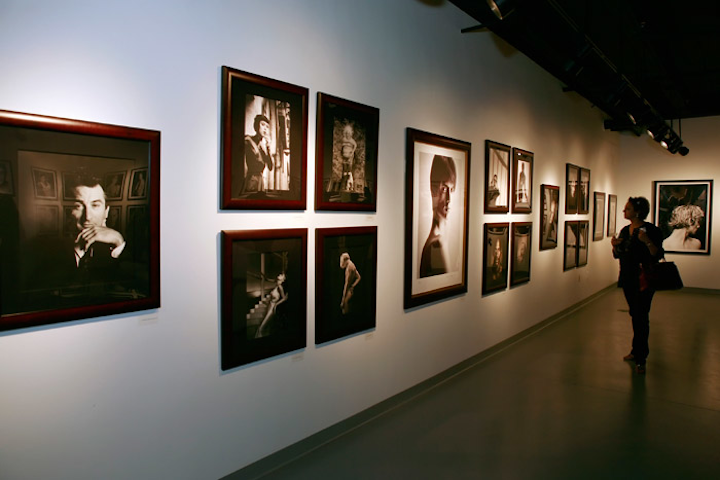 One area of Greg Gorman's retrospective features celebrity portraits of Leonardo DiCaprio, Johnny Depp, Tom Cruise, Mark Wahlberg, and Sophia Loren, among others, from his most recent book, In Their Youth.
Photo: Juerg Schreiter for BizBash
More in Miami / South Florida