World Wrestling Entertainment's biggest event of the year, WrestleMania XXVIII, came to Miami's Sun Life Stadium April 1, bringing in an audience of 78,000, the largest crowd ever recorded at that venue. But for WWE, the show was only one element of an entire week of events promoting their brand and building ties with fans and the community. Held in South Florida for the first time, after Miami won a national bidding process than included 14 different cities, WrestleMania Week also brought a significant boost to the local economy. (An impact study of WrestleMania XXVII in Atlanta estimated it brought $62 million of new spending to the region.)

"The WrestleMania Week model is something that we have been evolving over the past several years," said John Saboor, WWE's senior vice president of special events. "We work with our host partners to build a full week of events that will attract our fans to come early and stay later. Miami in particular is such an attractive destination to both domestic and international fans. So many of our fans made this their annual family vacation, and this year we had the highest level of travel packages sold yet."

"For the past four years, we held an event called WrestleMania Art, where WWE superstars and Divas went out of their comfort zones and created works of art that were auctioned off," said Saboor. "Building off that success, we wanted to do something this year that also integrated things that are endemic of Miami, namely local artists, fashion, and celebrity."

WWE accomplished that by transforming WrestleMania Art into a full-fledged charity gala and party for 300 guests, held at the Star Island home of Stuart Miller, C.E.O. of Lennar Corporation and board member of Alex's Place at Sylvester Comprehensive Cancer Center/UMHC, a pediatric hematology-oncology clinic that was supported by ticket sales and other money raised at the event.

The night began with a celebrity red carpet, followed by a silent auction where artwork created by both superstars and local artists was up for bidding. WWE's Jerry Lawler also created a work of art in real time.

The majority of the evening was held out on the back deck, where the Miami skyline served as a dramatic backdrop. For added Miami flavor, Ferretti Yachts brought in a 92-footer that guests could board and walk through.

Timbaland served as celebrity DJ and host, while a fashion showcase hosted by designer Charlie Lapson featured WWE Divas and Miami Dolphins cheerleaders modeling clothes and accessories, which were then auctioned off to raise more funds. Adding a unique visual element, the property's swimming pool was covered in plexiglass, allowing it to serve as both a fashion runway and then as a dance floor during the party. 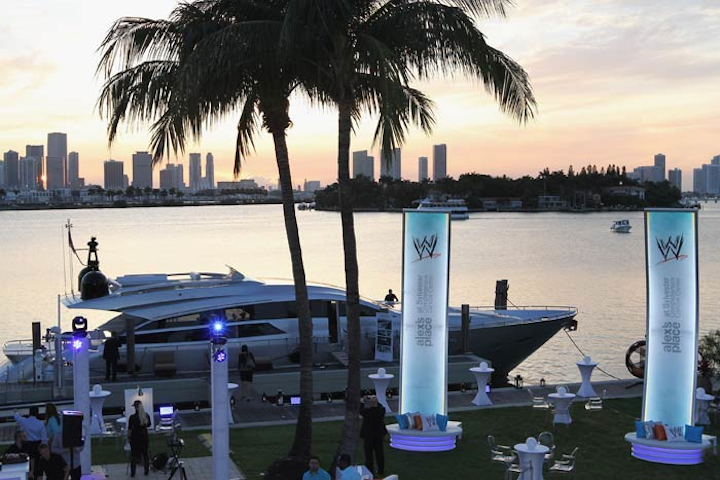 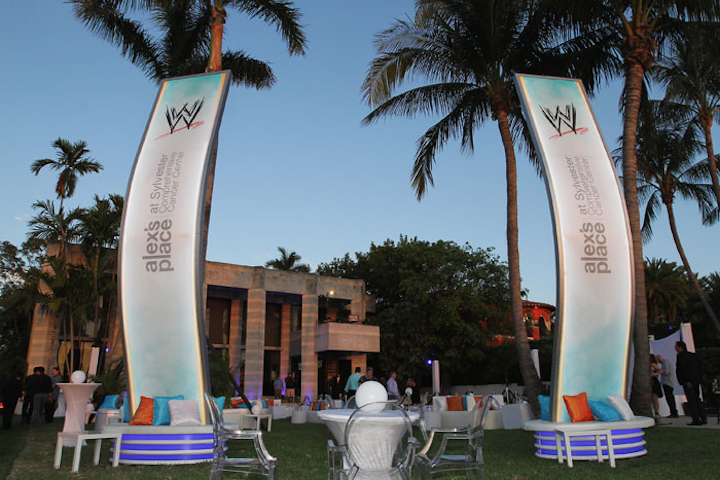 WWE's WrestleMania Week in Miami kicked off with a gala at a private home on Star Island.
Photo: Alexander Tamargo/WWE/Getty Images for WWE 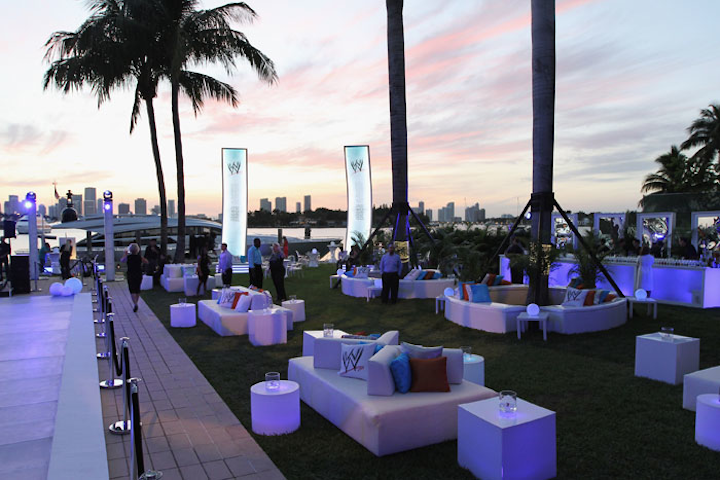 Low-slung lounge areas were set up along the property's back deck and garden.
Photo: Alexander Tamargo/WWE/Getty Images for WWE 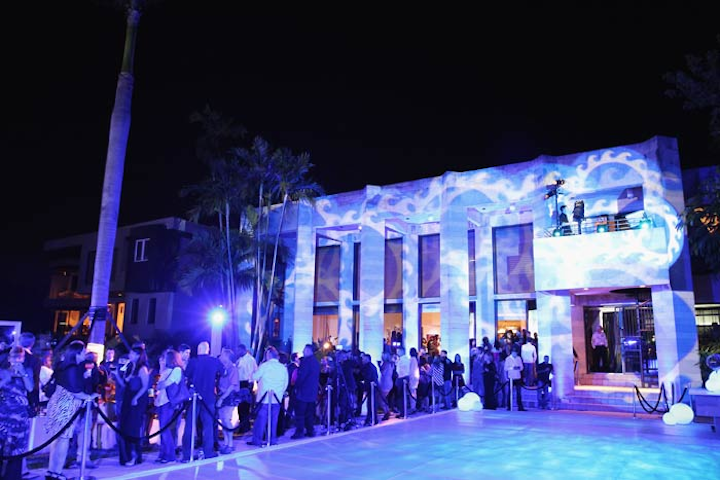 The pool was covered in plexiglass and transformed into a fashion runway and dance floor.
Photo: Alexander Tamargo/WWE/Getty Images for WWE 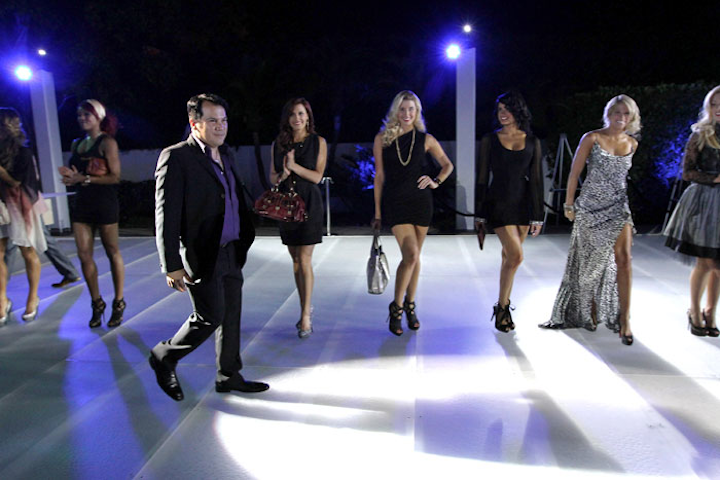 WWE Divas and Miami Dolphins cheerleaders modeled designs that were then auctioned off.
Photo: Alexander Tamargo/WWE/Getty Images for WWE 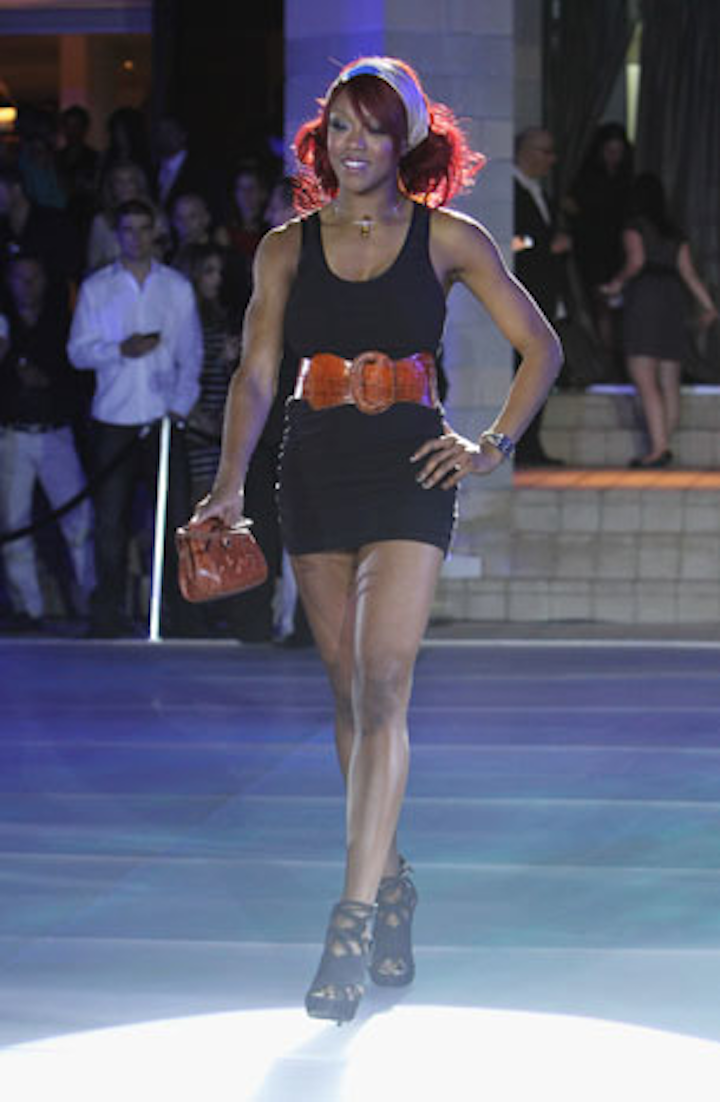 WWE's Alicia Fox was among the wrestling stars who appeared on the runway.
Photo: Alexander Tamargo/WWE/Getty Images for WWE 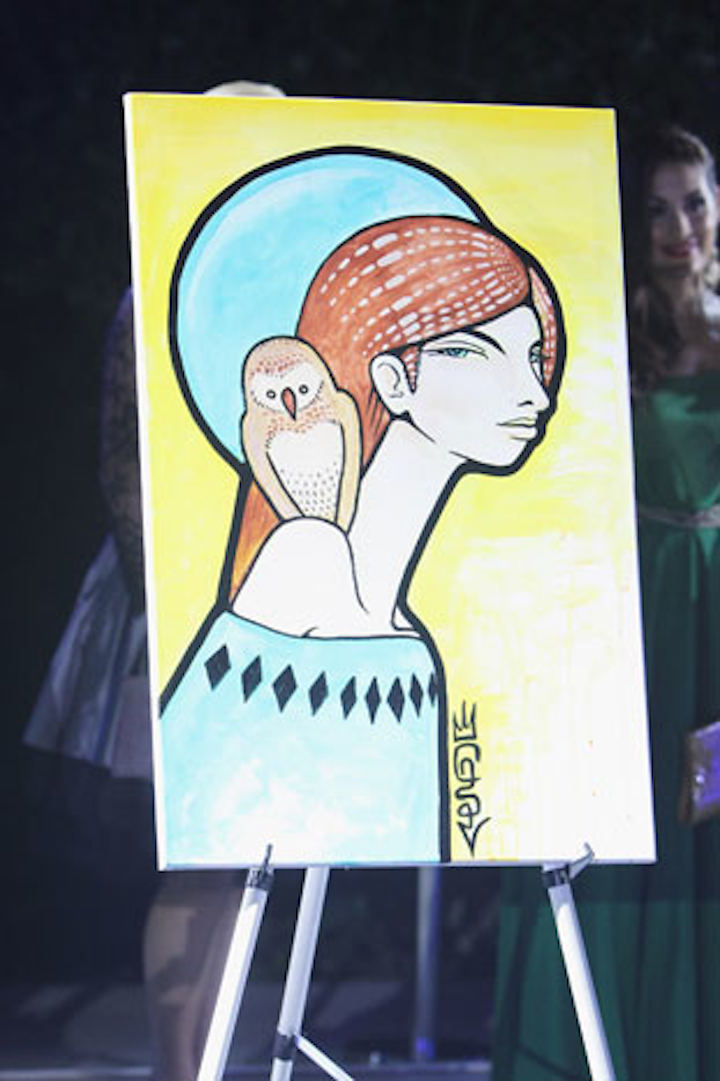 Artwork created by WWE stars and by local artists was up for auction.
Photo: Alexander Tamargo/WWE/Getty Images for WWE 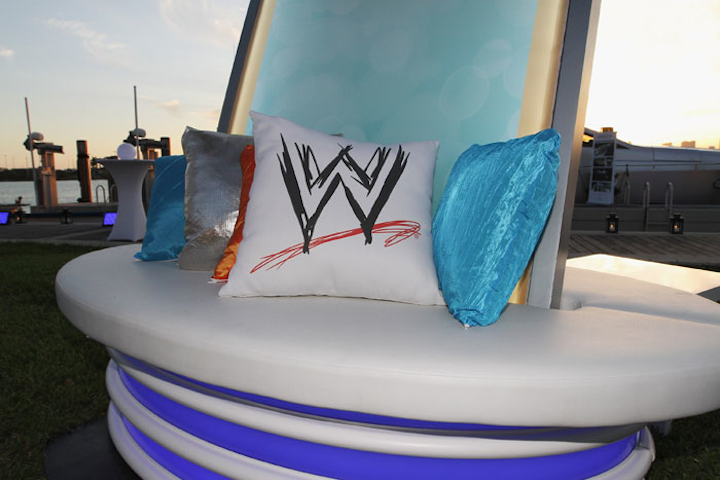