Get Crafty: See These Colorful Activity Ideas Inspired by NBC's 'Making It'

Amber Kemp-Gerstel, a contestant on the new crafting competition, hosted a viewing party in Miami for 100 of her fans to celebrate her debut on the series.

Whether the focus is fashion, cooking, singing, modeling, or drag, reality competition shows never seem to go out of style. One of the newest additions to the list is NBC’s Making It, a crafting competition series hosted by Amy Poehler and Nick Offerman, which highlights eight “makers” from across the United States.

One contestant, craft blogger Amber Kemp-Gerstel—the Miami-based founder and creative director of Damask Love, a D.I.Y. lifestyle blog—celebrated her debut on the show by hosting a viewing party of the premiere in her home city for 100 of her followers and fans.

The event also showcased a giant rainbow-hued wall installation created with oversize crafting supplies. The wall, which was designed by the Creative Heart Studio, served as an Instagrammable moment for attendees.

The event’s atmosphere and activities were meant to be a physical extension of Kemp-Gerstel’s Damask Love blog, which has been named one of the top D.I.Y. blogs by Domino magazine and Better Homes and Gardens magazine.

Kemp-Gerstel made it through the first episode of Making It, which airs Tuesday nights on NBC. Here’s a look at the viewing party’s Instagrammable stations and installation. 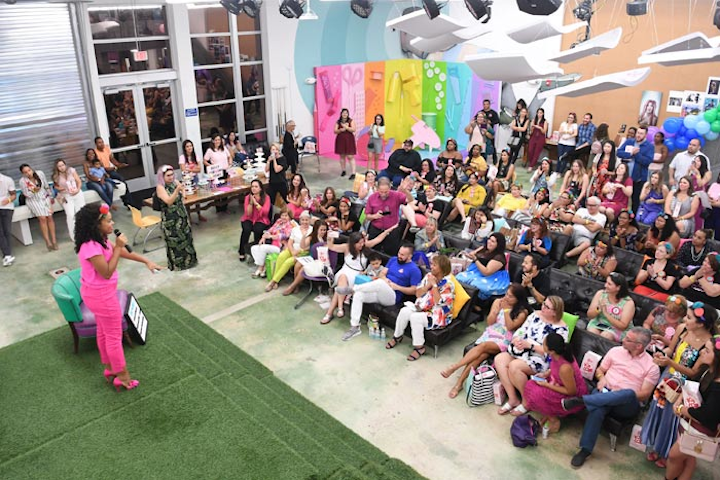 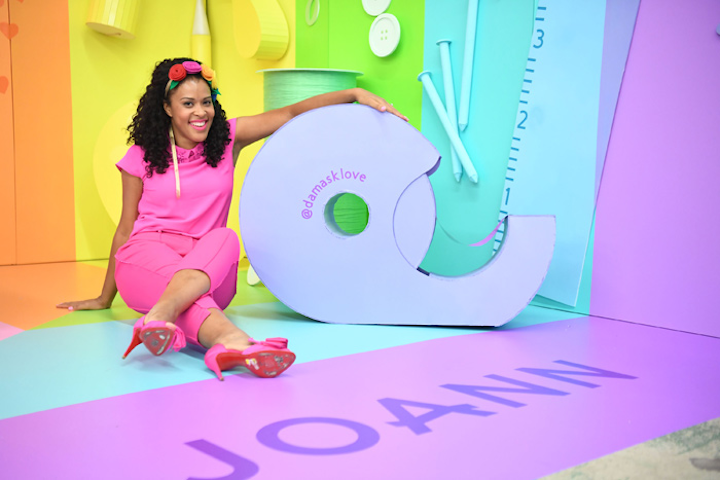 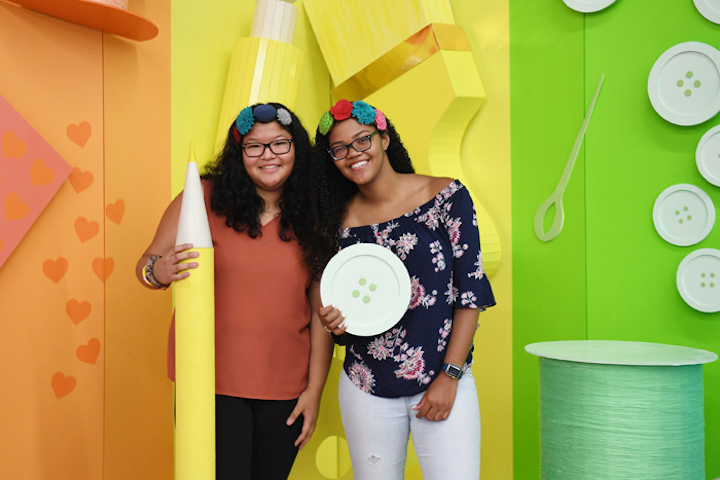 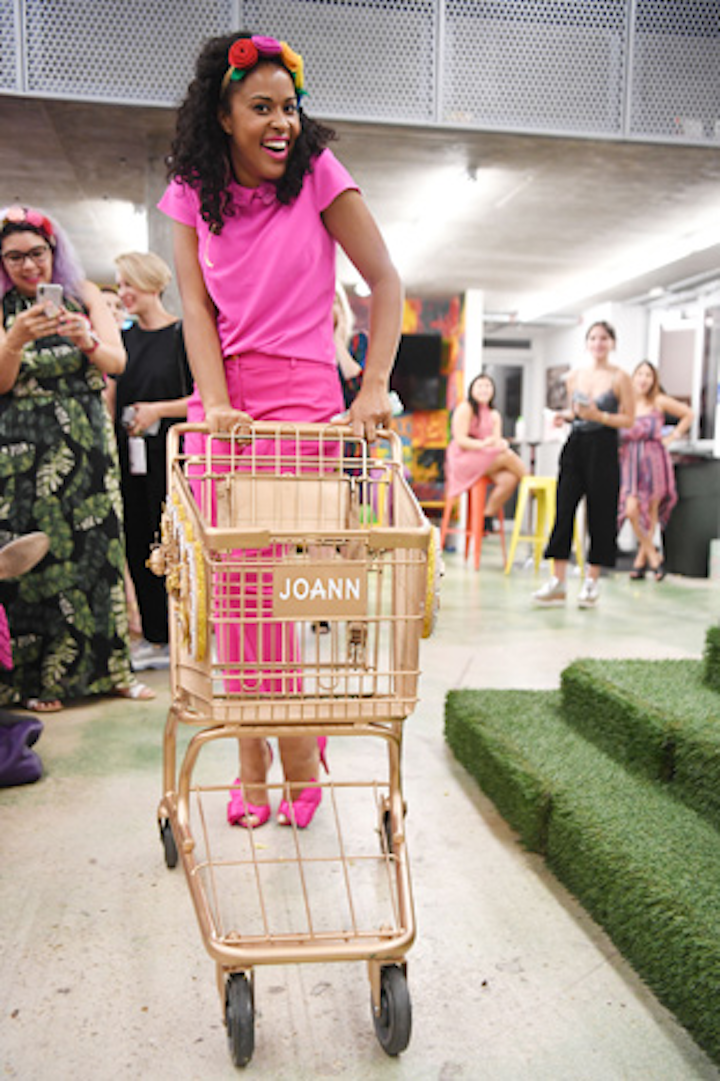 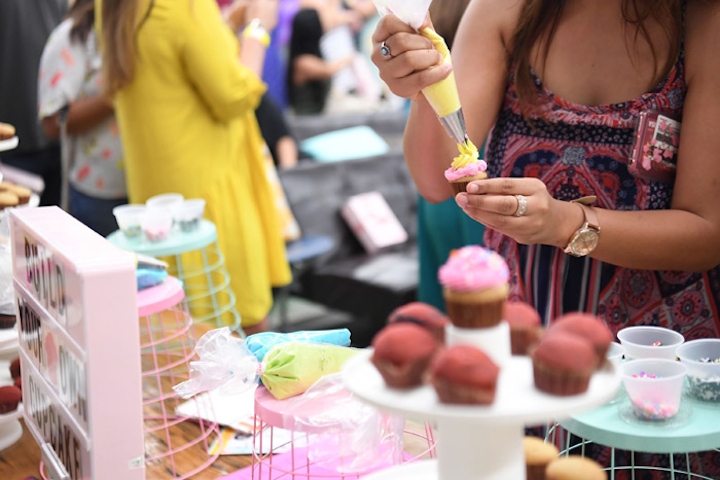 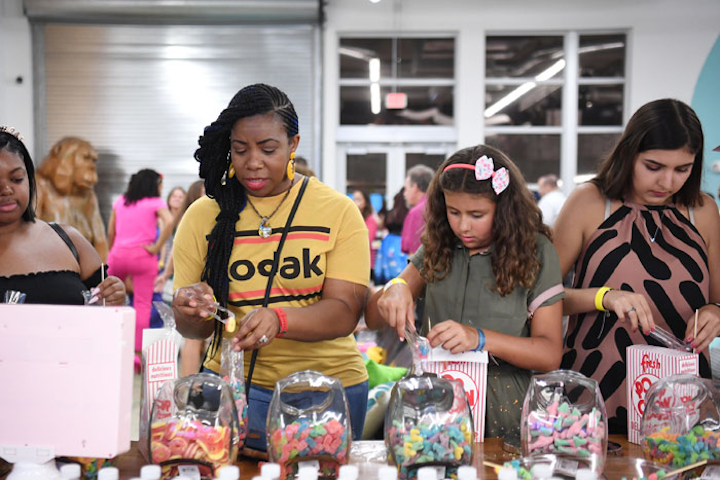 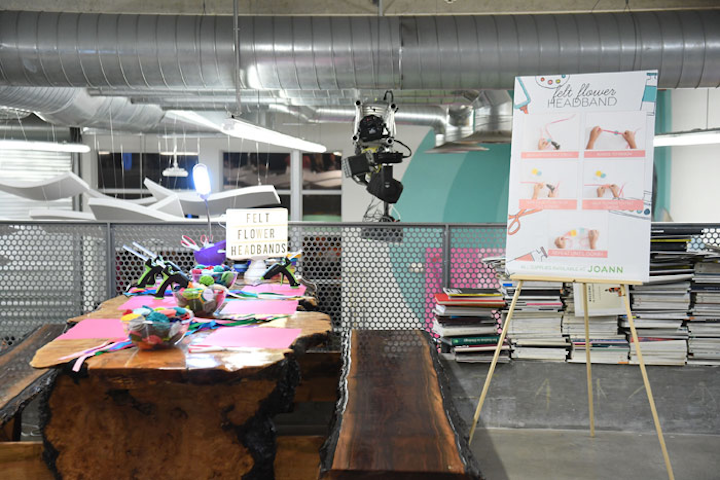 Guests were invited to make their own felt flower headbands with supplies from Joann.
Photo: World Red Eye 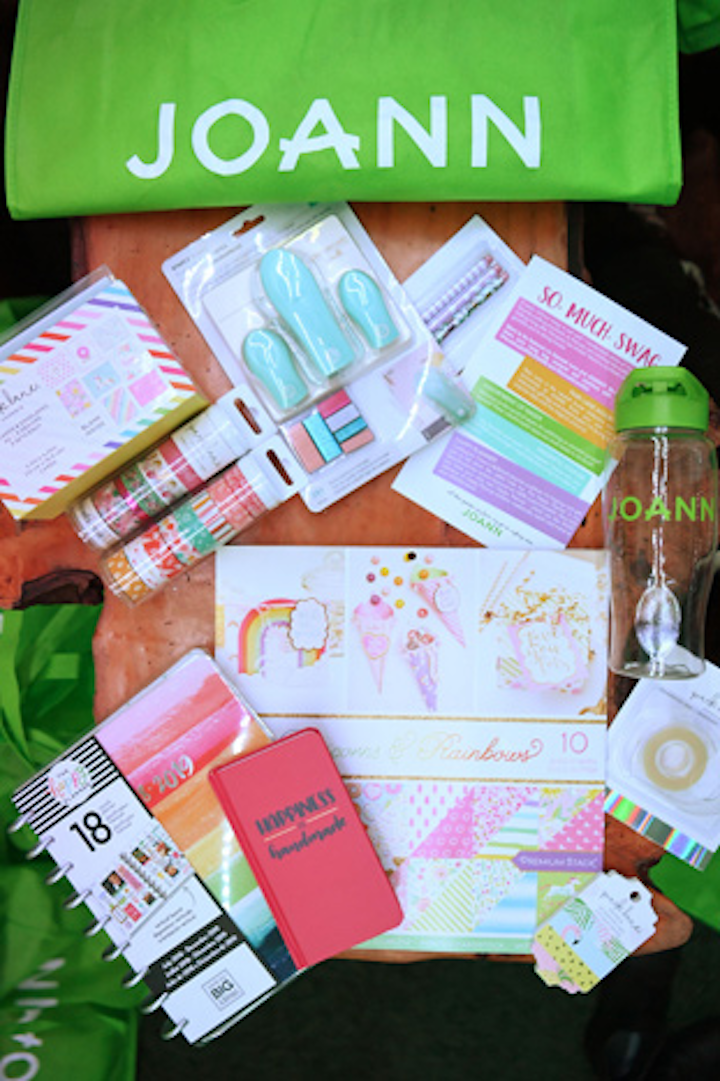