There are plenty of bowling alleys in this city, but there just aren't that many places to play table tennis. That could change with the opening of Spin New York. Building on the success of their underground gatherings known as Naked Ping-Pong tournaments—competitions that have attracted the likes of 50 Cent, Owen Wilson, and Veronica Webb—Bill Mack, Franck Raharinosy, and Jonathan Bricklin partnered with Andrew Gordon to open the table tennis and social club in July and last week held an official opening party with Vanity Fair.

In a subterranean spot on 23rd Street and Park Avenue South, the 13,000-square-foot facility was designed by Todd Oldham and offers ping-pong tables, bleacher seating, a bar, and a private room.

The idea behind this social club-nightlife hybrid is to provide ping-pong enthusiasts with a place to play, and in that vein Spin New York has yearly memberships for individuals and families, a pro shop, locker rooms and showers, and a staff of professional coaches. There are 17 individual tables—including one the venue claims is the most expensive table in the world, made from mirror, stainless steel, and glass—which sit atop competition-style cushioned flooring.

On the nightclub side, Spin New York has Ducks, a bar and lounge area that serves chef Will Horowitz's table tennis-inspired menu of dishes and cocktails. In addition to artwork by Charlie Harper, there's also a two-way mirror on one side of the main space, providing a view of a subway platform. For private gatherings, the Fred Perry room is a 1,000-square-foot area with two tables for private bookings and a high-definition projection screen. Decorated with photos of the former tennis champ and ping-pong pro, this area holds as many as 50 for receptions.

The entire venue can be booked for private functions and hold 140 seated or 299 for receptions. 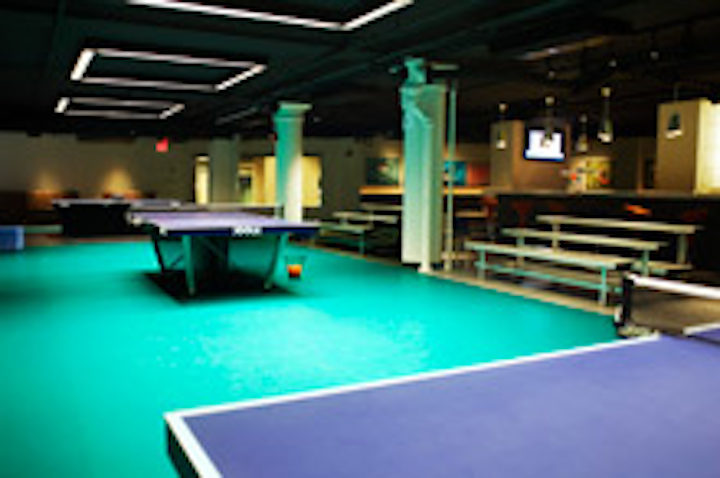 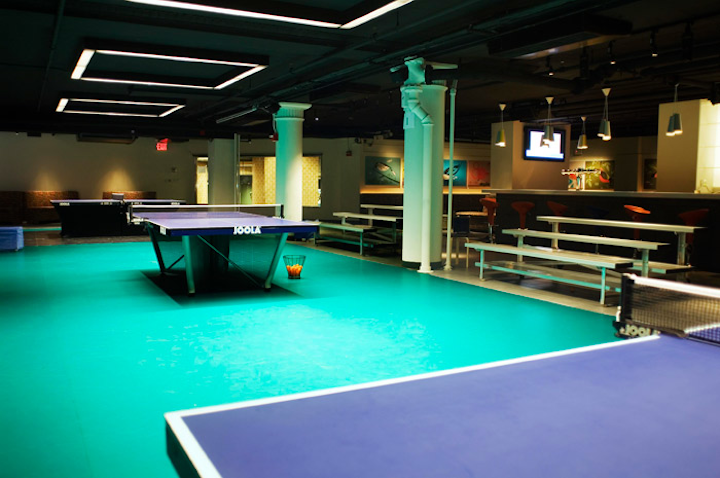 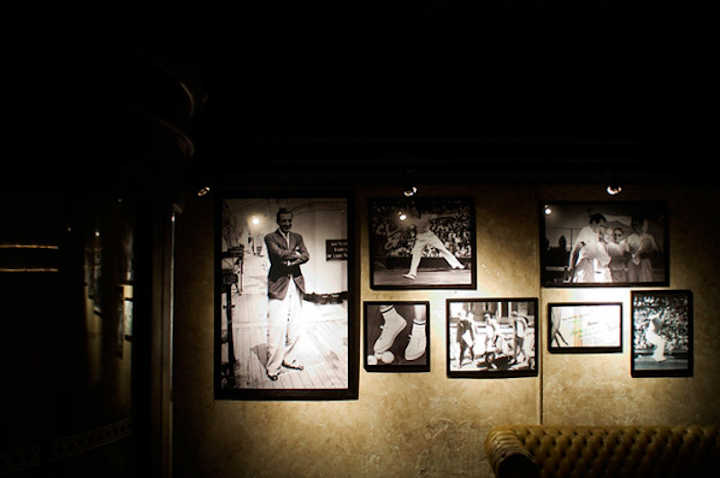 The private Fred Perry room is available for events and holds as many as 50 guests.
Photo: Courtesy of Spin New York
More in New York City & Tri-State Area