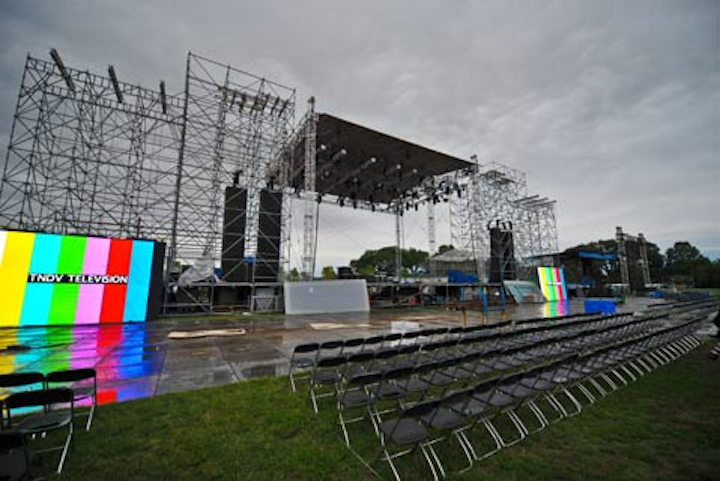 Civil rights leaders, local dignitaries, and Washingtonians will head to the Martin Luther King Jr. Memorial site for its official dedication on Sunday, nearly two months later than originally planned. The dedication ceremony, as well as the final two days of events, were canceled in August due to Hurricane Irene’s impending landfall in the Washington area.

“Due to the postponement, we are planning an event much smaller in scale but just as big in spirit,” said Harry E. Johnson Sr., president and C.E.O. of the Washington, D.C. Martin Luther King Jr. National Memorial Project Foundation, in a press release.

The Celebration Dream Gala on Saturday at the Washington Hilton, formerly scheduled for the Walter E. Washington Convention Center, is the only big-ticket event planned for August that is still taking place, though with a smaller guest list of 2,400 people—about half of the original planned attendance—due to venue constraints. Producer André Wells, owner of Events by André Wells, came on board about four weeks ago to redesign the gala for the new venue.

“Since we were going to be involved in some of the design and planning of the last gala, we were able to use some of the prop pieces and secure some of the same vendors who knew the vision [for the night] and were involved in the [planning] process,” said Wells, who will be working with Amaryllis, Hargrove Inc., Party Rental Limited, and Perfect Settings L.L.C. to decorate the event space in various shades of gray and silver with red, orange, yellow, peach, purple, and pink accents. VSG Solutions and Frost Lighting will be providing audiovisual support and technical production.

Scrapped events include a donors dinner hosted by Lionel Richie that had been planned for the original dedication weekend and a free public concert with appearances by Jennifer Hudson and Aretha Franklin on the National Mall prior to the dedication. Franklin is the only big-name entertainer able to participate in Sunday’s event alongside President Obama, Secretary of the Interior Ken Salazar, members of the King family, and other civil rights leaders.

The ceremony itself has also been scaled back and moved to another location. West Potomac Park will be open to the public, though tickets are no longer required, and will have Jumbotrons set up for attendees to witness the dedication—which is now taking place with a smaller group on the memorial site.

To draw out-of-towners back to Washington for the dedication, the foundation partnered with the Washington Hilton to provide a discounted $269 per night rate for those who booked before October 7 using a code provided on the event’s Web site.