Warner Brothers vice president of special events Courtney Saylor and manager of special events Amanda Lamb, along with Troy Williams and Zachary Monge, oversaw the big-scale festivities on Monday night, tapping 15/40 Productions to produce, design, and coordinate the arrivals in front of Grauman's Chinese Threatre and Chad Hudson Events for production and design of a tented party on the parking lot of the El Capitan Theatre afterward.

"The premiere for Valentine’s Day is virtually unprecedented in the history of our studio, and we created an event befitting the film’s star power," said Lamb, noting that the red carpet drew the largest film cast to attend a Warner Brothers premiere in decades—or perhaps ever.

Load-in started at about 10 a.m. Monday for the 250-foot-long arrivals line, which included a logo-inset carpet, 2,500 roses in heart-shaped clusters on the step-and-repeat wall, and 4,000 on the carpet itself. Roses spilled out of a Ford flower delivery van—as seen in the film—stationed at the end of the carpet. Organizers also handed out 4,000 red roses to the fans lining Hollywood Boulevard across from the theater.

Chad Hudson produced the tented party, which required a three-day load-in. The team set up a tent on the parking lot of the El Capitan, complete with a carpeted subfloor. "We flew in over 30,000 stems of assorted red, white, and pink roses, hydrangea, lilies, and amaryllis from Holland and Colombia to construct floral chandeliers," said Hudson, who noted that the load-in began during a storm. "And we used over 5,000 yards of white sheer voile chiffon fabric to swag in a billow effect with gentle pleating to cover the walls and ceiling of the tent and create the cabana-like feel of the V.I.P. seating areas." In all, 20 semiprivate areas flanked the tent for the movie's key players.

Innovative Dining Group catered the event—with food from its restaurants Boa, Katana, Sushi Roku and the brand new Delphine at the W Hollywood—and set up sushi stations and robata grills outside the tent. Ultimat vodka, Patron tequila, Moët, and Fiji sponsored the beverages, and Ultimat and Patron also sponsored a logoed photo booth from MVS Studio. Crumbs supplied an array of cupcakes done in Valentine's Day colors, and Godiva set up a chocolate bar backed by a wall made from real chocolate. DJ Christian with Afterburn Productions spun music for the crowd. 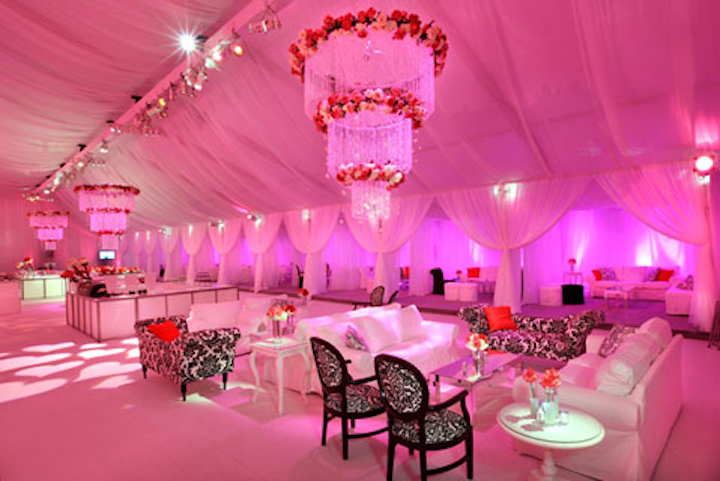 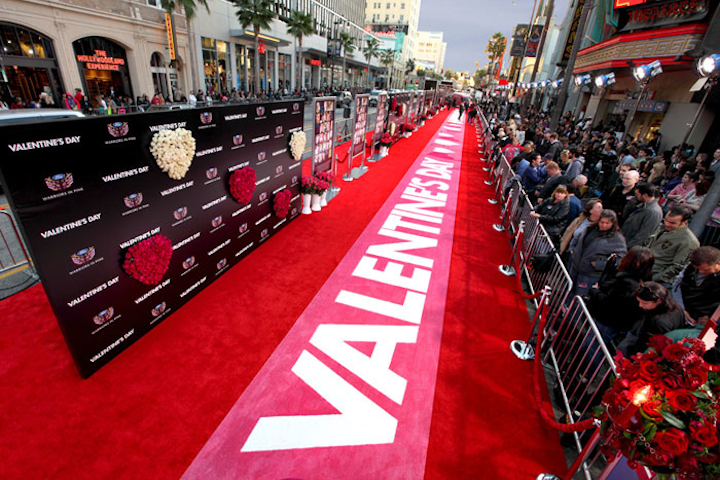 The red carpet for the Valentine's Day premiere got a holiday-appropriate look from shades of red and pink and an array of roses.
Photo: Line 8 Photography 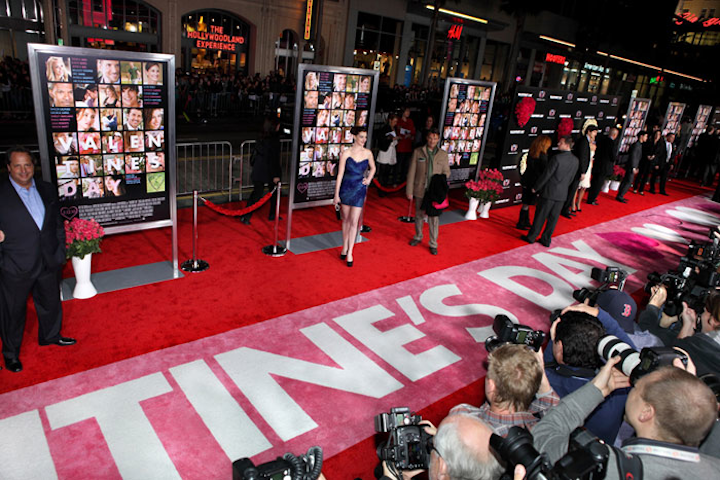 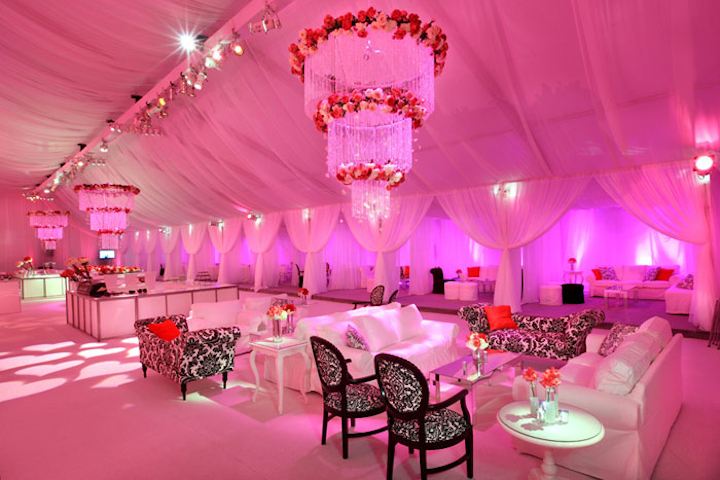 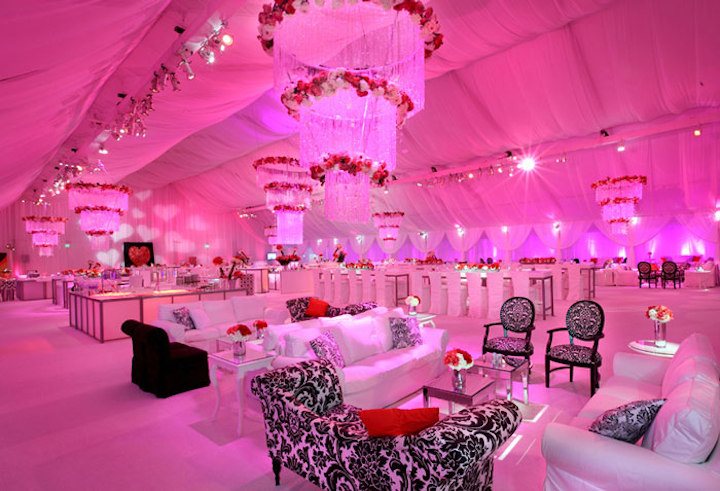 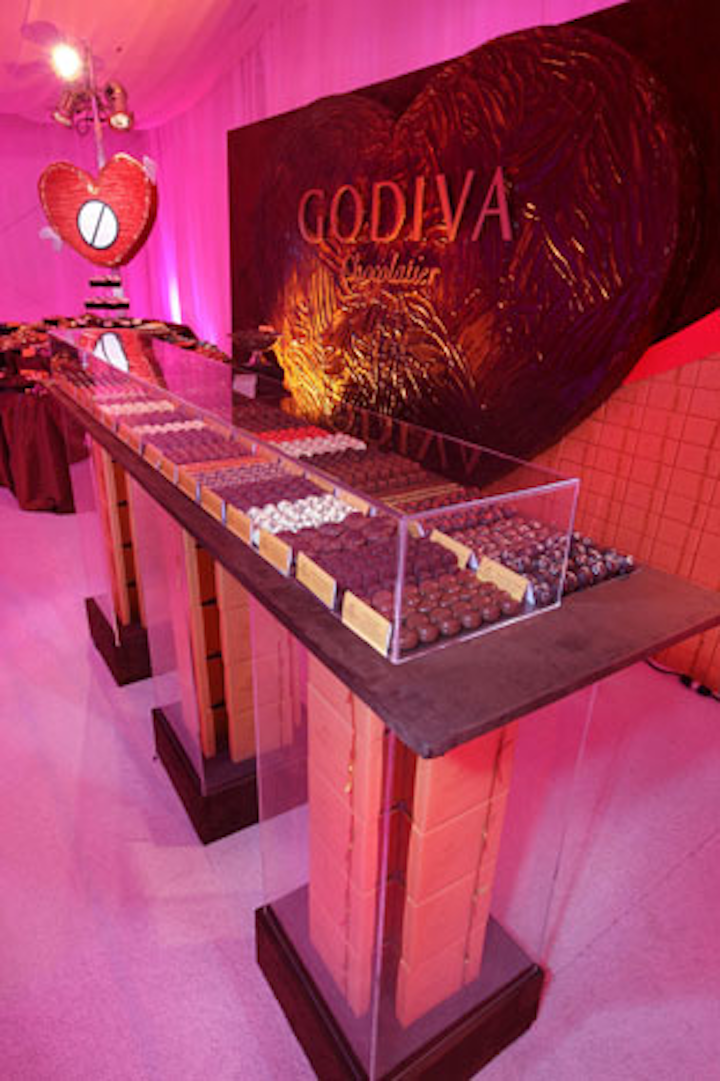 Godiva set up a chocolate wall in one corner of the party tent.
Photo: Line 8 Photography 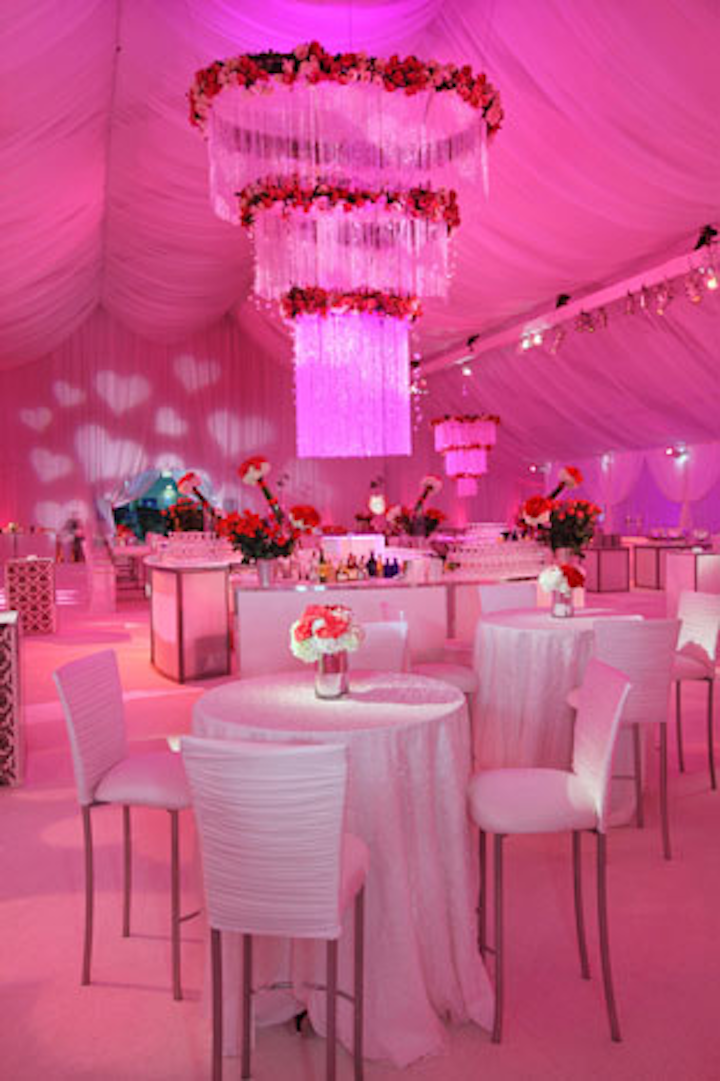 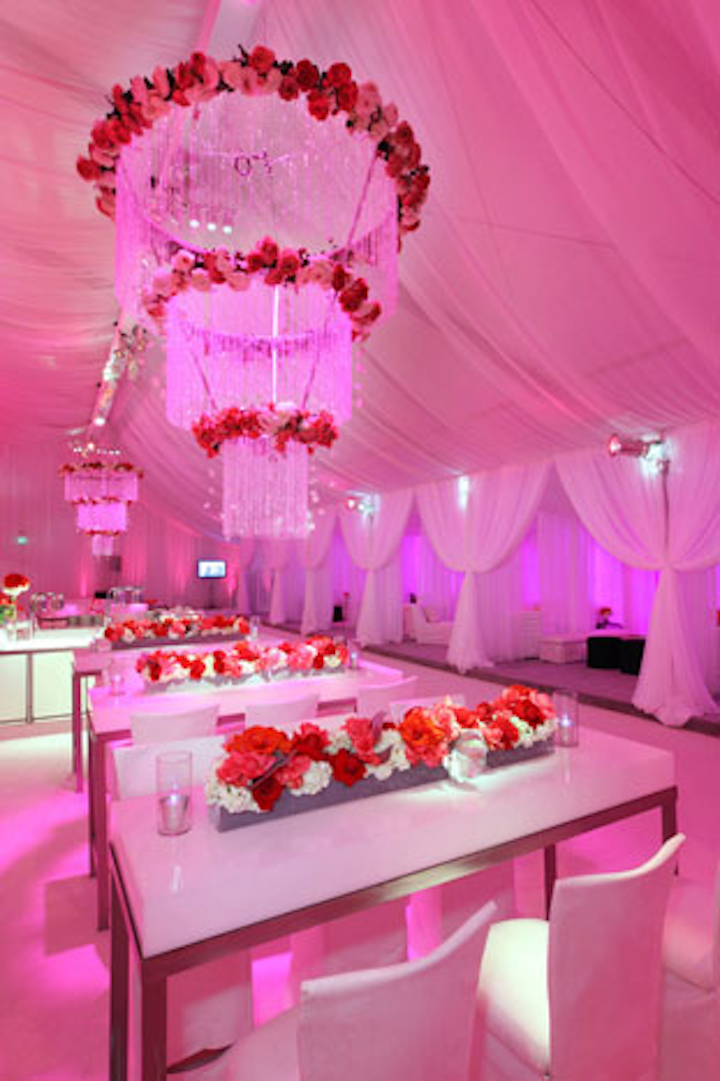 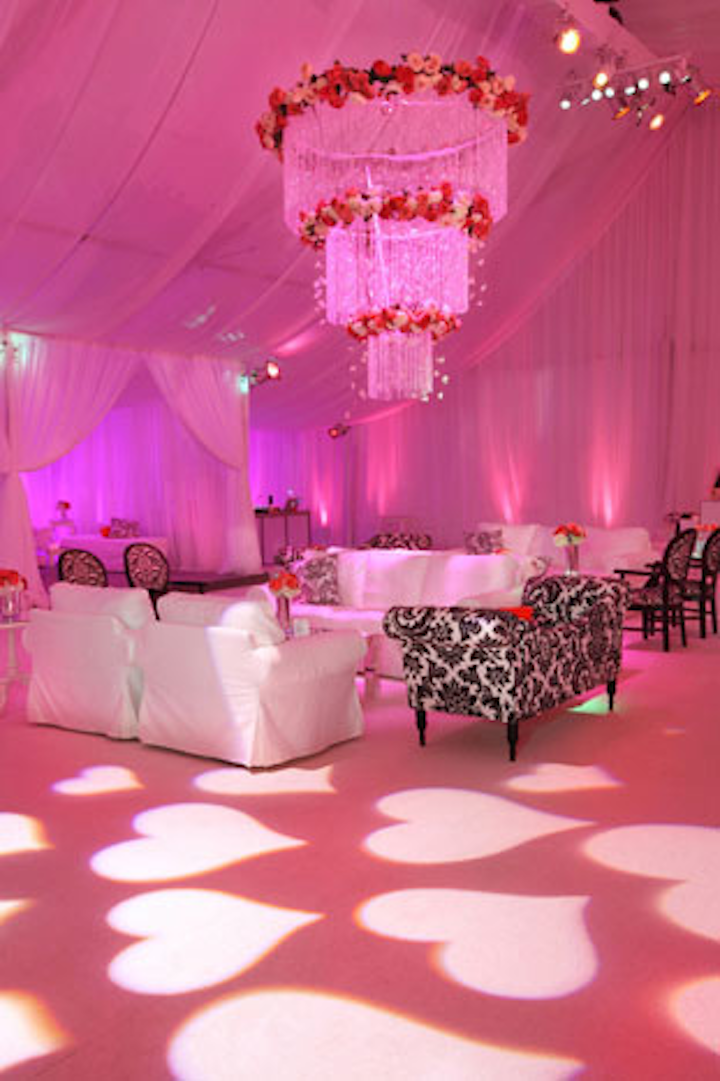 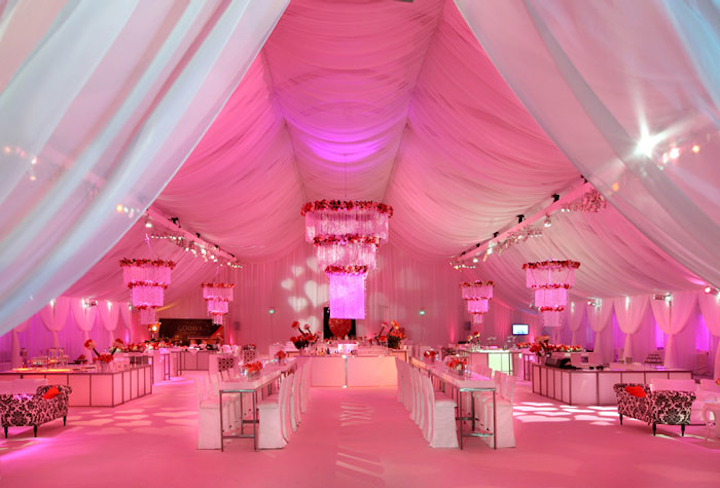