There was no better theme than TV for the CBS at 75 anniversary celebration at the Hammerstein Ballroom. More than 200 flat-screen televisions served as the centerpieces at more than 40 dining tables, and were angled to insure a clear view for each of the 600 seated guests. The small screens projected clips from a video scrapbook showcasing some of CBS's defining moments in news, sports and entertainment from the past 75 years. And four large screens suspended from the stage showed the same video feed.
The clips followed Great Performances' three-course dinner, which included poached maine lobster with.phparagus tips, grilled filet mignon with rosemary potatoes and wild mushroom and tomato ragout, and falling chocolate souffle with wild berry compote for dessert.

The stage set, designed by Roy Christopher, was an artful interpretation of CBS's signature logo, the eye. Pop artist Peter Max also interpreted the iconic eye to create the official artwork and logo for the event, which the network broadcast live. Carol Burnett, Mary Tyler Moore and Dan Rather were among the more than 100 past and present CBS personalities in attendance. 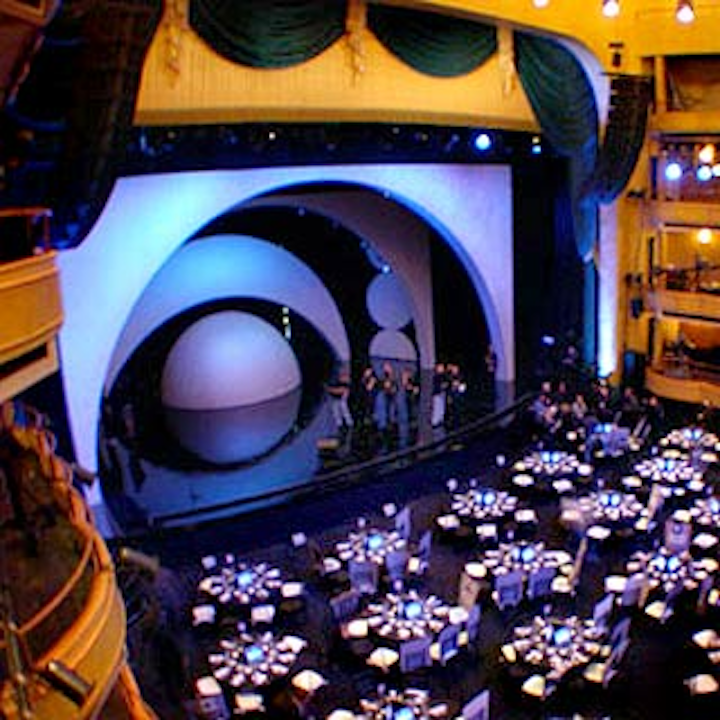 Roy Christopher incorporated CBS's signature logo, the eye, into the stage set at the CBS at 75 anniversary celebration. 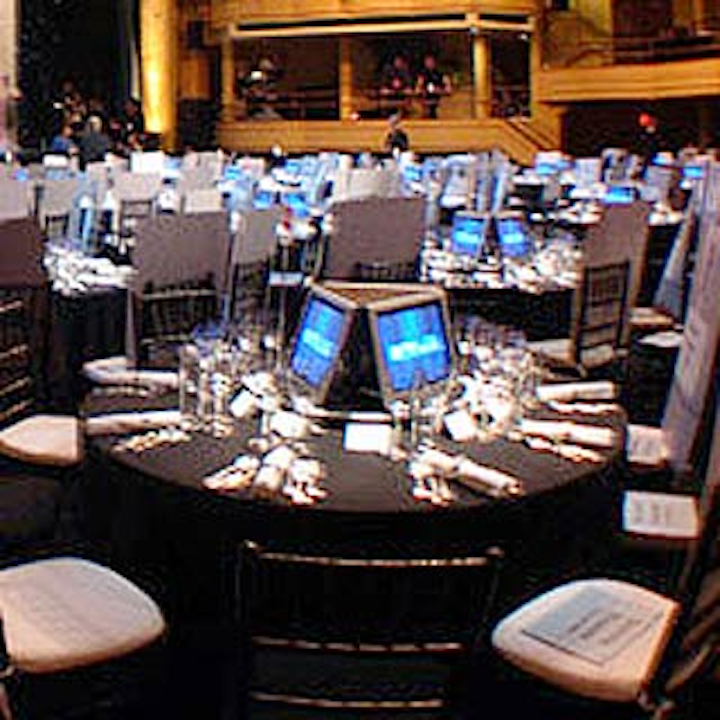