For the Plaza's centennial, its new owners threw a birthday party with a 12-foot-tall cake and an impressive pyrotechnics display sychronized to the music of a live orchestra.

A birthday doesn't feel like a birthday without cake, and for the 100th birthday of the Plaza on Monday night, there were two. Almost. To mark 100 years—to the day—since the Plaza first opened, the property's new owners, El Ad Group, had cake maker Ron Ben-Israel build a 12-foot-tall edible replica of the iconic building, and fireworks firm Fireworks by Grucci turned the real-life building into a birthday cake of sorts using pyrotechnics launched from the roof to simulate candles. For additional awe, more fireworks shot out of the windows, sparkling, twirling, and spelling out "100."

While the celebration marked the anniversary, the stunt also acted as a very public reminder of the reopening of the former hotel and was intended to generate some positive publicity from national and international media outlets.

Held outdoors, the event was attended by about 2,000 guests, who filled the bisected public square between Central Park South and 58th Street (basically the Plaza's backyard, which is officially known as Grand Army Plaza); the areas were covered in red carpeting and enclosed by hedges. The planners closed off sections of Fifth Avenue and 59th Street for the evening celebration, allowing hundreds of thousands of spectators to watch from the sidelines.

As the event involved closing major thoroughfares and shooting fireworks from a landmark building, event producer David Monn collaborated with several city agencies to pull it off, including the Office of Citywide Events Coordination and Management, the NYPD, the FDNY, the Central Park Conservancy, and the Parks Department. Monn, who worked on the project for about three months, also worked with Meyerson Associates to protect certain elements like the pyrotechnics and the cake, which were on-site three days in advance. "This was the biggest event we've handled to date," Monn said of the production.

What is the event designer and planner most proud of? The fireworks display, which was timed to music from a live 50-piece orchestra. Coordinating the efforts of Grucci and Texas-based lighting company Syncrolite with the Orchestra of St. Luke's was challenging, especially with more than 4,800 individual cues created for the show. According to Monn, the show went off without a hitch: "We did it to perfection."

The edible cake, too, was an elaborate affair. Ben-Israel spent a month planning (using drawings and photos and consulting historians), a month creating the piece, and three days (and nights) putting the gigantic baked good together on-site. With the ongoing restorations to the Plaza, the chef even made some last-minute changes to the cake, including adding gold leaf to what had been a replica of wrought-iron detailing.

The night was hosted by native New Yorker Matthew Broderick, and despite the large numbers, the event was relatively relaxed, with plenty of room on the risers for photographers and videographers as well as mingling space for guests. Speakers included Isaac Tshuva, founder and chairman of El Ad Group; Peter Ward, the president of the New York Hotel Trades Council; deputy mayor Dan Doctoroff; and the Plaza's interior architect, Gal Naeur.

Although the centennial didn't mark the reopening of the building as was previously planned, there will be, according to Tshuva, another party to celebrate that on December 1. 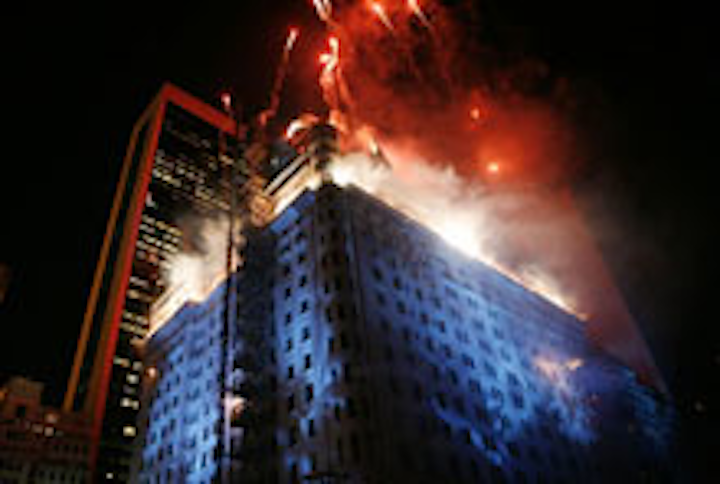 The Plaza\'s grand fireworks display.
Photo: Courtesy of the Plaza 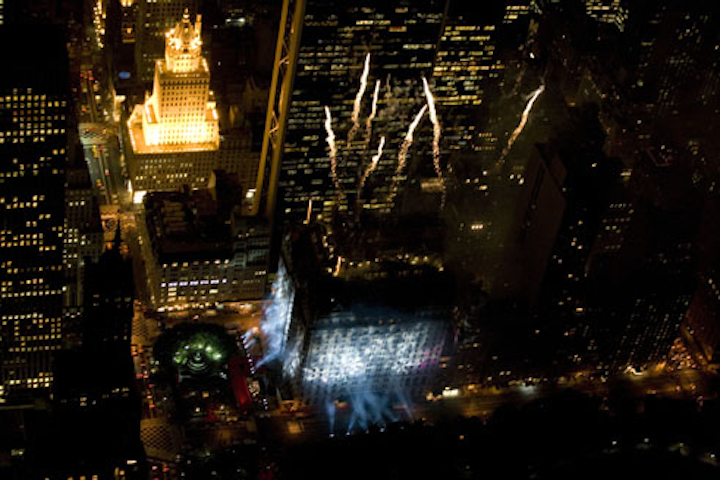 The fireworks display—reportedly the largest ever launched from a building's rooftop—drew thousands of onlookers in addition to the event's 2,000 guests.
Photo: Courtesy of the Plaza 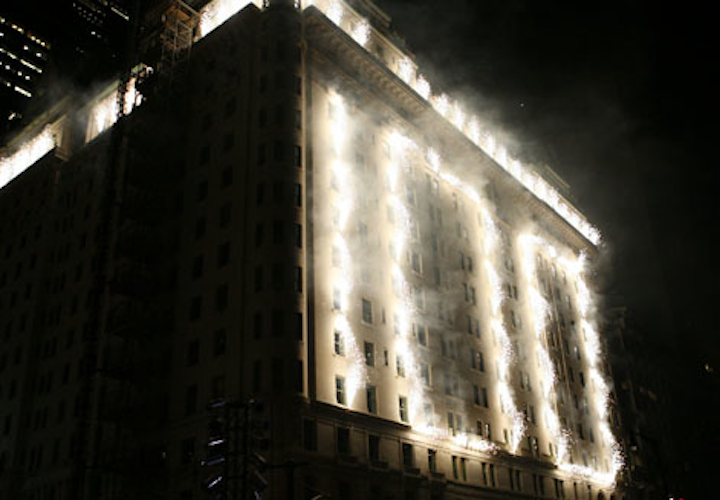 More fireworks spelled out "100" on the building's facade.
Photo: Courtesy of the Plaza 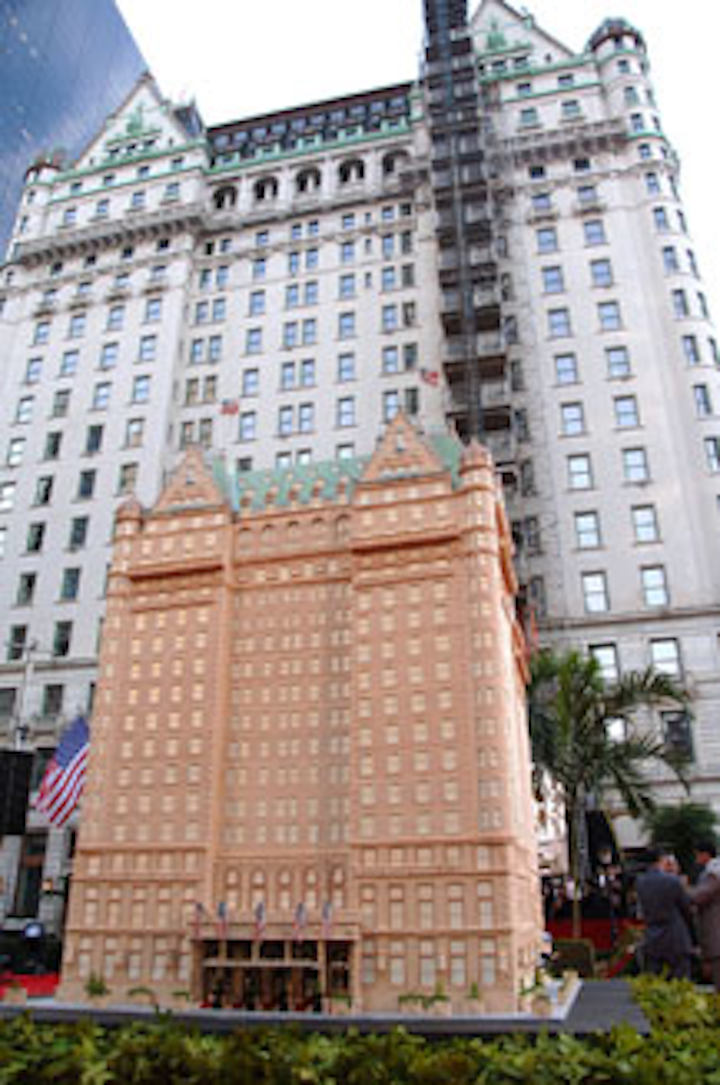 The 12-foot-tall cake from Ron Ben-Israel—a replica of the building that included details as small as the planters out front and the bricks on the sides—took three days to build on-site.
Photo: Courtesy of the Plaza 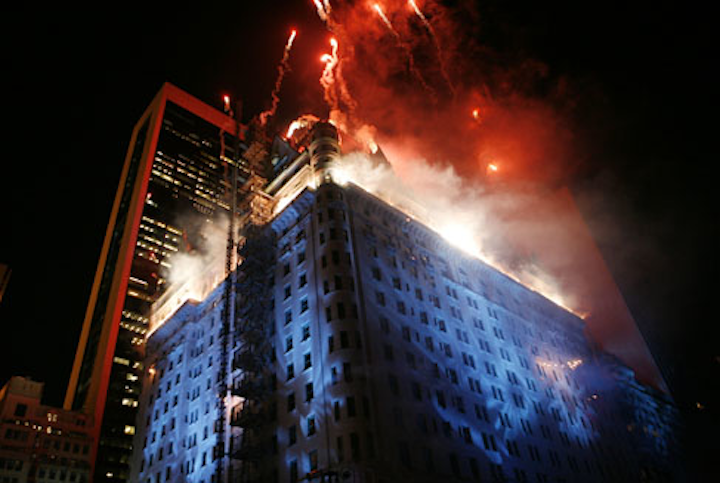 Before the cake was cut, Fireworks by Grucci turned the landmark into a birthday cake of sorts, shooting pyrotechnics from the roof (simulating candles) as well as out of the building's windows.
Photo: Courtesy of the Plaza 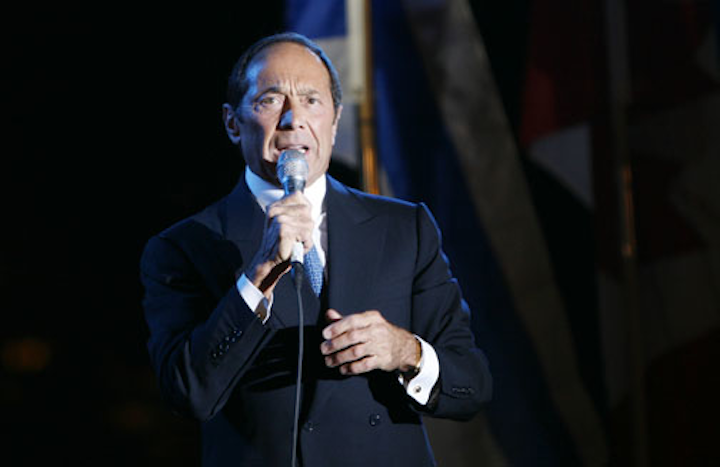 With new lyrics poking fun at the Plaza, Paul Anka sang "My Way" to Isaac Tshuva, founder and chairman of El Ad Group.
Photo: Courtesy of the Plaza 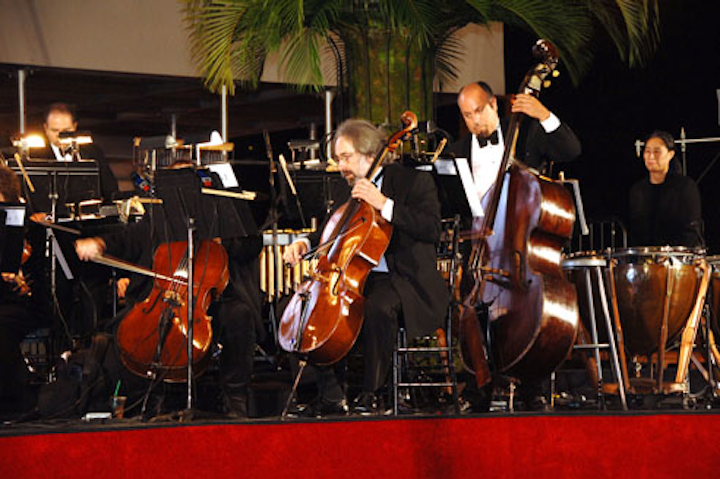 The 50-member Orchestra of St. Luke's performed in time to the fireworks and also opened the night with instrumental versions of songs such as "The Way You Look Tonight," "Moon River," and "Begin the Beguine."
Photo: Courtesy of the Plaza 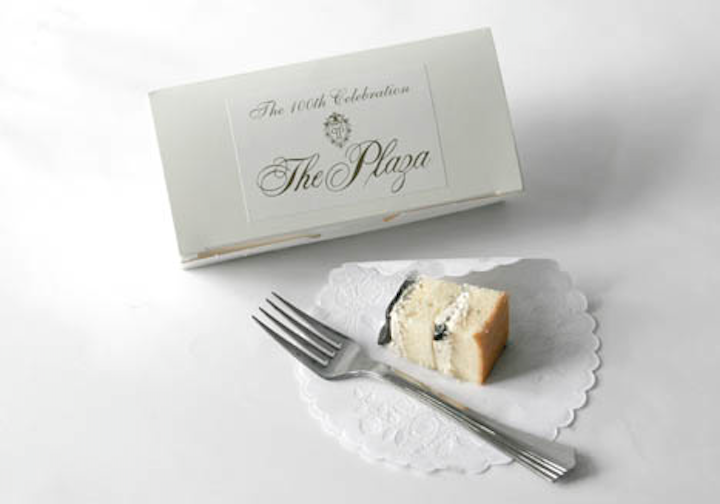