Dubbed "Passport to Discovery," the American Cancer Society's Discovery Ball at the Radisson Blu Aqua Hotel had a time-travel theme that nodded to the society's past, present, and future as it celebrated its 100-year history.

At the registration area, the 900 guests checked in at a desk that resembled an old-fashioned ticket counter, and HMR Designs' decor included worn suitcases, vintage train schedules, and other tropes that brought the year 1913 to life. In the main ballroom where the dinner, live auction, and entertainment took place, vibrant hues of blue and orange were inspired by the society's signature colors and represented its present; later, a silvery-blue after-party was meant to evoke the future.

Lee Kite, the society's director of distinguished events, oversaw the planning and facilitated measures that contributed to the evening's $2.1 million take. To celebrate the society's milestone anniversary, this year saw the creation of 100 Ambassadors for Our 100th Birthday, a new leadership group comprising corporate leaders and philanthropists. Invited by volunteers, each member of the group committed to donating $25,0000 to the society. The event also had a 170-lot silent auction that brought in more than 20 percent of the proceeds, and the live auction saw some staggeringly successful moments—one of which centered on a particularly furry prize. Named Charlie and sporting a jaunty blue bandana, a golden retriever puppy fetched an $84,000 bid. 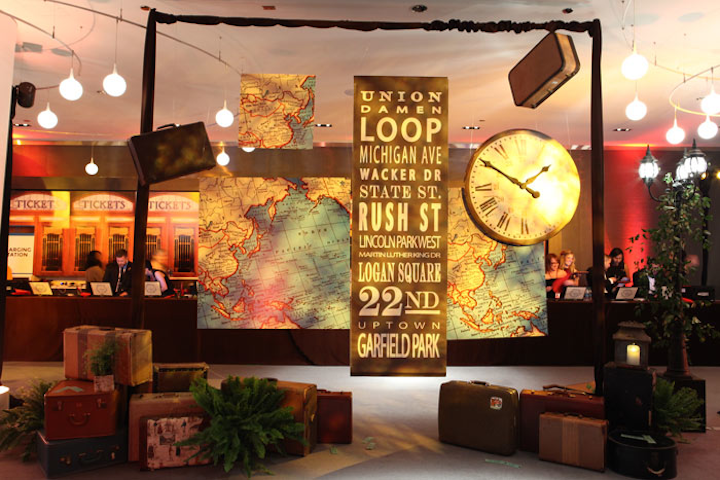 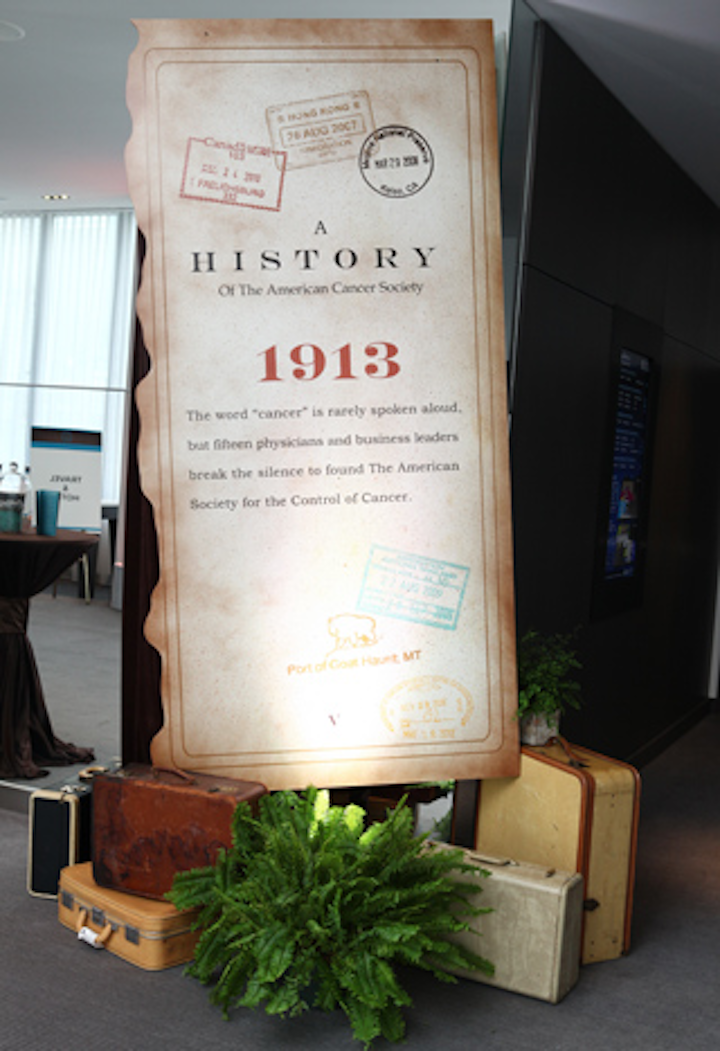 Blowups of pages from the American Cancer Society's history book hung throughout the space. The pages contained significant facts about the society.
Photo: Robert A. & Dawn Davis 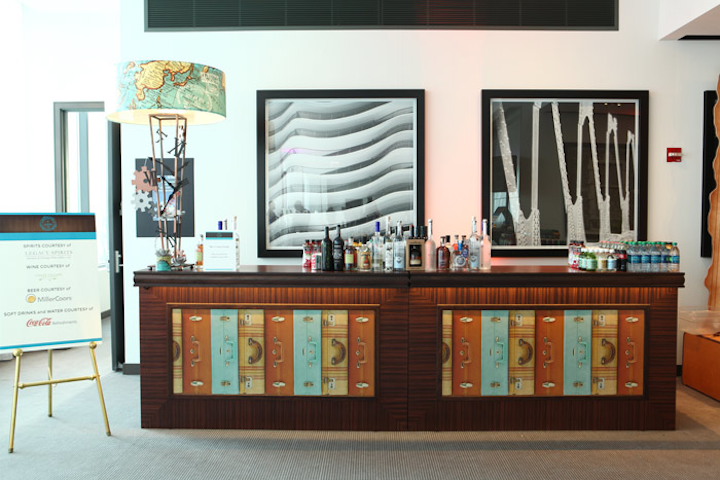 In keeping with the travel theme, bars appeared to have suitcases stacked within them. To underscore the idea of time travel, tall lamps were wrapped with oversize clock numbers and gears, and lampshades featured maps.
Photo: Jenn Gaudreau 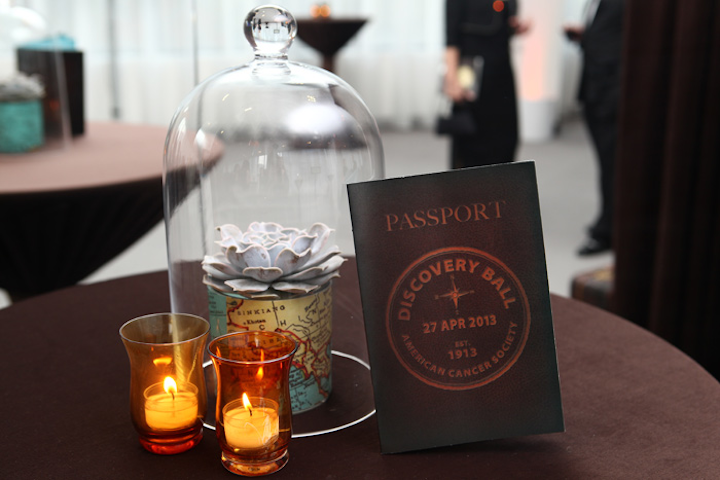 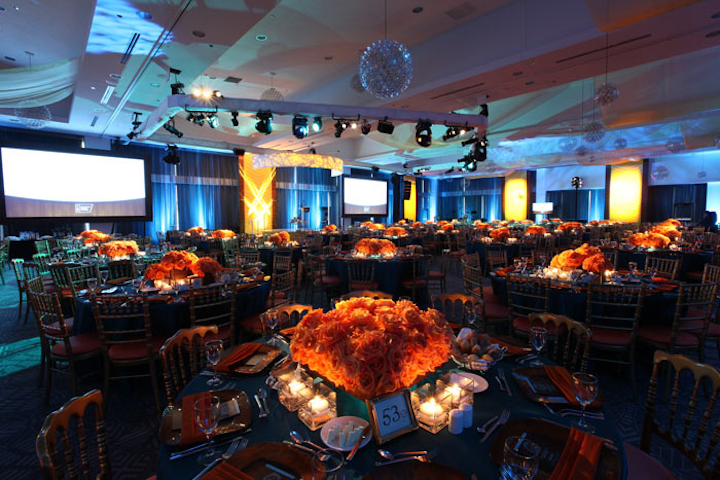 In the ballroom, the blue and orange color scheme was inspired by the society's signature colors.
Photo: Jenn Gaudreau 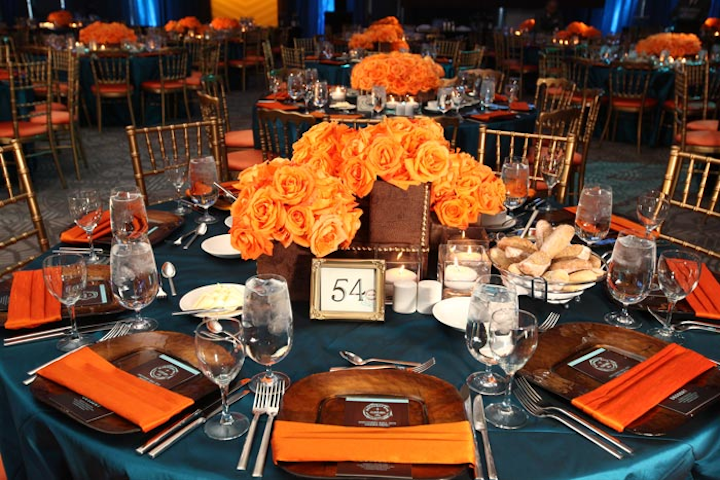 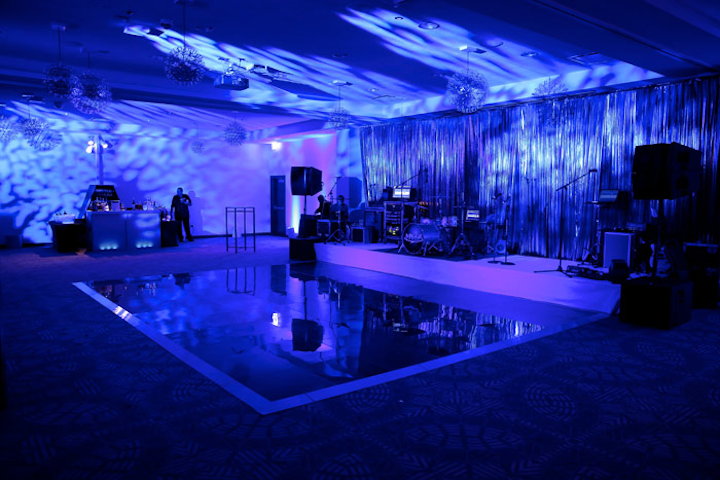 Decked in silver and blue, the late-night after-party was meant to evoke the future.
Photo: Robert A. Davis
More in Social Events