Mike Walker, operations manager at C3 Presents, slept in on Saturday until 4:25 a.m. The rest of the week, he was up by 4 a.m. and in Grant Park by 6 a.m. to take care of last-minute adjustments to the C3-produced Lollapalooza, which took place August 6 through August 8. "Anyone can put on an easy show," Walker said. "Lollapalooza's not easy."

Though not exactly a cakewalk, the festival does have some structural elements that remain unchanged from year to year. The 2010 version, for example, stuck with previous iterations by having eight main stages, which saw performances from headliners such as Lady Gaga, Green Day, Phoenix, and Soundgarden. But this year the event's footprint expanded west of Columbus Drive, resulting in grounds that Walker said were about 25 percent larger than in 2009.

The new layout was intended to "improve the flow and make more room for patrons," Walker said. "It's better for everyone." After a walkthrough during the Lady Gaga show, which drew close to 80,000 fans on Friday night, Walker noted that no particular area felt congested. Part of that, he said, was due to a new position for the V.I.P. cabanas, which corporations purchase to provide air-conditioned—and bar-equipped—viewing space for clients. Perched atop a knoll in the park, the cabanas were moved farther back this year to provide more room for fans below.

Sponsor activations included Adidas's new "Mega Shoebox." Built to look like a diner, the temporary room had sneakers housed on cake stands, staffers dressed like servers in a '50s diner, and a photo booth. Sony and radio station Q101 were among the returning brands to sponsor on-site lounges. 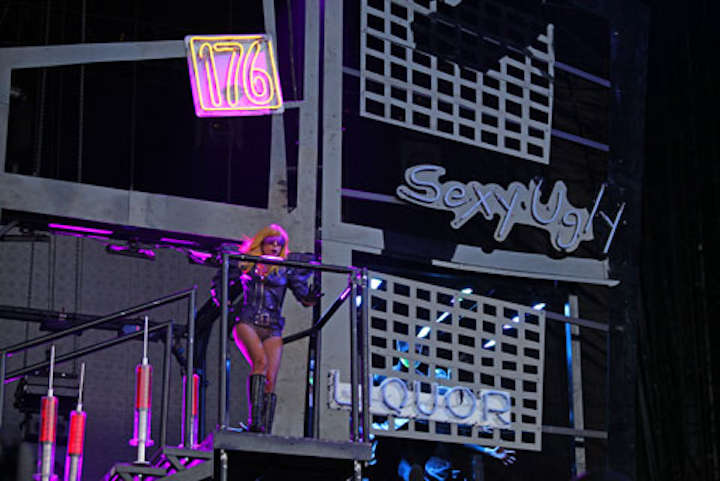 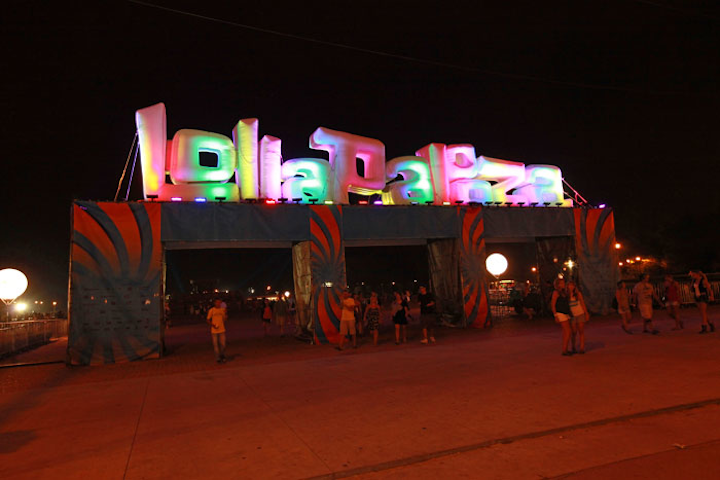 As in the past, blown-up white letters above the entrance spelled out the festival's name.
Photo: Barry Brecheisen for BizBash 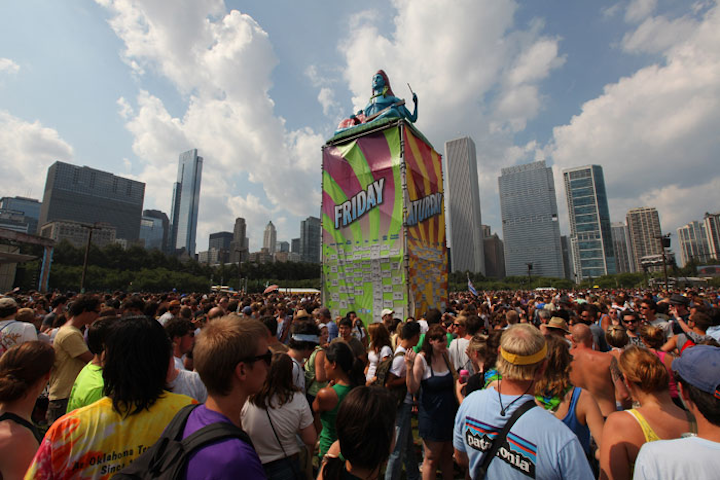 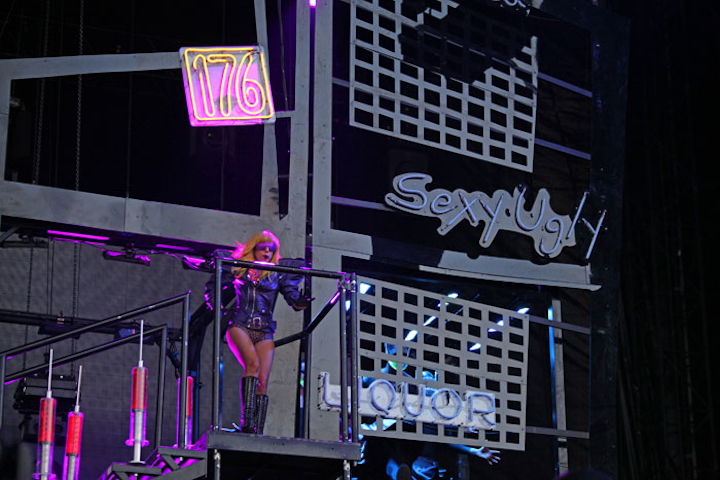 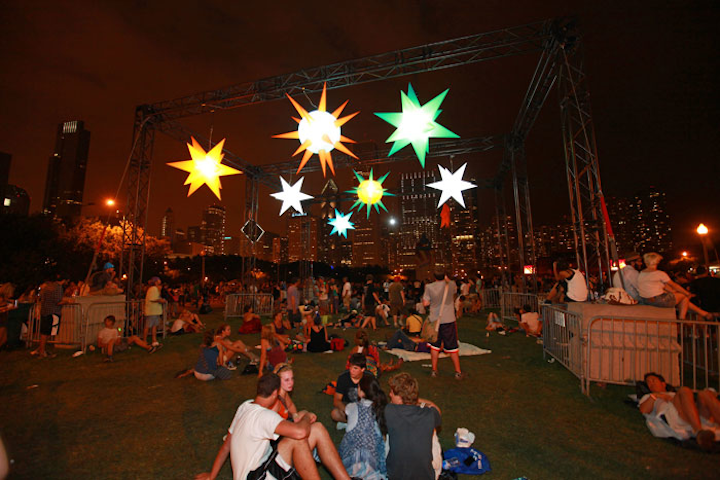 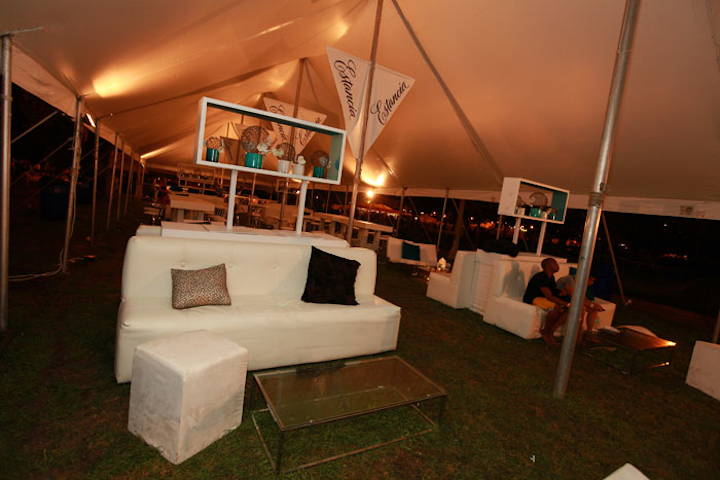 Kehoe Designs decorated the Uncorked lounge, where guests could purchase glasses or bottles of Estancia wine and kick back on soft seating.
Photo: Barry Brecheisen for BizBash 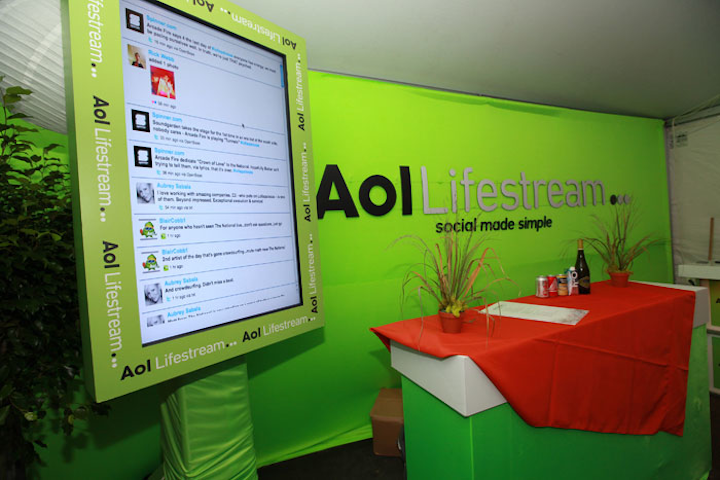 AOL sponsored the Lifestream lounge, where festival-goers could recharge their phones and enter a contest to win passes to the V.I.P. cabanas on festival grounds.
Photo: Barry Brecheisen for BizBash 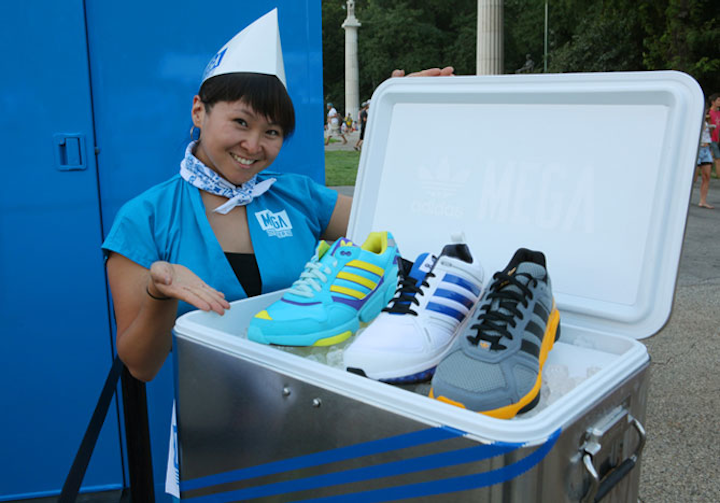 At the Adidas Mega Shoebox, staffers dressed like waitresses from a '50s diner. Sneakers were displayed in everything from cake stands to ice boxes, and guests could place orders on the spot.
Photo: Barry Brecheisen for BizBash 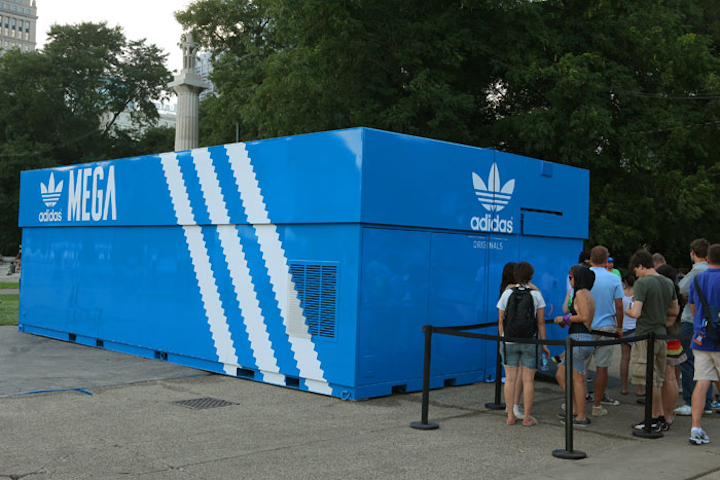 Lines formed outside the Adidas activation, where a small interior could only accommodate a handful of guests at a time.
Photo: Barry Brecheisen for BizBash 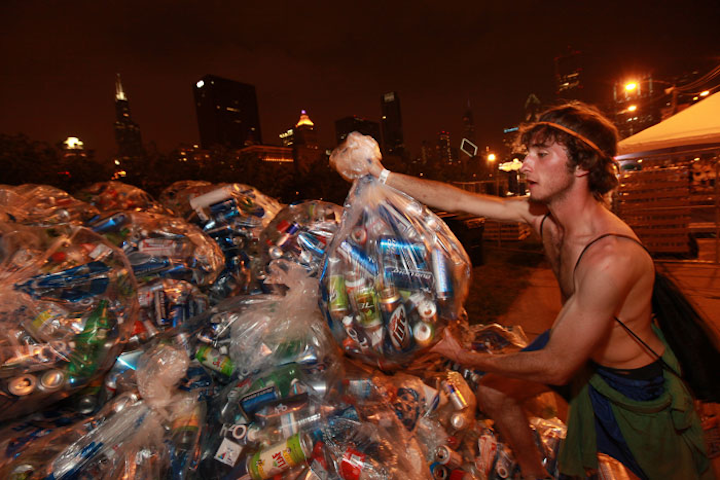 At designated Rock 'n' Recycle Stations, guests could pick up bags with which to collect empty cans. When they returned the bags full, staffers rewarded them with limited-edition Lollapalooza T-shirts.
Photo: Barry Brecheisen for BizBash 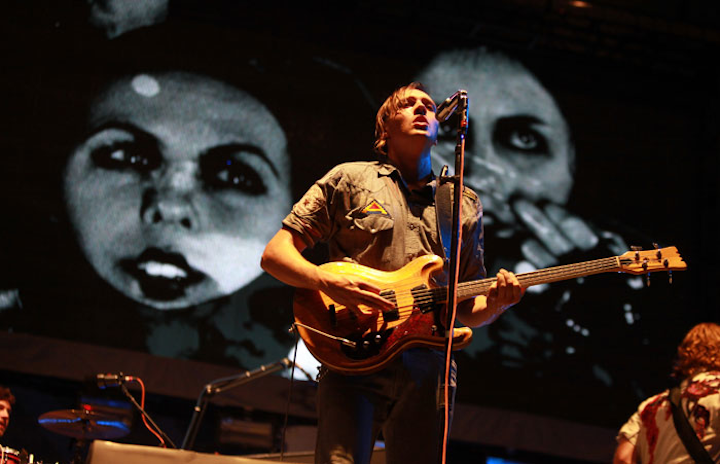