The Sony Ericsson Open tennis event continues in Miami through April 1, but one of the biggest draws already took place off the court: a two-part fund-raiser hosted by Tony Bennett. On March 19, Bennett paired up with Miami businessman and philanthropist Sean Wolfington for an afternoon tennis event followed by an evening gala, with both events supporting Bennett's Exploring the Arts Foundation.

Held at the Vizcaya Museum and Gardens, the 400-person gala began at 7 p.m. with a meet-and-greet in the venue's courtyard, followed by a one-hour cocktail reception on the south terrace facing the garden. As night fell, the party moved over to the other side of the building, where producer Javier Velarde of Triton Productions worked with Atmosphere Lighting to design a dramatic backdrop for dinner, followed by Bennett's live performance.

"Sometimes when you go into a venue, you want to bring in all kinds of things in to transform it," said Velarde. "But when you go in somewhere like Vizcaya, all you have to do is make sure you light it well."

The team uplit the entire museum facade with low-profile LED lighting, alternately bathing the premises in shades of blue and purple throughout the evening. On stage, six additional lighting units provided additional background imagery, shooting beams of light upward into the sky.

"It looked like the Batman signal lighting up the sky," said Velarde. "It provided a truly dramatic backdrop without actually bringing in a backdrop." 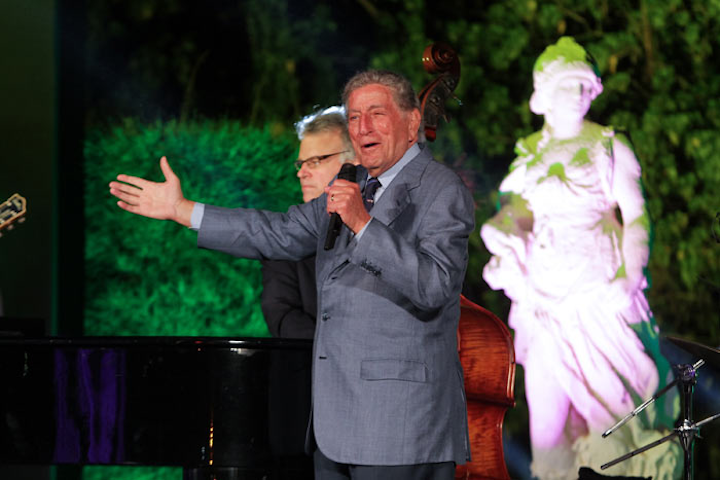 The highlight of the evening was a live performance from Bennett himself.
Photo: John Parra/Getty Images for Tony Bennett 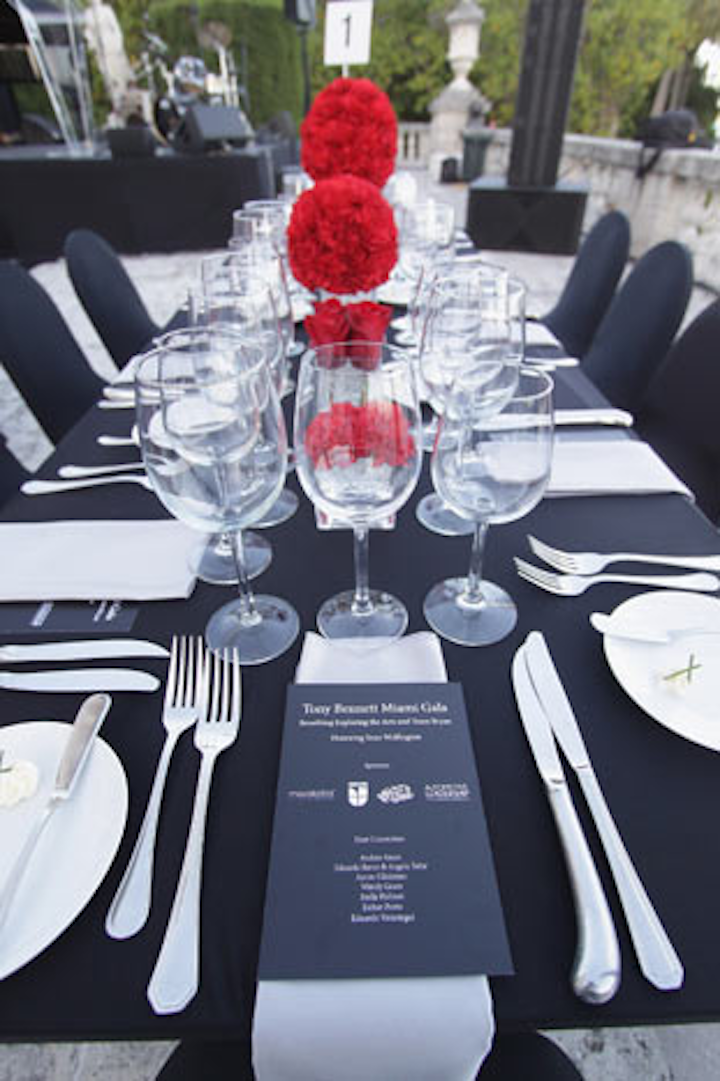 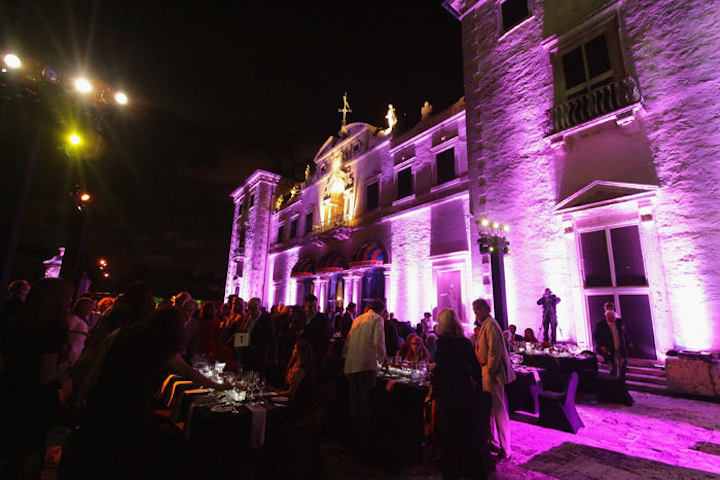 The facade of the museum was bathed in alternating shades of LED lighting, setting a dramatic background for dinner.
Photo: John Parra/Getty Images for Tony Bennett 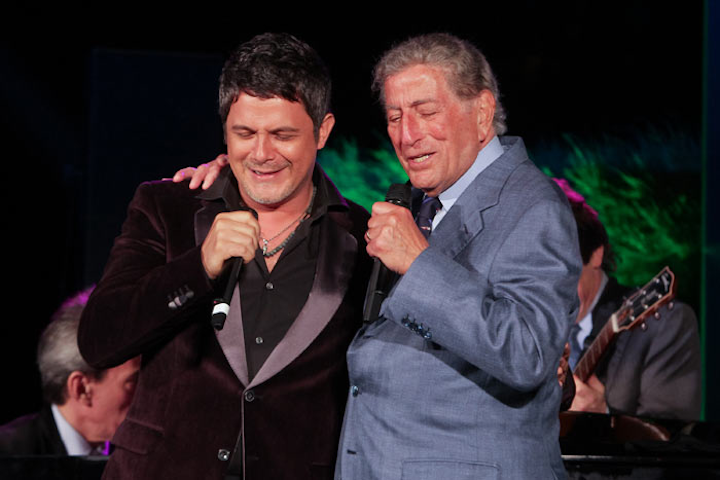 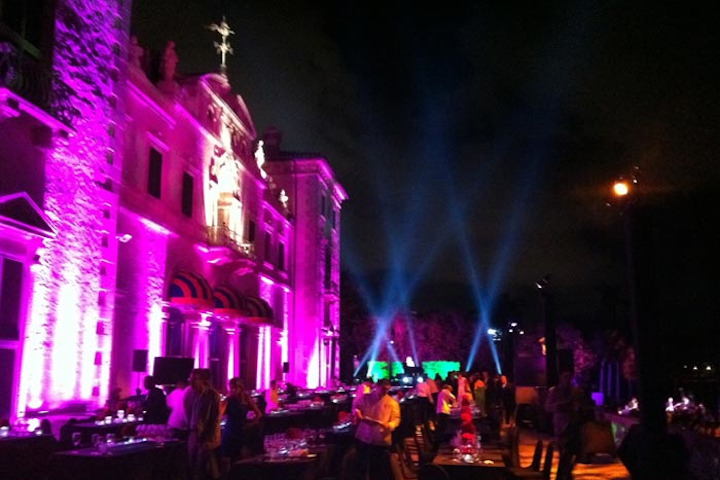