How a Music Festival Managed a Serious Attendance Boom

III Points Festival, only in its second year, has developed a niche with its unique blend of art, technology, and music. The proof? About 14,000 came to the Wynwood festival October 10 to 12, a serious boom in attendance from the 3,000 attendees its first year.

Festival co-founder Erica Freshman and her team were prepared for the spike and evolved their vision for the festival's second installment. This year, III Points incorporated more venues for its event schedule, as well as adopted a new home base, Soho Studios.

"We envisioned the festival to be malleable," Freshman said. "We wanted to stretch our imagination and not be tied to one location. This year Soho Studios felt like the right choice, with multiple areas for staging, while still offering the warehouse atmosphere."

The festival also added familiar food vendors such as Shake Shack, Pinkberry—which offered stage-side frozen yogurt delivery—Panther Coffee, and Coconut Cartel, which served cocktails in coconuts. "We wanted brands that reflect the essence of III Points [and] were comfortable to be a vendor within an art installation," Freshman said. 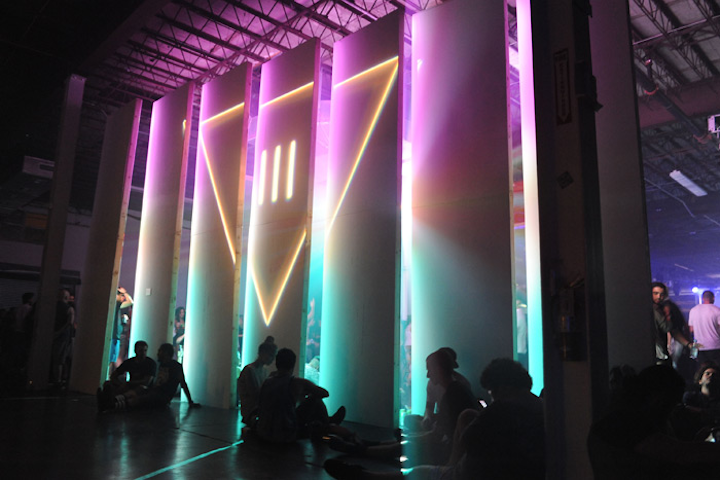 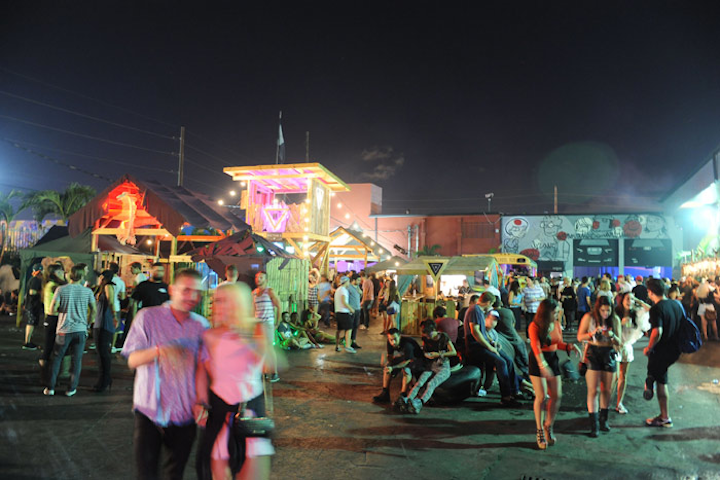 Vendors and art installations came together to provide a unique festival grounds. The space was dubbed the "S3ctor 4 Courtyard."
Photo: World Red Eye 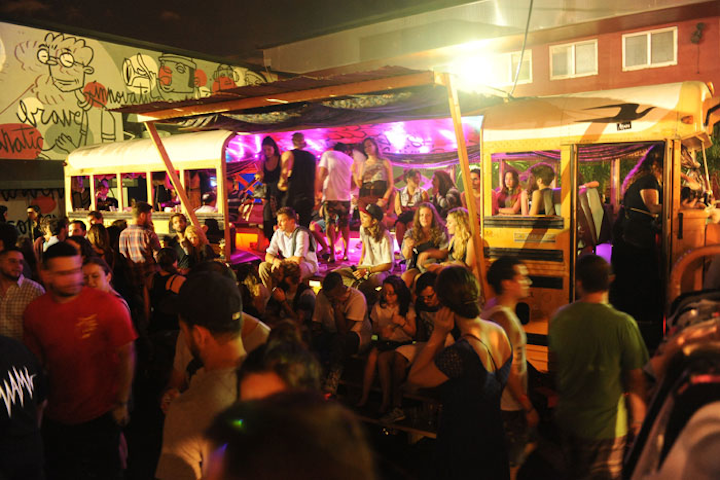 An interactive art installation, a retrofitted school bus doubled as a lounge for attendees in the courtyard.
Photo: World Red Eye 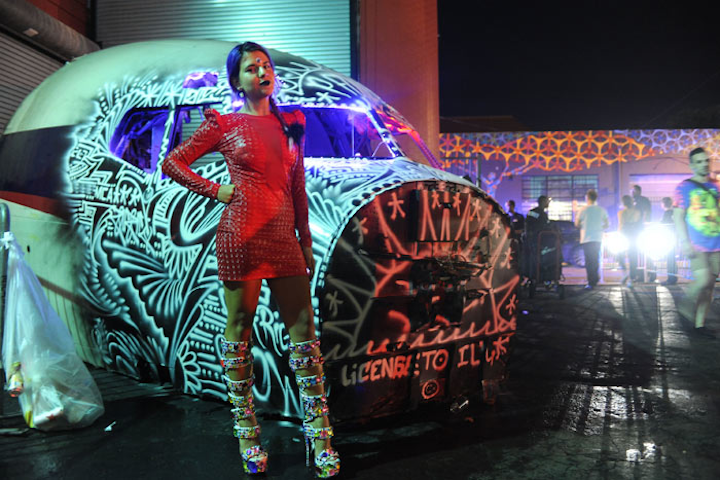 Makeup by Aileen glitter artist Aileen Quintana posed in front of an installation in the courtyard.
Photo: World Red Eye 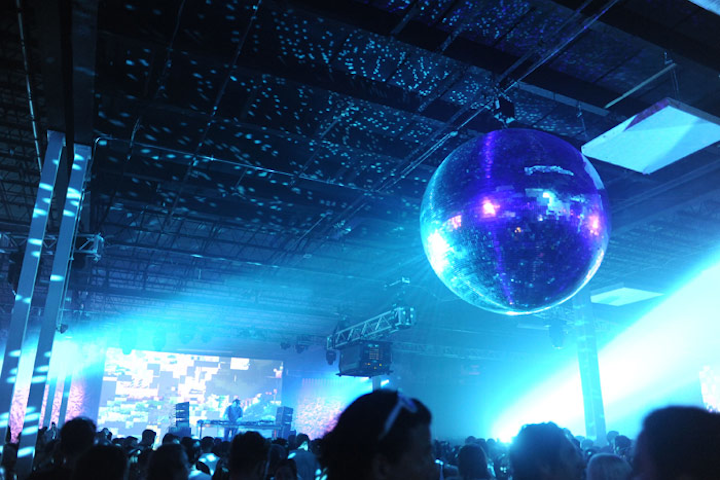 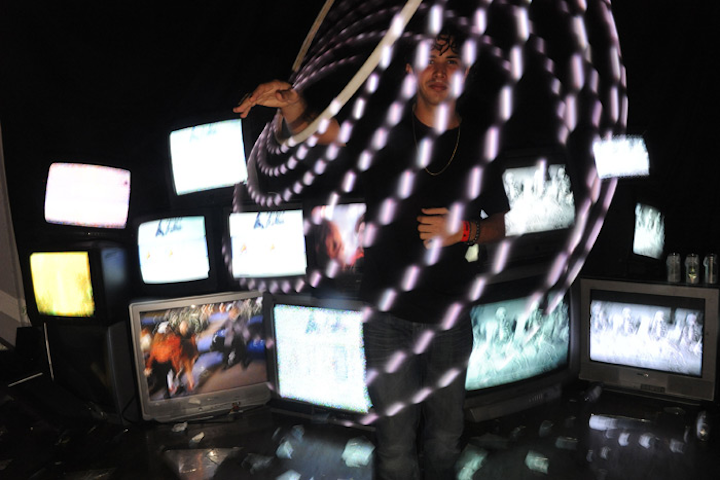 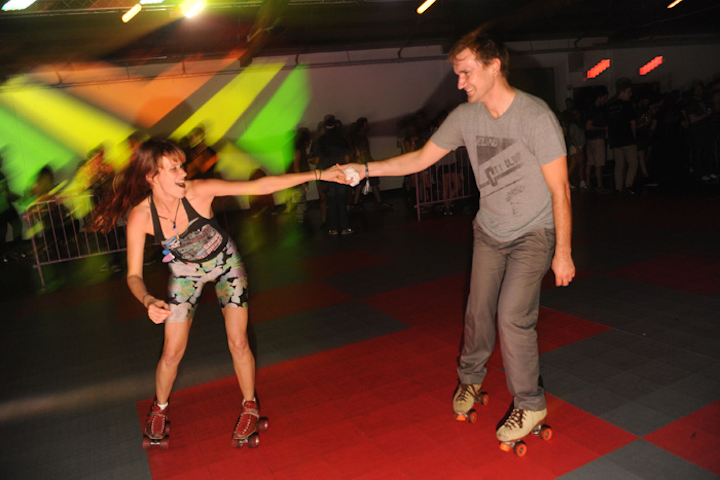 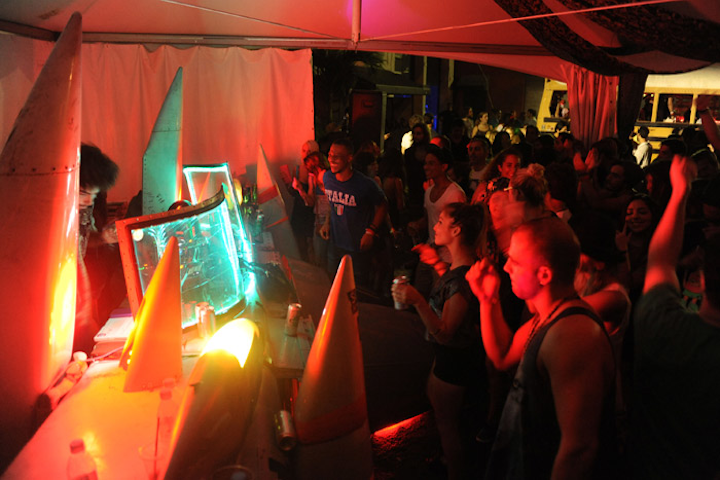 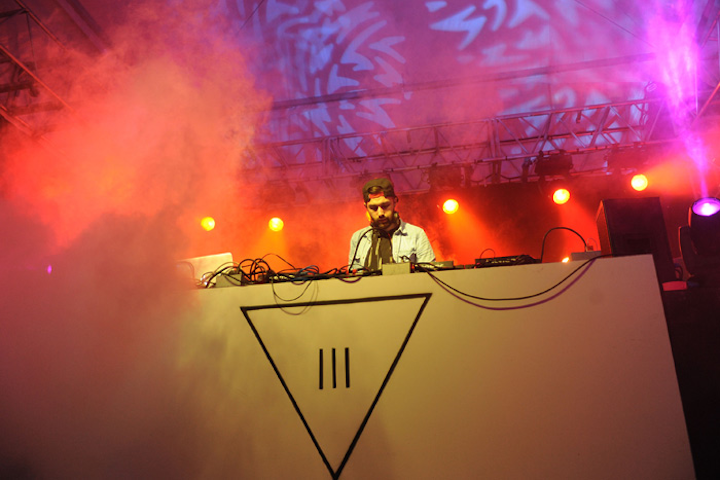