Why Tennis and Food Make a Winning Event Combination

Event company AYS plans to expand its successful Taste of Tennis concept into a national tour.

Before several tennis stars suited up for the Miami Open, they donned aprons and prepared dishes alongside several top local chefs as part of the first Taste of Tennis event in Miami. The new event was an extension of the Taste of Tennis brand, which event creator and producer AYS plans to spread through a nationwide tour.

AYS launched the idea in Philadelphia in 1999 with a small event that tested the concept. The next year it moved to New York and took place just before the U.S. Open—and it has continued for the past 15 years. Now the event is entrenched in the calendar leading up to the tournament, though it is not an official U.S. Open event.

In 2016, AYS plans to produce Taste of Tennis in both New York and Miami as well as two other cities in the United States. Penny Lerner, C.E.O. of AYS, says she is scouting various culinary scenes and meeting chefs, but declined to reveal the cities under consideration. One deciding factor is choosing locations where players tend to arrive a few days early so the event can take place “a little bit before they’re in their player mode.”

“The hope is to have some of these players continue with us and make it a stop on their tour schedule,” Lerner says. “At Taste of Tennis, players engage with the chefs, learn who they are, and engage with the food.”

Over the years the event has drawn names such as Serena Williams, Rafael Nadal, and, at the March 28 event in Miami, Caroline Wozniacki and doubles legends Bob and Mike Bryan. Chefs have been just as willing to sign on, with participants including Mario Batali, Marcus Samuelsson, and most recently Andrew Carmellini in Miami, whose restaurant the Dutch has a location at W South Beach, which hosted the event. About 650 people attended the New York event last August, and Miami drew about 320. Next year, Lerner says she expects to grow the event footprint and increase attendance to about 500 guests.

The success of the concept shows the strength of tennis tournaments in reaching affluent consumers and luxury brands, as well as a booming interest in culinary events. Sponsors have also contributed to the success, including presenting sponsor Citi and host W Hotels.

“In order to play tennis you have to watch the food you’re eating. And to be a good chef you have to be diligent about what you put in your food,” Lerner says. “Tennis players met the chefs and loved them, and the chefs started playing tennis.”

The tour is not the first time AYS expanded the event. It brought Taste of Tennis to Melbourne, Australia, before the Australian Open from 2009 to 2013, but according to Lerner the logistics of operating an event halfway around the world became too complicated. The experience, though, taught AYS about customizing the event for each host city. The New York event is inside and has a fairly structured schedule, Lerner says, while the Miami event took place poolside and had a more relaxed vibe.

“Having successfully produced the event 19 times on two continents, and given the amazing culinary and tennis scene in South Florida, we felt that Miami was a perfect fit,” Lerner says. 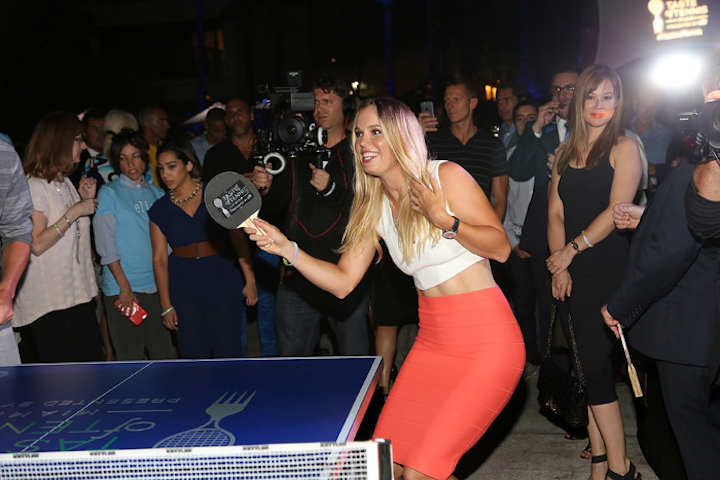 Tennis star Caroline Wozniacki was among the guests to take a turn at the ping-pong table.
Photo: Alexander Tamargo/Getty Images for AYS 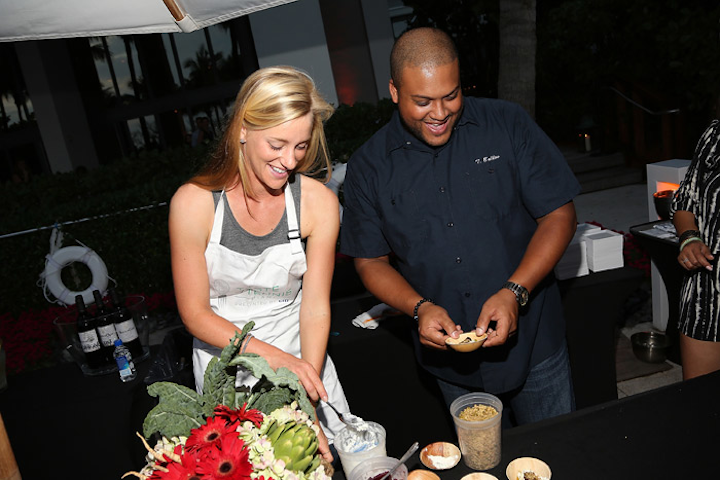 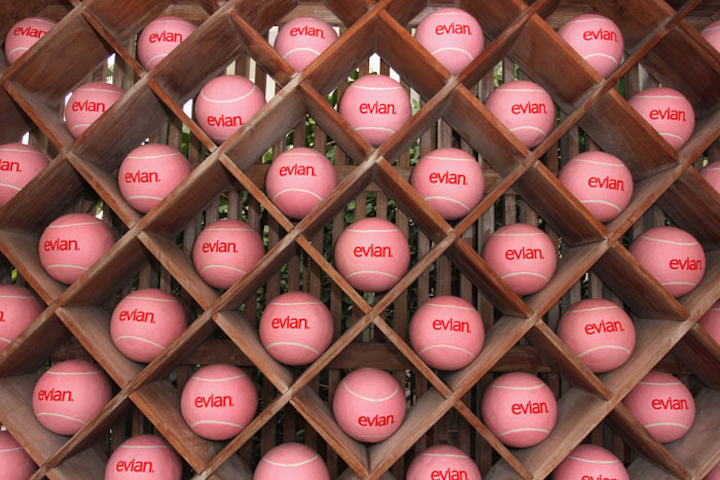 Decor at the event included a wall of oversize tennis balls with the Evian logo.
Photo: John Parra/Getty Images for AYS 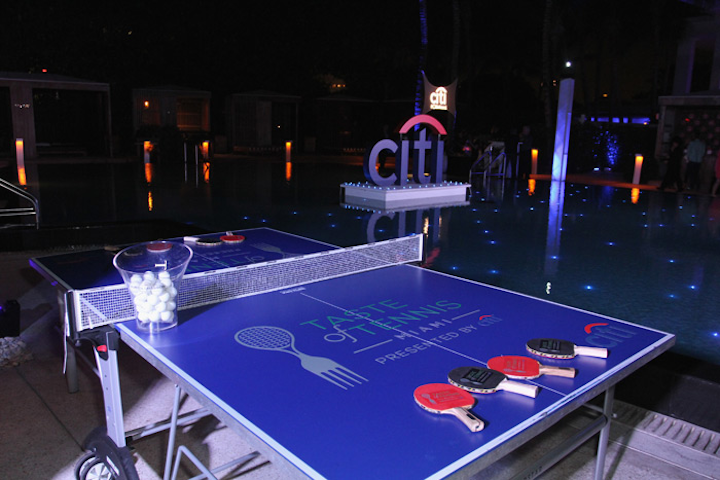 A ping-pong table had the event logo—a tennis racquet fused with a fork—as well as presenting sponsor Citi's logo. There was also a 60-foot blue carpet for arrivals.
Photo: John Parra/Getty Images for AYS 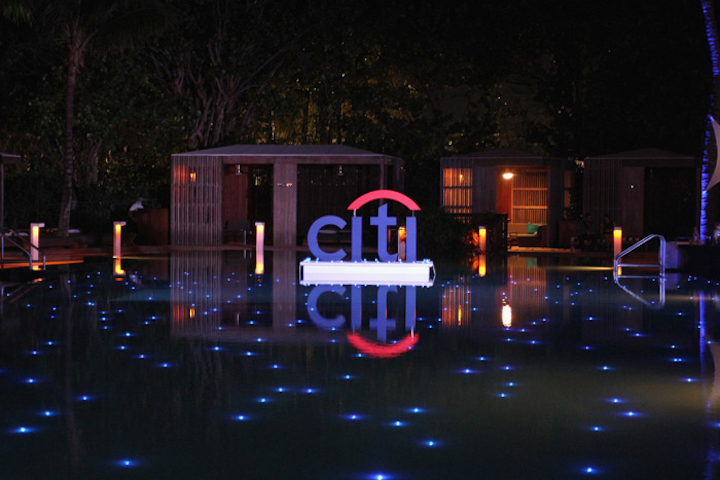