For a real estate launch party in Miami, the focal point was a giant disco ball, which posed some logistical challenges for producers.

Bigger was better at the glitzy sales launch event for the mega real estate development Paramount Miami Worldcenter. And the star that the event revolved around was a massive disco ball hoisted high above the outdoor space.

“We wanted the entire town to know this was going on,” said Javier Velarde, executive producer and creative director of Triton Productions, which designed and produced the April 18 event. “Everyone knew how to get there because they just followed the light.”

The idea for the globe-like disco ball—a fun play on the development’s name—came before the team at Triton found the piece itself. An initial search of rental companies turned up only eight-foot and 10-foot models, but that wouldn’t have been large enough. Dana Cyboski, the production firm’s director of design, found the answer: a disco ball with a 20-foot diameter from Salt Lake City-based artist Derek Dyer. Dyer created the piece for his hometown’s New Year’s Eve celebration in December and had just days before created a website offering it for event rental. He bills it as the largest disco ball in the country.

Planning the logistics of getting the ball in place for the event was a challenge. The disco ball, which consists of more than 1,000 mirrors and weighs 2,500 pounds, arrived in Miami via truck, along with a small crew who assembled it over three days.

The day before the event, which took place at the parking lot of the downtown development’s sales center, a giant crane slowly hoisted the disco ball into the air and then raised and lowered it to determine the perfect height. That turned out to be 47 feet from the floor to the bottom of the ball—high enough to be seen from the highway but low enough to impress guests.

A crane operator had to be on site any time the disco ball was in the air, which meant it came down after the initial tests and was raised for good at 5 p.m. the day of the event.

The stunt created the desired effect: The first 500 people who showed up to the event weren’t on the invite list, Velarde said. The event drew 1,500 people, as well as numerous gawkers from neighboring residents who watched from their balconies as light from the disco ball bounced off their buildings.

“There are a lot of real estate parties in Miami,” Velarde said, “but this was a big one.” 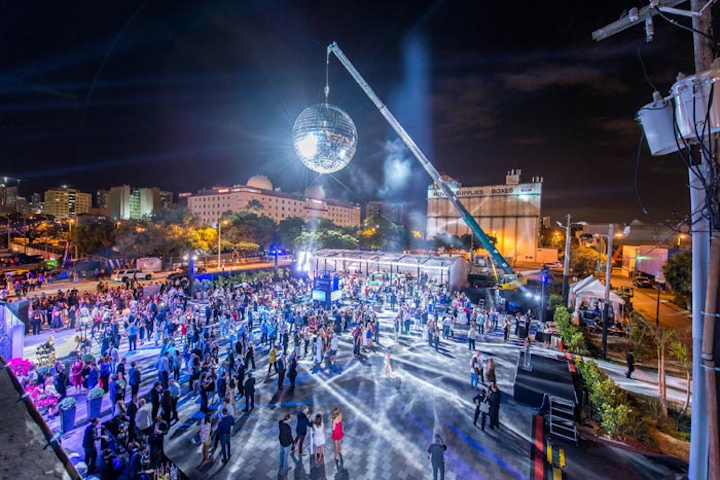 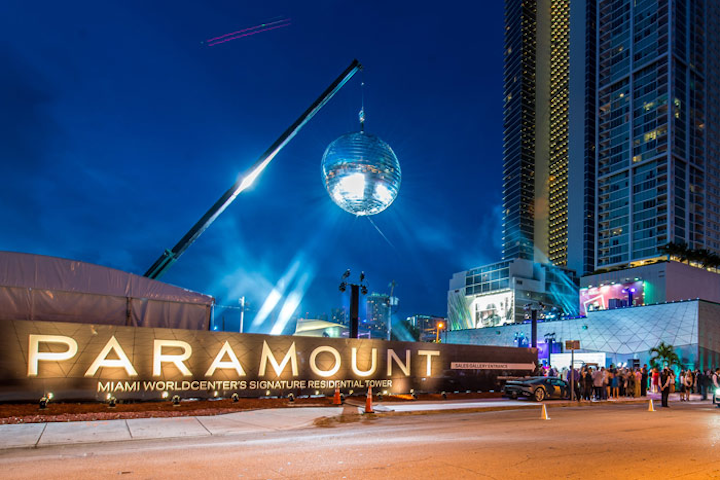 Guests arriving to the event had no trouble finding it thanks to the massive disco ball overhead. Powerful Synchrolites that reflected off of the disco ball also marked the spot.
Photo: Ra-Haus Fotografie LLC 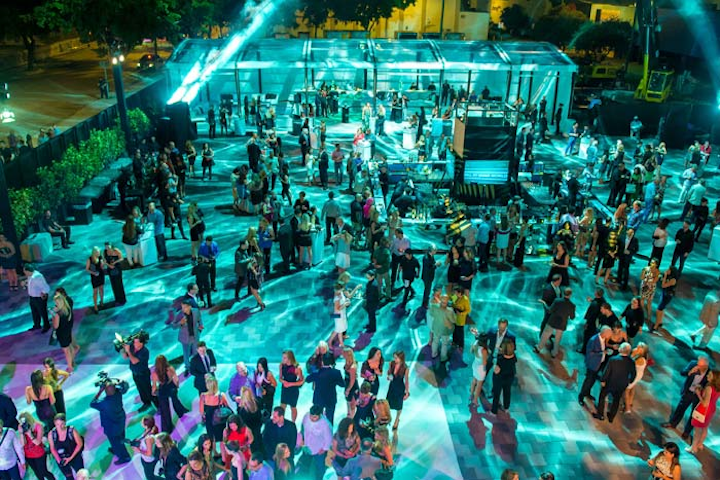 The outdoor event took place in the development's sales center parking lot with a clear tent in place in case of rain. Since it was a clear night, the tent served as a lounge.
Photo: Ra-Haus Fotografie LLC 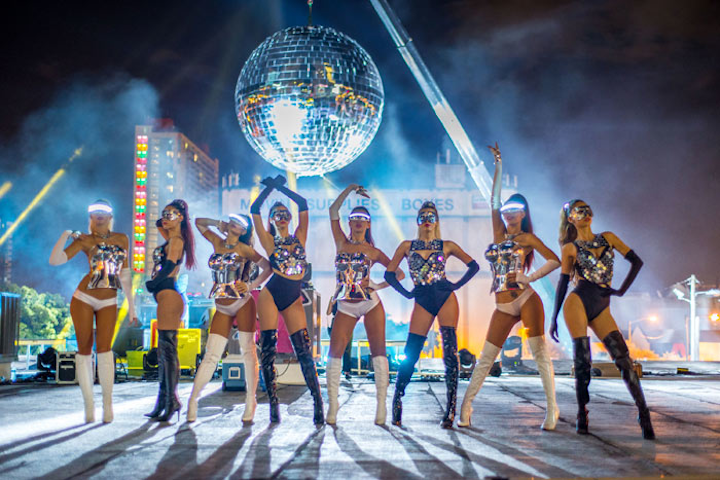 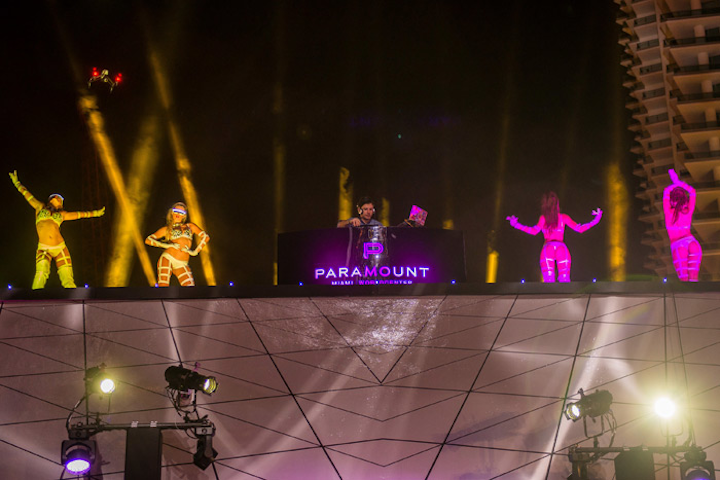 The DJ booth was set up on the roof of the sales center.
Photo: Ra-Haus Fotografie LLC 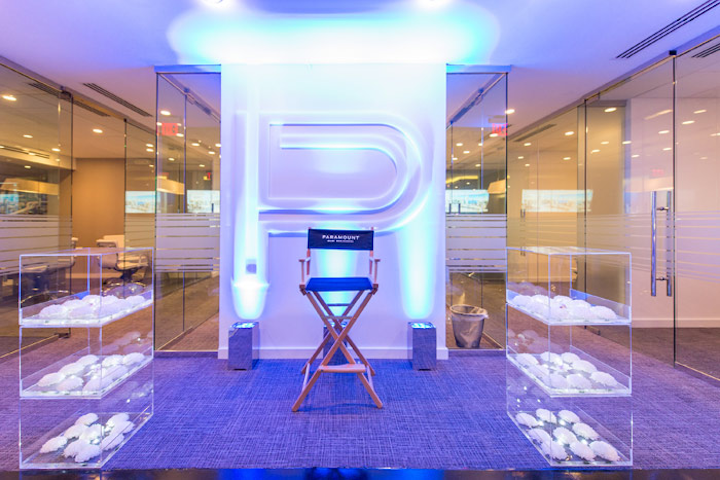 The sales center itself had black and white decor and a clean design.
Photo: Ra-Haus Fotografie LLC
More in Miami / South Florida