After an editorial poll determined that literacy and education were the causes that mattered most to its audience, Reader's Digest organized its first-ever "Make It Matter Day" on Saturday, a national volunteer drive designed to emphasize reading and writing among children and adults. As a follow up to the 150 public gatherings that took place at libraries, schools, and Y.M.C.A.s across the country, the family-oriented magazine produced a private event on Sunday morning for its advertisers and members of the Boys & Girls Clubs.

Starting at 9 a.m., more than 275 parents and children—120 of whom were from the Boys & Girls Club—crowded into the library for a three-hour program that included live readings from Julianne Moore and R.L. Stine as well as an area where kids could dress up as their favorite book characters. LitWorld and RealeBooks offered one area for kids to write and illustrate books to send to Africa, while another encouraged attendees to write a postcard to a new pen pal. In addition to providing an educational opportunity for guests, the event also served as a platform for Reader's Digest to draw attention to its image shift.

"The new marketing team was really brought on to change the perception of the magazine," said Johnson. "Peggy Northrop, the editor in chief, came from More magazine and has done a really great job in modernizing it and keeping content that's true to Reader's Digest, but making it more relevant and showing that it still has a place. We have added on to that by trying to show that Reader's Digest is here to stay—it is modern, it is relevant, and it is not stodgy and old. We reach 35 million people for a reason."

Reader's Digest plans to make "Make It Matter Day" an annual event, and has already started planning next year's incarnation. 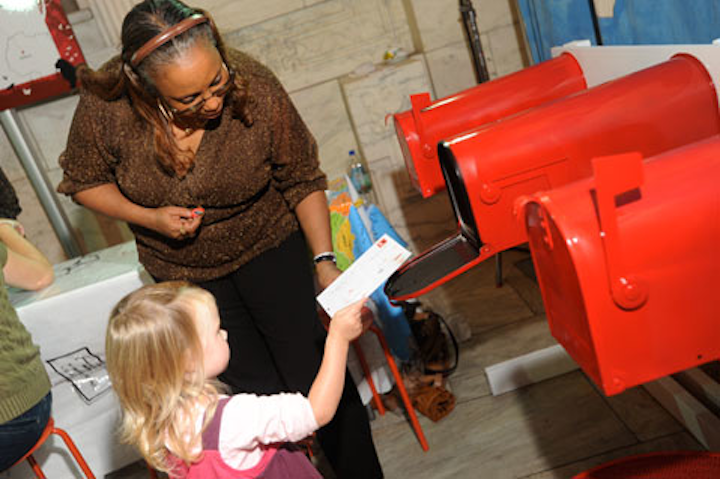 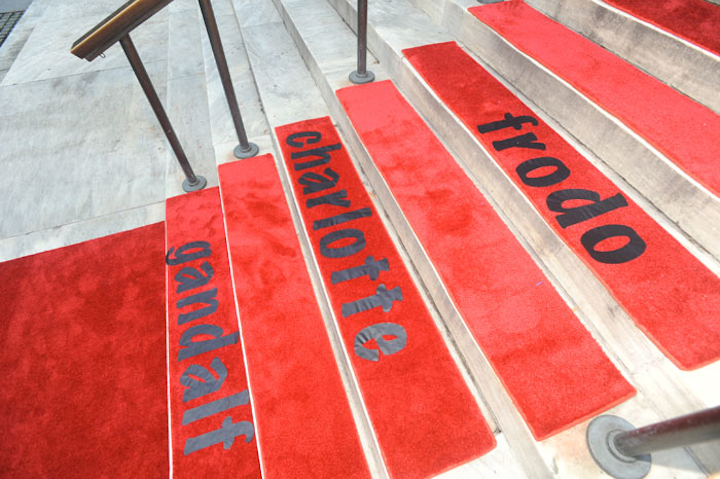 At the entrance to the library, the production and design team marked a red carpet with the names of famous book characters.
Photo: Elena Olivo 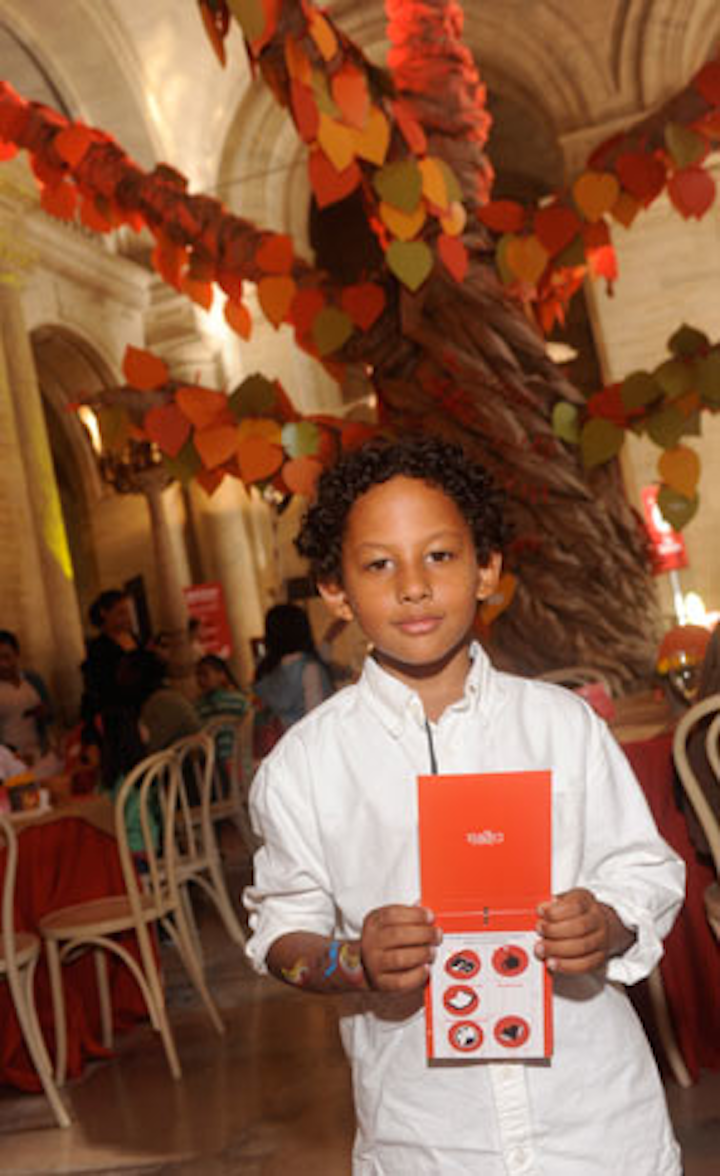 Each child was given a badge for the event, which held schedule details as well as a place where kids could mark off which stations they had visited.
Photo: Elena Olivo 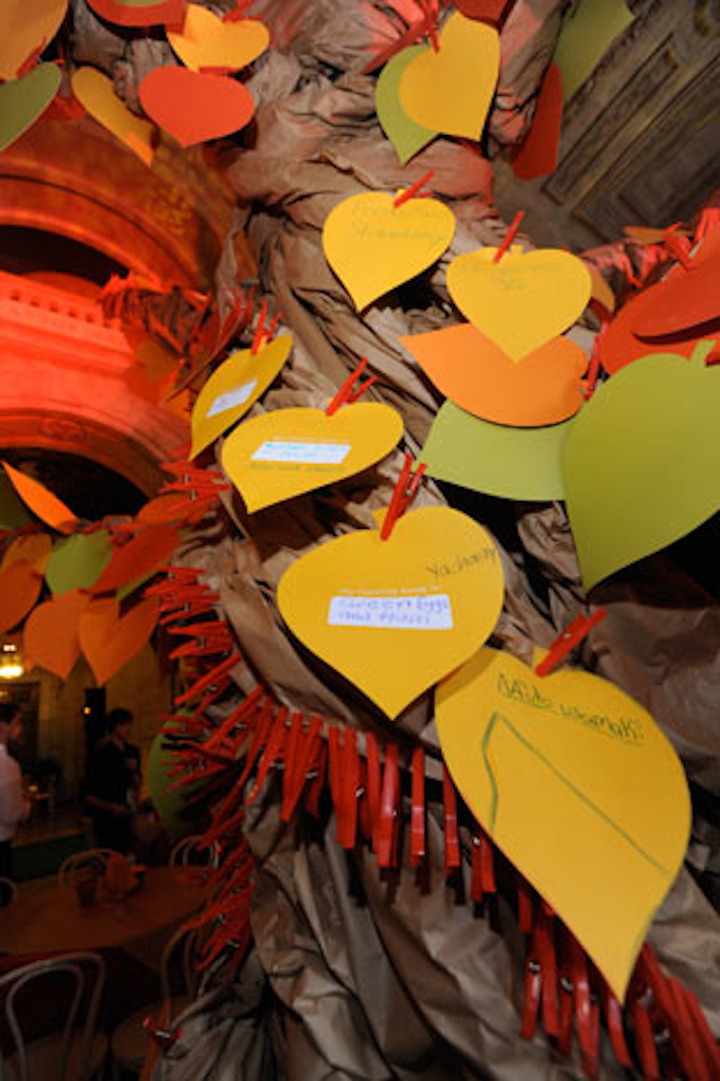 A 14-foot-tall tree stood at the center of Astor Hall, and Reader's Digest invited guests to write the title of their favorite books on leaf-shaped pieces of paper.
Photo: Elena Olivo 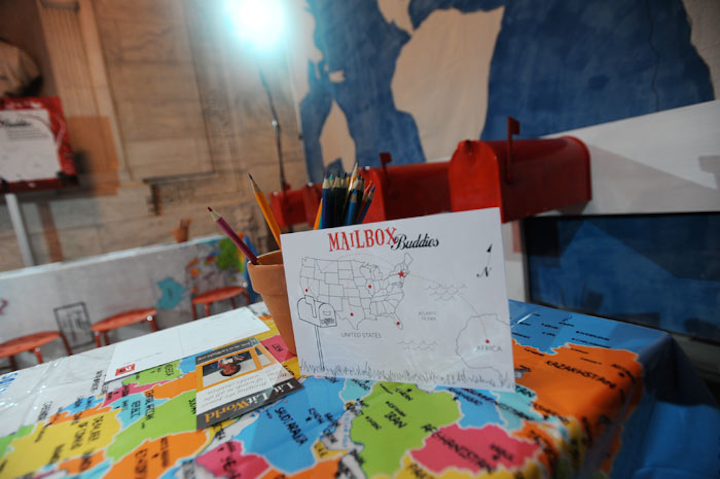 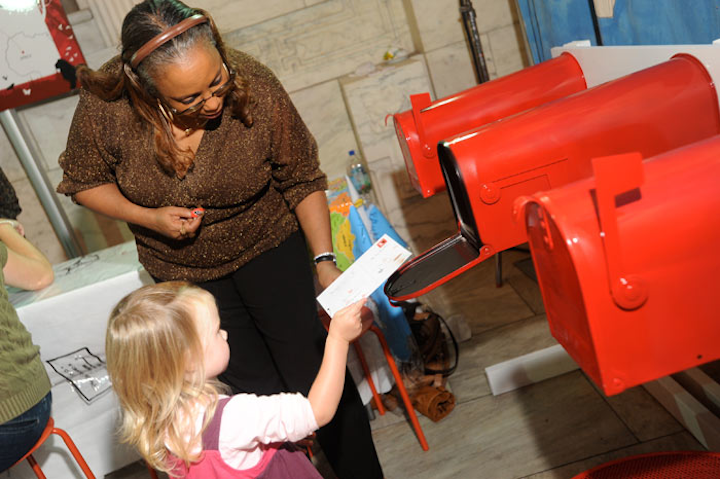 To give the postcard station a fun, interactive element, the organizers created a line of bright red mailboxes to hold completed postcards.
Photo: Elena Olivo 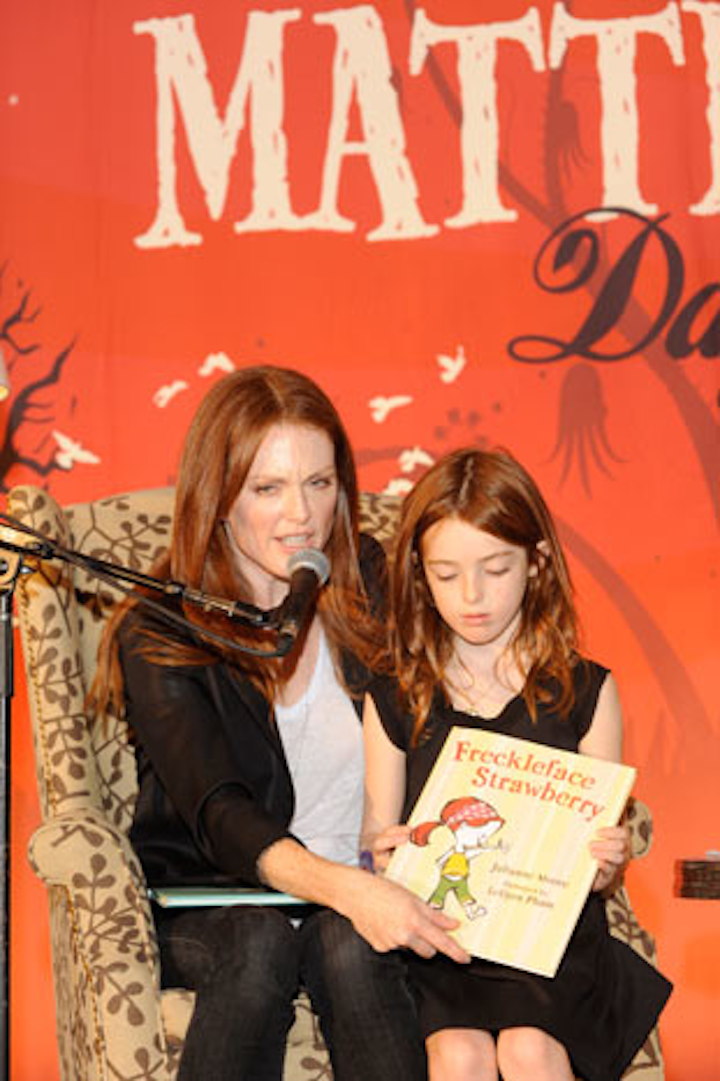 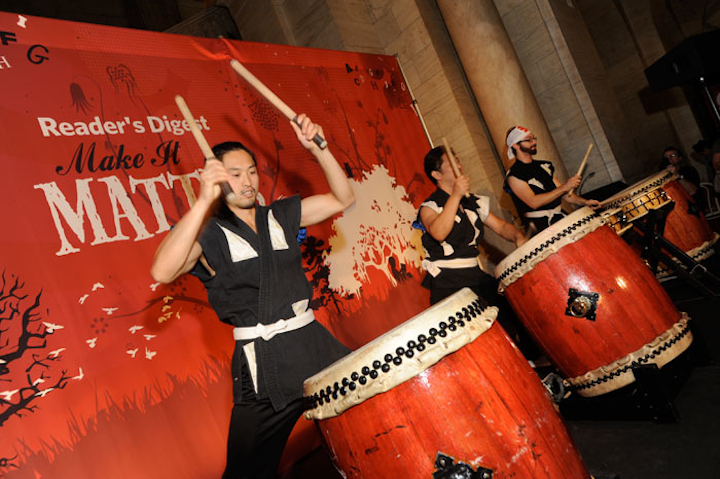 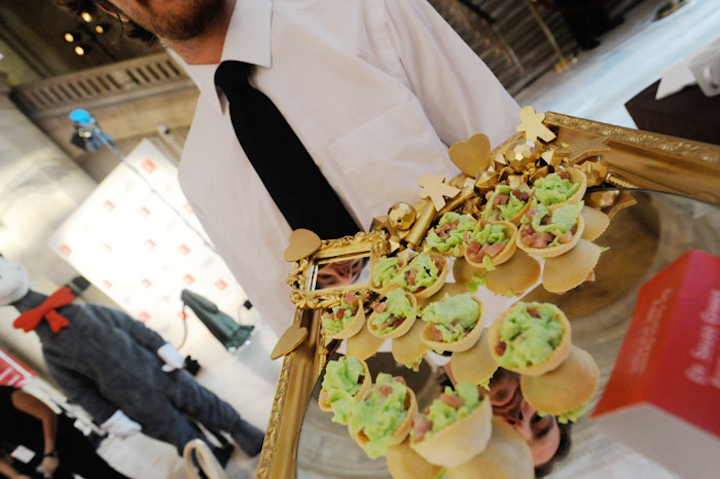 Taste's selection of food included green eggs and ham served in mini quiche cups (pictured), a candy buffet inspired by Alice in Wonderland, and an "If You Give a Mouse a Muffin" bar.
Photo: Elena Olivo 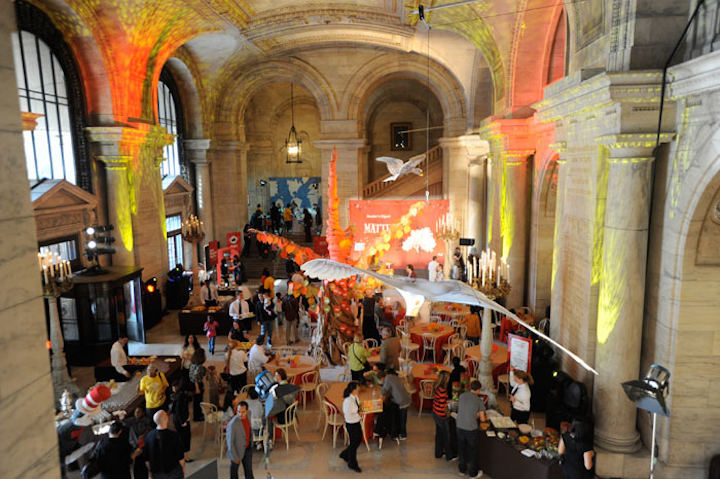 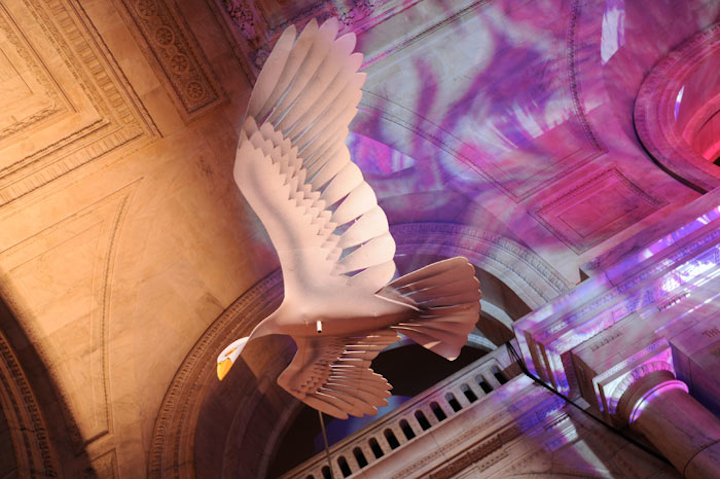 Although the event contained a number of large visual elements, each piece was easily dismantled so the production crew could load-out before the library opened at 2 p.m.
Photo: Elena Olivo
More in New York City & Tri-State Area