While Toyota's Prius models are still under investigation for safety-related defects, the Japanese automaker's luxury division, Lexus, held a heated discussion of its own to introduce the latest hybrid vehicle. Pitted against each other in a debate made less somber by the presence of moderator Sarah Silverman, author and renewable energy advocate Amanda Little traded playful jabs over environmental issues with filmmaker and global warming skeptic Phelim McAleer.

Staged by Lexus as a provocative way to drum up enthusiasm for the new CT 200h, the Tuesday night press event at Skylight West preceded the official launch of the car at the New York International Auto Show on Wednesday.

The concept for the event, dubbed "The Darker Side of Green," wasn't just a ruse for the one-off gathering, but rather part of a larger integrated marketing plan for the hybrid that incorporates an interactive online short film and a booth at the Auto Show made from recycled and repurposed materials. The intent is to target to a wide consumer base, not just avid environmentalists.

"Lexus hybrid vehicles have been designed to appeal to both the eco-minded and those unwilling to compromise on luxury and style," said David Nordstrom, Lexus's vice president of marketing. "We thought the Darker side of Green debate was an intriguing way to express this multifaceted appeal of the new CT 200h."

In that spirit, the 800-strong crowd at the pre-launch included a diverse array of media outlets—those that cover automotive, celebrity, lifestyle, and environmental news—as well as fashion industry folks and notable names like Kevin Bacon, Kyra Sedgwick, Zach Braff, and Run D.M.C.'s Rev. Run, Joseph Simmons. The debate touched upon numerous areas, too, ranging from global warming and the plight of the polar bear to China's development of new clean energy technologies. Drawing cheers and boos from the rowdy guests, Little and McAleer referred to the car during the course of the night, while Silverman maintained a playful atmosphere with questions like, "Why do you hate the polar bear, and what is your level of disdain for puppies and kittens?" 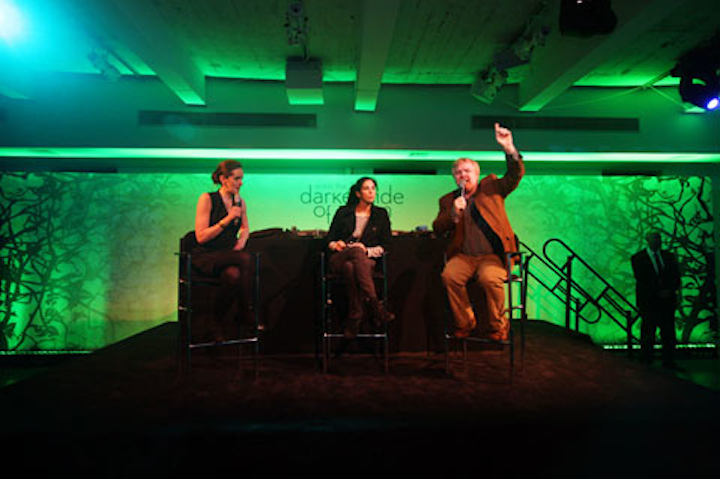 The lively debate at the pre-launch for the latest Lexus hybrid car
Photo: Keith Sirchio for BizBash 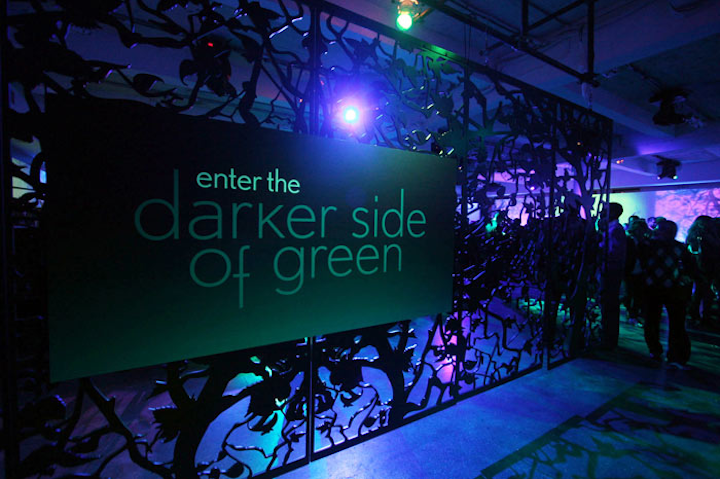 George P. Johnson, the event's producer and the company responsible for the design of the Lexus booth at the Auto Show, covered the space in decor that would match the concept.
Photo: Keith Sirchio for BizBash 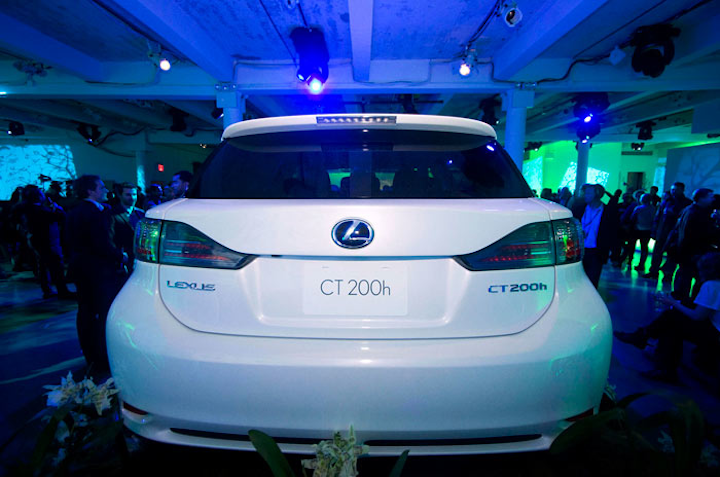 Naturally, the new Lexus CT 200h was on display at the event, sitting atop a podium bedecked with succulents and moss.
Photo: Keith Sirchio for BizBash 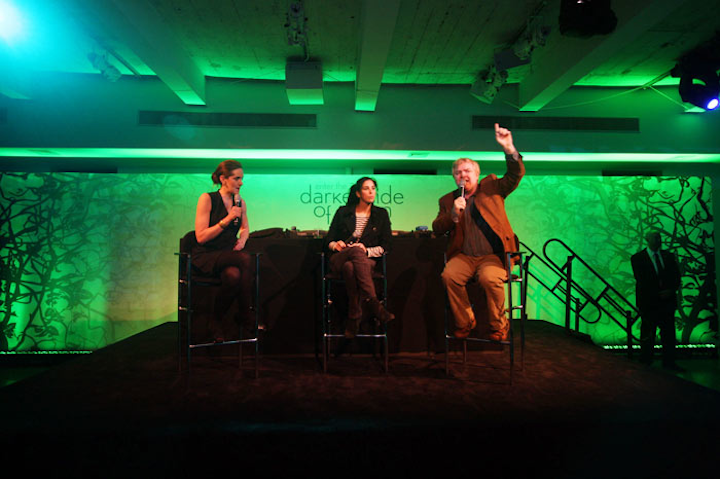 The lively debate touched upon numerous topics, from global warming to the benefits and pitfalls of clean energy technologies. Silverman kept the discussion lighthearted with questions like, "Should we start harnessing other natural gases and, if so, should I call my dad?"
Photo: Keith Sirchio for BizBash 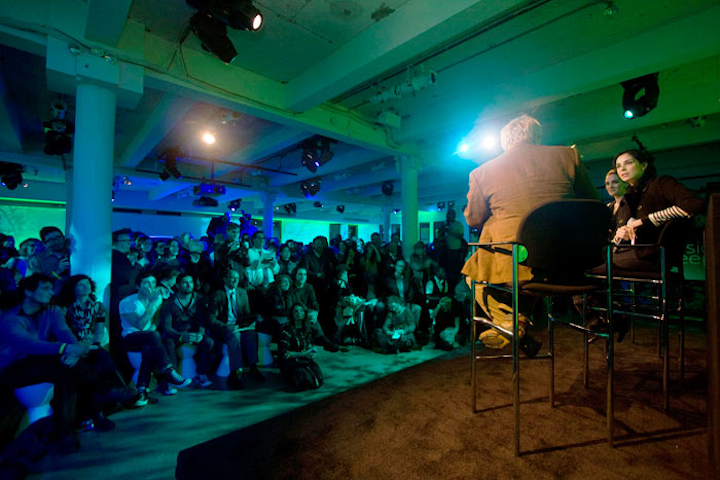 The event's rowdy crowd cheerfully booed and clapped throughout the debate.
Photo: Keith Sirchio for BizBash 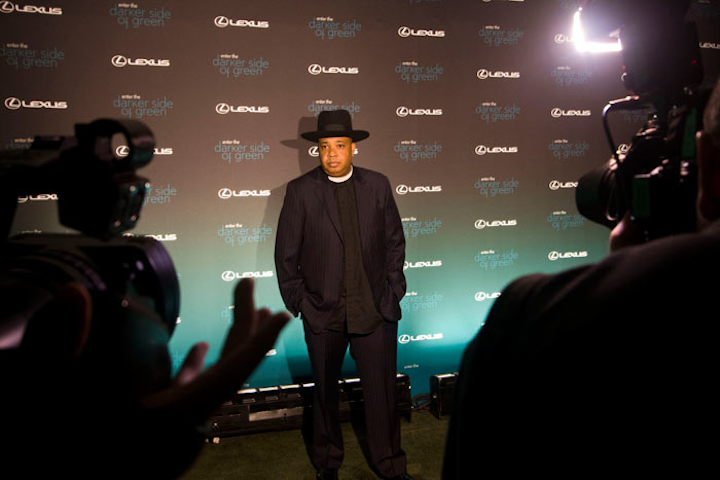 Key to the automaker's marketing approach for the new vehicle is reaching out to a broad demographic. The event provided a platform to mix environmental advocates with celebrities like Rev. Run and guests from the fashion industry.
Photo: Keith Sirchio for BizBash 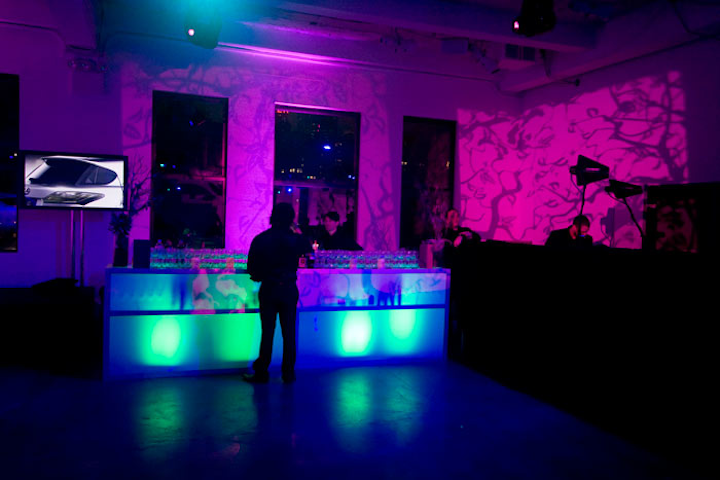 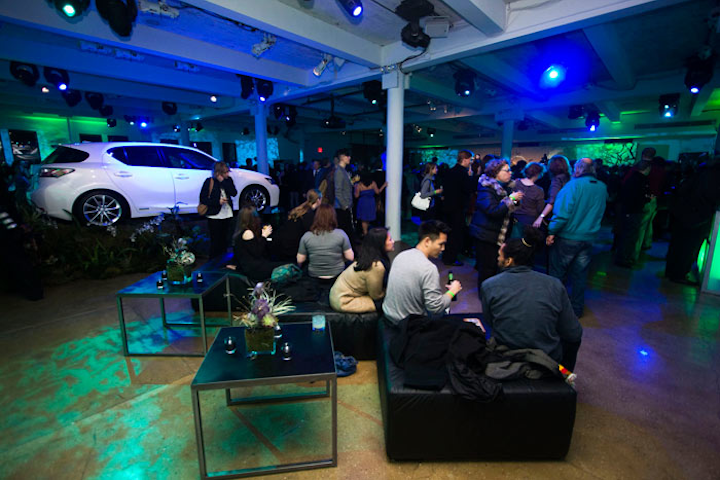 Primarily in Skylight West's sixth-floor space, the event was structured like a cocktail reception, with lounge furniture and no dedicated seating in front of the stage for the debate.
Photo: Keith Sirchio for BizBash 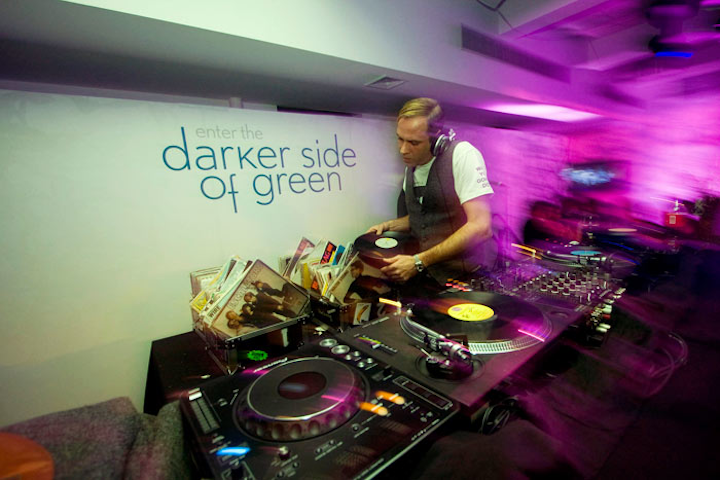 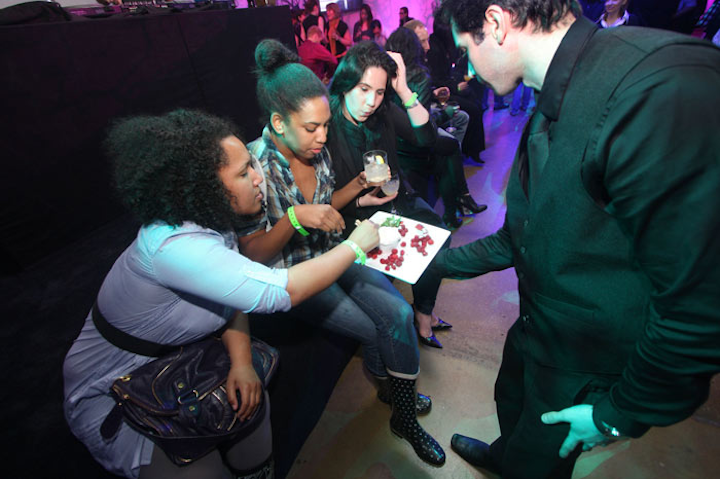 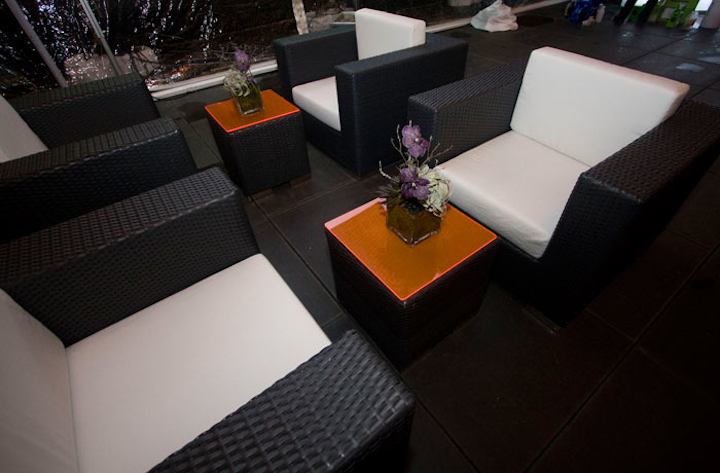