After years of testing the waters of Manhattan with multiple pop-up shop concepts, Target finally found a permanent spot at Harlem’s East River Plaza shopping center. To toast the latest brick-and-mortar locale, its first in Manhattan, the Minneapolis-based retailer hosted what it dubbed as a block party on Tuesday, inviting prominent locals to a soiree that incorporated the culture and heritage of the neighborhood through food, entertainment, and decor.

From start to finish, the opening—including the marketing, branding, and planning efforts—was a year in the making, according to Mike Tooley, the account lead at Mother New York, which produced the 1,600-person debut bash with Target events specialist Melissa Hines. The creative agency was also responsible for the massive advertising campaign to introduce the new store, which entailed wrapping an entire subway train on the 6 line with decals of Bill Brown’s illustrations and erecting billboards in Times Square.

“The whole goal of the night was to throw an entertaining party celebrating Harlem,” Tooley said. “The new East Harlem store features a specially tailored selection of products and services unique to the demographics of the neighborhood and the city-dweller’s lifestyle,” added Amy Reilly, Target’s communications manager. “With the opening, Target brings more than 400 new jobs to the community, further spurring the economic growth and vitality of the community.”

Indeed, many facets of the event paid tribute to Harlem, from the Apollo Theater-style stage that held performances from the National Double Dutch League and Doug E. Fresh to the restaurant row that served food from three popular neighborhood eateries behind mock storefronts. Signs labeled with the names of famous Harlem streets helped direct guests through areas, and a portion of the proceeds from collections designed by Isabel Toledo and Stephen Burrows will benefit local charities. There was even a seven-minute video that played on the electronics wall and flat-screen televisions placed throughout the store and, according to Tooley, helped ensure a flow of entertainment while reinforcing the Harlem spirit. “The video showcases interesting residents of Harlem talking about why they love Harlem and why it’s a special place inside of Manhattan,” he said.

The video will continue to play in the store as well as in special shuttles Target has organized to transport shoppers between the 116th and 125th Street subway stations and the store. The bus service started Sunday with the store’s official grand opening and runs through August 25. 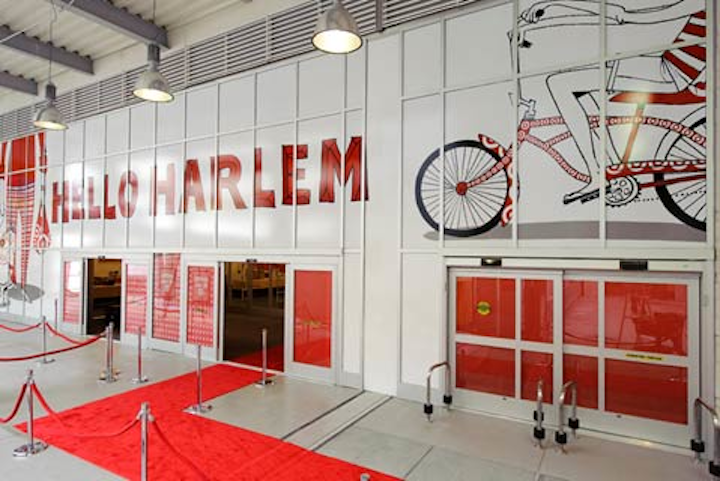 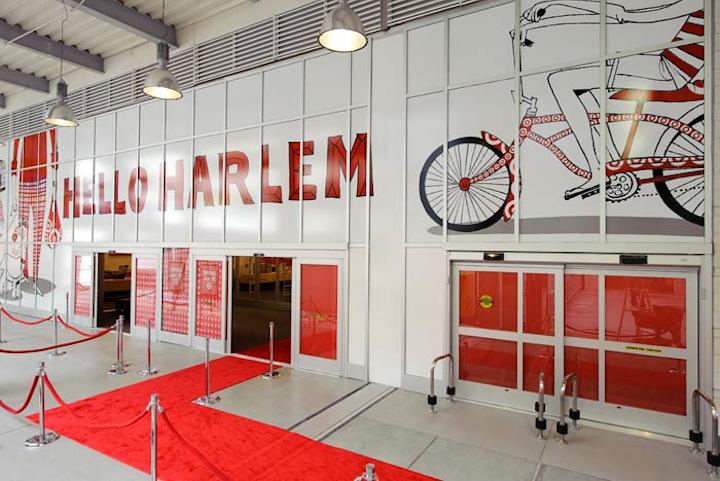 The main entrance to the store was marked with signage that read "Hello Harlem" and Bill Brown's cheeky illustrations for the advertising campaign. The large-format installation comprised 30 to 40 panels placed over the glass facade on a customized grid.
Photo: Courtesy of Target 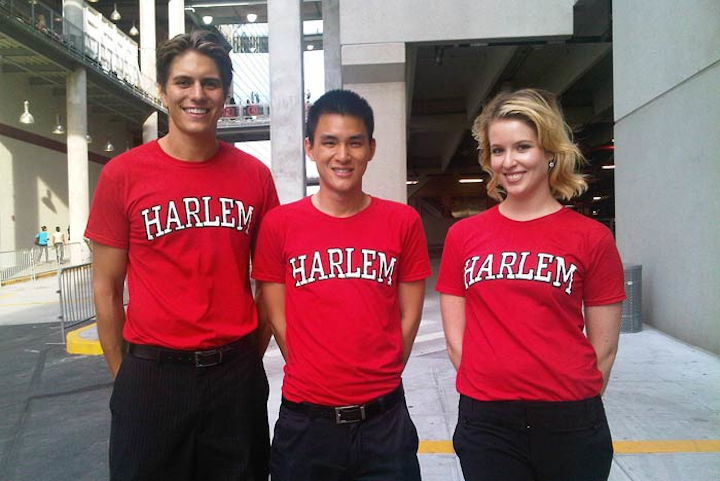 Eye5 supplied 24 brand ambassadors, who directed the flow of vehicular traffic and checked in guests. The greeters were easily identified by the red T-shirts that read "Harlem" on the front and displayed the bulls-eye logo on the back.
Photo: Jim Shi 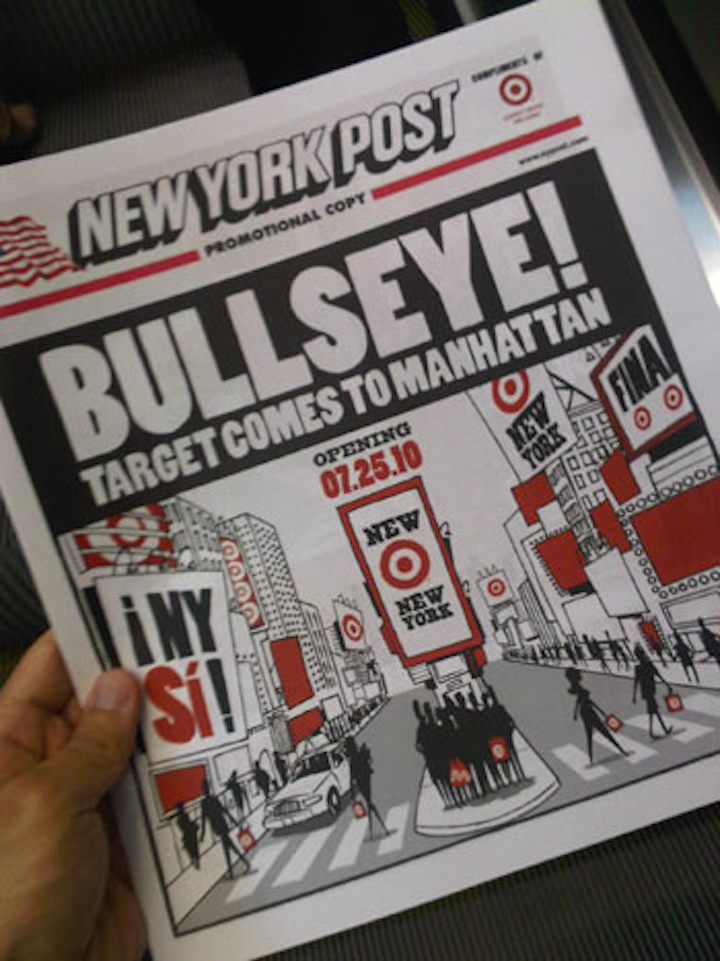 Target partnered with The New York Post and The Daily News to create special newspaper covers that announced the store's arrival. All the marketing tools, including the totes given as gift bags at the event, incorporated the work of illustrator Bill Brown.
Photo: Jim Shi 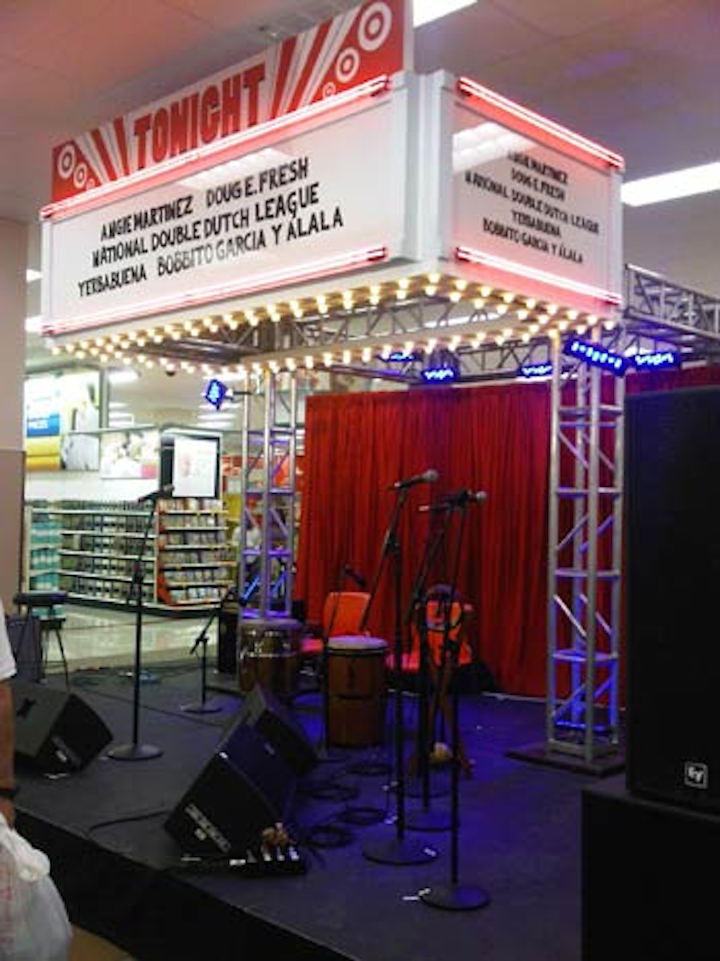 In the middle of the store, next to the bar, Target constructed an Apollo Theater-inspired stage on which a series of performances from noted Harlem entertainers like Doug E. Fresh took place during the Tuesday-night event.
Photo: Jim Shi 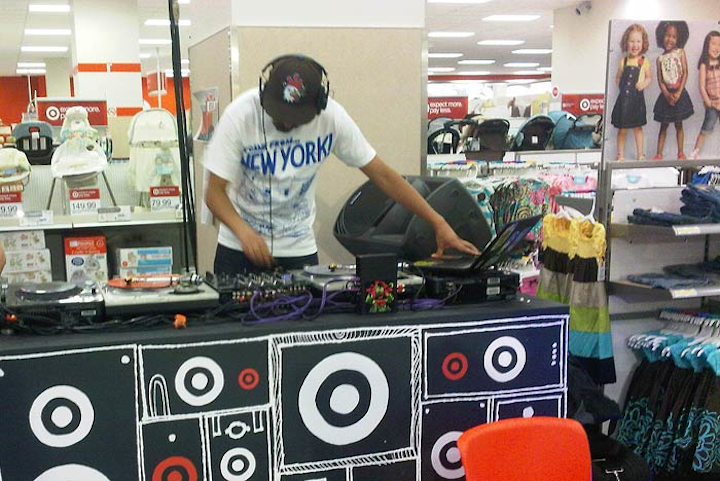 Throughout the three-hour party, DJs Bobbito Garcia and Jonny Santos spun tunes from a custom booth that sat adjacent to the stage.
Photo: Jim Shi 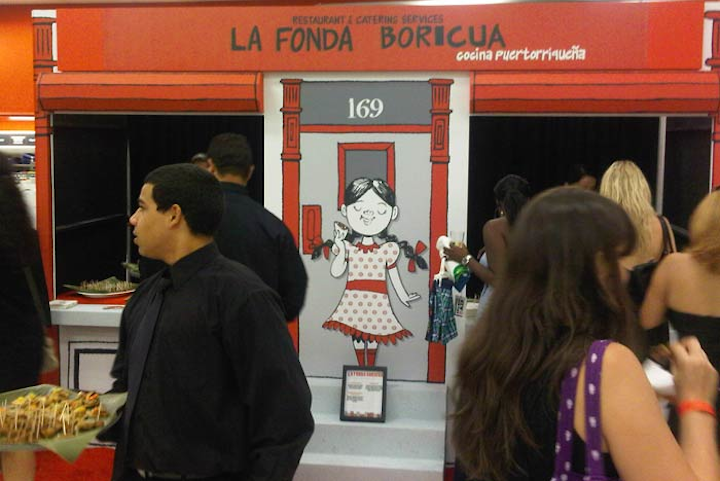 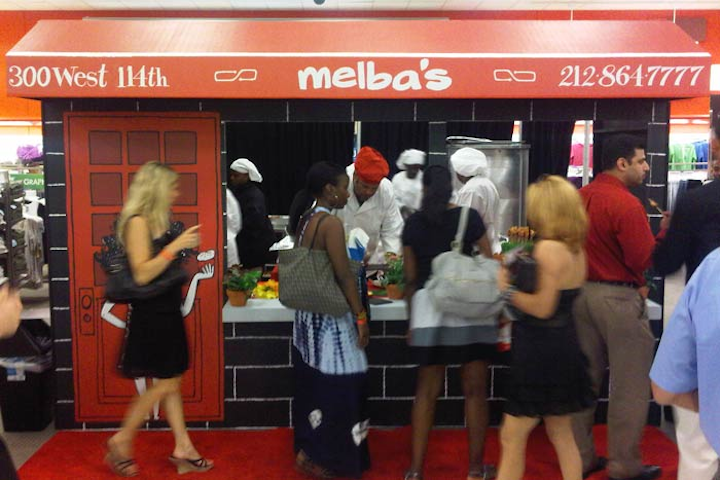 Soul food restaurant Melba's, which provided the catering crew for the event, served a number of dishes, including catfish strips with chipotle dipping sauce and sweet potato mousse tarts. Each shopping cart had special cupholders for the food that allowed guests to shop hands-free.
Photo: Jim Shi 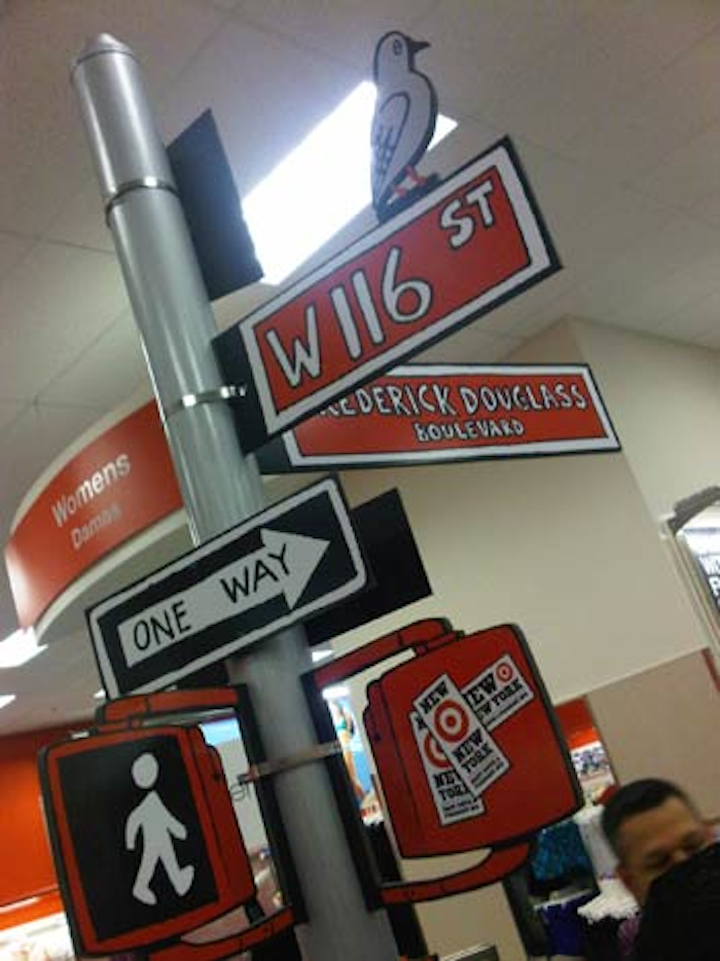 Ten street signs, each 10 feet tall and made of PVC pipe with a weighted wooden base, were placed throughout the 136,000-square-foot store to emphasize the neighborhood's iconic streets. Illustrator Bill Brown's art for Target's campaign was painstakingly hand-drawn, sketched, and scanned in for each sign.
Photo: Jim Shi 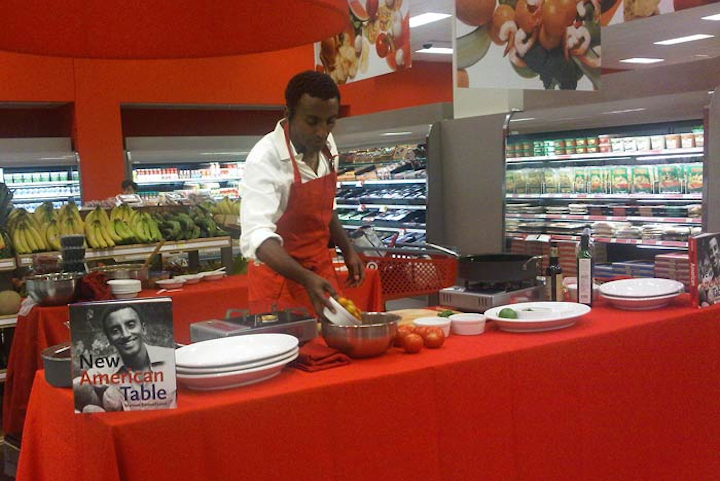 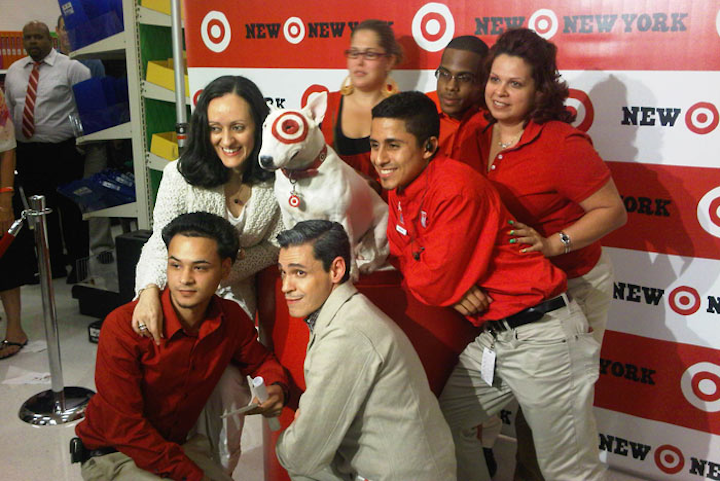 Beside the pet supplies aisle was a photo station where guests could pose for pictures with Target's iconic bull's-eye dog.
Photo: Jim Shi
More in New York City & Tri-State Area