The ninth annual Food Network & Cooking Channel New York City Wine & Food Festival Presented by Coca-Cola took place October 13 to 16, bringing a slew of events geared toward food and drinks to venues throughout the city, including the event's main hubs at Piers 92 and 94 in Manhattan. The festival offered more than 90 events, including culinary demonstrations, chef-hosted dinners, food-filled late-night parties, and the usual massive walk-around tastings.

The New York borough of Brooklyn had a more prominent role this year compared to previous years. The William Vale, a luxury Brooklyn hotel that opened in August, was the site of this year's Chicken Coupe, hosted by Whoopi Goldberg and Andrew Carmellini. Best of Brooklyn, presented by Munchies and hosted by Action Bronson, was a new festival event that took place at Brooklyn's beer/food hall Berg'n. Game Day Eats presented by Samuel Adams and hosted by Jaymee Sire took place at Hill Country Brooklyn.

Along with tastings and demonstrations, sponsors, partners, and brands including Barilla, Samsung, DiLusso, Frangelico, and more engaged attendees throughout the long weekend with interactive activations that were inspired by the festival itself and the themes of certain festival events.

Here's a look at some of the notable activations from this year's festival.

Correction: Chad Hudson Events provided the design, event management, accessories, and staffing for the Food Network and Cooking Channel's Grand Tasting booth, not for all Pier 92 and 94 festival events. 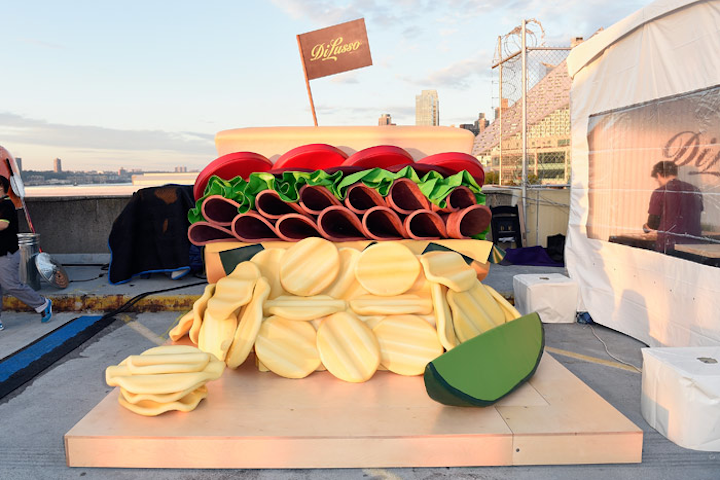 For events on Pier 92, including Barilla's Italian Table on October 13 and the Blue Moon Burger Bash on October 14, sponsor Di Lusso Deli Company presented a giant Italian sandwich complete with larger-than-life chips and a company flag. The activation served as a popular photo op for attendees, with props including a giant pickle. 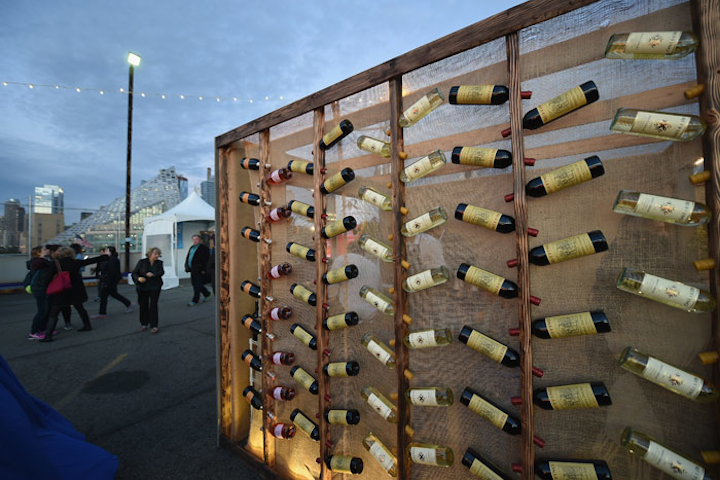 Ruffino showcased a booth at Barilla's Italian Table hosted by Giada De Laurentiis. The booth was decorated on the outside with the Italian brand's various types of wine and champagne. 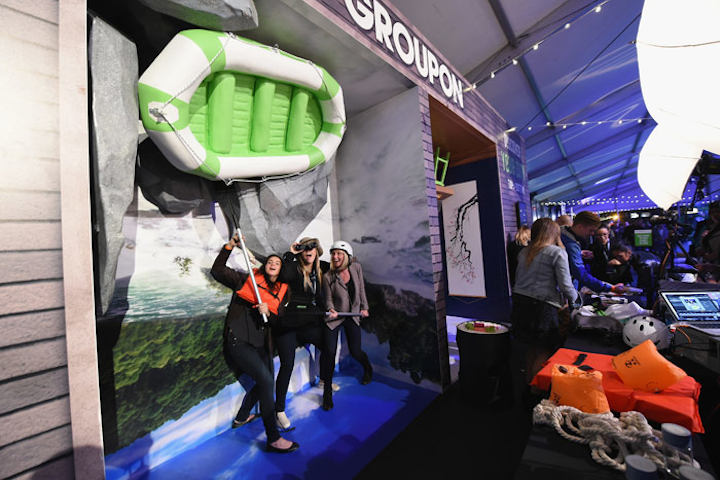 Groupon activated two photo booths for guests that had an outdoor adventure backdrop and a sushi-making backdrop. Photos were then turned upside-down, and guests were encouraged to share them on social media. 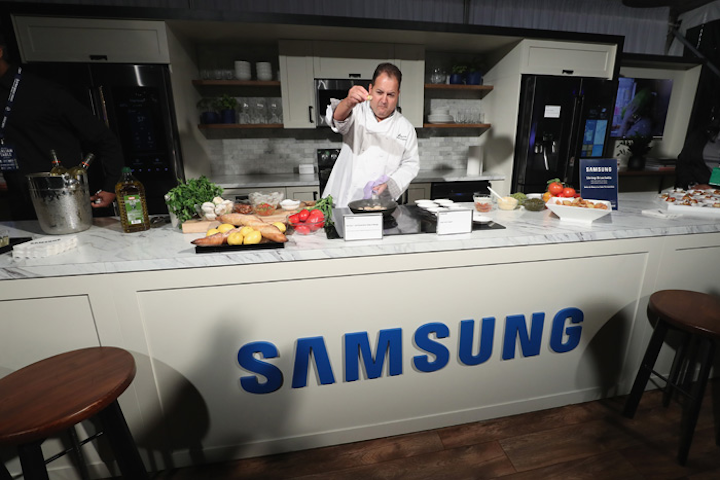 Returning sponsor Samsung offered a variety of live culinary demonstrations from a branded kitchen at its booth during pier events. 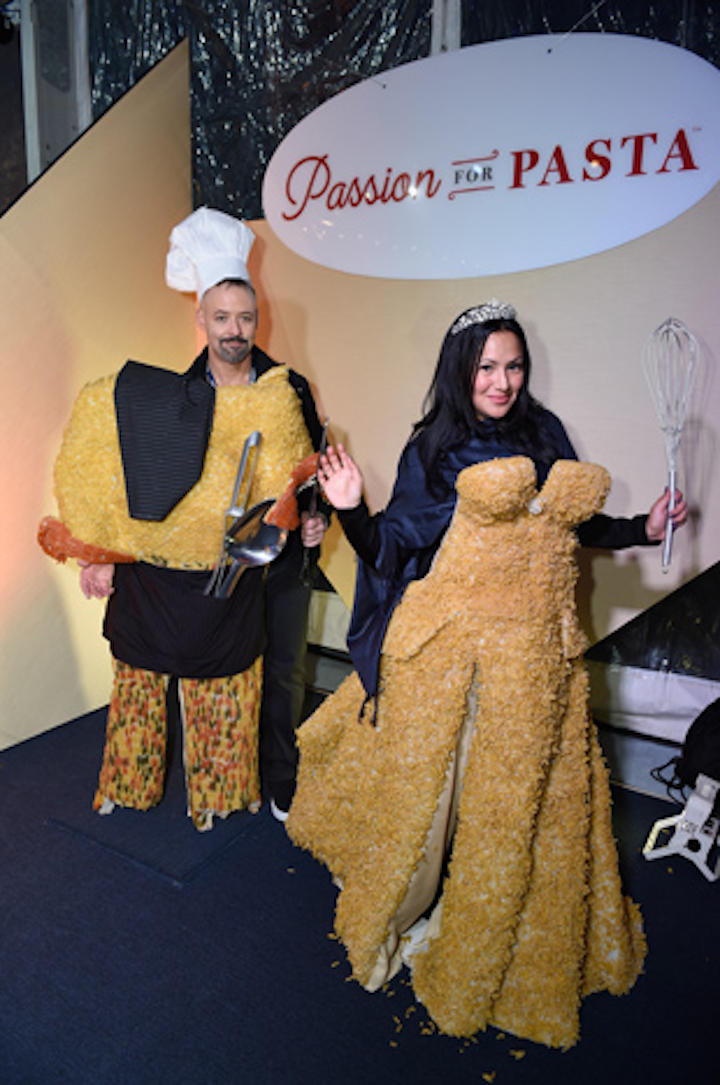 At Barilla's Italian Table, the pasta brand had a "Passion for Pasta" photo booth in which guests could dress up and pose behind outfits made with various types of uncooked pasta. 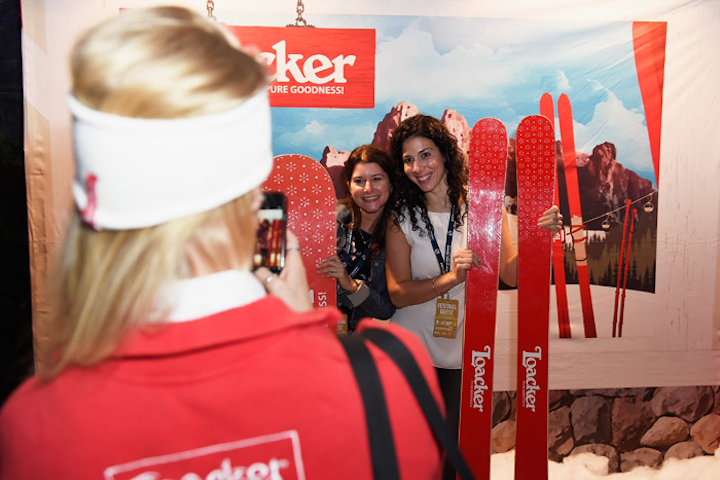 Italian wafer and chocolate company Loacker offered a photo booth with a ski-theme backdrop and props inspired by the skiing destination of South Tyrol, where the company is based. 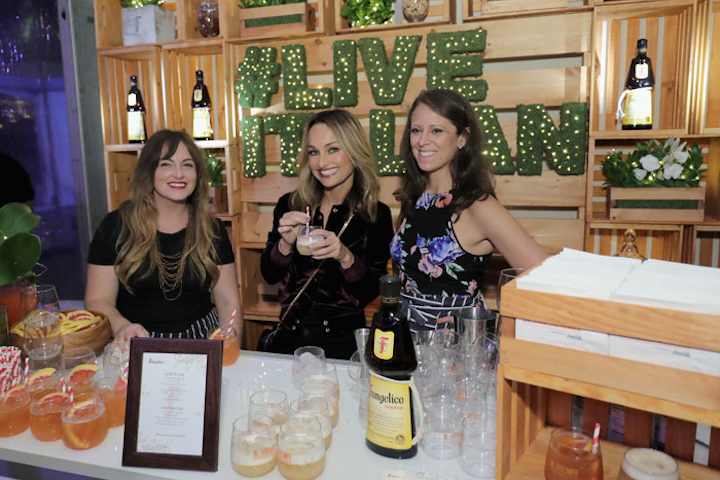 Italian liqueur Frangelico offered attendees custom cocktails at a bar that featured the hashtag #LiveItalian made with illuminated greenery. 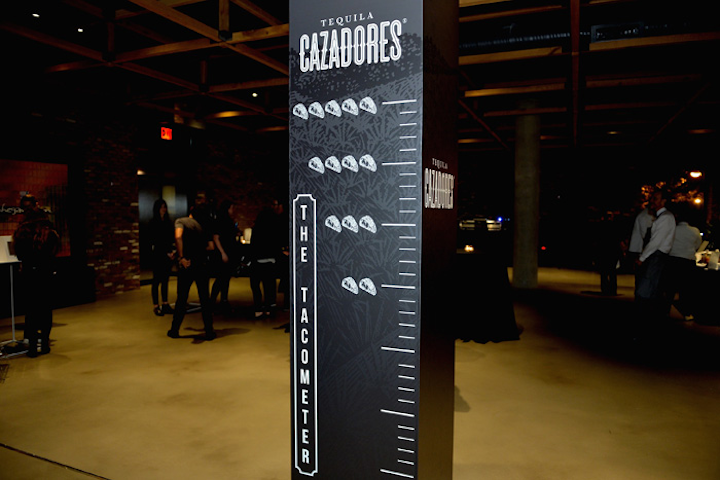 Tacos & Tequila, which was presented by Tequila Cazadores and hosted by Food Network chef Aarón Sánchez, took place October 13 at the Eventi Hotel. The event featured a branded Cazadores "Tacometer" inspired by the food of the evening. 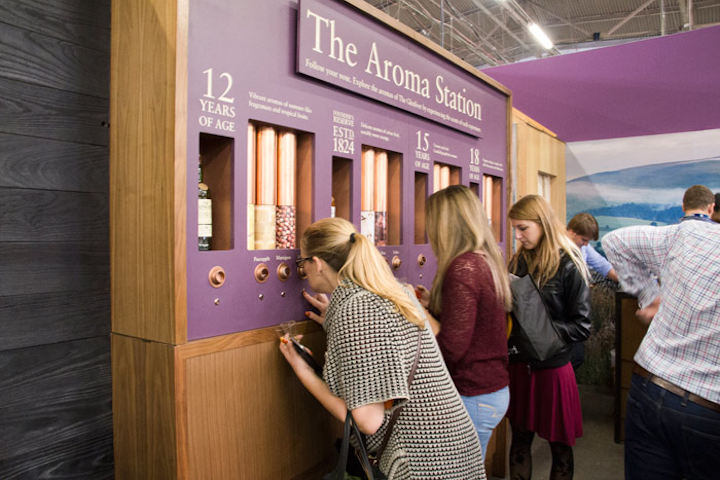 Scotch brand and festival sponsor the Glenlivet hosted its immersive traveling Dram Room whiskey experience in a branded structure at the Grand Tasting presented by ShopRite, which took place at Pier 94 on October 15 and 16. The Dram Room, which aims to educate consumers about Glenlivet scotch, showcased an aroma station in which guests could smell the brand's numerous scotch products. 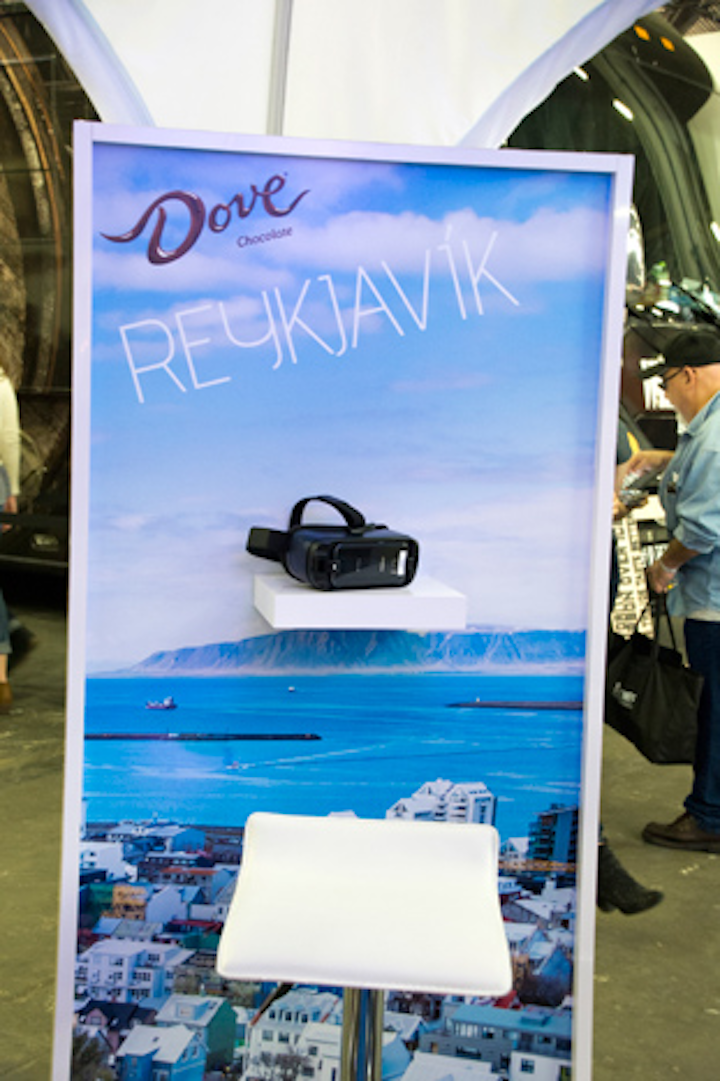 Dove Chocolate, a sponsor at the event, hosted a virtual-reality experience that allowed attendees to take a virtual tour of Reykjavik, Iceland's capital city. 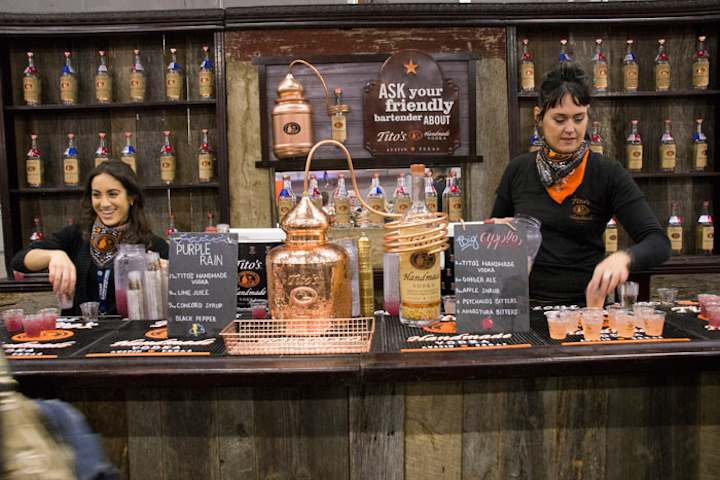 Tito's Handmade Vodka showcased a festive bar inspired by Texas, where the brand is based. The bar served October-appropriate cocktails. 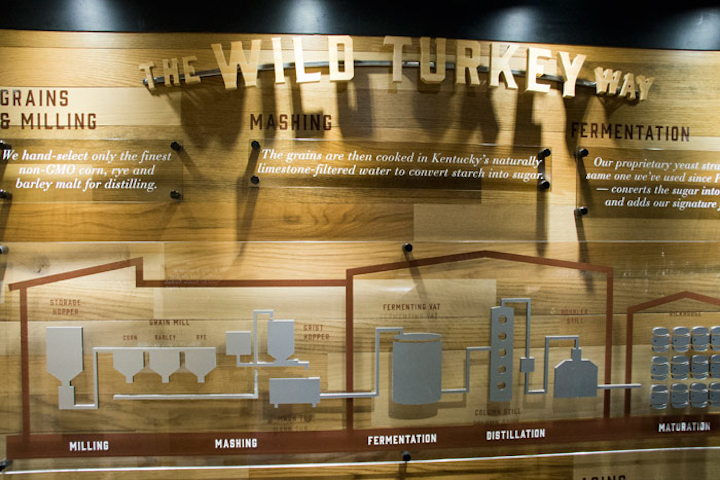 Wild Turkey featured a decorative wall that depicted how the brand's bourbon is made with informative captions and illustrations. 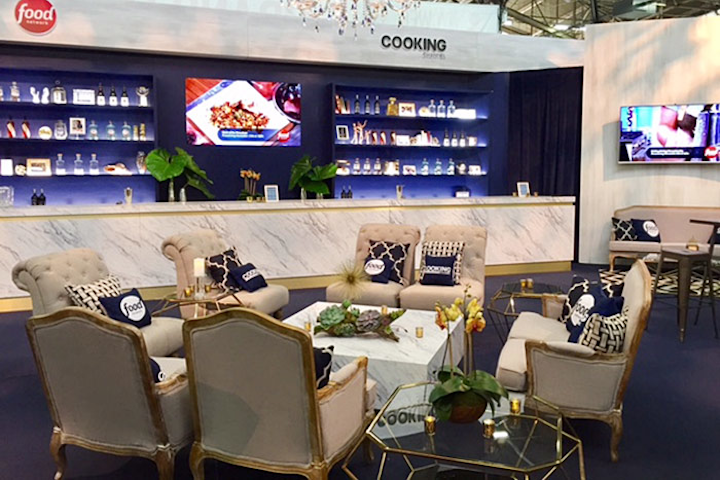 The Food Network & Cooking Channel booth, which was designed and managed by Chad Hudson Events, offered a lounge environment with branded pillows and televisions that screened network shows. The booth was built by 15/40 Productions and featured furniture from Designer8 and flowers from Botanica. 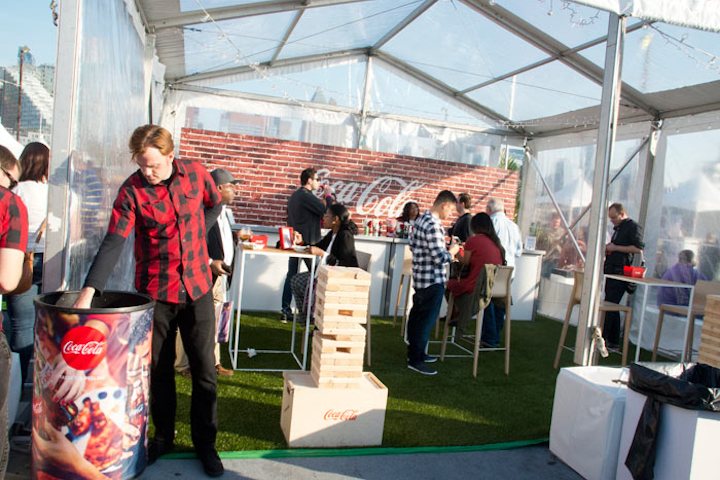 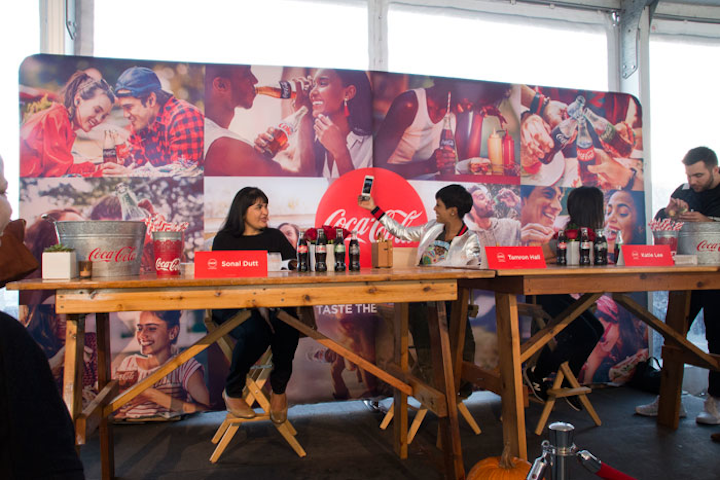 Coca-Cola Backyard BBQ presented by Thrillist took place October 16 at Pier 92. Judges, including NBC News anchor Tamron Hall and People food and lifestyle director Sonal Dutt, decided the winner of the inaugural Coke and Smoke BBQ Challenge at a panel that had a branded Coca-Cola backdrop. 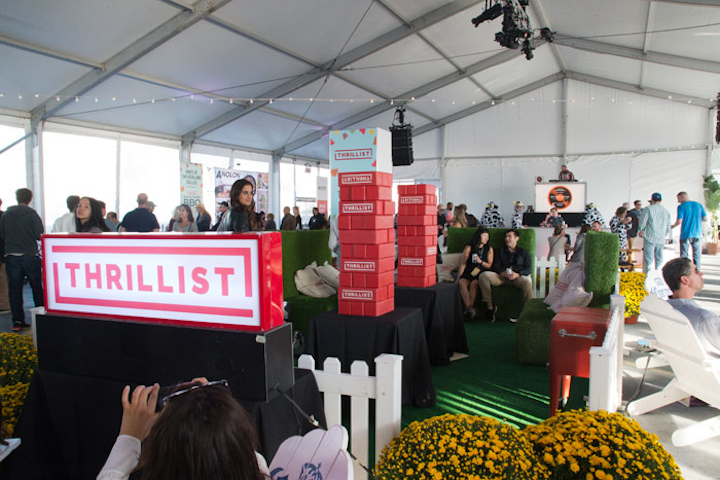 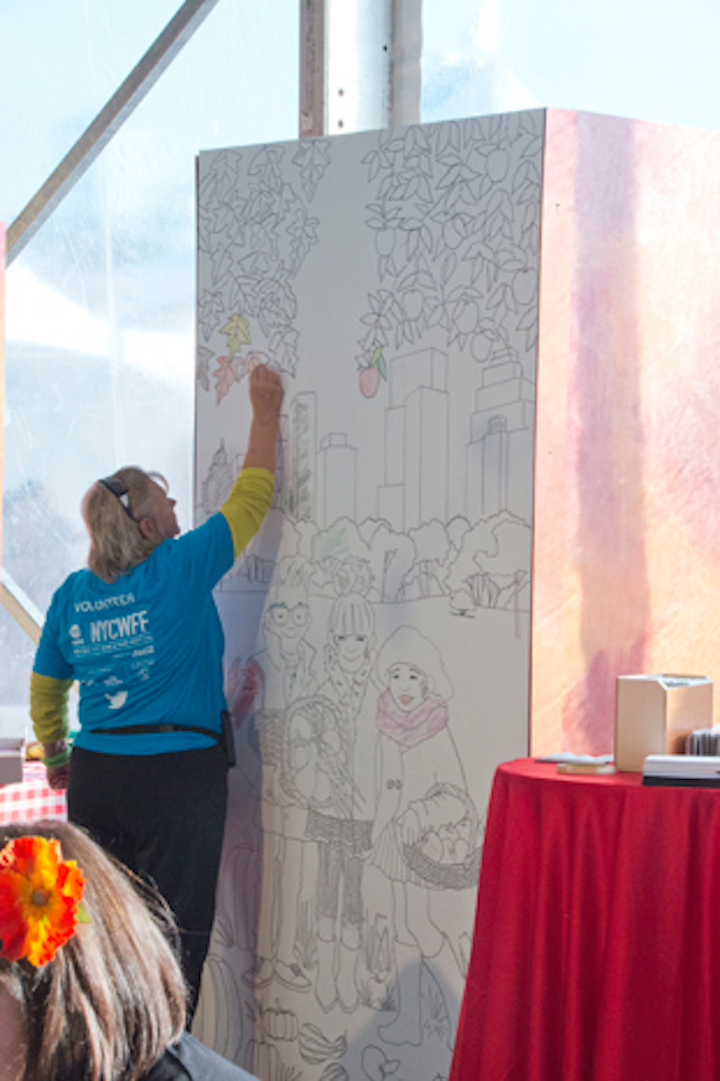 The Backyard BBQ also showcased a giant illustration of New York that guests were encouraged to color in throughout the event's duration. The illustration was created by Robert Gerdts, artistic director of Warren Moore Events.