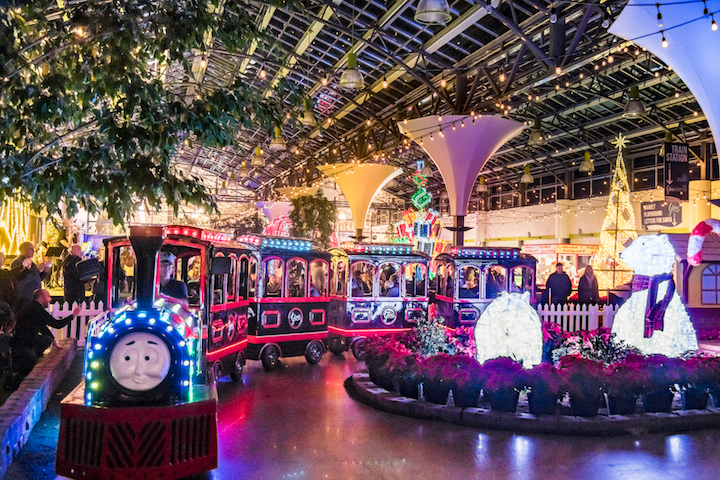 Moves and Milestones
King Street restaurant Marbl hosted its one-year anniversary celebration on November 27 with an evening of oyster shucking, sparkling wine, and a variety of canapés. The restaurant is set to announce a new menu during Winterlicious 2020 in early February.

Corus Entertainment Inc. won the title of "best media company" at the 2019 Media Innovation Awards for its consumer engagement success in a partnership with the John Frieda haircare brand. The award ceremony took place November 28 at the Carlu.

In Case You Missed It
Brainstorm Strategy Group, a Toronto-based consultant focused on connecting recruiters and new graduates, hosted its Future Workforce Conference at the Courtyard by Marriott Toronto from November 27 to 28. The event enabled students to interact with more than 200 companies and educational institutes, while talks and workshops focused on modern recruitment challenges, evolving HR technology, helping students stand out to prospective employers, and fostering more inclusive work environments.

News
In advance of World AIDS Day, Bloor Street Entertains—Canada’s largest fund-raising event for H.I.V./AIDS research and prevention—took place at Toronto’s Four Seasons on the evening of November 27. Four-course dinner experiences were curated to include custom decor, floral, and menu arrangements, with STK Toronto, Oliver & Bonacini, and Sotto Sotto among the restaurants and caterers taking part. A silent auction, which raised more than $125,000, featured items such as a New Years Eve celebration with the Toronto Raptors, international vacation getaways, and paintings by local artists Pietro Adamo, Michelle Vella, and Jane Waterous.

Glow Gardens' Christmas Glow Toronto opened on November 28 at the Toronto Congress Centre, where it will run through January 4. Designed to appeal to both adults and children, the indoor market features an extensive garden of lights, plus playgrounds and toy sculptures, a 30-vendor market, cocktails served in Christmas light-shape glasses, and visits with Santa. The market also offers a private party room for as many as 90 guests, with optional holiday decor, in-house catering, and audiovisual services.

Venue Buzz
The Fairmont Royal York has unveiled a fully lit, 24-foot-tall gingerbread house made of real gingerbread. The installation features more than 5,000 gingerbread bricks and took 13 days to build, according to the hotel’s executive sous chef, Greg Dunki. The display is set up in the lobby, in front of the Library Bar.

Turn of Events
Toronto’s first-ever Black Policy Conference, which encourages the presence of more black voices in public policy proceedings, took place on November 30 at the University of Toronto's Munk School of Global Affairs & Public Policy. According to CBC, organizers were inspired after attending Harvard University’s edition of the event, which is the institution’s longest-running conference.

Overheard
"People have an emotional connection to holiday music, and businesses can leverage this to create positive experiences for their customers during this festive season. A restaurant that typically plays recorded background music could offer live music during the holidays. Retail stores can do the same, with live carolers or a DJ to draw customers in and keep them shopping."

—Amadou Tall, director at Entandem—a Toronto-based nonprofit focused on ethical music licensing and distribution practices—reporting on a new study that suggests a third of Canadians are likely to stay longer in a store that's playing holiday music.

On The Scene
The 2019 Cavalcade of Lights fireworks display took place in Nathan Phillips Square on November 30, marking the opening of the square’s seasonal skating rink.

What’s Next?
Mistletoe Magic, the John B. Aird Gallery’s annual fund-raiser, will take place on December 12 in the gallery’s new Queen West venue. As of December 5, 150 pieces by more than 100 artists from across Ontario will be on display and available for bidding as part of the annual silent auction, which will close with the gala on December 12. This year's featured artists include Anong Migwans Beam, an oil painter and former director of the Ojibwe Cultural Foundation, plus Robert Burley, a photographer and associate professor at Ryerson University’s School of Image Arts.

Redemption Paws, a Toronto-based rescue and adoption charity for special needs dogs, is hosting a holiday fund-raiser on December 6 at Super Wonder Gallery. The event will feature holiday-theme pet portraits, a puppy playroom, and an array of treats for dogs and humans. All proceeds will go towards caring for more than 75 dogs in need of a safe home.