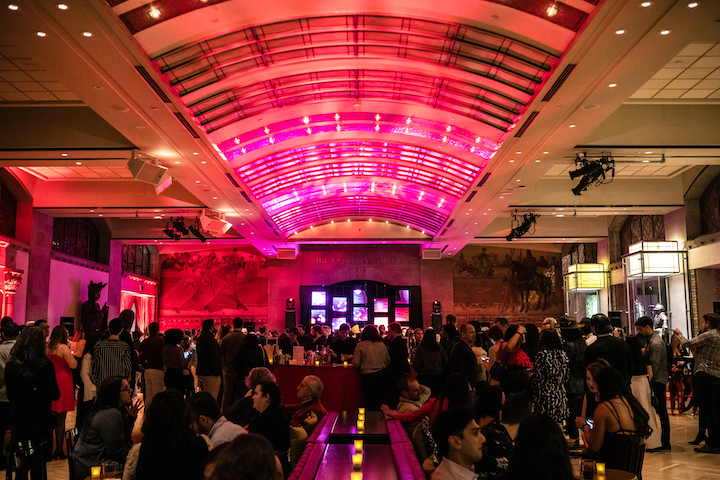 Moves and Milestones
Alex Panousis has been named C.E.O. of Carat Canada. She made the move from Havas, where she became C.E.O. of Havas Village and president of Canadian advertising and media last fall.

In Case You Missed It
ComKids’ 16th annual “Celebrity Sports Mixer” fund-raiser took place at the Hockey Hall of Fame on February 12. With more than 600 athletes, celebrities, and patrons in attendance, the cocktail reception featured a live auction, access to the venue’s N.H.L. jersey exhibit, a Sportscentre newscast photo display, and a virtual hockey game activation.

North America’s largest mac ‘n’ cheese festival took place at the Small Arms Inspection Building in Mississauga over the weekend. With more than 40 mac ‘n’ cheese dishes created by chefs across the greater Toronto area, the event also featured a craft beer bar and free-to-play board and video games.

Turn of Events
Toronto was named the 10th most economically influential city in the world by CEO World Magazine. The new study combines cities’ overall economic activity, financial clout, political and demographic influence, quality of life, and competitive growth to determine the top 100. In North America, New York and Toronto were the only cities to make the top 10.

Overheard
“You get people who are trying to drink less, and people who are recovering from alcohol addiction. ... There are also people who have health conditions, who are pregnant, who are athletes in training. One of my goals is to raise awareness about the fact that there are so many reasons why a person might not drink. And also that nobody needs to explain why they don’t.”

—Liisa Ladouceur, speaking to Toronto Life about “Abandon,” an alcohol-free happy hour program she created at bars across the Toronto area.

On the Scene
The “Dust of Gods” sustainable fashion-focused pop-up is at the Bayview Village Shopping Centre until February 21. The initiative re-purposes pre-owned clothing as unique pieces of wearable art.

ACTRA Toronto—the Alliance of Canadian Cinema, Television, and Radio—will host its 18th annual awards at the Carlu on February 22. Twenty actor nominations will recognize Canadian on-screen talent, and Kim’s Convenience star Jean Yoon will be presented with the 2020 Award of Excellence.