For the Canadian launch of Gosh Cosmetics, the company invited local media representatives to have their makeup touched up and their photos taken by celebrity photographer George Pimentel.

Susan O'Neill
When Gosh Cosmetics began planning an event to launch the Danish brand in Canada, the company wanted to provide media representatives who report on the beauty industry with an opportunity to try the products firsthand. So organizers set up makeup booths—and a celebrity photo shoot with George Pimentel—to officially launch the line at the Richmond on Tuesday. “When you write about this, it’s so different when you’ve actually seen the line,” said Gosh Cosmetics sales director Hanne Zinsli, who noted that the company wanted to create an informal event for the launch. “That’s what Gosh is all about—it’s young and trendy products.” Organizers filled the Richmond Street space with white lounge furniture from Furnishings by Corey, three makeup stations, and a backdrop for a photo shoot where Pimentel snapped post-makeover pictures of guests. “It makes it a little bit more exciting. You not only get your makeup done, you get it commemorated,” said Jess Way, a consultant with Lex PR Canada. Rose DeMarco, director of product management for Shoppers Drug Mart, noted that the photos—and video of the step-by-step demos on Ford models—would be used to educate in-store staff about how to create the looks on shoppers.

Gosh launched the line in 200 Shoppers stores across the country in mid-April. A further 250 stores will offer the brand by the end of the year. Guests in attendance at Tuesday's event—which marked the debut of the Golden Glamour line—included corporate managers from Shoppers, representatives from Gosh—who flew in from Denmark—and local media outlets. 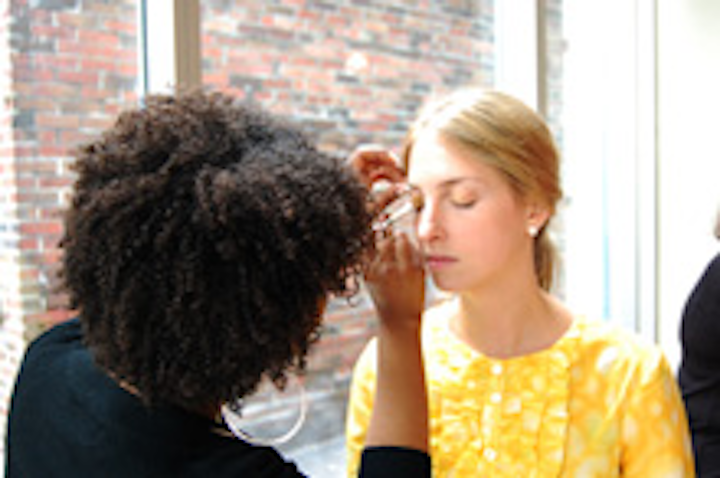 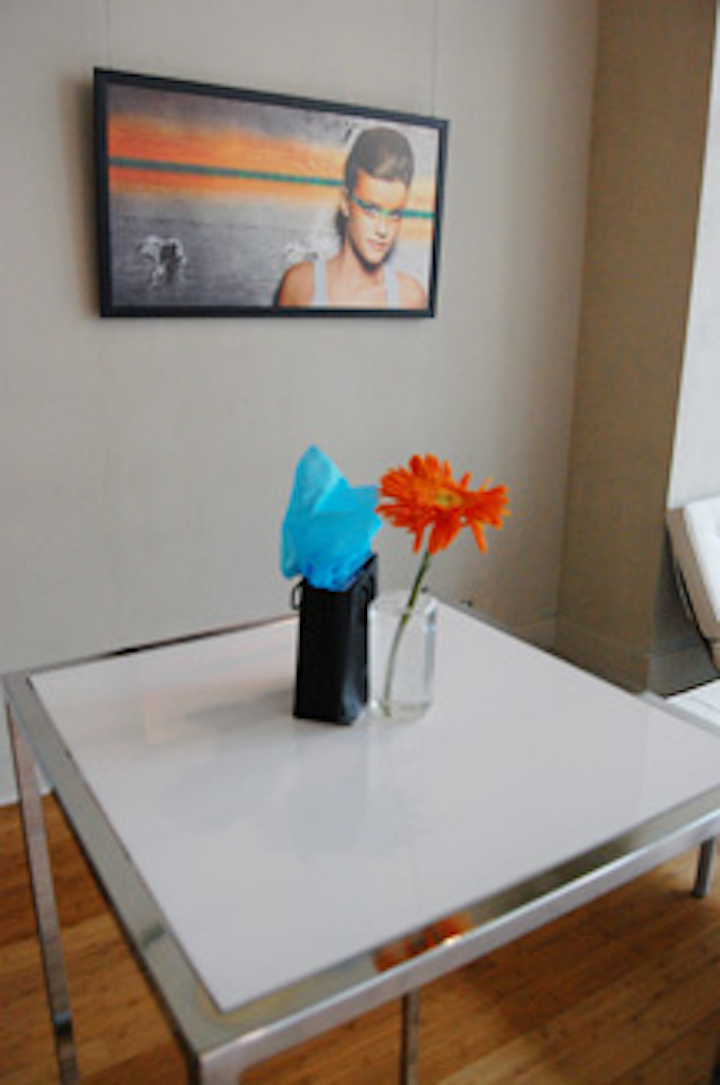 Bright gerberas—chosen to highlight the colourful hues the company is known for—topped tables throughout the space while enlarged images from the ad campaign adorned the walls.
Photo: BizBash 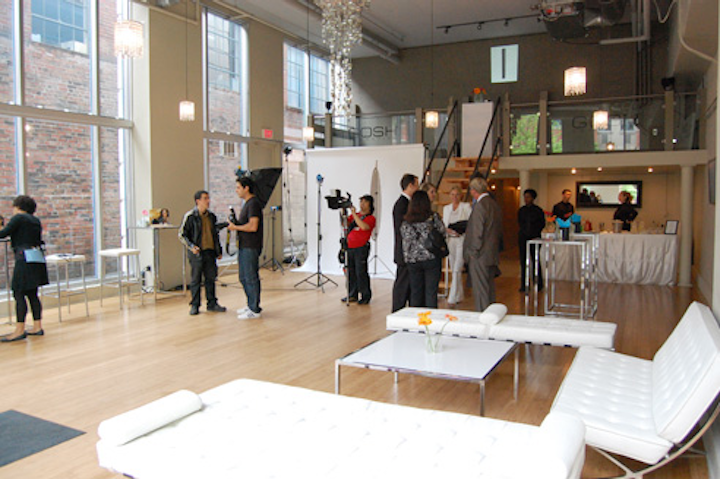 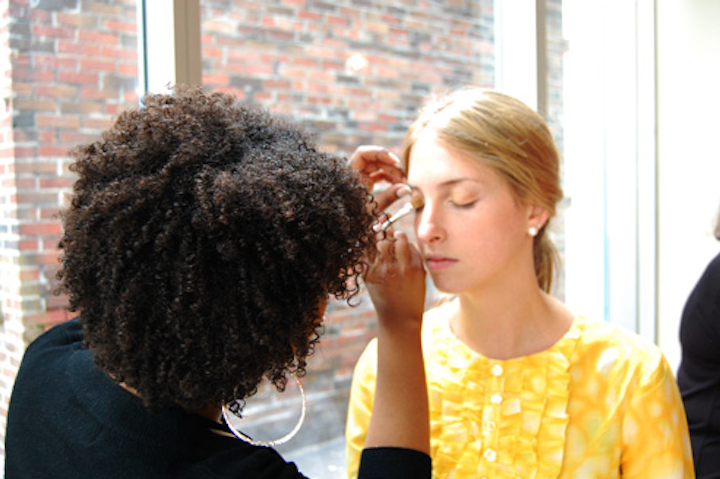 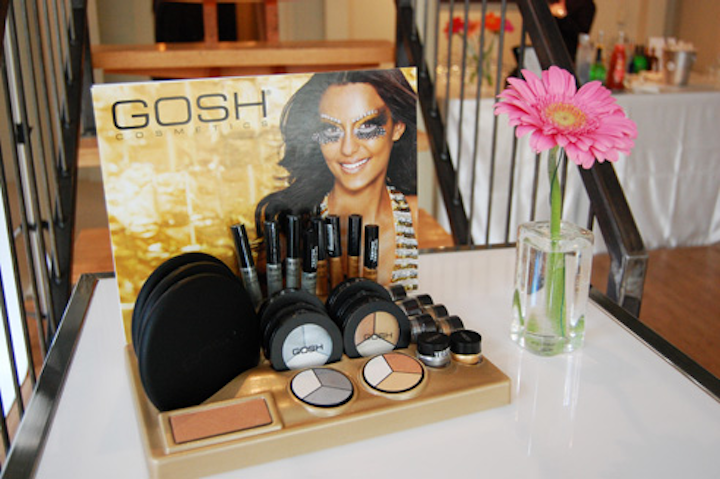 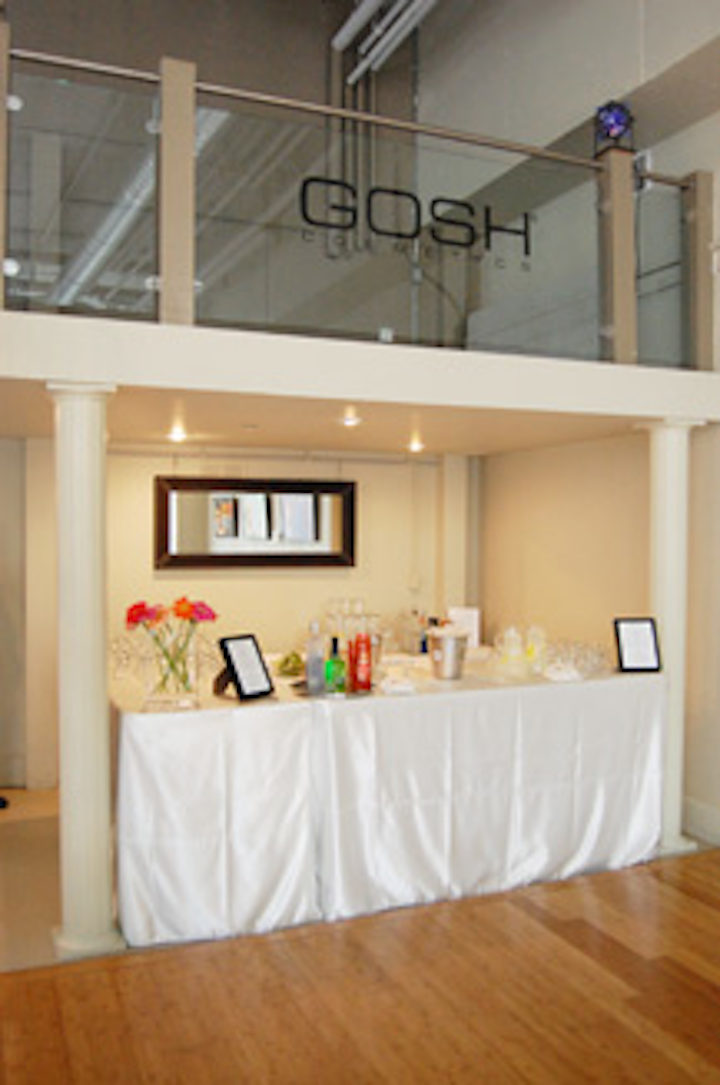 A small bar served Level vodka cocktails named after products from the cosmetics line, including the Movie Star, named for a lip gloss, and the Aquarius, named for an eye-shadow compact featuring shades of blue.
Photo: BizBash
More in Toronto