BlackBerry and Lionsgate invited 300 guests to a pre-screening reception at the Royal Ontario Museum for a new film backed by Oprah Winfrey—who didn\'t make it to the event.

BlackBerry and Lionsgate hosted a pre-screening reception attended by 300 guests—including Mariah Carey, Mary J. Blige, and Robert De Niro—for the film Precious at the Royal Ontario Museum Sunday. Executive producer Oprah Winfrey was scheduled to walk the carpet but failed to show for the event.

"The movie is a very gritty and inspiring drama and it takes place in a poverty-stricken landscape, but it's about the fact that no matter how bad your circumstances are, you can always rise above it," said Chris Benarroch, president of the Los Angeles-based Benarroch Productions, which planned the party. Benarroch said she selected the ROM for the reception because the exposed brick wall in the museum's Hyacinth Gloria Chen Crystal Court "looked like a scene from the movie ... this element seemed perfect."

The venue, which has soaring ceilings and angled white walls, also enabled the company to fill the space with light and projections that included images from the film and the names of event sponsors Lionsgate and BlackBerry.

Sequined black cushions topped white furnishings from Contemporary Furniture Rentals, and splashes of orange—the colour featured prominently in the film's promotional materials—could be seen in the flowers (gerbera daisies), and the lighting. C5 Restaurant catered the event, and guests sipped on cocktails including the BlackBerry Martini during the party.

The production company chose to hold a pre-film reception rather than an after-party because the film was slotted a 9:30 p.m. screening at Roy Thomson Hall, the site of all of TIFF's gala presentations. "It was just too late. Also this movie is really heartfelt, and when you walk out of the movie you are so floored you really just want to sit and take it in," Benarroch said.

Organizers installed barricades and red ropes at the museum's Bloor Street entrance and set up a red carpet and step-and-repeat inside the ROM's foyer. The museum closed at 5:30 p.m. and guests, including the film's stars, began arriving at 6:30 p.m. Although Winfrey was scheduled to attend the party she had yet to arrive when the media cleared the red carpet at 8:45 p.m.

According to The Toronto Star, the talk show host "was having a lie down, exhausted after a heavy press day." 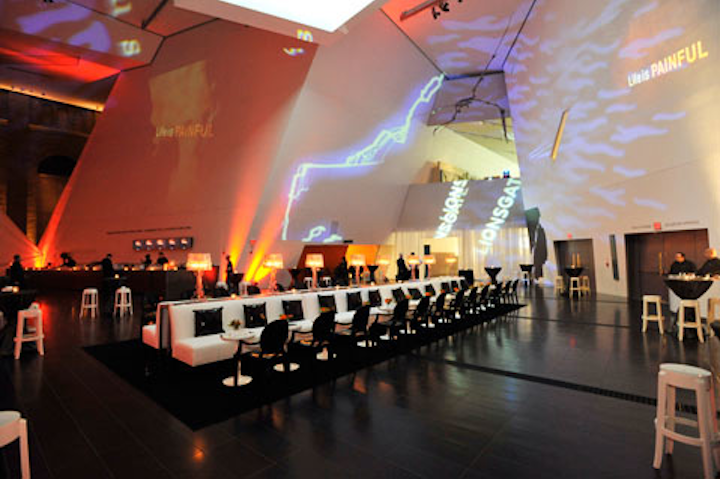 Logos and film footage projected onto the walls
Photo: Gary Beechey for BizBash 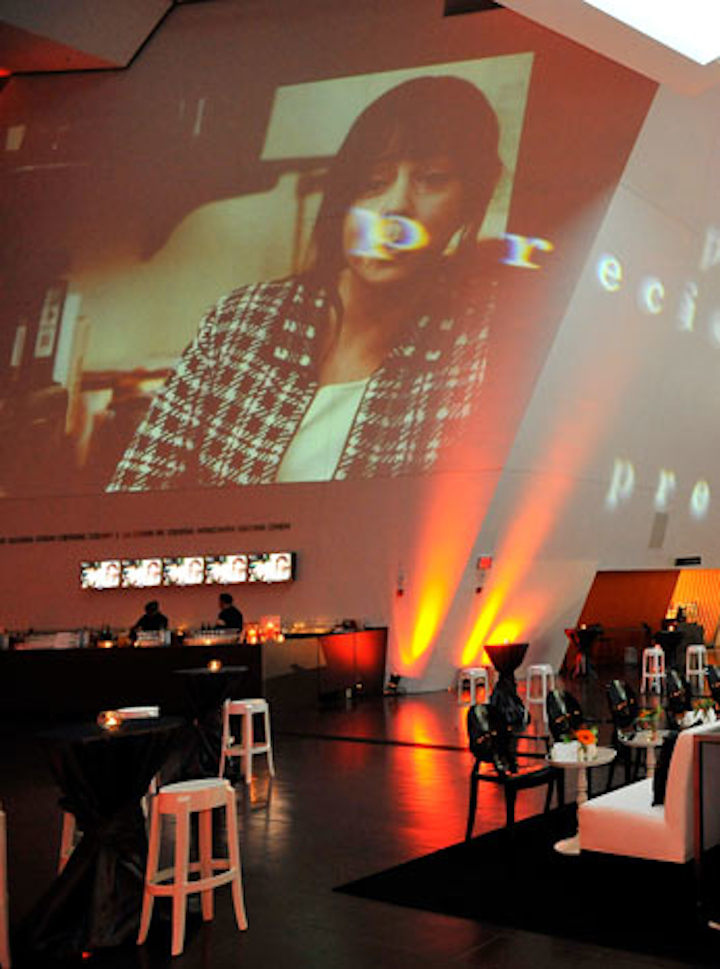 Orange lighting and images from the film were projected onto the walls in the museum's Hyacinth Gloria Chen Crystal Court, where 300 guests attended the reception.
Photo: Gary Beechey for BizBash 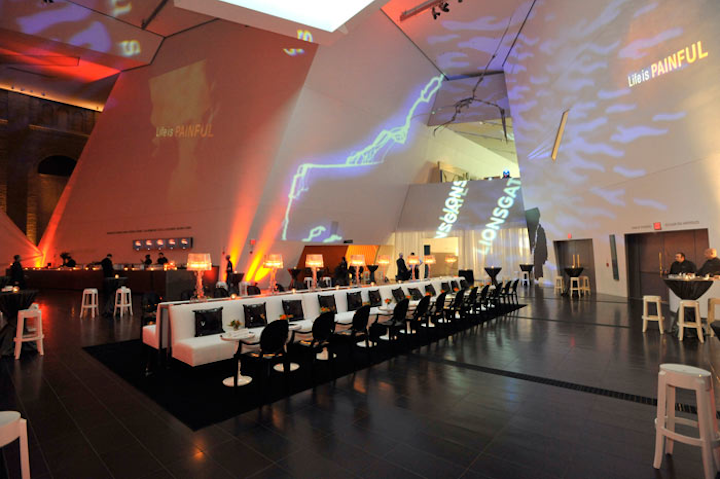 L.A.-based firm Benarroch Productions called on Westbury National Show Systems to handle the lighting, which included projections of logos for Lionsgate and footage from the movie.
Photo: Gary Beechey for BizBash 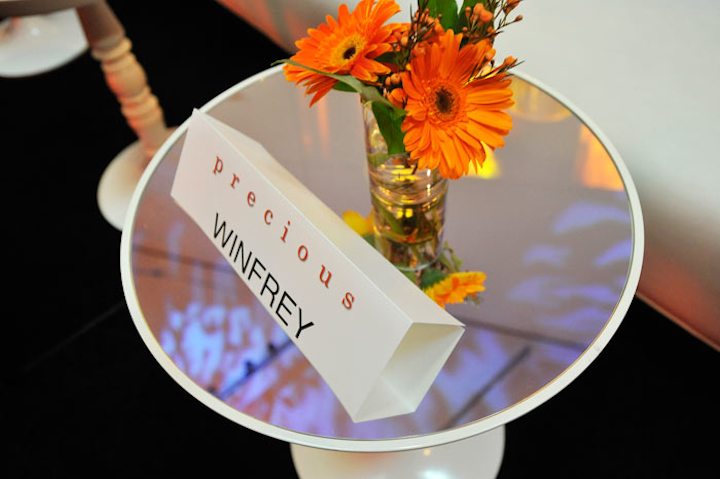 Small glass vases holding orange gerbera daisies sat atop reserved tables for V.I.P. guests like executive producer Oprah Winfrey, who was expected to attend the reception but hadn't arrived by the time the media cleared the red carpet.
Photo: Gary Beechey for BizBash 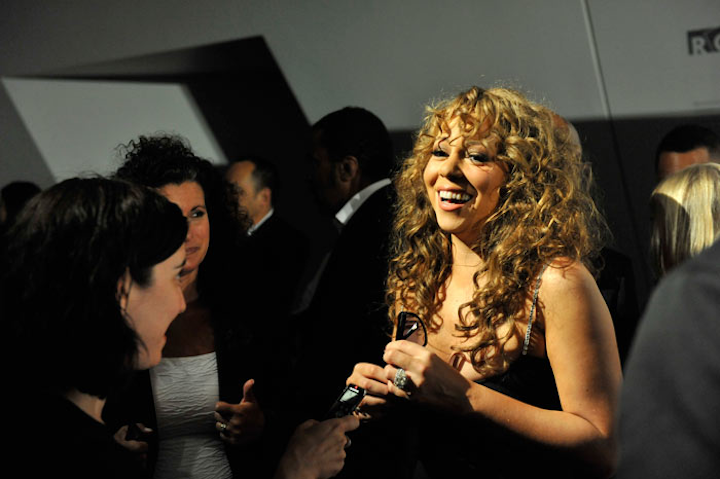 Mariah Carey, who plays a social worker in the film, talked to reporters on the red carpet inside the Royal Ontario Museum.
Photo: Gary Beechey for BizBash 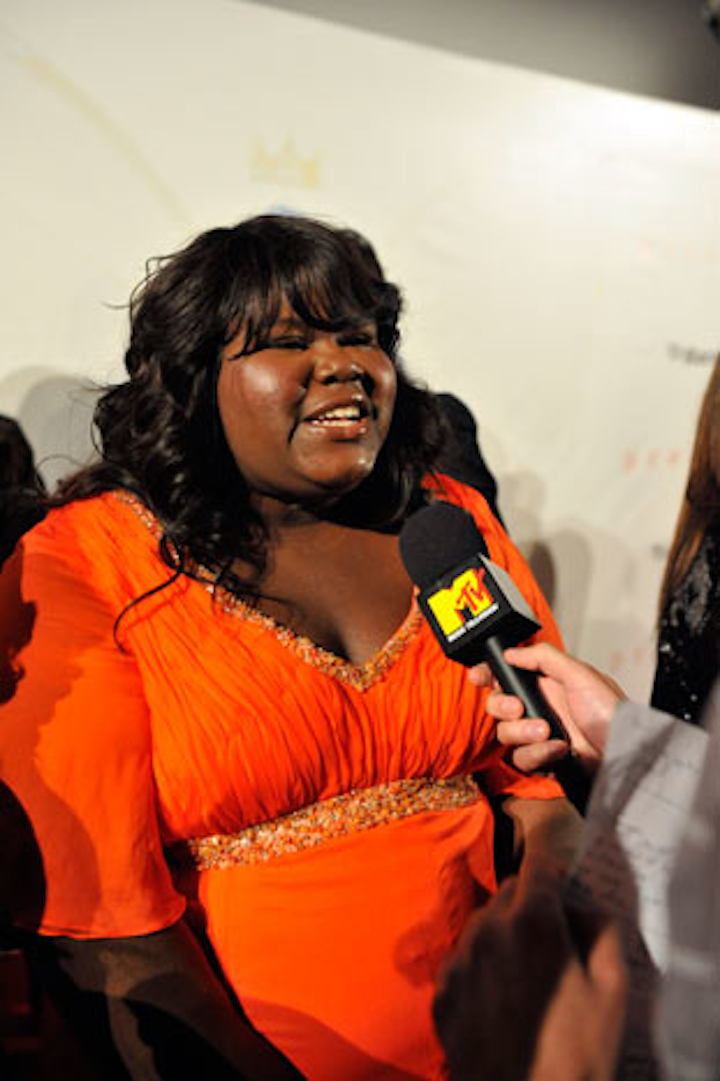