Fox Premieres 'Alcatraz' With Authentic Experience on the Prison Island

For Fox's premiere of its new show, Alcatraz, you might say there was one venue that stood out as the obvious choice: The network took its event to the San Francisco Bay, hosting a screening and party on Alcatraz Island. Fox's Karin Pofsky tapped Los Angeles-based YourBash! to head up production and design, with the goal to keep the mood as authentic as possible.

Guests boarded a boat from Pier 33 in San Francisco to the island, where they were greeted by guards who treated them as prisoners; the guards wore costumes from the Alcatraz's operating era and spoke to guests as if they were arriving as the prisoners did in 1963, the show's period setting. Attendees were then transported via golf cart up the hill to the main jail. On the way, they got a peek of the newest Mustang from Ford that will be available in 2013, a sponsor-friendly anachronism.

Inside the jail, the step-and-repeat was set up in the former shower room, and YourBash! brought in minimal decor. Media folks lined up just inside the shower space to get a view of the talent and V.I.P.s. Guests walked past the step-and-repeat and up the stairs into the main jail where they scooped up headsets for the audio tour and snapped mock mug shots at a photo-op area set up in the former barber shop. As guests continued on the tour, they were met along the way by former correctional officers, a former inmate, and a former resident who is the daughter of the former warden. They told stories and shared secrets of the island.

After the tour, guests arrived at the mess hall, which the production team set with big, wooden family-style tables with stainless-steel pitchers of water, mugs, and plates. The food, from Melons Catering, was a modern take on meat and potatoes, chicken and rice, and other dishes popular in the era. The menu was posted on foam menu boards, identical to the ones used in 1963. The servers were dressed in the uniforms the inmates wore when they were on kitchen duty.

The show's premiere screened in cellblock D, where the worst-offending prisoners were housed and solitary confinement took place. Guards, dressed in authentic pea coats, walked up and back on the upper levels of the jail cells during the screening, looking down on the guests. They also made announcements with whistles and bullhorns, capping off a memorable experience on the island. 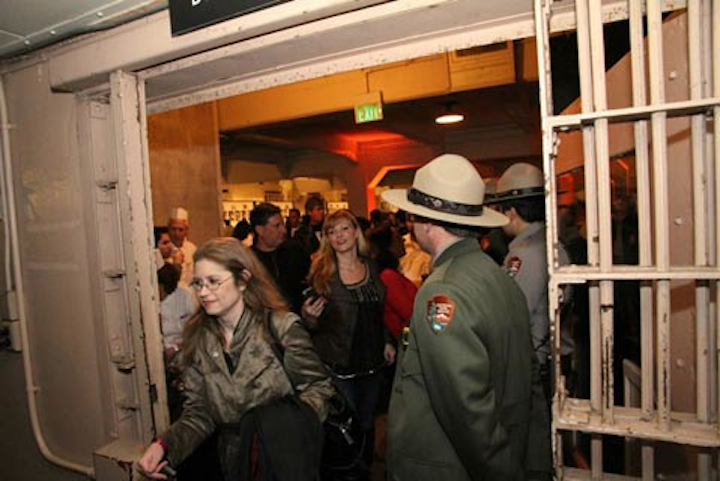 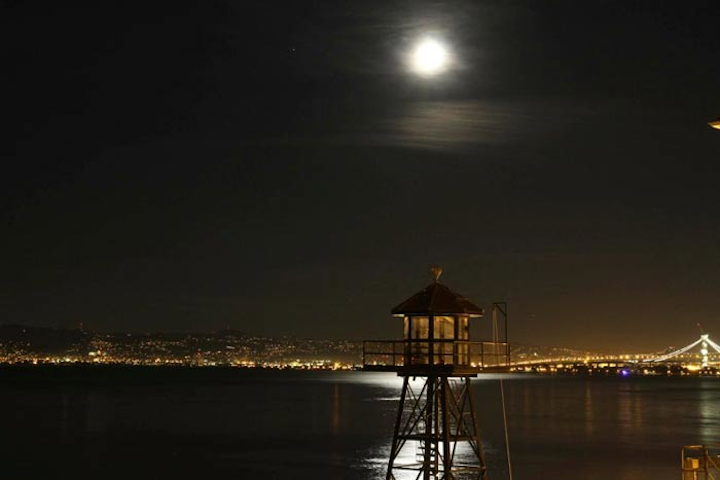 Fox hosted the premiere for its new show, Alcatraz, on Alcatraz Island in the San Francisco Bay.
Photo: Philip Pavliger 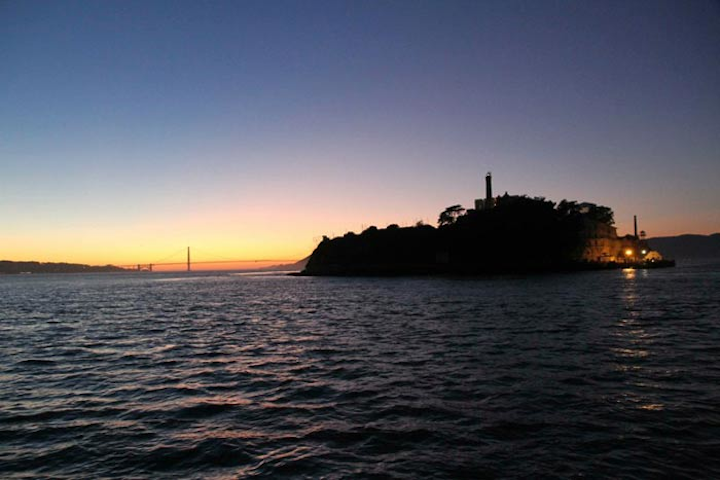 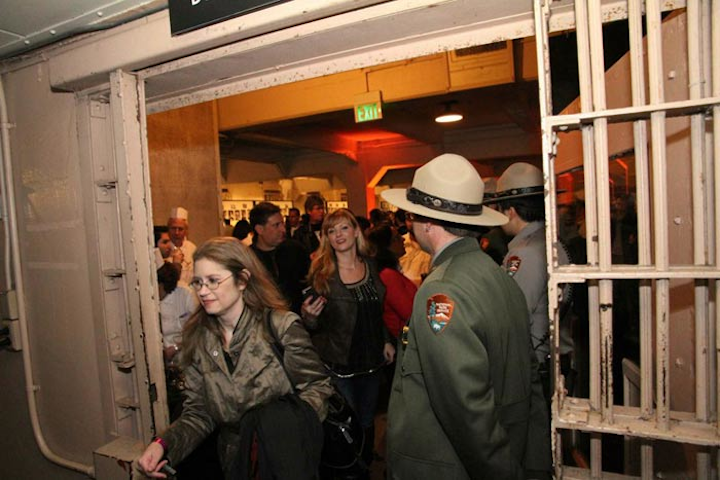 Guests took the audio tour of the old facility and heard stories from folks who were there.
Photo: Philip Pavliger 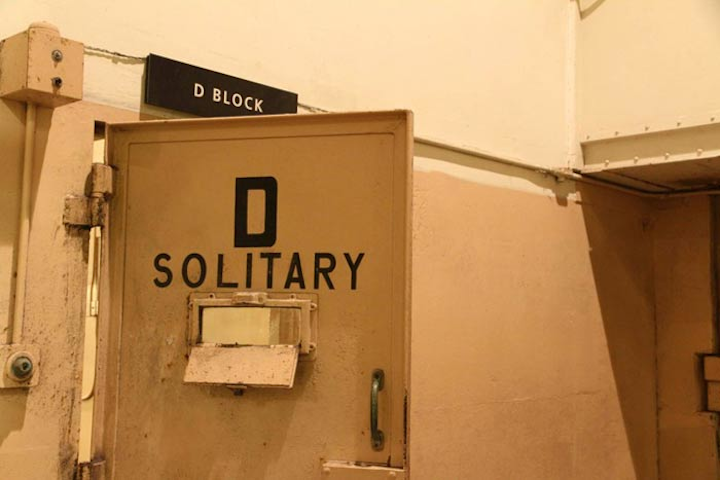 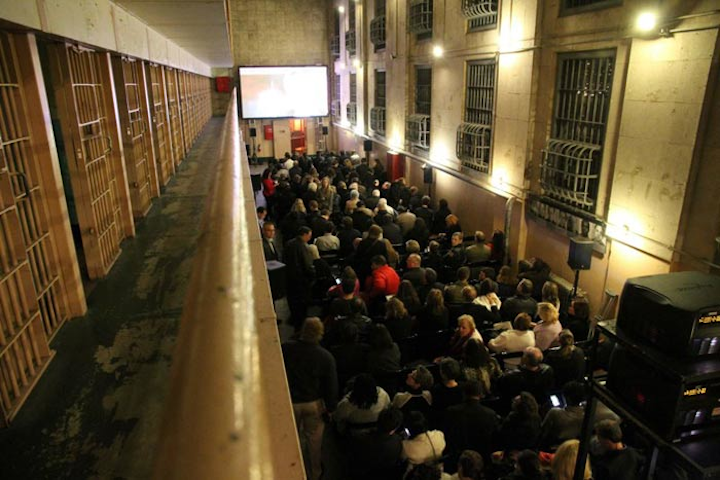 Guards, dressed in authentic pea coats, walked up and back on the upper levels of the jail cells during the screening, looking down on the guests.
Photo: Philip Pavliger 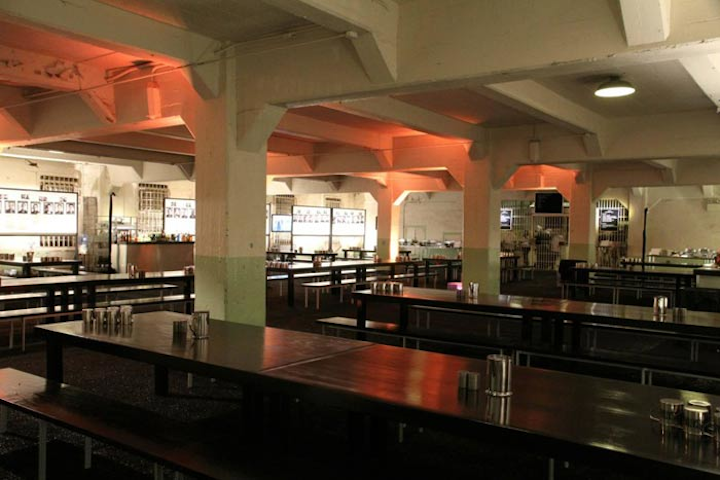 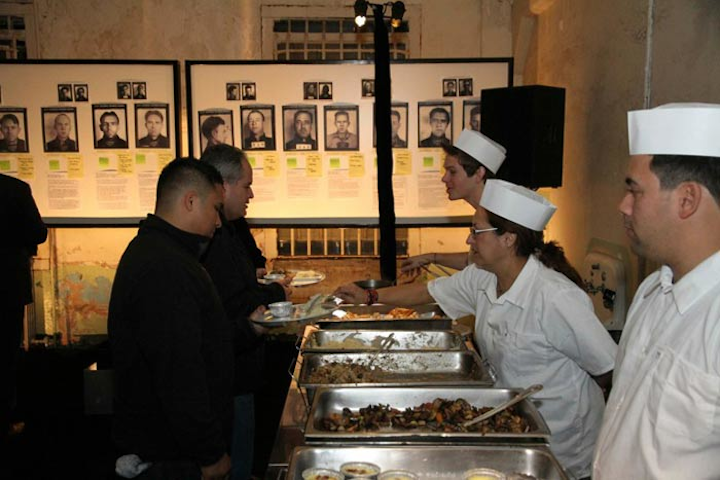 Food from Melons Catering included chicken and rice, and other dishes that were popular in the '60s.
Photo: Philip Pavliger 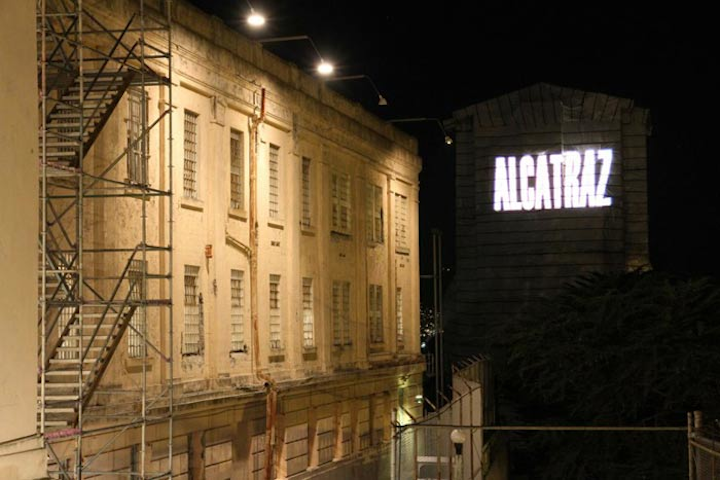 The goal was to keep the experience as authentic as possible for guests.
Photo: Philip Pavliger 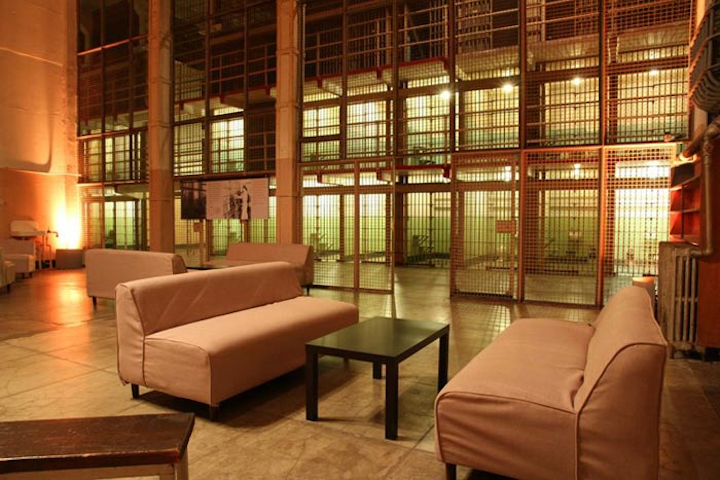 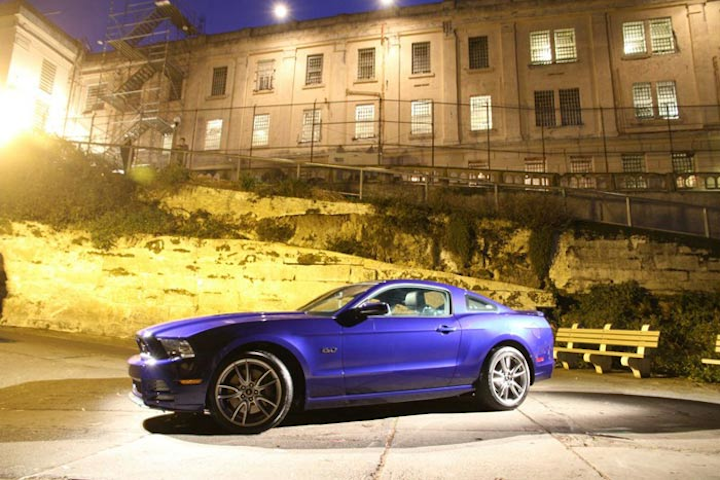 One anachronism: The new Mustang from sponsor Ford was on view.
Photo: Philip Pavliger 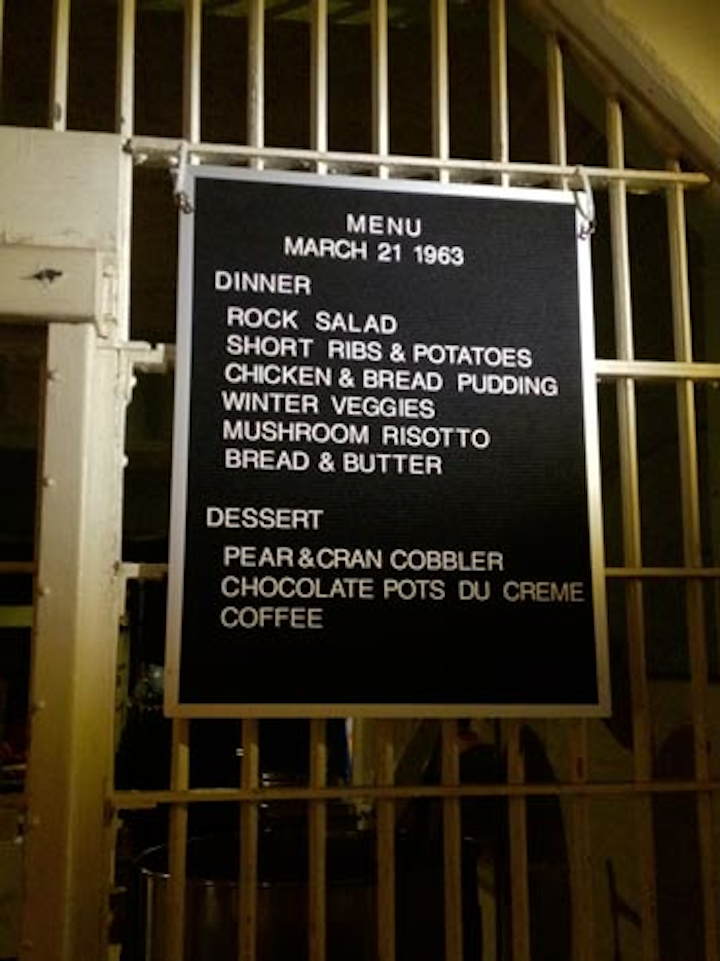 The menu was posted on foam menu boards, identical to the ones used in 1963 at the facility.
Photo: Philip Pavliger
More in Vancouver 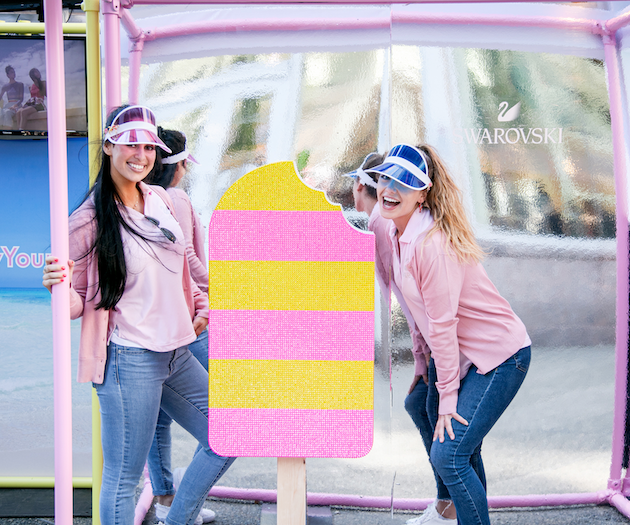 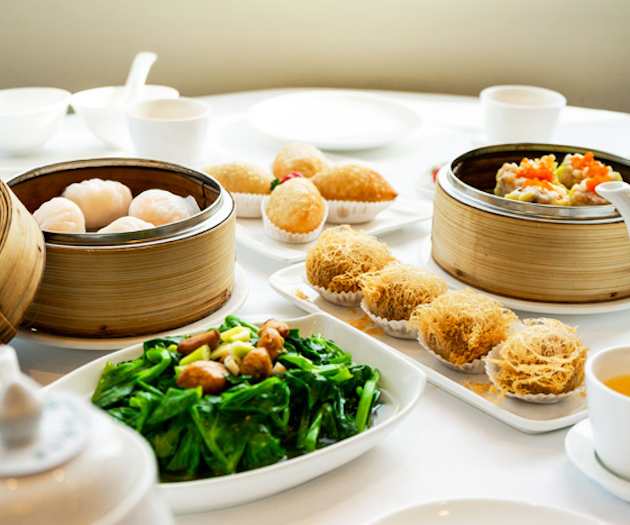