For the inaugural Stems of Hope gala, a benefit for the Three to Be foundation held Saturday at the Kool Haus, event producer Jared Florence wanted guests to experience an evening of entertainment surrounded by whimsical decor inspired by the imagination of a child. "We wanted to really create something exceptional," said Florence, who co-founded Three to Be with his wife, Dana, after the couple's triplets (now two and a half) were all diagnosed with cerebral palsy when they were 10 months old.

"We were inspired by our kids, and we want to help families in our situation," said Florence (of VisionCo.), who planned the event in conjunction with creative director Jeff Kahane (of Eyecon Creative). (Both worked independently of their companies.) A sold-out crowd of 760 guests filled the venue for the event, presented by Aim2Walk in association with PT Health and hosted by Global Toronto news anchors Leslie Roberts and Anne Mroczkowski. Funds raised at the benefit will finance stem cell projects at the Hospital for Sick Children and rehabilitative research at Holland Bloorview Kids Rehabilitation Hospital.

"The whole idea is that it's inside the mind of a child, inside a healthy living brain," Kahane said of the decor, handled by Scott McAllister of Anonymous Events Inc. "The main room is like being inside the brain, and the hallway is like the portal." The event team placed 10 volunteers behind two 20-foot walls of red spandex in the foyer. As the volunteers poked the fabric with their hands, the wall became a moving element, meant to evoke the movement amid neurons, Kahane said.

Inside the main room, props like giant flowers, building blocks, and a tree trunk with a face (reminiscent of the talking trees that threw apples at Dorothy in The Wizard of Oz), added to the whimsical theme. Silver ropes surrounded the V.I.P. lounge, which filled almost half of the space. White and silver furnishings from Luxe Modern Rentals topped a green carpet, and colourful lighting lit the room.

Three to Be's logo decorated the floor in front of the stage, where Dr. Freda Miller, a senior scientist in the developmental and stem cell biology program at the Hospital for Sick Children, addressed the crowd. Florence displayed oversize photos of the triplets—Taylor, Cole, and Brody—above one of the venue's two bars, topped with vases of flowers and letters on stems that spelled out the word "hope."

Holland Bloorview and the Hospital for Sick Children presented information displays where guests could learn more about the work being done at both institutions. The evening also included a silent auction with more than 100 items, and a live auction (that raised more than $100,000) in which guests could bid on prizes like a trip for two in a private jet to the Masters Golf Tournament in Augusta, Georgia, and Alexandre Bilodeau's autographed Olympic skis (worn during his gold-medal-winning run in Vancouver this year).

"This was a huge challenge because it was such an emotional roller coaster," Florence said of the event. "This is from the heart." 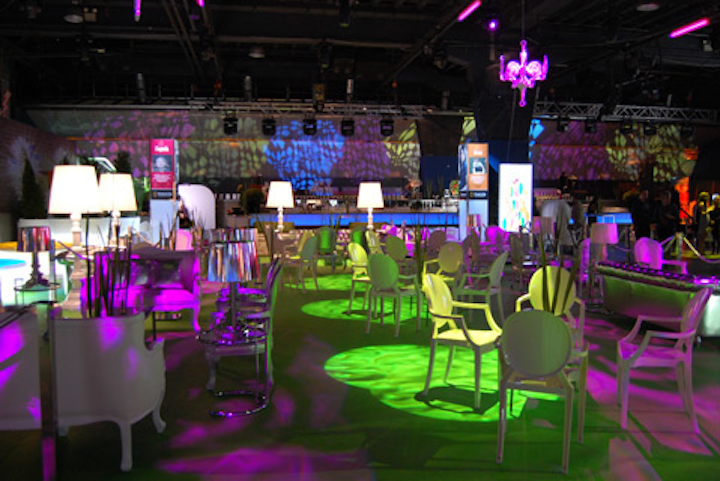 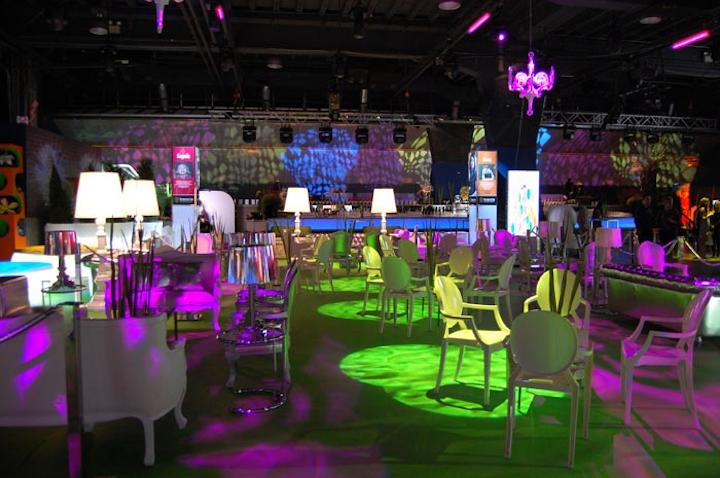 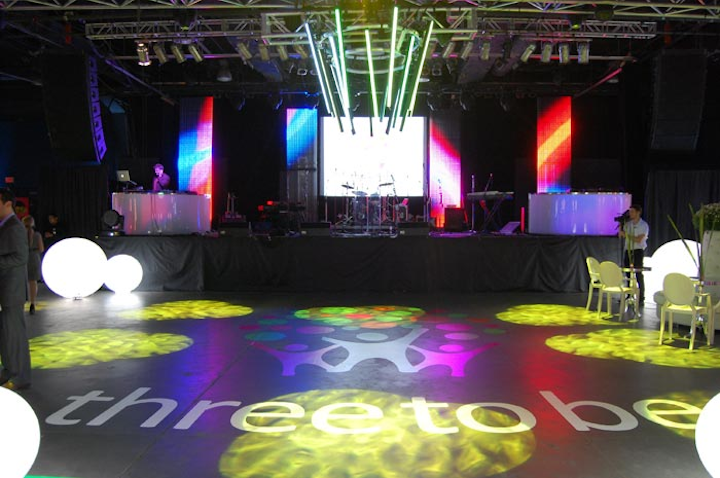 The Three to Be logo marked the floor in front of the stage, flanked by glowing white orbs.
Photo: BizBash 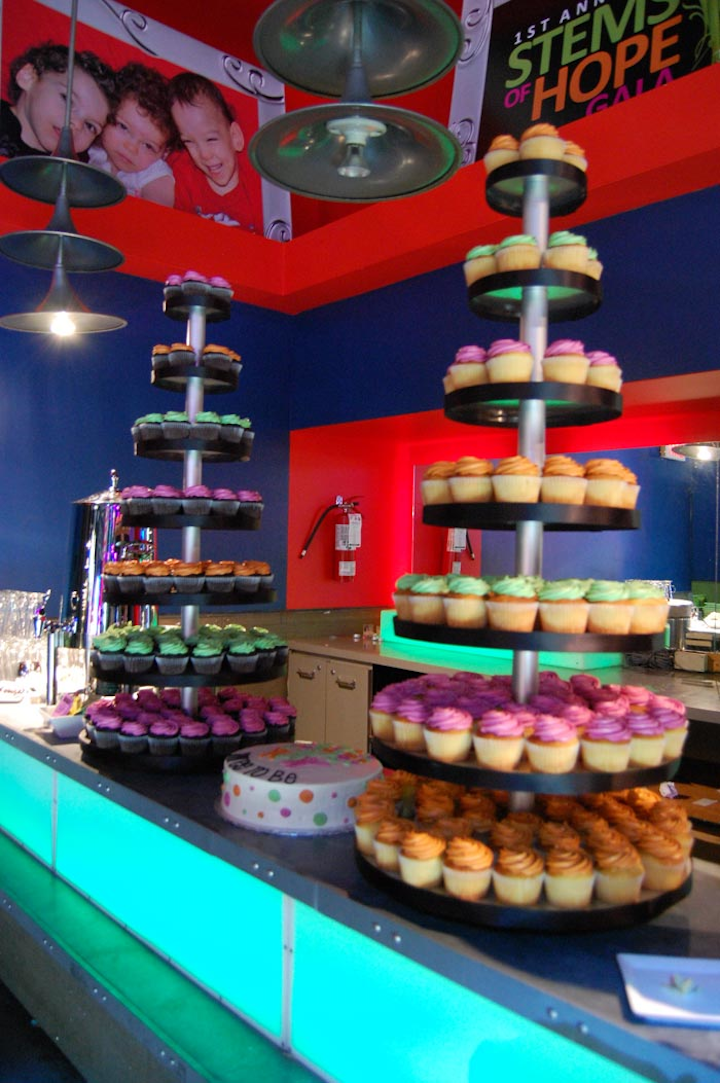 Event producer Jared Florence placed photos of the triplets—Brody, Taylor, and Cole—above the bar and over the dessert station.
Photo: BizBash 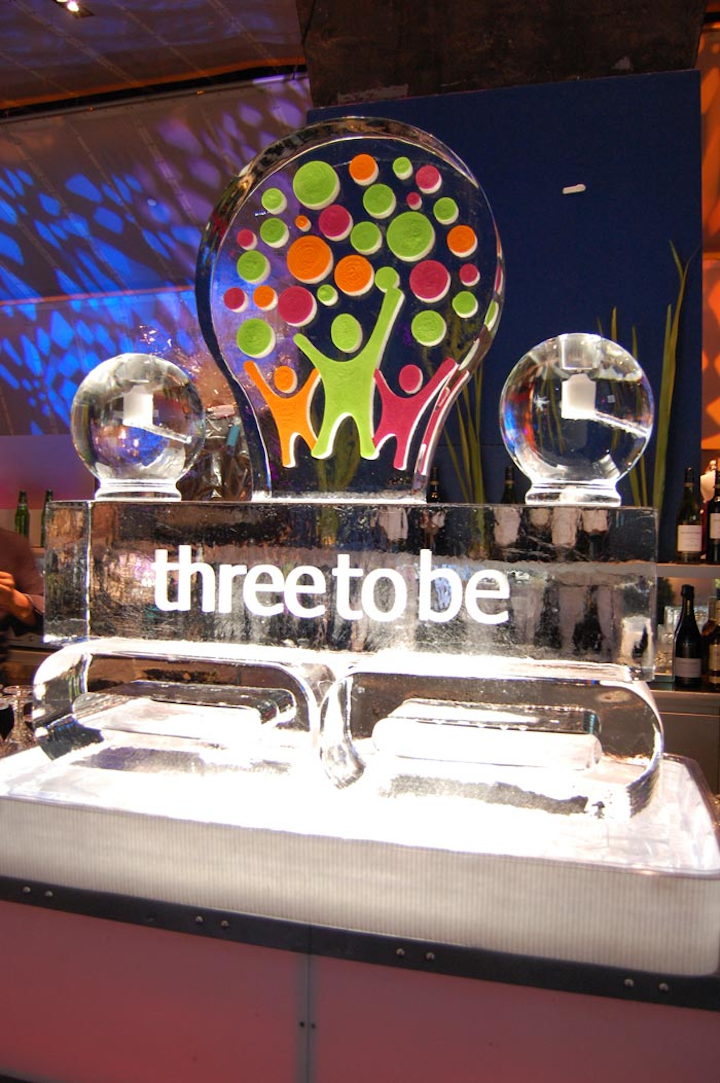 An ice sculpture, created by Iceculture, depicted the logo for the Three to Be foundation.
Photo: BizBash 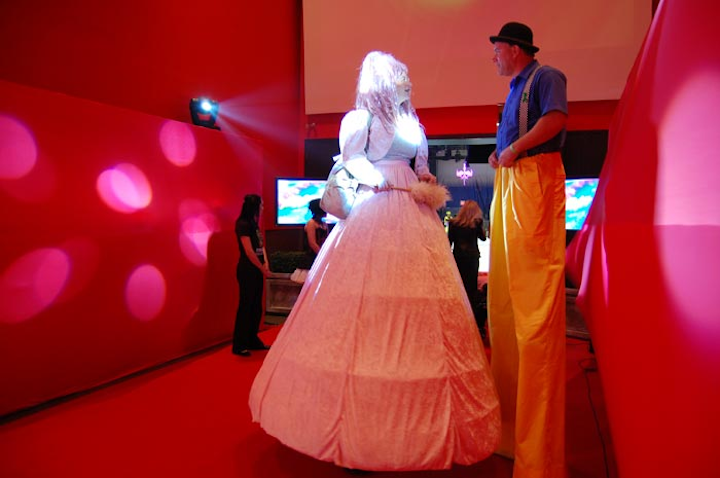 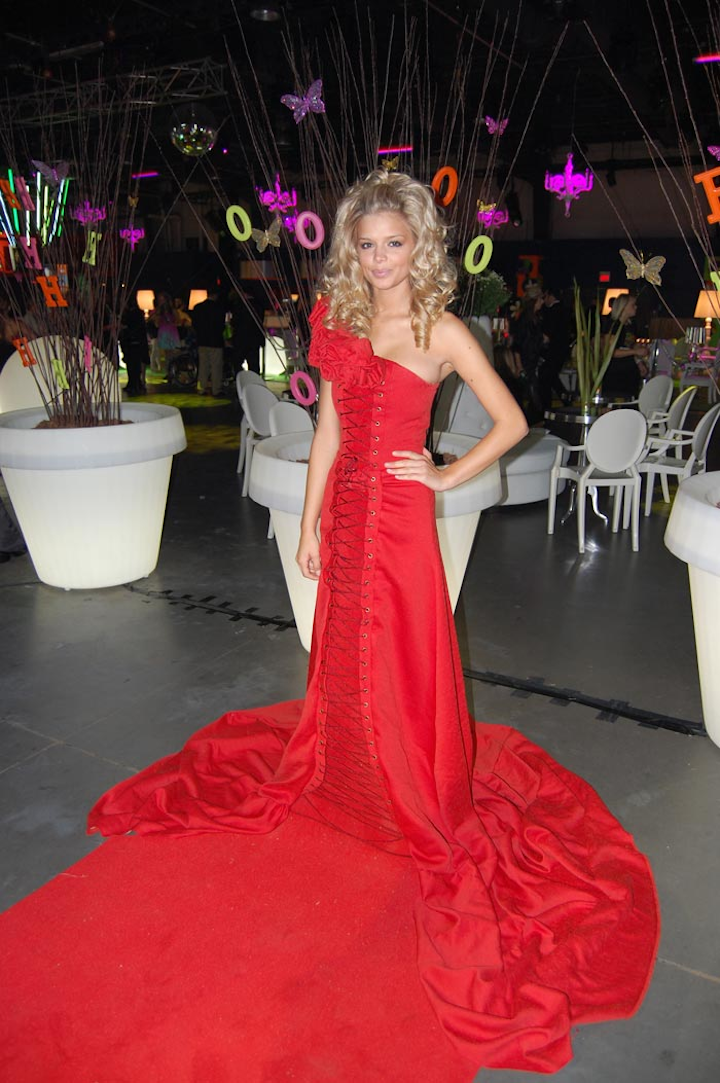 A model dressed in a flowing red gown greeted guests at the end of the red carpet.
Photo: BizBash 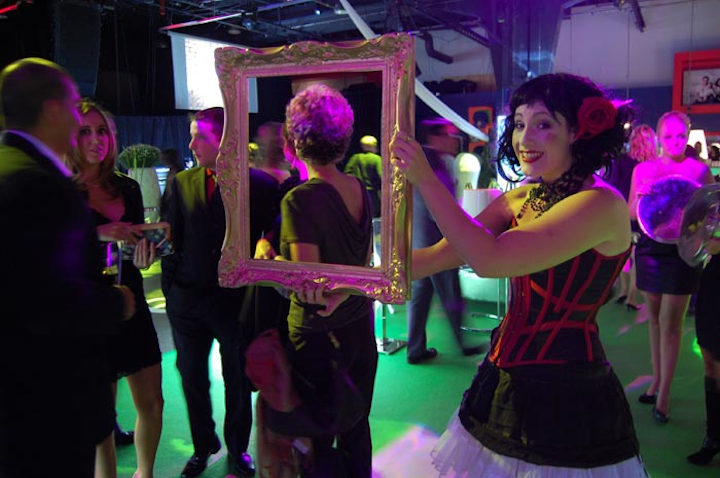 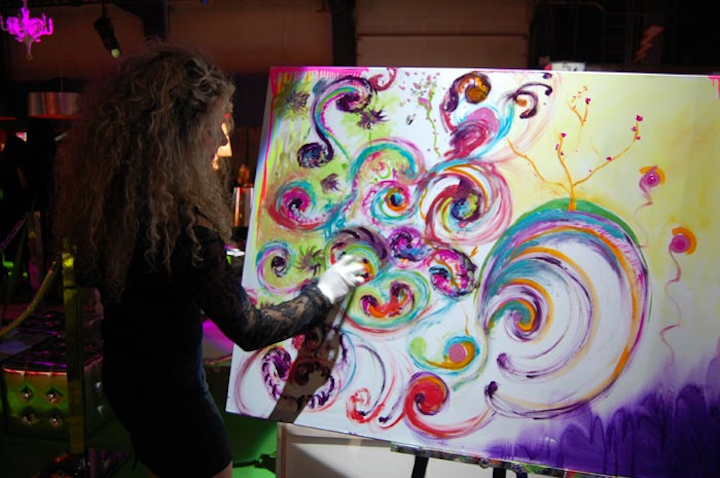 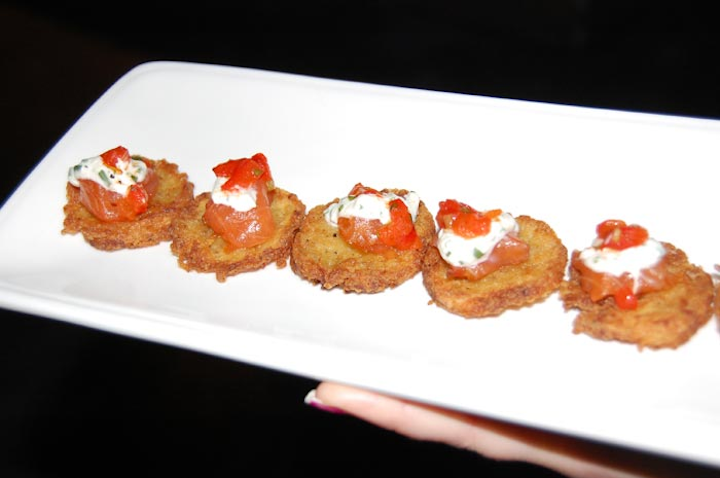 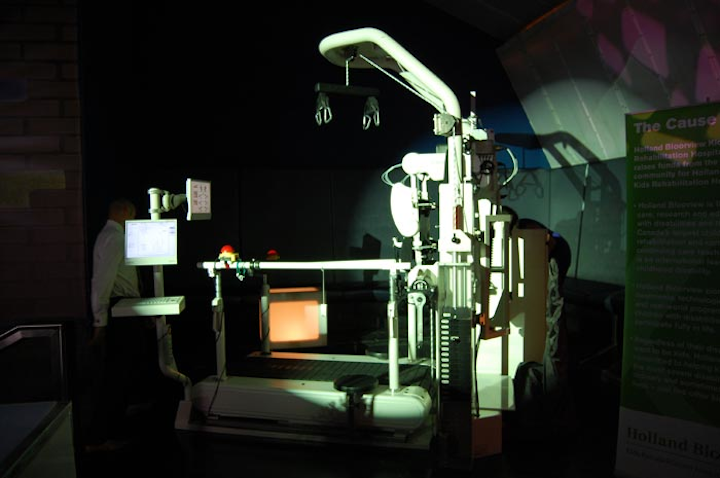