ESPN the Magazine supplied guests with beer, popcorn, candy, and a live performance from Third Eye Blind at its 10th anniversary party.

Anna Sekula
For its 10th anniversary, the staff at ESPN the Magazine wanted more than just to look back on its past. The crew at the mag (from editorial to marketing to sales) wanted to bring just about everyone who had ever had a hand in the magazine—some 1,200 staffers, advertisers, sports stars, and friends—to a lively party that brought to life the cover and the concept of the anniversary issue. Wednesday night's event at Terminal 5 was certainly festive, with popcorn, candy, and beer, mixed with casino games, sponsor displays, and an energetic performance by Third Eye Blind. Starting at 9 p.m., the west side venue quickly filled with eager revelers, who lingered until midnight.

ESPN's in-house team for the party included Steven Binder, vice president of sales for ESPN Publishing; Blandine Reid, senior director of magazine marketing; and Tony Leake, assistant marketing manager of special events marketing. Binder brought title sponsor Porsche to the table—a first-time advertiser with the magazine—while Reid translated this into how the sponsors and advertisers could be integrated into the event, and Leake worked with Los Angeles-based Wendy Creed Productions to implement the design and production elements.From a marketing and design perspective, Porsche was a natural fit, as its signature colors of red and black match ESPN's and the tagline for its latest car campaign ("The bloodlines are unmistakable") almost mimic the magazine's motto for highlighting its heritage and future ("Then, Now, Next"). Thus, the carmaker got a prime spot in the magazine and the venue—a gatefold in the front of the issue and displays at the entrance and in the first room of Terminal 5. Smaller opportunities existed for other advertisers including Foot Locker, which had uniformed staff at the event.

Distinct areas in the venue showcased the time line of the magazine, including a video projected onto a huge, circular screen over the main floor, custom coffee tables made with large flat-screen TVs (which also played the video loop), and a 19-foot-long by 9-foot-tall wall consisting of every ESPN cover ever printed. The anniversary logo and tagline appeared elsewhere, embedded in the custom red carpet at the front, projected on a neighboring building outside, and shone onto fabric panels hanging in the main room. Worn by the sports stars featured on the anniversary issue's 10 different covers, a baseball cap with a specially designed diamond and ruby plate was also featured at the event, in a guarded glass case next to the Porsche.

Apart from all the branding, the idea was to create the feel of an urban loft party within the roomy concert hall, so lounge furniture and cocktail tables filled the main space and the second floor, Heineken served bottles of beer from the bar, guests filled bags with candy from one table, and models in Under Armour outfits passed bags of Garrett popcorn. On the third level, livelier guests could try their hand at blackjack, roulette, and craps while others posed at a custom photo booth for personalized magazine covers. Providing music to get the crowd dancing, DJ Reach spun from the stage, flanked by caged dancers, and later the performance from Third Eye Blind had many jumping around and waving their arms enthusiastically. 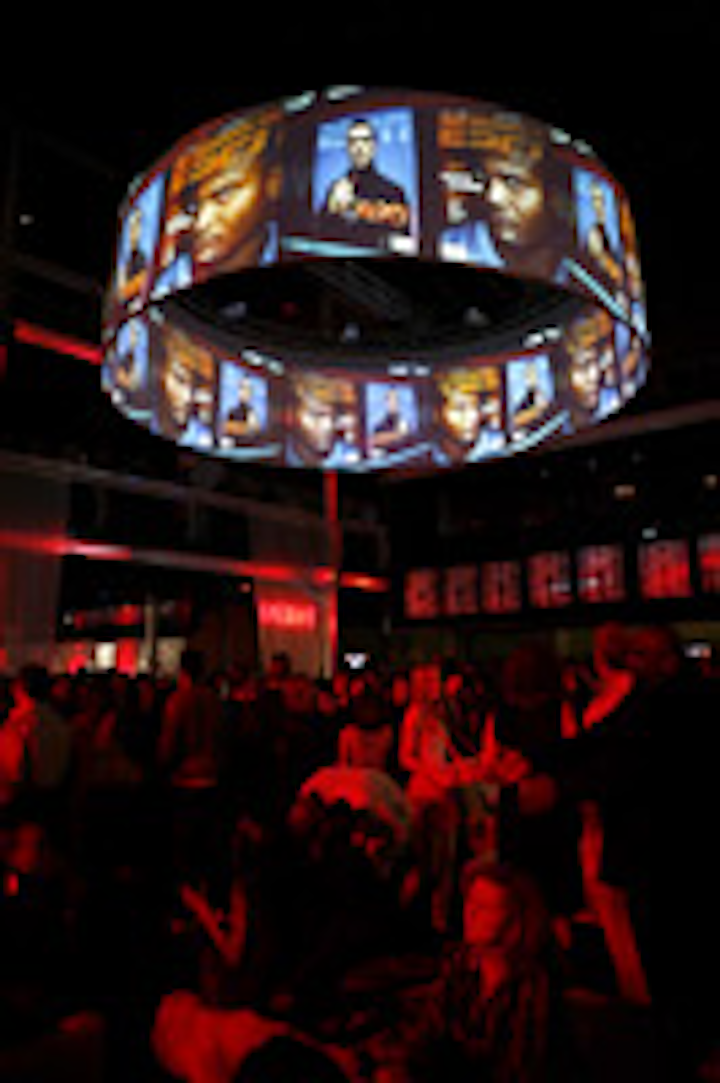 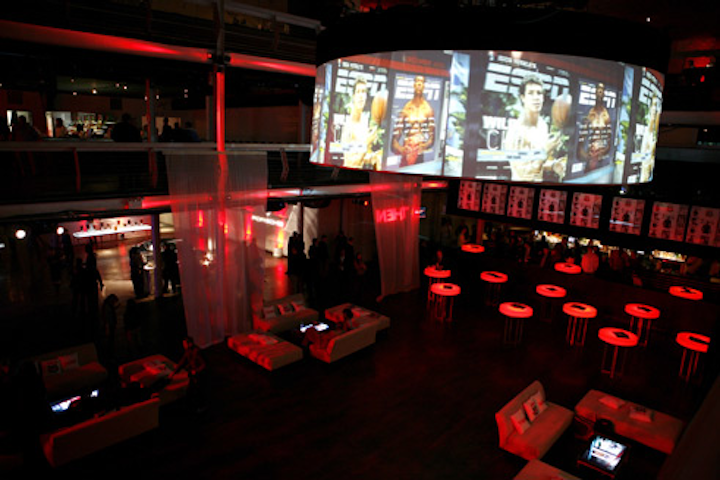 Amid red and black lighting and decor, the covers of the magazine were splashed across many surfaces of the venue. The event's tagline and logo were projected onto sheer drapes that hung in the main room.
Photo: Joe Fornabaio for BizBash 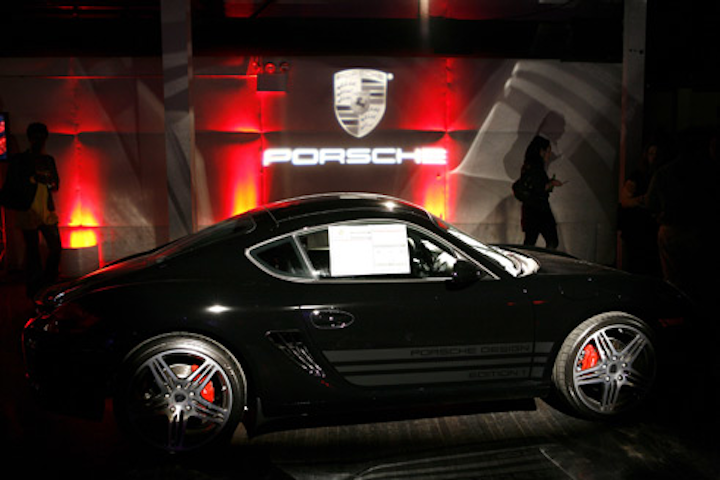 As title sponsor, Porsche got a prime spot at the event to showcase one of its newest vehicles.
Photo: Joe Fornabaio for BizBash 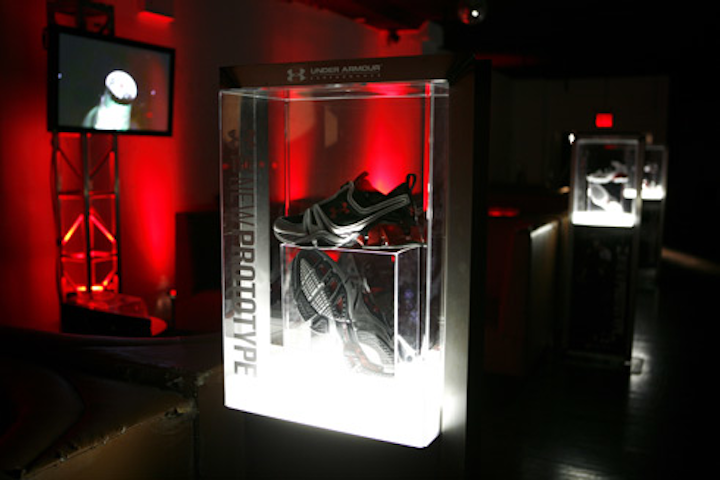 Sponsor Under Armour displayed its wares in a second-floor lounge area.
Photo: Joe Fornabaio for BizBash 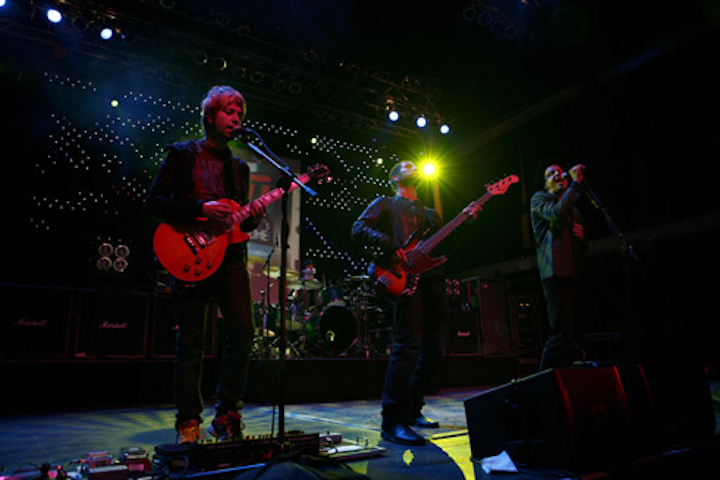 Following a short speech from the heads of ESPN the Magazine, Third Eye Blind performed to an enthusiastic crowd.
Photo: Joe Fornabaio for BizBash 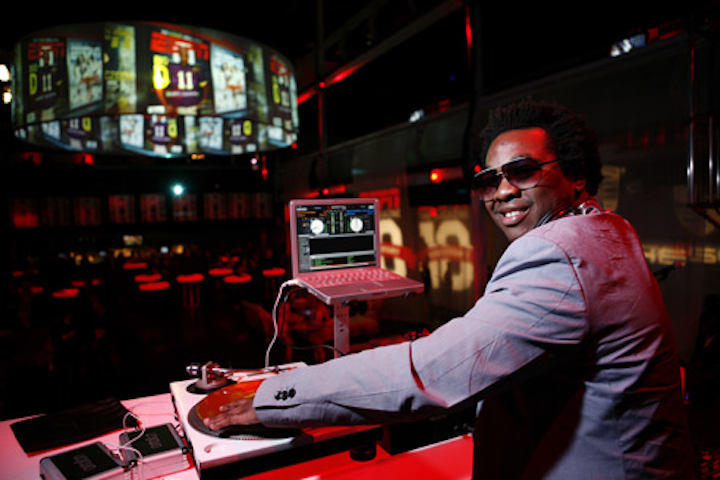 Before and after the band's set, DJ Reach spun tunes like "She Drives Me Crazy" and "This Is How We Do It" to get the crowd on their feet.
Photo: Joe Fornabaio for BizBash 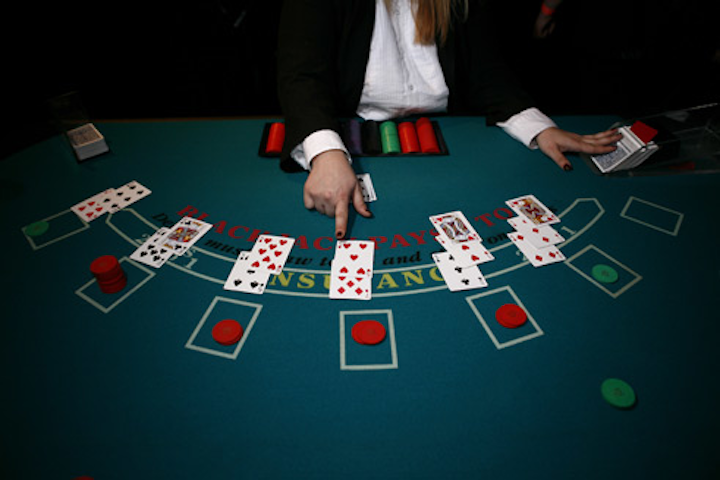 A gaming section on the third floor held tables for blackjack, roulette, and craps.
Photo: Joe Fornabaio for BizBash 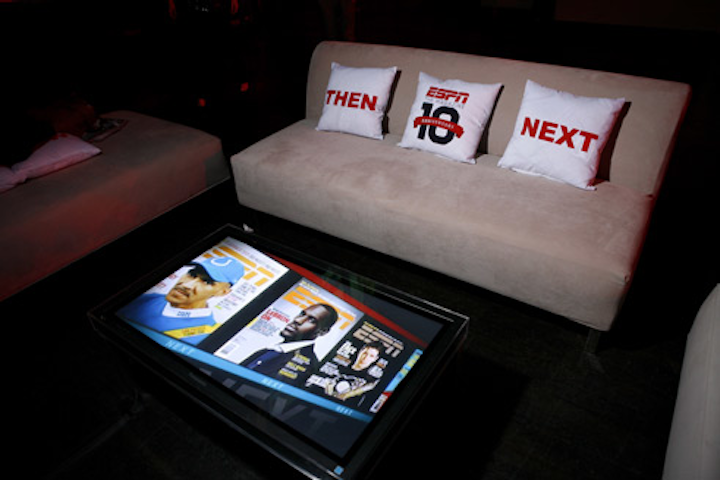 Intimate groupings of lounge furniture on the main floor were circled around custom coffee tables, which were essentially flat-screen TVs with legs.
Photo: Joe Fornabaio for BizBash 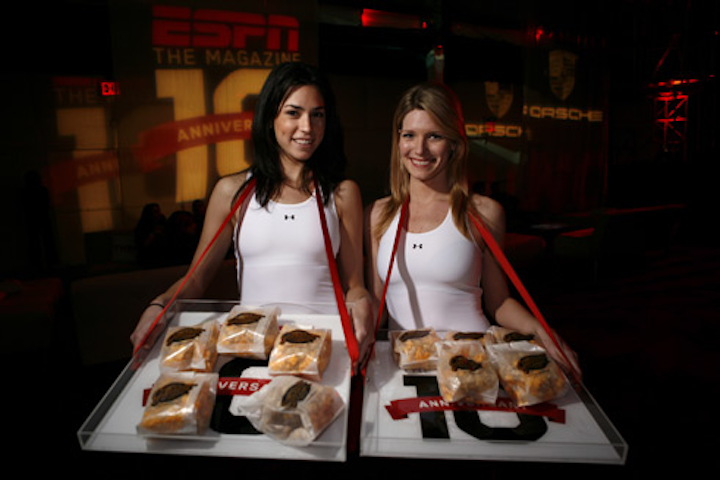 Dressed in slightly skimpy outfits from Under Armour, female staffers handed out bags of popcorn from Garrett.
Photo: Joe Fornabaio for BizBash 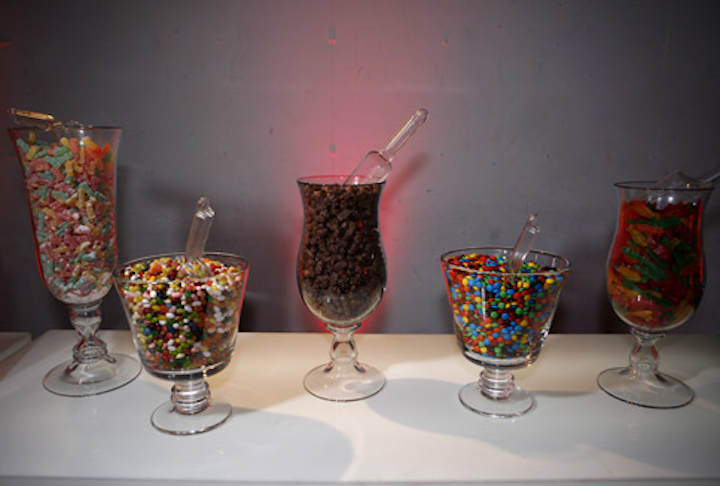 Guests could fill bags with a selection of candy from one bar.
Photo: Joe Fornabaio for BizBash 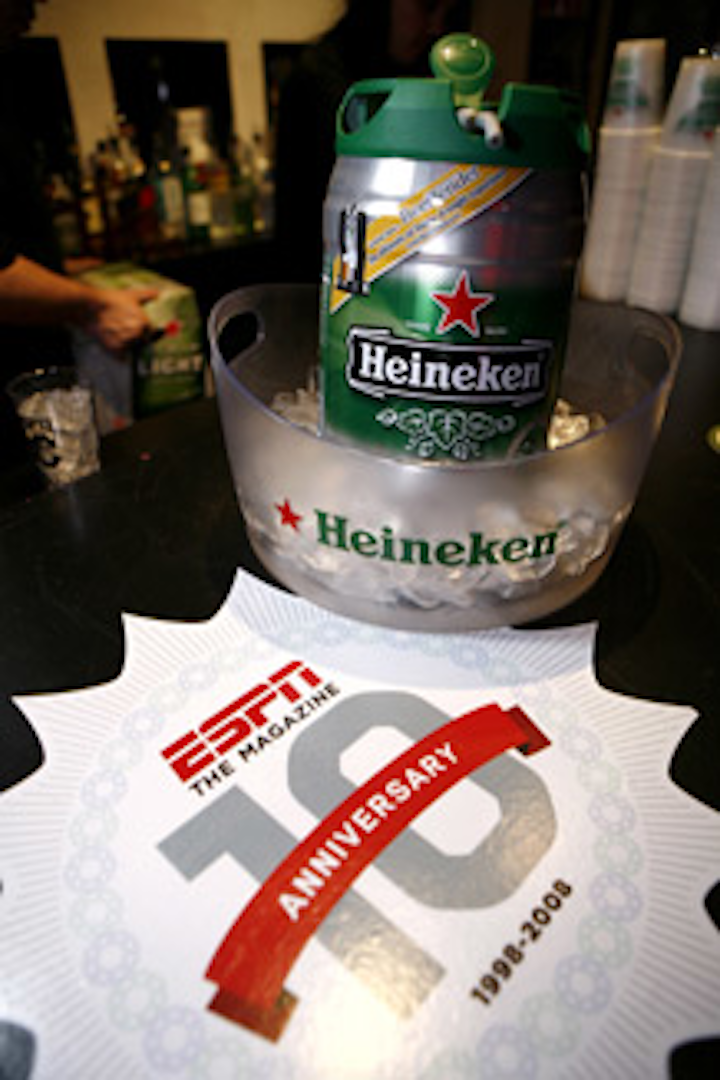