Broadway stars Patti Lupone, Audra McDonald, Michael Cerveris, and George Hearn took to the stage at Ravinia on Saturday night for the women's board gala (No. 5 on our list of Chicago's top theater, dance, and music events). Backed by the Chicago Symphony Orchestra, the vocalists performed a sampling of Stephen Sondheim songs, and an ensuing dinner also paid homage to the American composer.

In a collaborative email, co-chairs Susan Elliott and Marcie Stein said that this year's fund-raiser celebrated the 80th birthday of Sondheim, who was born in March 1930. In keeping with the theme, the co-chairs said, Kehoe Designs gave Partytime Productions' dinner tent an "elegant Broadway look and feel." On each table, sheet music covered towering vases. In the centerpieces, tiny lights illuminated branches, and draping printed with a piano-key pattern formed one wall of the tent.

Jewell's menu also took on a song-and-dance inspired look. For dessert, assorted sorbets and ice cream came on plates ringed with the same piano-key pattern that appeared in the draping. Dubbed "the Gypsy" in honor of the 1959 musical with lyrics written by Sondheim, another option was chocolate cake in the shape of a skirt, topped with with a chocolate mousse bodice and a stole made of meringue.

The event followed a string of New York concerts and benefits—including a performance at Lincoln Center with a cast including Chicago's four headliners—tied to the birthday year. 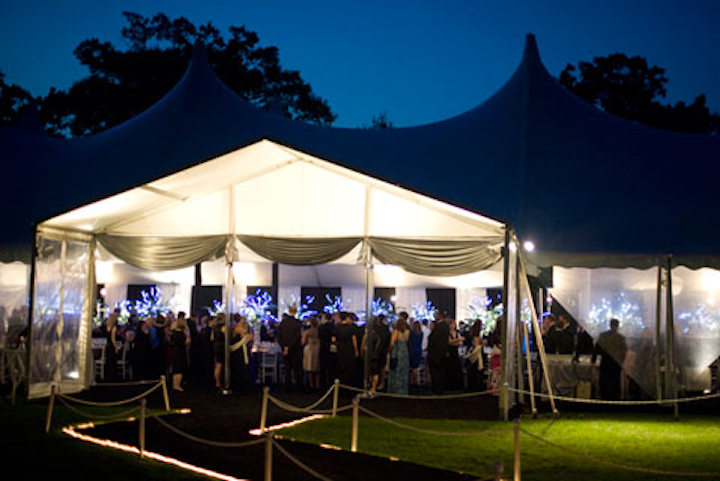 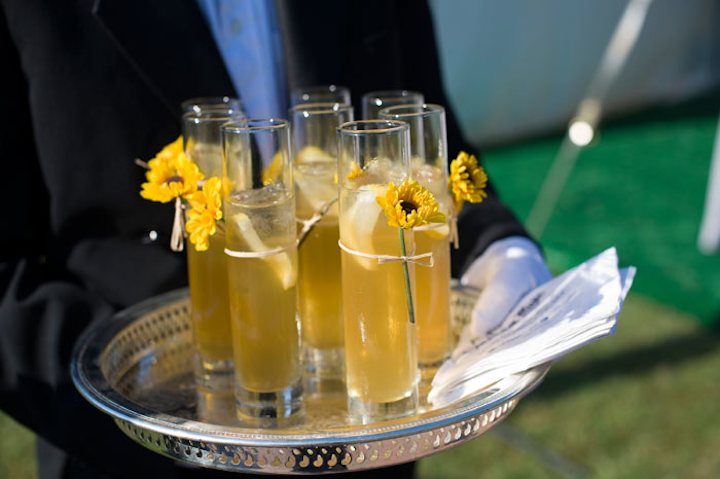 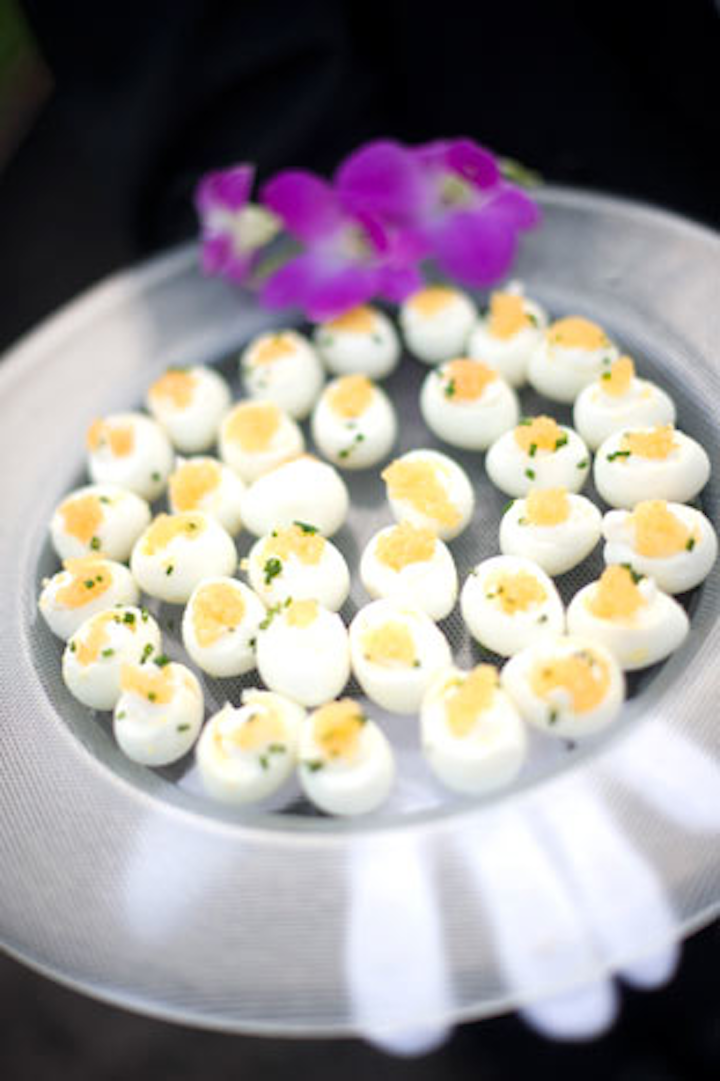 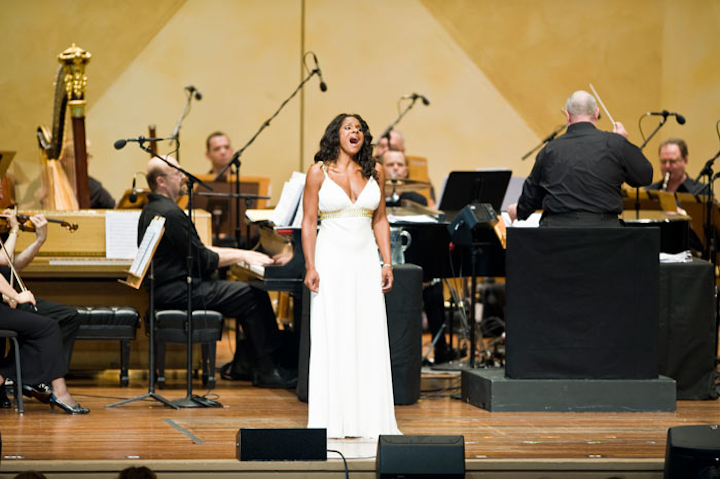 During the program, Broadway star Audra McDonald sang Sondheim classics such as "Anyone Can Whistle."
Photo: Russell Jenkins/Ravinia Festival 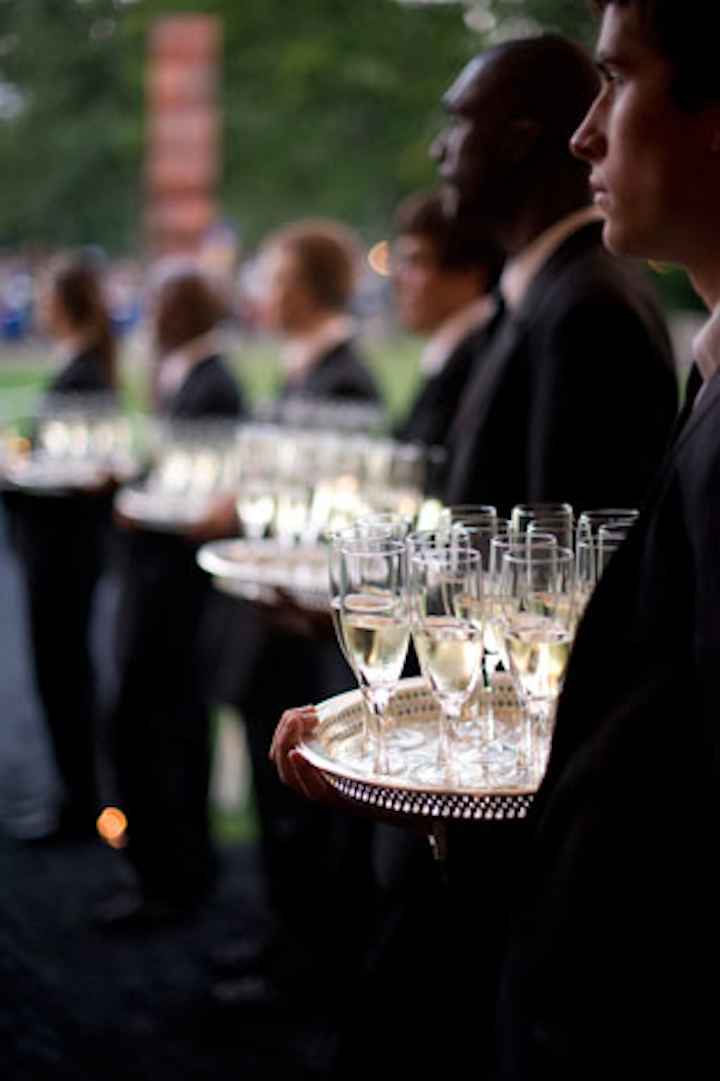 At the entrance to the dinner tent, a line of servers offered flutes of champagne.
Photo: Patrick Gipson/Ravinia Festival 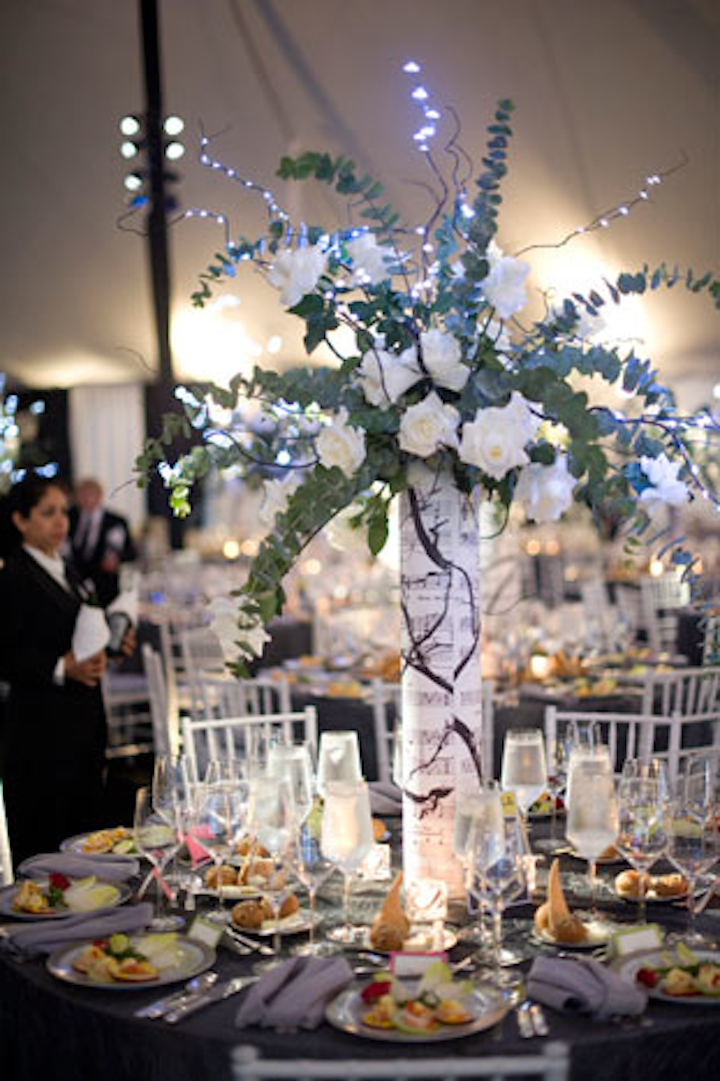 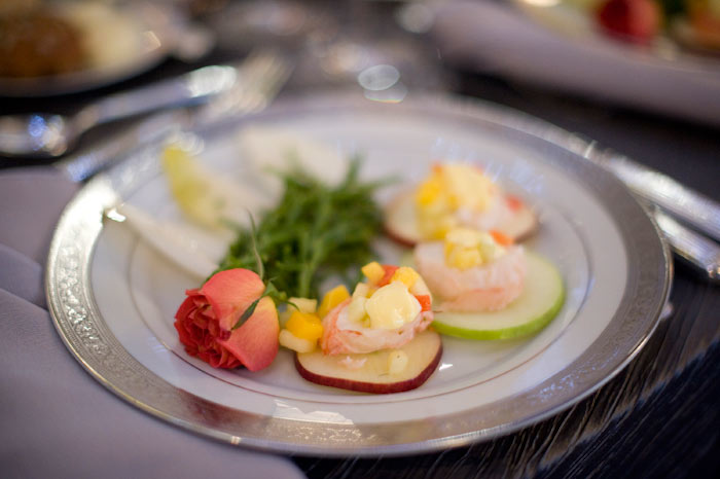 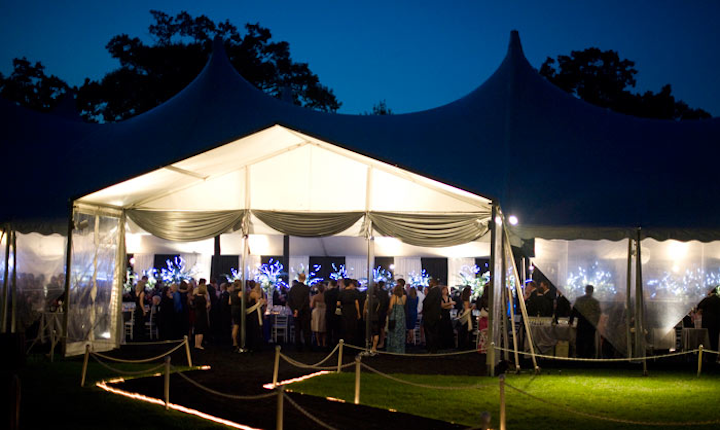